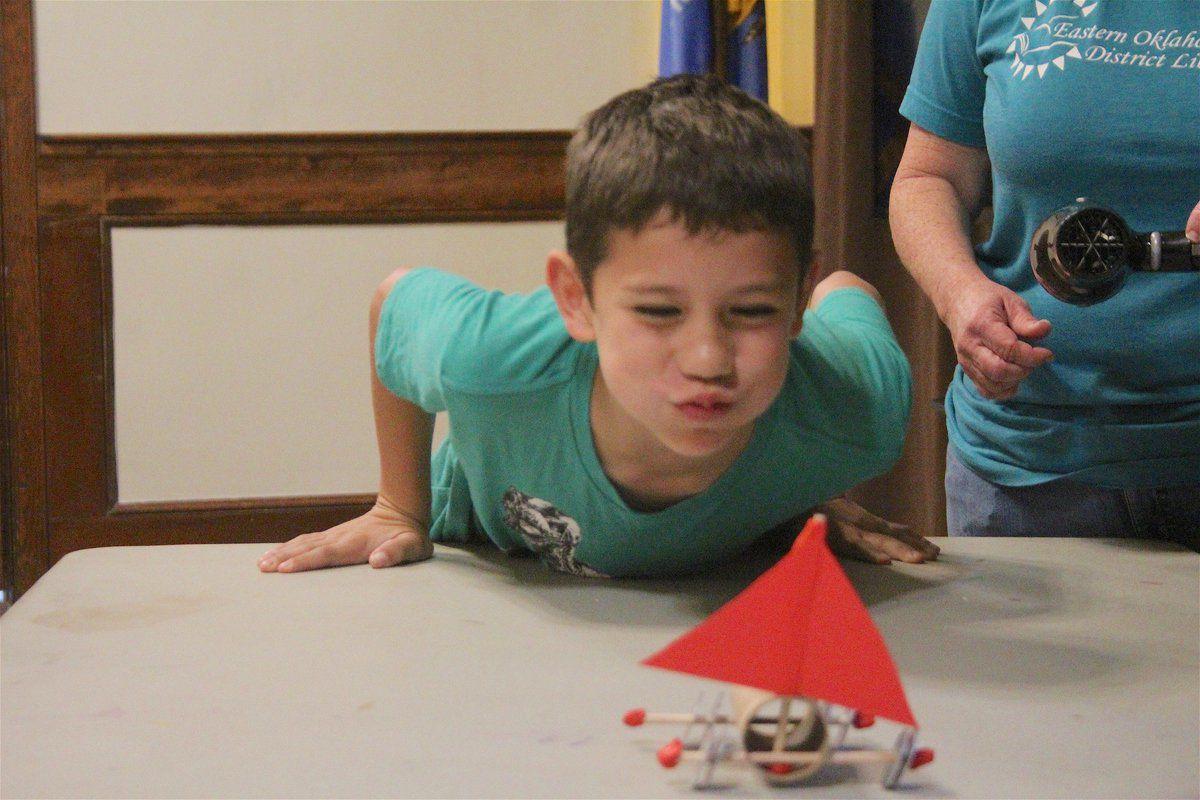 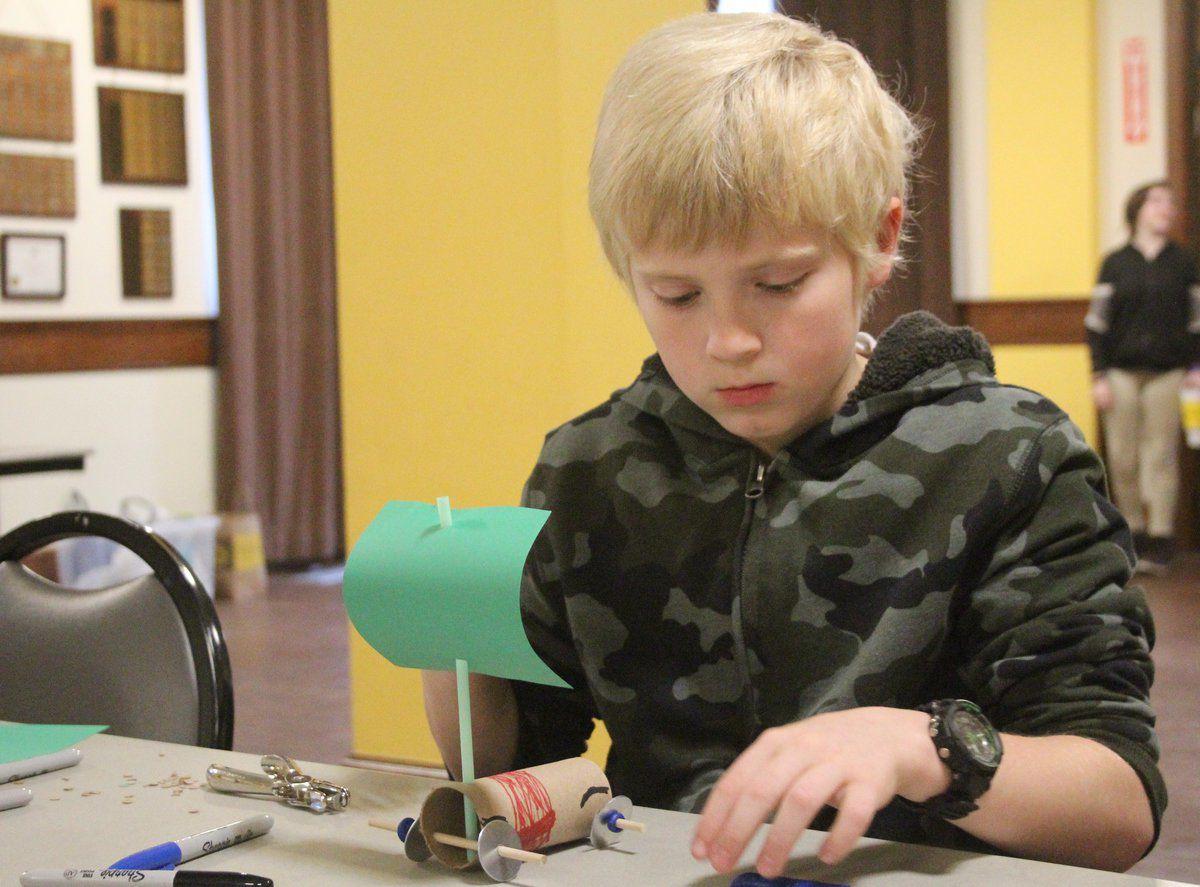 While many students out of school this week are unplugging and giving their brains a rest, some other kids decided to use their time to learn about the science of motion.

The Tahlequah Public Library on Tuesday hosted Speed Racer Science for third- and fifth-graders, who learned a thing or two about how objects move, built their own vehicle out of everyday items, and walked away with more literature than they showed up with.

Jane Adams, library employee, taught the group of students about Newton's first law of motion, which is the law of inertia.

"If something has more mass, it has more inertia, so it's more resistant to moving," Adams told the kids. "Friction is a force between objects touching each other that keeps them in place or slows them down. So when you're walking, think about the friction on the ground. Have you ever been running and hit some water and fell? That's because the friction on the water is less than the friction on ground, so you're not sticking to it as well."

The students engaged in conversation with Adams throughout her brief lesson. They answered questions and participated in hands-on activities that helped them understand motion. Trae Kupsick said some of the information was new to him, while some of it wasn't.

"I learned that friction - whenever you run and there's something in between you and what you're running on, you'll slip down and fall," said Trae. "It's like ice skating and how the blades go across the ice."

Trae also admitted he and his brother, Tanner, struggled with friction the last time they went ice skating.

The students also discussed with Adams how different objects - like sailboats, trains, and space shuttles - move. The students responded that wind is how a sailboat would be powered, which is what they also used to rev up their own handmade vehicle.

"I named mine T-Bone Takedown, because my dad calls me T-Bone," he said. "I also watch a lot of 'Street Outlaws.' It's where they try to race on slick cement and then they race on the streets for money."

Once the youngsters built their contraptions, they tested them by first blowing on the vehicles, and then using a hair dryer to propel them along. They also made adjustments to the cars so they'd be more efficient.

Anderson Hatley's vehicle didn't go very far on his first couple of tries, but he made the unprecedented move to do away with his original sail that was used to capture the hair dryer's wind. Instead, he created a dead-end tunnel with his toilet paper roll, and that produced a much more efficient car.

"The whole object is to try to get the vehicle to move," said Adams. "It's just something to do during the break."

Prior to the lesson on the science of motion, Adams pulled out a few bins of books for students to peruse and take home for free.

"We had the literacy night a couple of months ago and we gave away books then, but we still have some left," said Adams. "So at a lot of the children's events we're giving away the books. They can sort through them and pick out what they want. So it's not like we're giving them a specific one."

Anderson walked away Tuesday with several books, one of which was "Tracker," by Gary Paulsen.

"I haven't it read it, but it's made by the author who wrote 'Hatchet,' and I really liked the book 'Hatchet,'" said Anderson. "It's about a boy who's flying in an airplane and the pilot has a heart attack, so he has to survive in the woods."

Anderson said he was excited to receive some free books and pointed out the benefits of reading.

"You get smarter, and reading is better than every other subject, because you can read about math and get better at math," he said.

For more information on upcoming events at the Tahlequah Public Library, call 918-456-2581, or visit www.eodls.org/tahlequah.