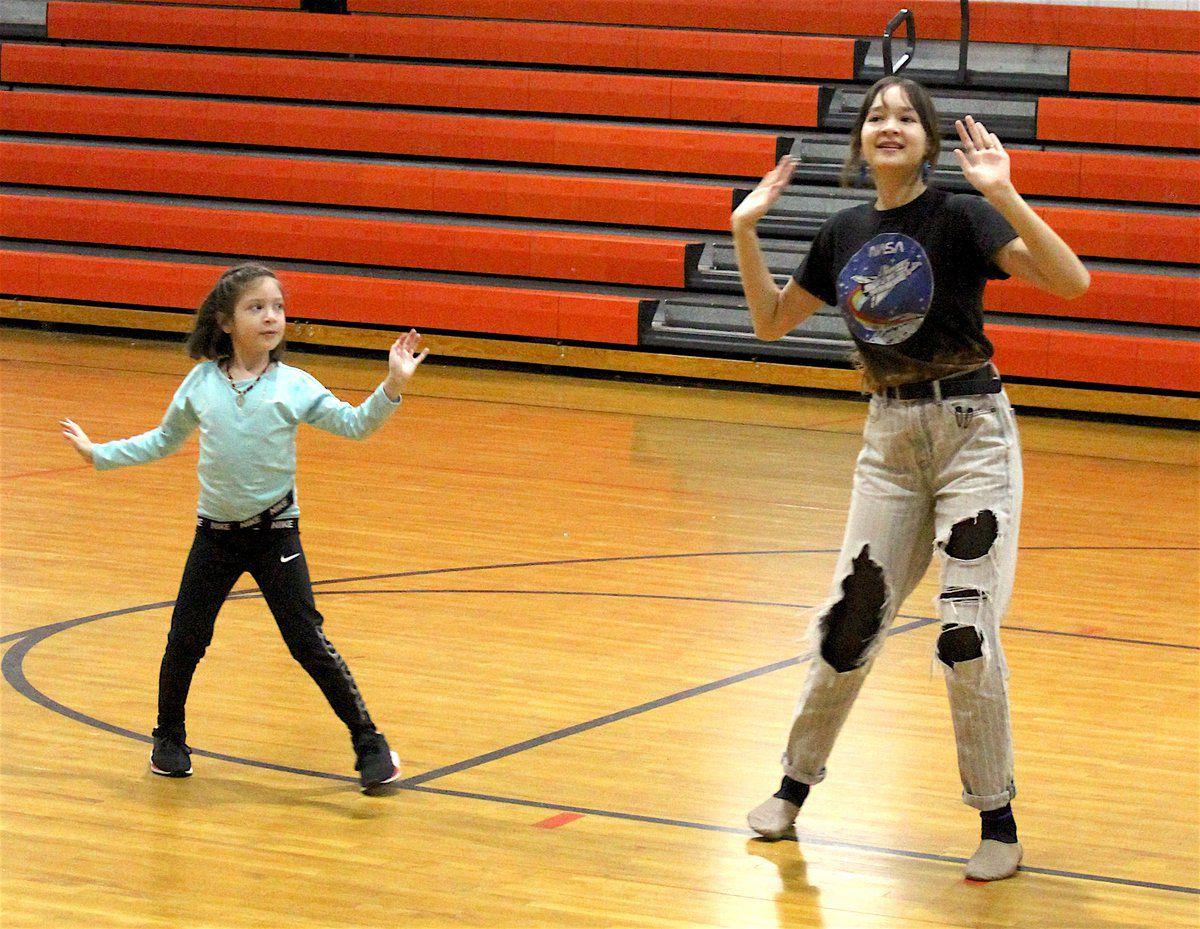 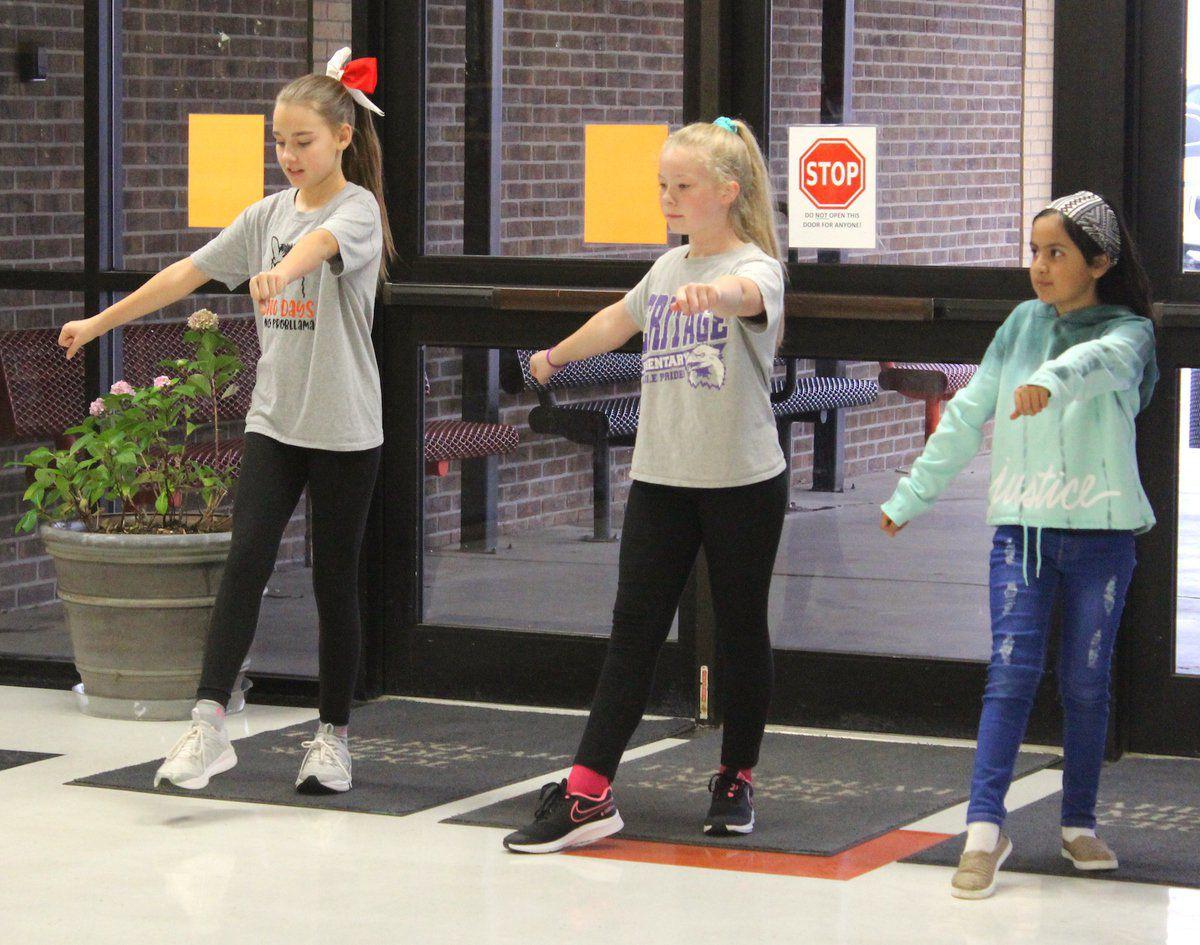 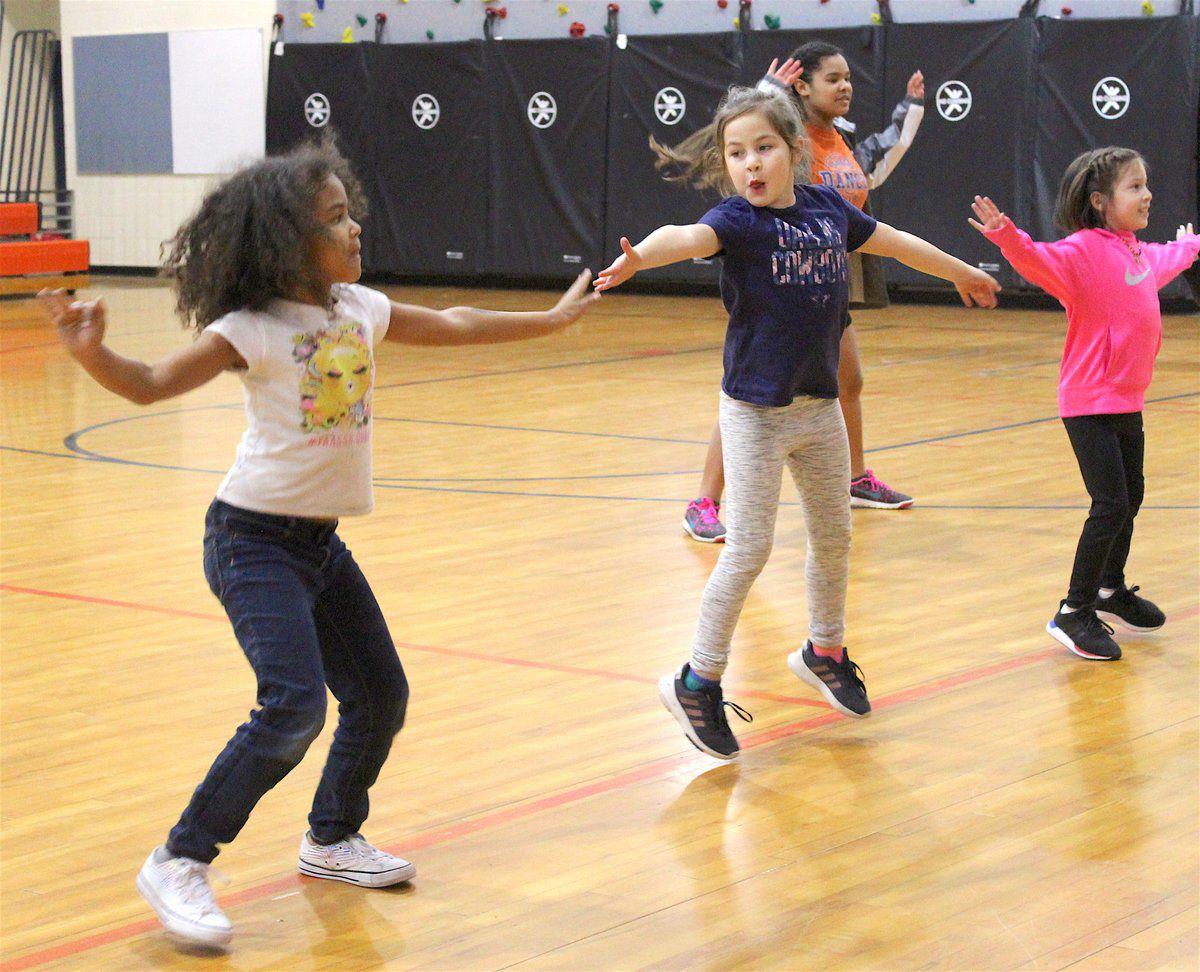 Almost 30 elementary school girls are participating in the Tiger Cub Dance Clinic, including, from front left: Nekya Tatum, Ally Blakely, and Amber Hernandez. The clinic is led by Tahlequah High School Pom Squad members, including, in back, Kelis Atkinson. 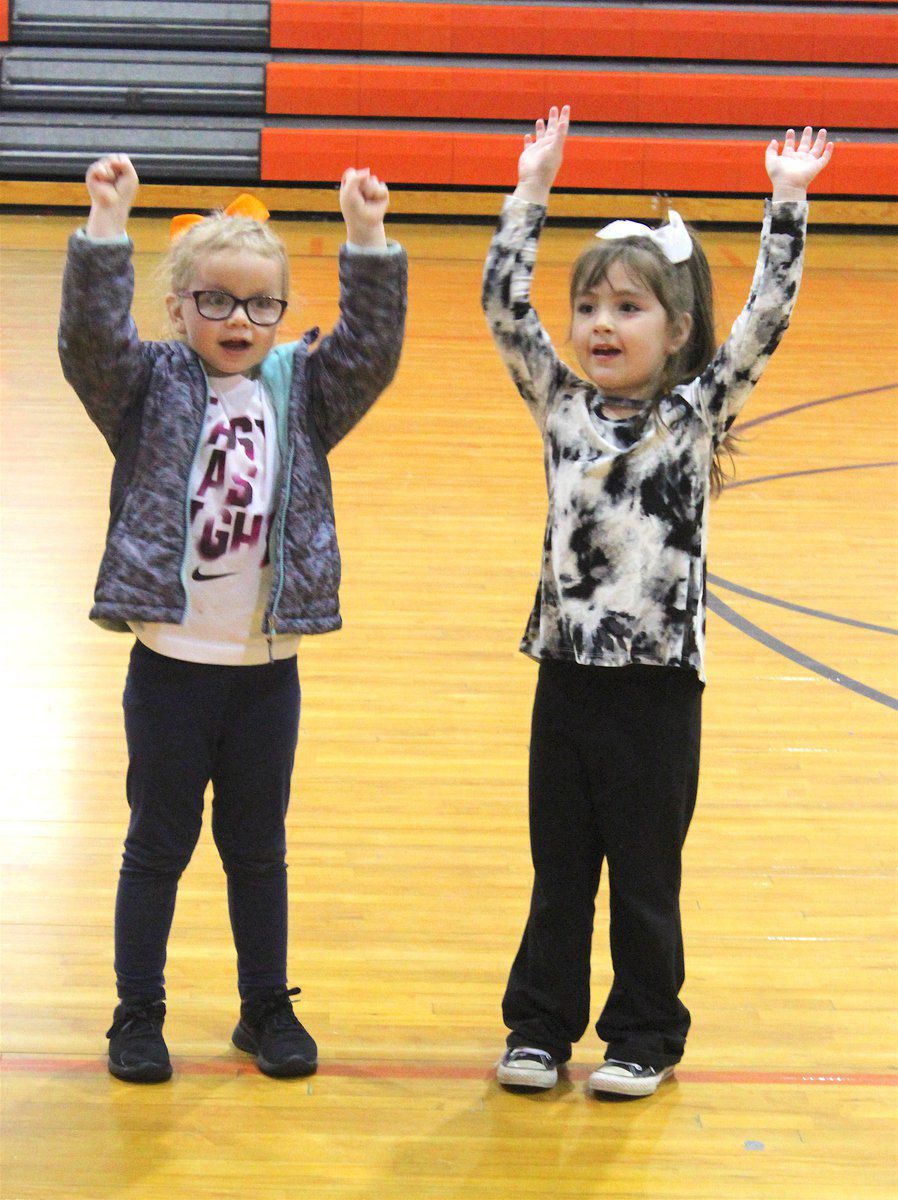 Almost 30 elementary school girls are participating in the Tiger Cub Dance Clinic, including, from front left: Nekya Tatum, Ally Blakely, and Amber Hernandez. The clinic is led by Tahlequah High School Pom Squad members, including, in back, Kelis Atkinson.

Members of the Tahlequah High School Pom Squad are leading more than cheers this week as they host the Tiger Cub Dance Clinic.

Almost 30 students in prekindergarten through fifth grade from Briggs, Grand View, Hulbert, and Tahlequah schools have been attending the four-day camp at Tahlequah Middle School. The group will perform Friday night at halftime of the THS boys basketball game.

The high schoolers made up the dance and selected the cheer to teach the campers.

"THS Pom is in charge. This is their fundraiser," said Amy Wright, pom coach. "They're doing a great job. They're processing how to do it, so it's a great learning experience."

Wright said there are more little girls participating than older elementary girls, but that is normal. Many of them had dance or cheer experience already.

Heritage Elementary School kindergartener Mak Eckert said she is always ready to perform, and she has a sister on the pom squad.

Her sentiment goes right along with the song the group will dance to: "Better When I'm Dancin'" by Meghan Trainor.

Brooklyn Tannehill, Hulbert second-grader, just competed in a dance competition in Oklahoma City with Rhythm Innovations Dance Company, and she looks forward to performing at the game.

"I thought it would be fun. My sister goes to Tahlequah and I wanted to show spirit," said Brooklyn.

"Two of my friends from hip-hop class are here."

The participants were separated into groups by grades to make it a bit easier on the THS students. Each group worked on a Tahlequah Schools cheer, the dance, and played games or worked on skills.

"The girls discovered it was really hard if all the groups were in the gym because they're all watching the others," said Wright.

While there have been other cheer and dance clinics in the district before, this is Wright's first time to host one with the high school pom group.

"The part we do that's just us is harder, and then the younger girls come up and the older girls get to lead," said Lyndsie Elliot, THS sophomore, who was helping the older elementary school students.

The third- through fifth-graders have been able to learn extra moves, such as toe touches and pirouettes.

"Because they caught on so fast, we taught them skills we use on the pom team," said Rachel Gibbs, THS junior.

"It's fun to experience," said Alexa. "I love dancing."

Tahlequah High School boys basketball is scheduled to tip off at 7:30 p.m. The Tiger Cubs Dance Clinic participants will perform at halftime.