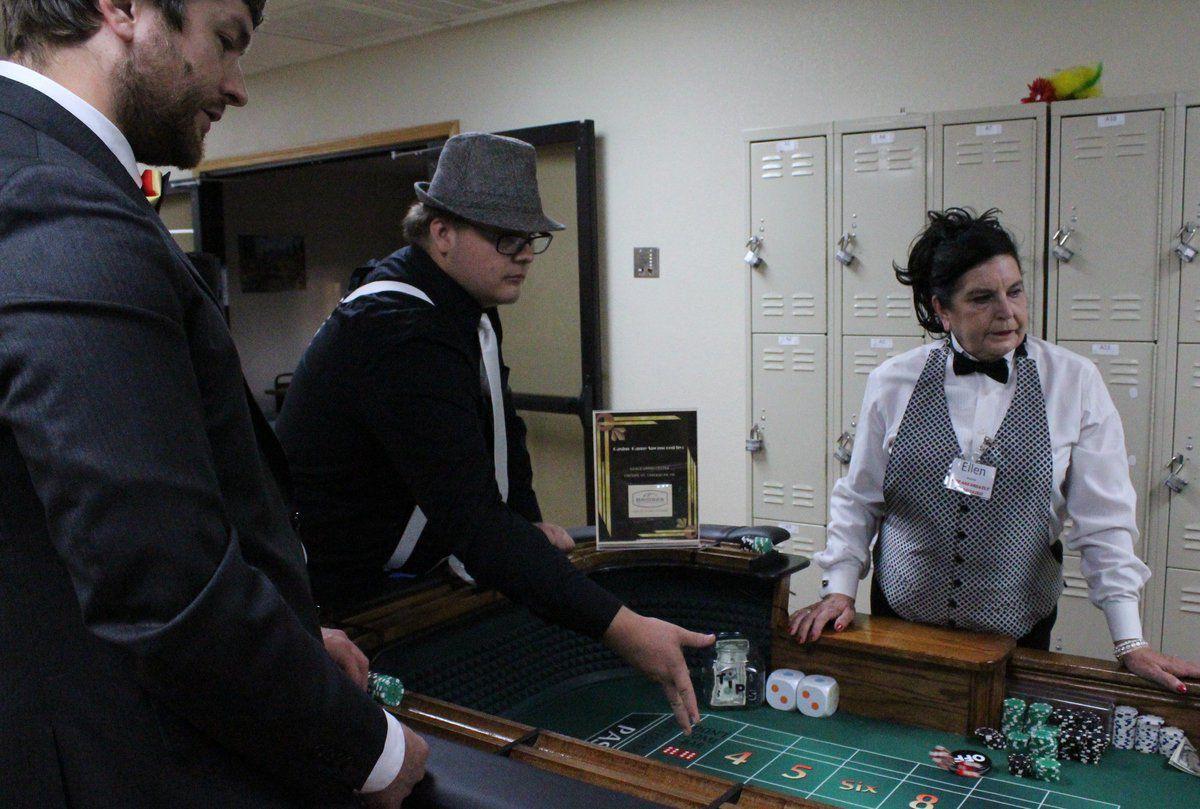 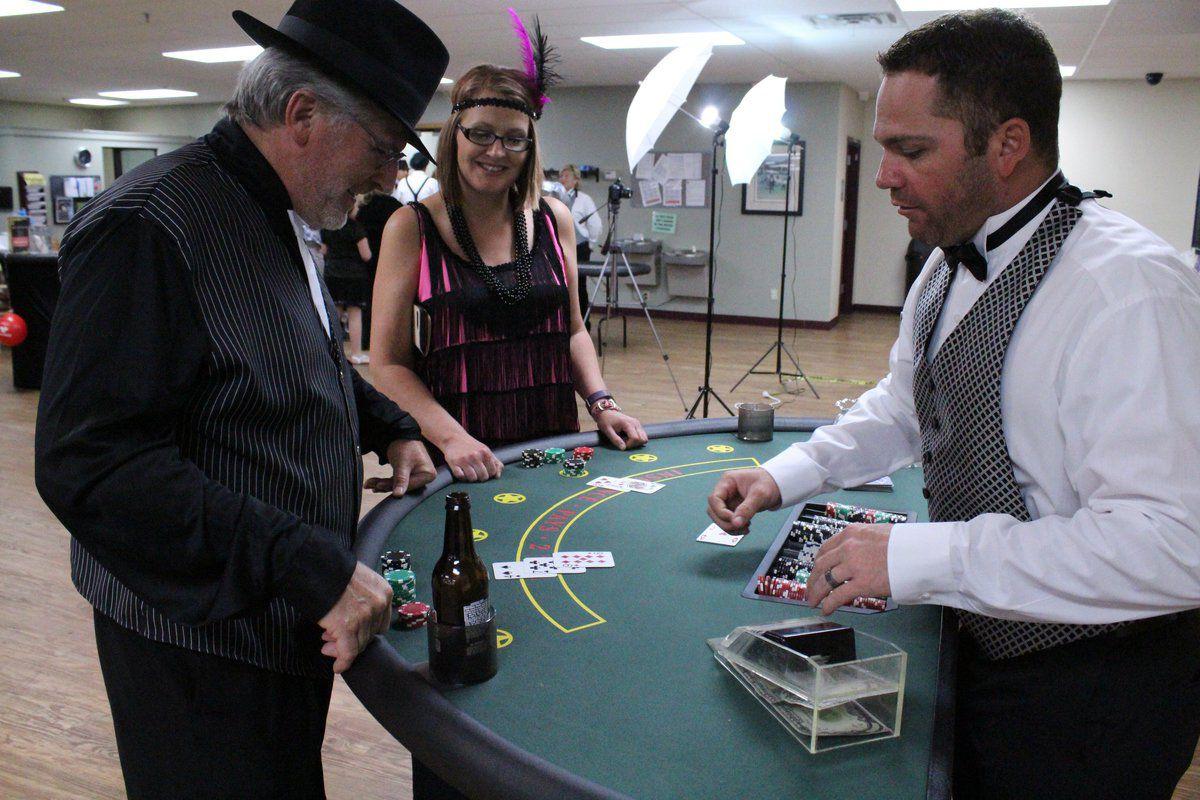 Justin Jackson, right, deals cards to Bree Long, center, and John Galdamez at the Cherokee Elder Care's Annual Fundraiser, The Turtle Round Up. 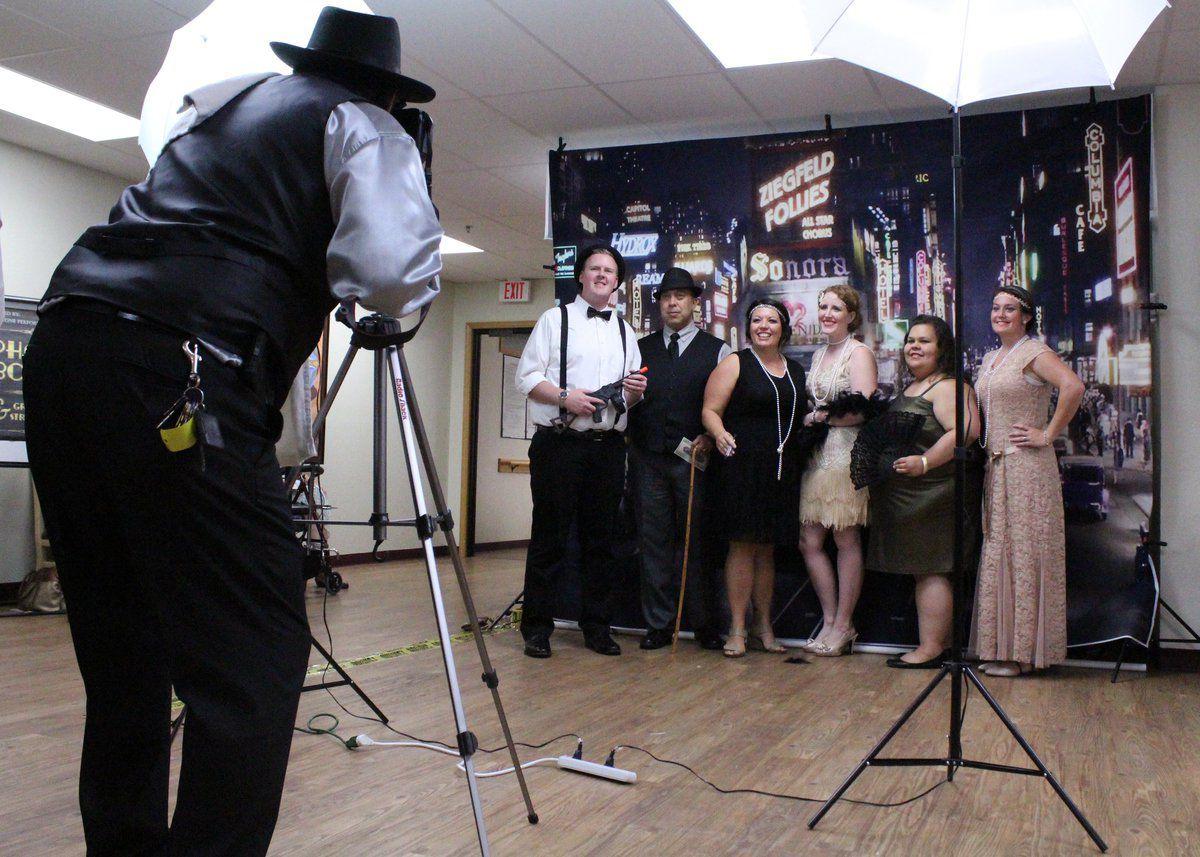 Justin Jackson, right, deals cards to Bree Long, center, and John Galdamez at the Cherokee Elder Care's Annual Fundraiser, The Turtle Round Up.

F. SCOTT FITZGERALD might have been proud of the folks from Cherokee Elder Care Friday, as its annual fundraiser – the Turtle Round UP – played off the theme of "A Roaring 1920s Casino Night."

Guests of the fundraiser strutted among the crowd in vintage 1920s clothing, sporting flapper dresses or Gatsby-era suits. While some of the folks who benefit from the Cherokee Elder Care program may have been born in the 1920s, they didn't act like it. The table games drew crowds as folks tried their hand at low-stakes (just for fun) black jack, craps, roulette and poker.

"Our oldest participants were born in that era," said Katina Dugger, from CEC. "That's the last generation and they're starting to fade. Seeing all the people from our different vendors, participants and their families - it's just kind of

about interacting with them all."

Cherokee Elder Care is the first PACE (Programs of All-Inclusive Care for the Elderly) program in Oklahoma and the first PACE program to be sponsored by a Native American tribe. The CEC's Adult Day Health Center provides a variety of services to elders, including rehabilitation, home health services and transportation, among other things.

On Mondays and Thursdays, Don and Pat Brock visit the Adult Day Health Center, where they've enjoyed the camaraderie noticeable to any outsider.

"The people who work here are great," said Don Brock. "They'll come get us and take us home. And the food is good."

The CEC, a nonprofit organization, has not been able to escape the worries that have plagued most agencies, organizations and groups in Oklahoma during the budget crisis. In the spring, the CEC was notified that it was being considered for closure or to receive a 25 percent budget cut. According to Debra Proctor, CEC program director, the organizations ended up receiving a flat budget.

"The whole mission is to keep people in their homes," said Proctor. "So we have to contract with other agencies to be able to do that."

However, agencies with which CEC partners are suffering budget cuts.

"For instance, take Meals on Wheels," Proctor said. "To the tune of thousands of dollars a year we spend on agencies to contract with, and they got cut. So they still don't know if they'll be able to stay open. Time will tell how much our resources that we contract with impact the care that we give and the ability to meet our mission and our regulatory requirements."

The CEC is also one of the first PACE sites in the nation, covering a span of 2,000 square miles. Not long ago, it applied to expand its operations, but the budget cuts the state is facing has affected that process, as well.

"So we have 25 zip codes that we transport those participants, here," said Proctor. "So we applied for eight more. And all of that was going forward and Medicare agreed, the Oklahoma Health Care Authority agreed, and then, the budget crunch. So they had to rescind that support and everything went away."

According the Proctor, the OHCA has decided that CEC can receive six more zip codes, but it won't be until next year when that application is approved.

Many elderly folks have to deal with loneliness, social isolation and depression, but the CEC and the Adult Day Health Center provide ways for the seniors to deal with that. They go on picnics to the lake, trips to the Tulsa Zoo or take rides out to Honor Heights Park in Muskogee to view the azaleas.

"Not everyone has a support system," said Proctor. "We are that support system. We stand in the gap for so many; between them and nothingness."