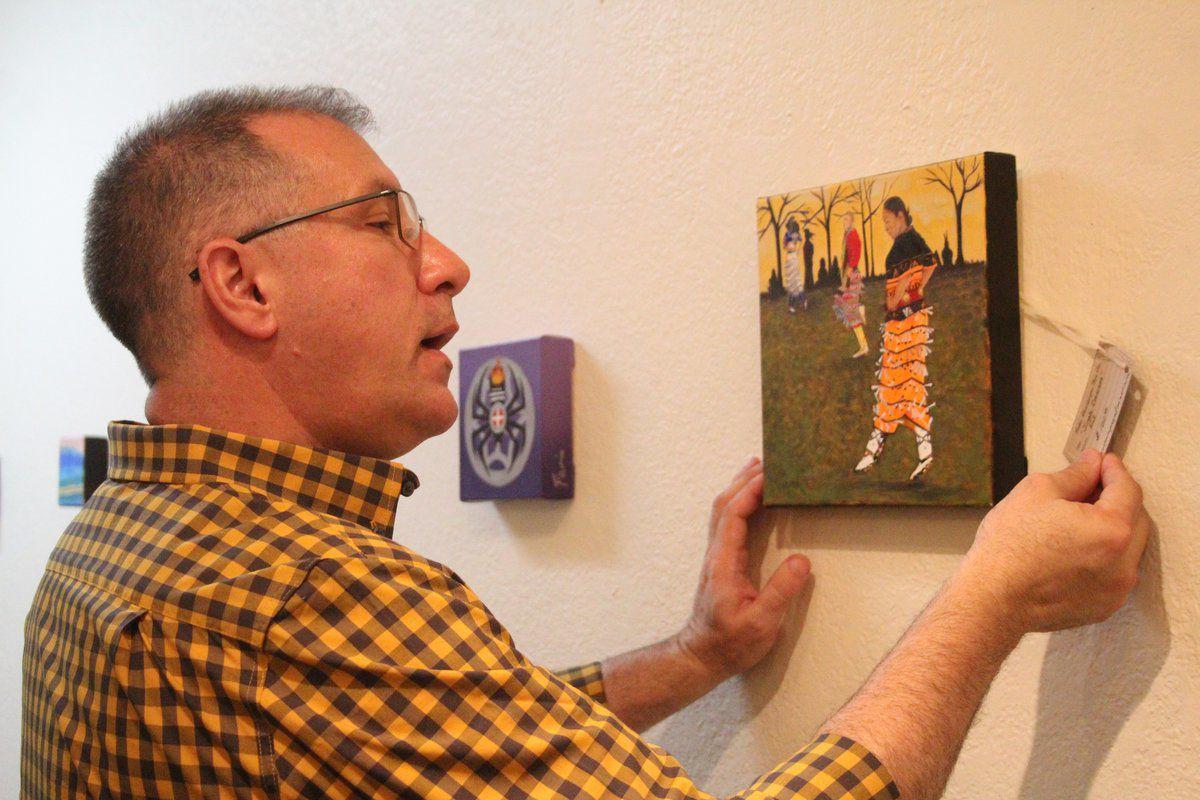 Cultural Specialist Matthew Anderson checks the tag on a painting at a new exhibit at the Cherokee Arts Center and Spider Gallery. 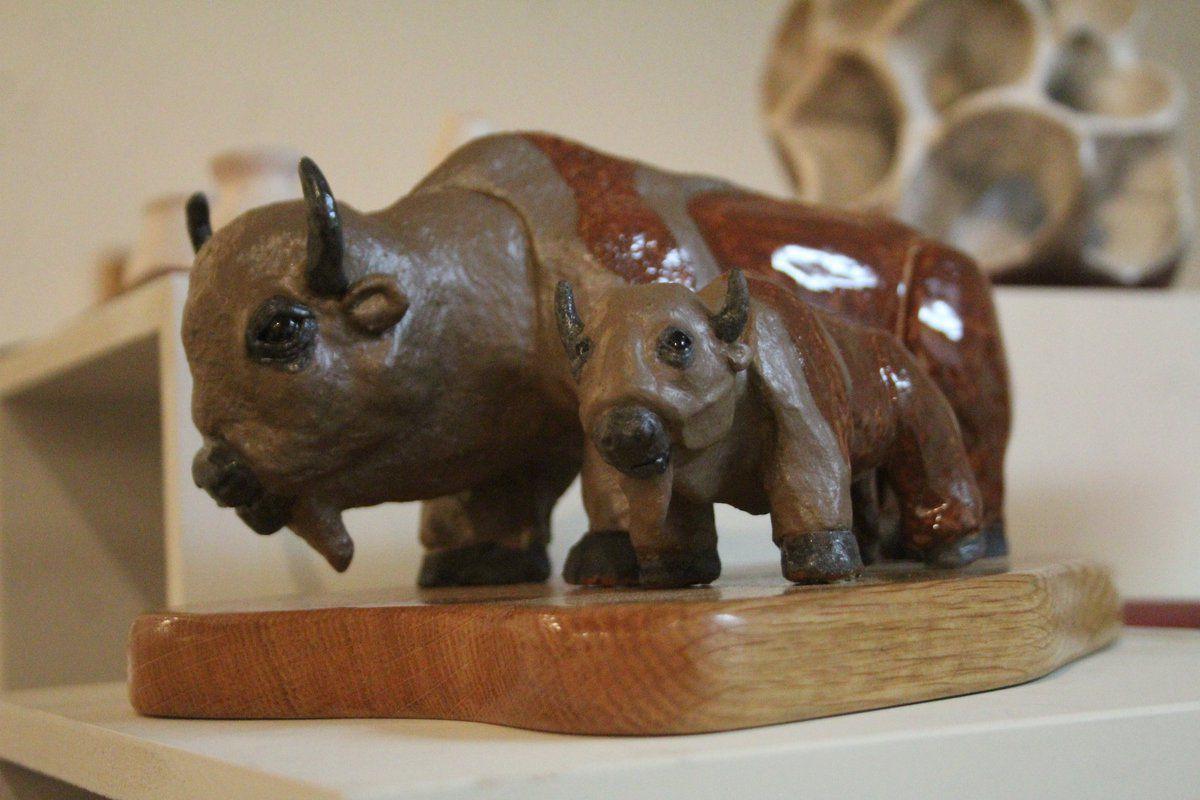 A sculpture is displayed in the new exhibit at the Cherokee Arts Center and Spider Gallery.

Cultural Specialist Matthew Anderson checks the tag on a painting at a new exhibit at the Cherokee Arts Center and Spider Gallery.

A sculpture is displayed in the new exhibit at the Cherokee Arts Center and Spider Gallery.

Art lovers appreciate large, grand paintings that stretch across their living room wall, but eventually collectors will run out of space in their homes, so the Cherokee Arts Center and Spider Gallery are addressing the issue by hosting an exhibit with miniature creations.

"We have a lot of people that love particular artists' work and they're like, 'We have no more room, do they have something smaller?'" said Cultural Specialist Matthew Anderson. "So we're kind of trying to fulfill that request."

This particular exhibit has a holiday theme to it, so people will have a chance to pickup a gift with Christmas right around the corner. The exhibit includes pieces like raku pottery, paintings, thread work, and more. Outside of the exhibit space on the window, miniature moccasins and clay medallion ornaments are available, "if anyone wants to do a Native American Christmas tree," said Anderson.

While more work continues to be brought in, Anderson is working on placing all of the tags and prices next to the works, which should be up on Tuesday.

And as items are sold, new miniature and Christmas-themed pieces by Native artists will be brought in to the exhibit.

"We have 142 artists in the Spider Gallery and most of these are Spider Gallery artists," said Anderson. "There are a few who are also Southeastern Indian Artists Association. They are all tribes of the southeast. Presently, everything in here is Cherokee, but there is supposed to be a Muscogee Creek and Choctaw artist that said they were participating."

Farris has one piece in the exhibit that confused a patron Friday, said Anderson, because it's a painting of a Superman logo that the patron thought said "Go."

Anderson also has two of his own pieces in the gallery, as he submitted a digital scan of a pencil sketch and a computerized alteration of a photograph he took.

Another item included in the exhibit is a vase that was created using raku firing, where the vase was thrown on a pottery wheel, fired in an electric kiln, and then glazed with metallic properties. It was then placed in a gas fire, raised from room temperature to 1,700 degrees, and then placed into trash can with combustibles while still glowing orange and hot.

"So what happens is, that item is so hot that it's still trying to burn, and although the oxygen is depleted by smothering it with the lid, what the fire then does is it robs oxygen molecules from the glaze - and that is what creates that metallic sheen and appearance," said Anderson. "It's a very, very neat thing."

The artists set the prices for their work.

Although some of the work is small in stature, Anderson said a lot of works goes into them.

"It will range from probably about $30 to $150," he said. "There's some small work - some sculpture work - that will be reasonably priced. Those miniature pots on the top, for instance, are $30 each. People don't realize… they're like, 'Oh, it's so tiny.' There's a lot of work that goes into making these details so small."

There could also be a few items added to the exhibit that are not miniature, but still Christmas-themed. The gallery will run through New Year's, so those who swap gifts after Christmas will still have a chance to buy a last-minute present that could spruce up someone's decor.