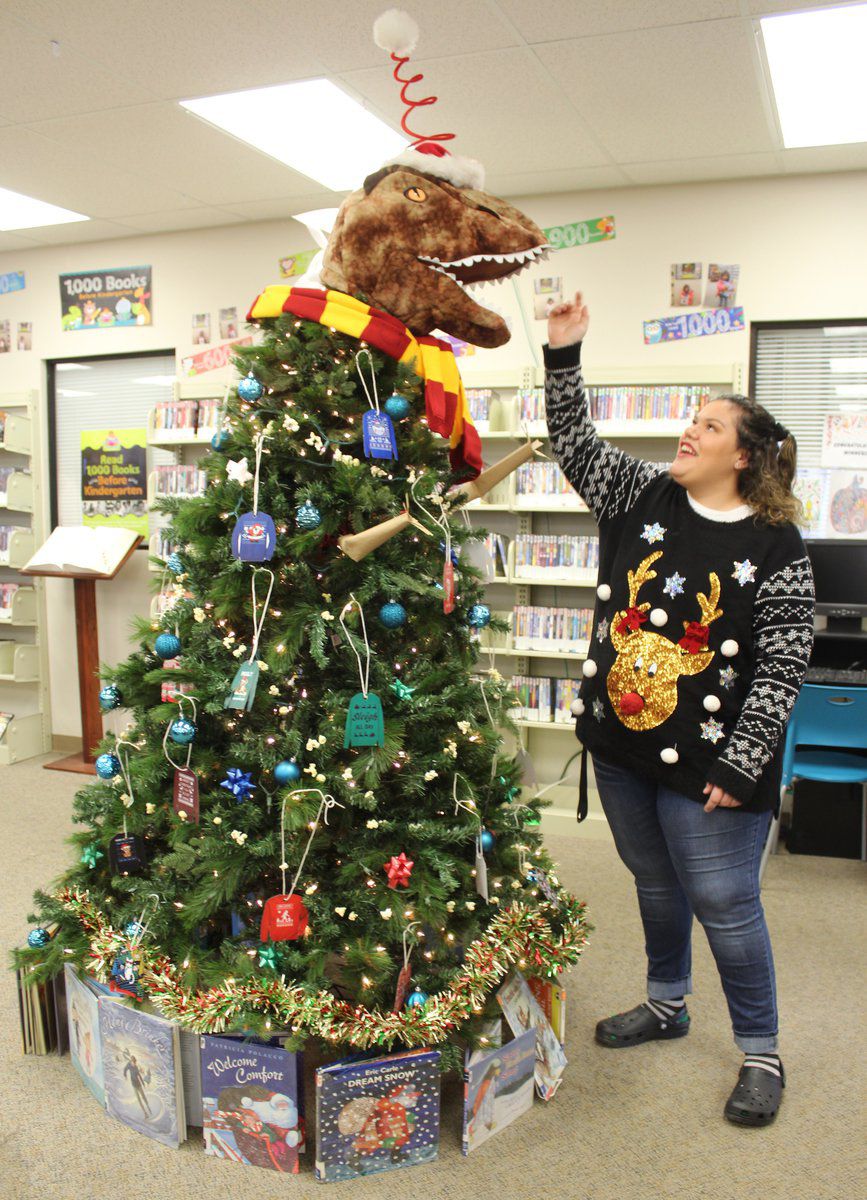 Hulbert Community Library has an ugly sweater-themed Christmas tree this year. The sweater-shaped ornaments were made by library staff, including clerk Kayla Rooster, who donned a festive sweater for the Tacky Teen Christmas party Tuesday. 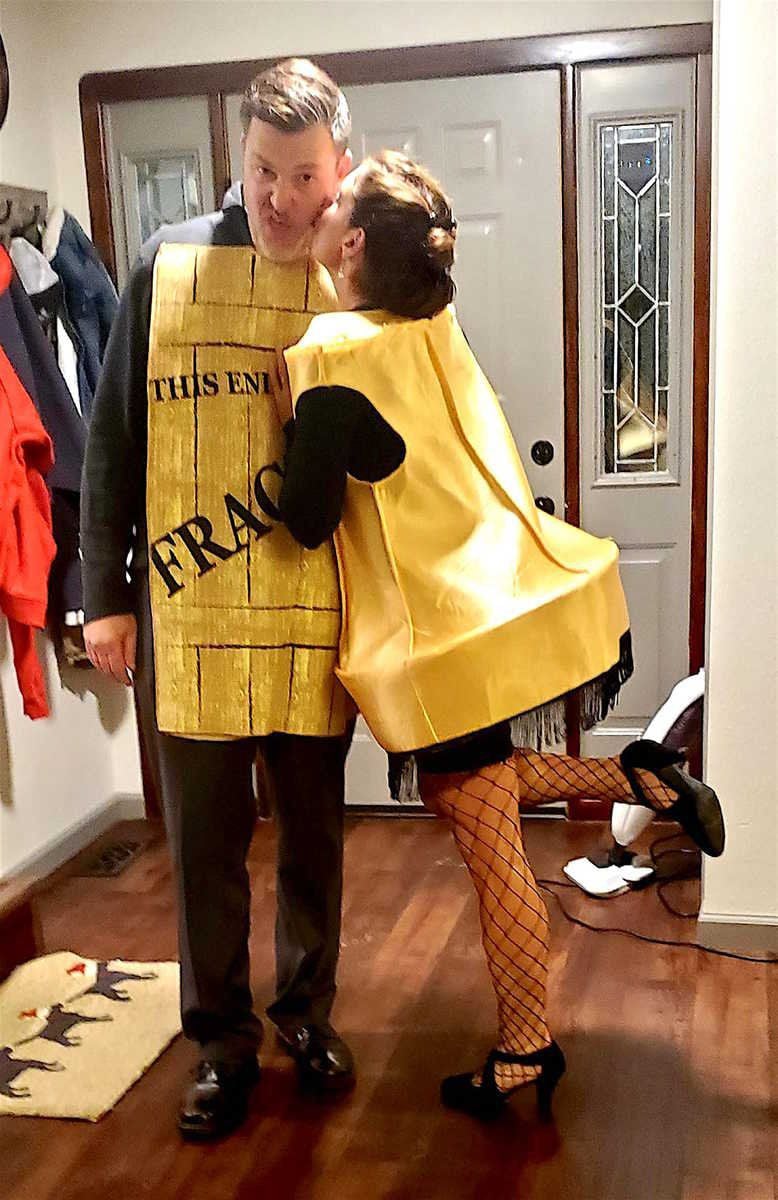 For the Cherokee Elder Care employees party, Tahlequah residents Todd, left, and Lori Enlow wore a couple's costume: The "fragile" box and the leg lamp from the 1983 movie "A Christmas Story."

Hulbert Community Library has an ugly sweater-themed Christmas tree this year. The sweater-shaped ornaments were made by library staff, including clerk Kayla Rooster, who donned a festive sweater for the Tacky Teen Christmas party Tuesday.

For the Cherokee Elder Care employees party, Tahlequah residents Todd, left, and Lori Enlow wore a couple's costume: The "fragile" box and the leg lamp from the 1983 movie "A Christmas Story."

While they may offend some eyes and folks with stuffy personalities, 'tis the season for the ugly or tacky sweater.

With over-the-top holiday colors, designs, and embellishments, these sweaters can be found at a multitude of stores and websites.

Some revelers are making a career out of the "ugly sweater" popularity, as evidenced at www.uglychristmassweater.com. The site's history page gives credit to Bill Cosby's wearing one in an episode of "The Cosby Show" in the 1980s, and then Chevy Chase's in "National Lampoon's Christmas Vacation."

The blog on tipsyelves.com states that two guys in Vancouver, British Columbia, were the first to hold the "first tacky holiday sweater party."

Ned's in downtown Tahlequah has been hosting a Tacky Sweater Party for six years.

"A patron, Sydney Dobbins - who was happy that we went non-smoking - asked if we could do a Tacky Sweater Party, and she donated the trophies," said Dave Mead, who has worked at Ned's for almost 13 years. "After she moved out of town and moved on, KB - one of our managers - and one of his good friends kept the tradition alive. So there were a few hands in starting our Tacky Sweater Party, but we've continued the tradition of having the contest."

Students are given some freedom with their dress codes this time of year, as there are days scheduled at some schools to wear holiday hats, socks, and ugly sweaters.

Even adults break out of their shells for holiday parties.

Cherokee Elder Care recently held an employee party and many attendees dressed for the occasion as elves or "dirty" Santas. Tahlequah residents Todd and Lori Enlow wore a couple's costume: The "fragile" box and the leg lamp from the 1983 movie "A Christmas Story."

"Our favorite, favorite movie is 'A Christmas Story,' and the best scene is the lamp," said Lori. "Our other favorite is 'Christmas Vacation' and we thought of dressing as a Griswold or Cousin Eddie."

She said the costumes were immediately recognized as being from the movie by other party-goers.

"I didn't realize how popular the movie was," said Lori. "That was a lot of fun. Everyone got a kick out of it."

Sweaters are called jumpers in the United Kingdom, and the charity Save the Children began a Christmas Jumper Day in 2012. Set for Friday, Dec. 13, this year, the event invites people to "make the world better with a sweater" by wearing a Christmas jumper and donating to the cause online.

National Ugly Christmas Sweater Day was started in 2011, and is celebrated on the third Friday of December each year, so that will be Dec. 20.

Kits are sold to make any sweater into an "ugly" holiday one, but all a person needs is some imagination, a few Christmas decorations, and needle and thread or a hot glue gun.

Animals with a holiday theme are a good starting place.

The more the colors clash, the better, and they should be "ridiculous colors," according to the website.

To make one, "over-embellish the sweater with pom poms, bells, felt, tinsel or any other glittery, jingly items lying around the house." Adding battery-operated Christmas or LED lights is recommended. Shoulder pads, a collar, dickey or ruffles can be added at the wearer's own risk.