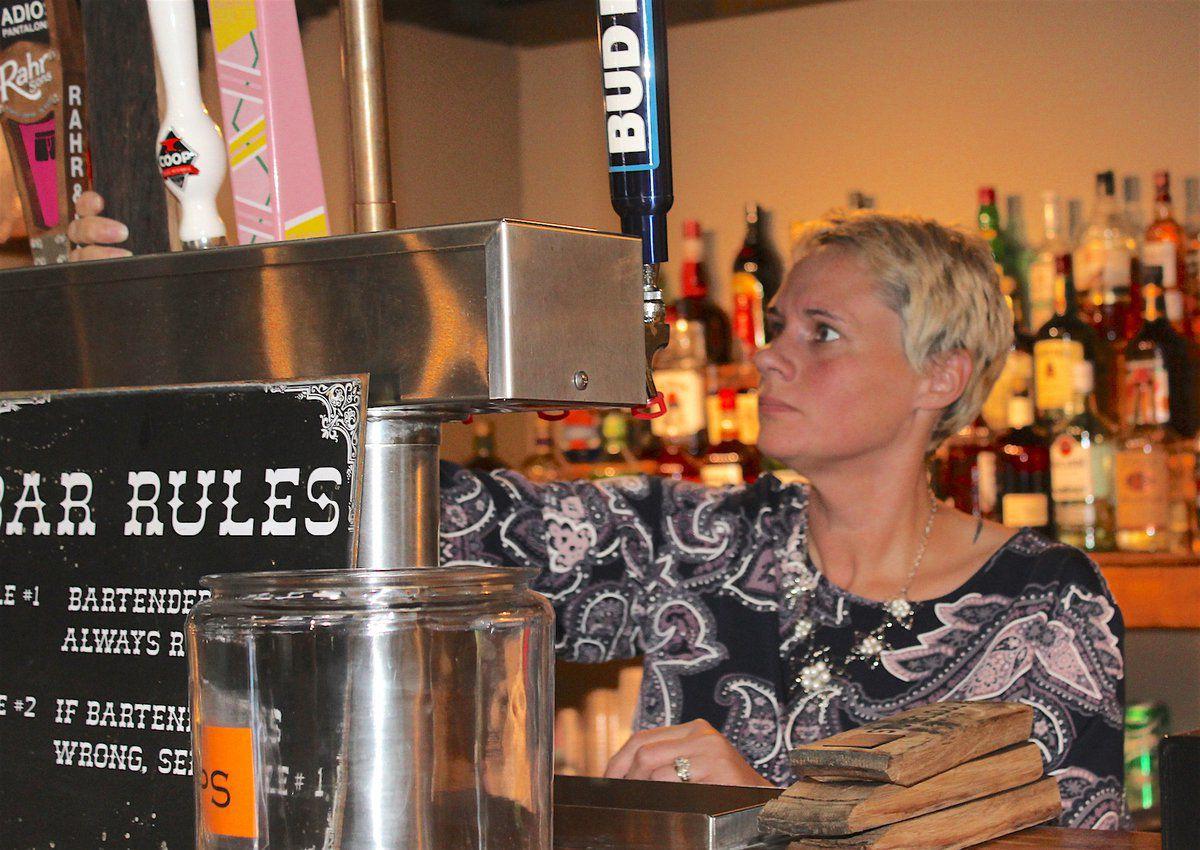 Exalted Ruler Andrea Chaffin changes out beer taps at the new Tahlequah Elks Lodge No. 2601 location on South Muskogee Avenue and Willis Road. She said the organization is so much more than just a bar. 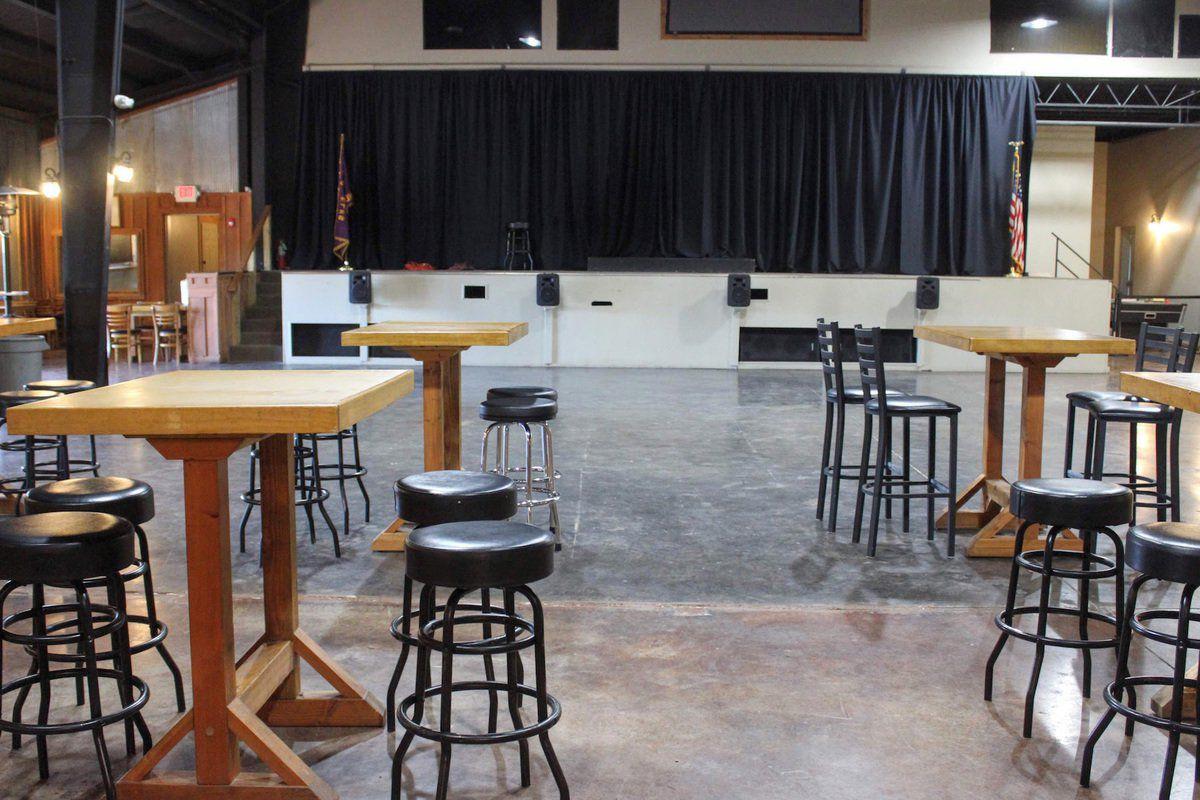 The new Tahlequah Elks Lodge location features a large stage and dance floor and has room for the tables to be spaced out in accordance with social distancing guidelines. The venue opens to the public May 22. 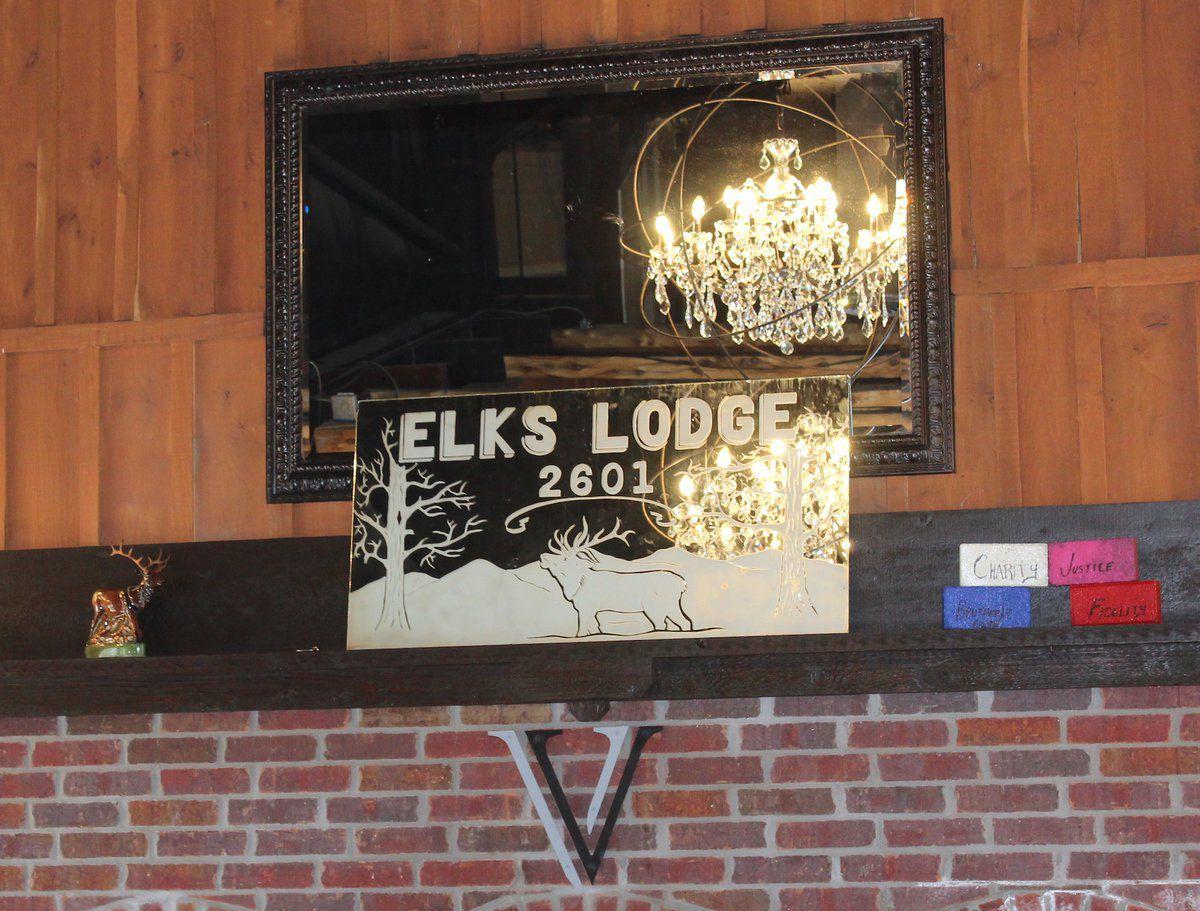 Tahlequah Elks Lodge No. 2601 has been in the community for 40 years. It's new location still has hints of the previous "venue."

Exalted Ruler Andrea Chaffin changes out beer taps at the new Tahlequah Elks Lodge No. 2601 location on South Muskogee Avenue and Willis Road. She said the organization is so much more than just a bar.

The new Tahlequah Elks Lodge location features a large stage and dance floor and has room for the tables to be spaced out in accordance with social distancing guidelines. The venue opens to the public May 22.

Tahlequah Elks Lodge No. 2601 has been in the community for 40 years. It's new location still has hints of the previous "venue."

Tahlequah Elks Lodge No. 2601 has a new home, and members are excited about ways it can generate funds to help the community.

The old lodge on Murrell Road has been sold, and the organization has taken over the building on South Muskogee formerly known as The Venue, T-Bones, and Whiskey Jim's.

Exalted Ruler Andrea Chaffin said the Elks have been a part of the Tahlequah community for 40 years, and they are looking forward to showing nonmembers what they're all about.

"With the business plan we have and what we're planning, it should work," said Chaffin. "Tahlequah is ready to have some place with a dance floor again."

Currently, the only entrance is off of South Muskogee Avenue, near the venue's sign. The Willis Road entrance is gated, but Chaffin said they hope to offer two entrances soon.

The Elks opened to members only on May 8. Elks from around the region were invited to check out the building. Karaoke has been offered the past couple of Friday nights, and the company hosting it has a bucketful of microphone covers, according to Chaffin. They are changed between each singer, and performers are asked not to touch the mics or stands.

Chaffin said many people asked for a band on Saturday, so with a last-minute booking, Ragland played May 16.

The organization is keeping attendance in accordance with the mayor's executive order, so fewer than 50 people have been at each event.

"When we had Ragland on Saturday, there were no more than 50. People were trickling in and out," said Chaffin.

The next phase for reopening the city kicks in May 22, so bars will be open and groups no larger than 100 can gather.

There is no cover for karaoke, but there is a cover on band nights, which is usually $5.

"I know you can see a lot of free shows, but being a nonprofit, that money goes back into the community. Plus, bands have to be paid," said Chaffin.

While Chaffin hopes the public doesn't just see the Lodge as a bar, it is fully stocked with liquor and beer on tap: two domestics and six crafts.

To keep the space clean and practice social distancing, certain areas of the Lodge are off limits during events. The tables and bar stools are spaced out, and they are wiped down between customers. The bartenders are doing a good job of keeping their areas sanitized, Chaffin said.

All the cups are disposable for now.

Chaffin said the Elks will wait to see how to handle the transition from the shutdown.

"We want to do it right. Nobody wants the government to shut things down," she said.

She said there is no pressure on members to go to the Lodge if they are not ready, and members and guests can wear masks and gloves - or not.

The top priority is to grow membership numbers.

"We got down to 94 members. While that doesn't sound bad, only about 10 percent show up to do fundraisers and events," said Chaffin. "The more members we have, the more we can do for the community."

To become a member, one must be a U.S. citizen; have a clean background check with no felonies; be 21 or older; and believe in God.

"We are open to any type of personality. You don't have to be a sociable person. You can be involved at the level you want to be," said Chaffin, who has been an Elk for four years. "We're all here for the same reason. It becomes a passion because they see what we do and how it trickles down to the community."

There is an application process, but there is no cost to apply. After the application is reviewed, the potential member goes through an interview and has to be voted on by the Lodge. Once selected, the person will go through an orientation to learn more about Elks, and then there is an initiation ceremony.

Chaffin said 30 applications have been turned in since May 8, and 25 people will be initiated June 2.

Applications are available at the door Friday nights, or interested parties can email elkstahlequah@yahoo.com.

With a focus on charitable giving and helping others, events will help the organization sustain while increasing what it can give back. The Elks often donate to other local nonprofits and assist veterans in need.

"Across the nation, Elks are the most charitable and patriotic organization," said Chaffin. "We want to get away from that 'old person-bar' stigma."

"We have so many kids in the community and there's not much for them to do. We have a lot of members with kids. On Wednesday nights for our family potlucks, we set out games. It gets noisy in here," said Chaffin.

Elks members nationwide will get access to discounted event tickets 48 hours before the public. They are also in talks with Sparrow Hawk Camp to offer discounted floats.

"We do have big things in the works, but we have to start slowly," said Chaffin.

The building is available for rental for events such as weddings and baby showers. Tahlequah High School will have its prom there in July, and Chaffin said the Elks are talking to other high schools to host proms for them.

In the past, the Elks served steak dinners on Friday nights, and that will continue to be on hold. A member is coming in on the weekends to make "bar food" for patrons, but steak nights take a lot more work.

"It takes a pretty good-sized crew, which we don't have right now," said Chaffin.

She said they would entertain the idea of a veterans organization taking over the steak nights.