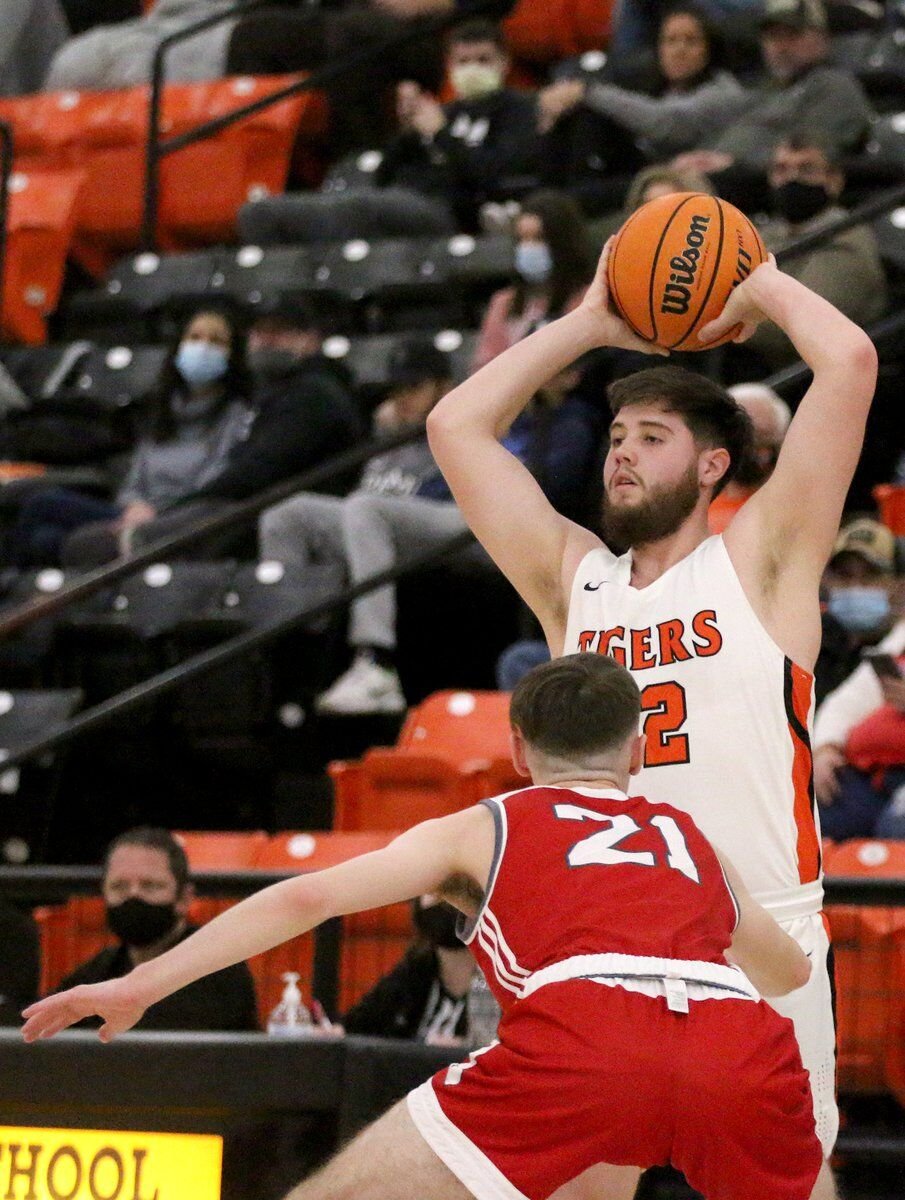 Tahlequah forward Hayden Wagers was one of four players to finish in double figures Friday against Claremore. 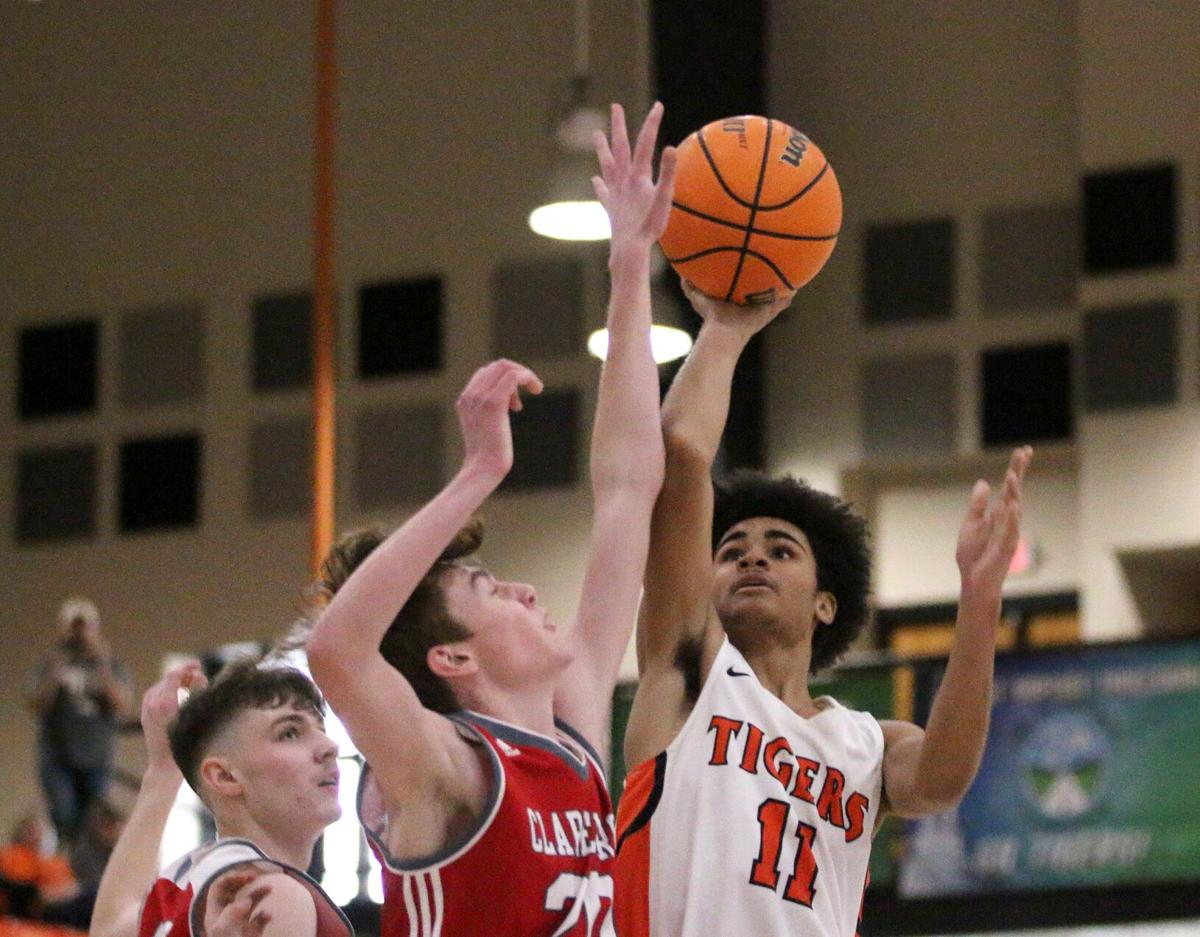 Tahlequah senior guard Trey Young had 14 points in the Tigers' 61-50 win over Claremore Friday at a Class 5A East Regional Tournament in Sapulpa.

Tahlequah forward Hayden Wagers was one of four players to finish in double figures Friday against Claremore.

Tahlequah senior guard Trey Young had 14 points in the Tigers' 61-50 win over Claremore Friday at a Class 5A East Regional Tournament in Sapulpa.

Tahlequah put together its most complete performance of the season at a perfect time Friday as it opened the playoffs with a 61-50 win over Claremore in a Class 5A East Regional Tournament at Sapulpa High School.

Four players scored in double figures and two significant runs sparked the Tigers, who improved to 12-9 overall and won their fourth straight game.

Tahlequah, winners in seven of their last eight games, will play Sapulpa in Saturday's regional championship game at 7 p.m. in Sapulpa. The Chieftains eliminated Durant, 56-37, in Friday's finale.

The balance on the offensive end has been a work in progress throughout the season for the Tigers, but they were gold Friday on a must-win night.

"Everybody stepped up and did what they needed to do," Tahlequah head coach Marcus Klingsick said. "It's fun to see a team that's all in and people stepping up. [Hayden] Smith didn't get his normal performance, but other guys stepped up. That's the sign of a good basketball team, and I thought our defense was pretty good as well."

Tahlequah started to make a move in the second quarter behind Young and Joice. The Tigers went on a 12-0 run behind a 3-pointer and two baskets from Young, a field goal by Joice and a 3 by Wagers to take a 25-14 lead at the 1:36 mark.

Claremore, carried by Caison Hartloff's game-high 31 points, never got closer than six points the remainder of the way.

The Tigers, who shot a perfect 6 for 6 from the floor in the final quarter, led by 13 points on three different occasions in the second half. Joice started the third quarter with a 3 and later had a free throw to push the lead to 31-18, Wagers started the fourth with a free throw to make it 41-28, and Smith scored from the inside off a Young assist to give Tahlequah a 46-33 edge right before the Zebras went on a 7-0 run.

Joice's 16 points were a season and career high. He had a 15-point performance against Coweta on Feb. 5 at the Tahlequah Multipurpose Activity Center.

"Tyler was solid as always and hit some big shots, big 3s for us," Klingsick said.

The win over Claremore was the second in three meetings for Tahlequah. The Tigers defeated the Zebras, 54-48, on Feb. 12 at the TMAC.