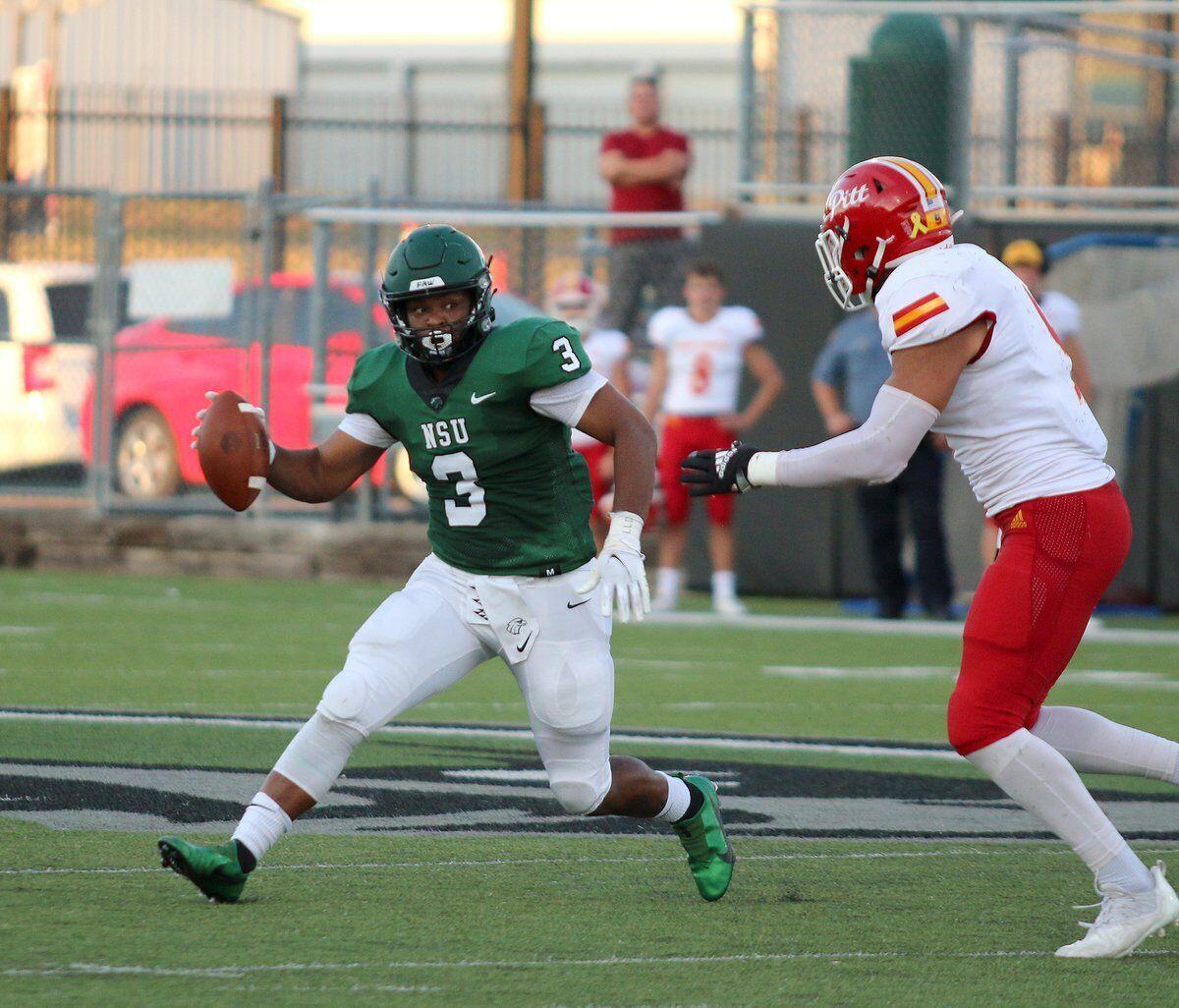 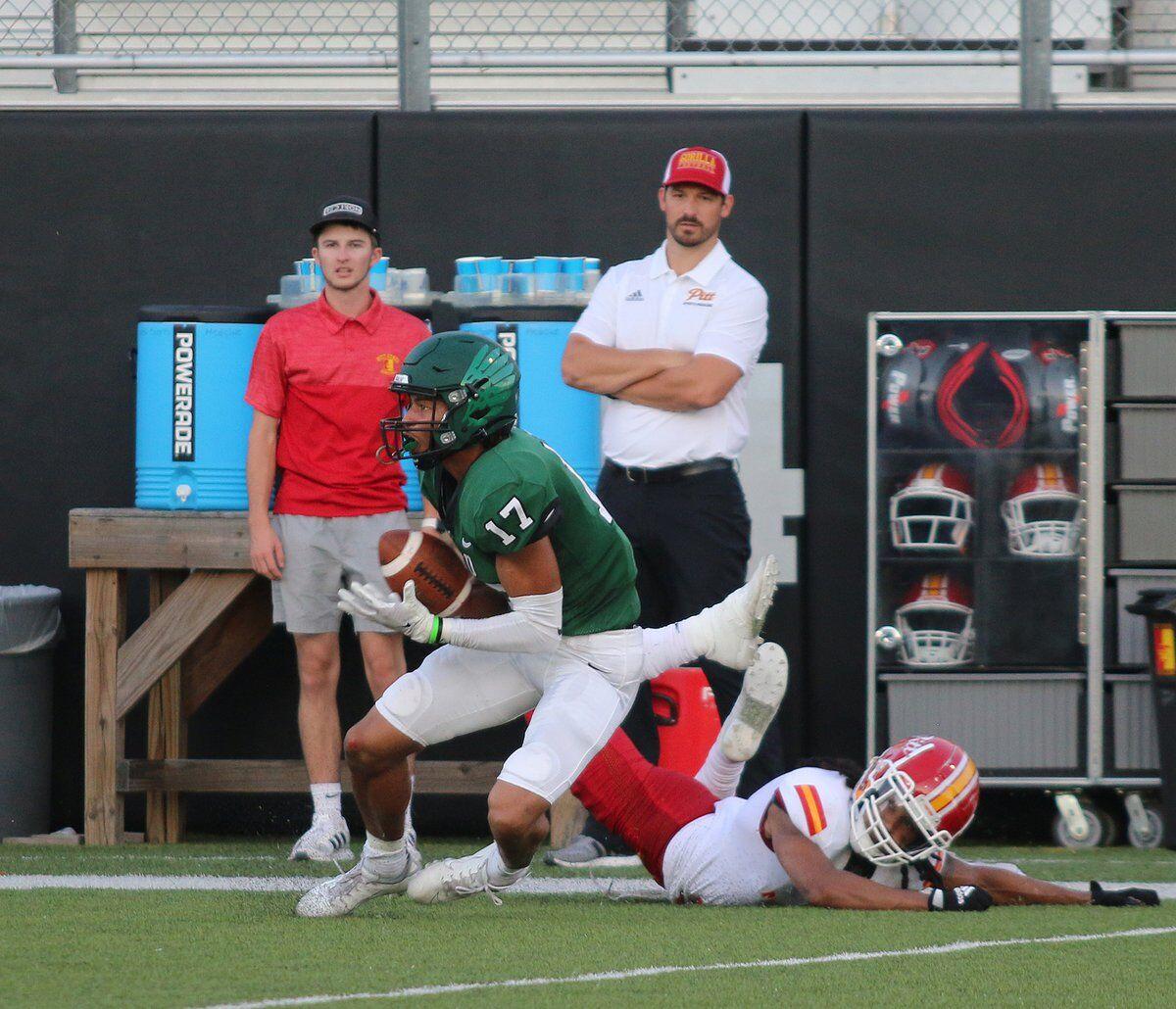 The RiverHawks (2-2) are coming off a 49-48 overtime win at Lincoln last week. It was the first time since the 2016 season they’ve won at least two games in a season.

Central Missouri enters the contest winless at 0-4. The Mules suffered a 31-28 home loss to 16th-ranked Nebraska-Kearney last week. Other losses have come to Pittsburg State (35-16), Washburn (29-10) and third-ranked Northwest Missouri (47-7).

NSU was spearheaded offensively against Lincoln by running backs Isaiah Davis and Keon Moore, and receiver Mark Wheeland. The trio combined for 337 yards and six touchdowns. Davis rushed for 107 yards and had three TDs, Moore had 103 yards, 84 of those on a touchdown run, and Wheeland had 127 receiving yards on nine receptions with a pair of scores.

The RiverHawks had 528 total yards of offense, the most in a single game since 2018. The seven touchdowns were the most since 2011.

Freshman quarterback Grant Elerick, who made his third consecutive start, threw for 201 yards and two TDs. On the season, Elerick is completing 61.2 percent of his passes and has thrown for 537 yards with five touchdowns and five interceptions.

Davis leads the NSU ground attack with 262 yards on 51 carries. Davis, averaging 5.1 yards per carry, has three TDs. Moore has rushed for 182 yards on 36 attempts (5.1 average) with one score.

Wheeland leads the team in receptions (19), receiving yards (252) and also has an MIAA-best five touchdowns. Dashawn Williams has 18 catches for 115 yards, and tight end Matt Amos has five grabs for 114 yards.

Although they allowed 625 total yards of offense to the Blue Tigers, the RiverHawks posted 10 tackles for losses. Trae Hampton and Triumphant Olatunji each had 10 total tackles.

Through four games, Marques Williams paces the defense with 41 total tackles, and Damani Carter, Olatunji, Blake Corn and Chris Lee each have three tackles for losses. Corn leads NSU with 2.5 quarterback sacks, and both Gage Parrick and Marques Williams have one interception.

Quarterback Logan Twehous leads the Mules’ offense. Against Kearney, Twehous completed 25 off 44 passes for 312 yards with three touchdowns. In three games, Twehous has completed 56.3 of his attempts for 561 yards with four TDs and one interception.

Twehous’ top target last week was Cameron Saunders, who finished with 138 yards on eight receptions with two TDs. Saunders has 19 receptions for 373 yards with three scores on the season.

On the ground, Central Missouri is led by Devante Turner and Koby Wilkerson. Turner has 165 yards on 37 carries, and Wilkerson has 140 yards on 43 attempts with a touchdown.

Central Missouri has won the last seven meetings against Northeastern State. The Mules defeated the RiverHawks, 70-7, in 2019.