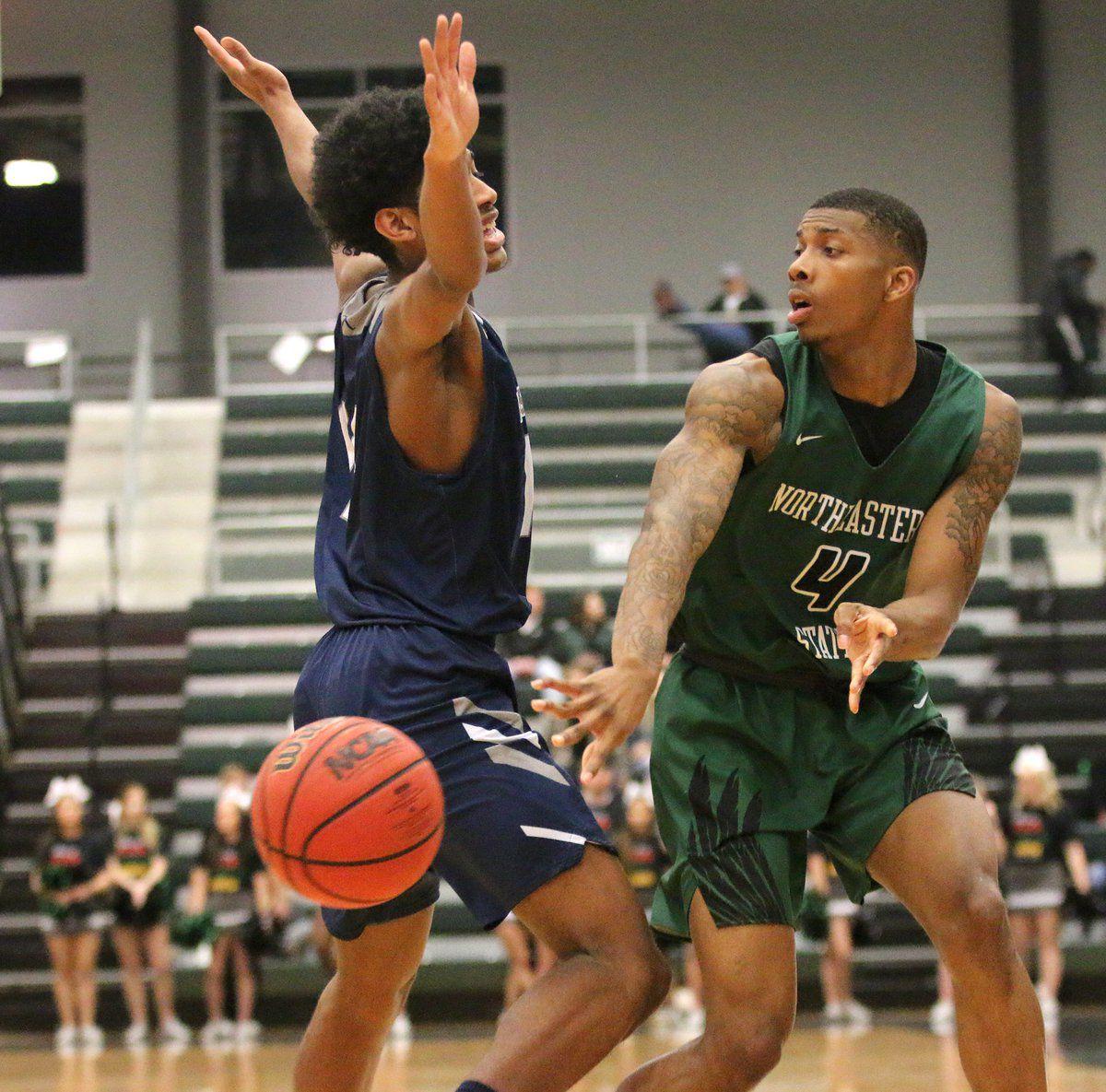 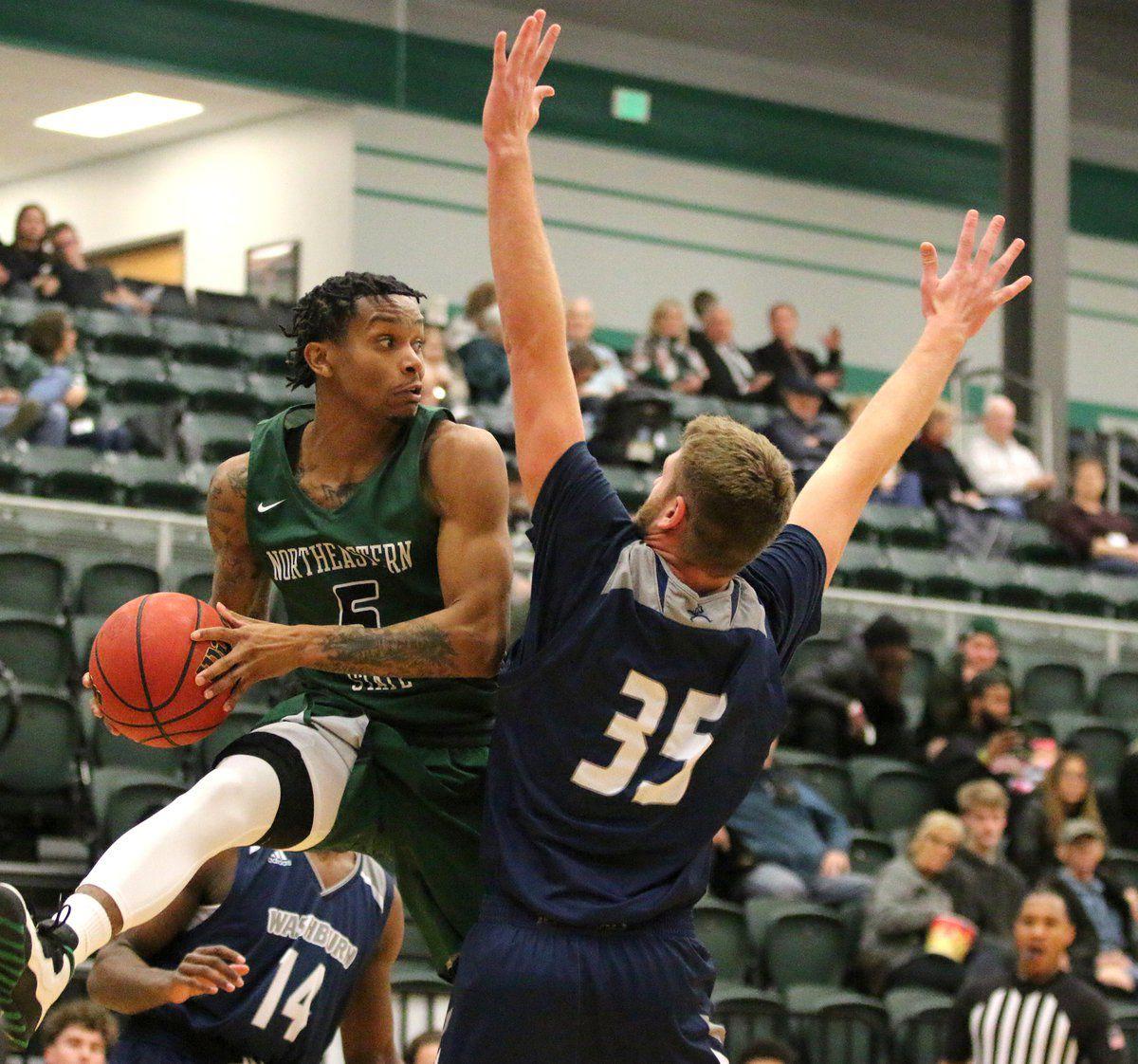 Northeastern State guard Kendrick Thompson looks for a teammate to pass to after driving the lane Thursday night against Washburn at the NSU Event Center.

Northeastern State guard Kendrick Thompson looks for a teammate to pass to after driving the lane Thursday night against Washburn at the NSU Event Center.

A fast start faded and Northeastern State suffered an 86-72 loss to Washburn on Thursday evening inside the NSU Event Center.

Looking to avoid an opening-round game in the tournament it was a critical loss for NSU, who entered the night a half-game back of the Ichabods in the MIAA standings for sixth place. Thursday's loss drops NSU to 15-9 overall and 8-7 in the MIAA. Washburn moves to 14-9 and 9-5 with the win.

"We've struggled this year when we've had to play teams that are really physical," RiverHawks' head coach Mark Downey said. "We just haven't responded to it."

Northeastern State led as many as nine in the first half and maintained an advantage on the Ichabods until the final two minutes. With the RiverHawks missing seven of their final eight shots, Washburn finished the half with 11 unanswered points to overtake the RiverHawks 37-34 into the intermission. NSU spread its offense around with seven players scoring, with Davis leading the squad with eight. Kendrick Thompson, the team's hottest hand heading into the games was left scoreless.

The bleeding continued for NSU in the second half and Washburn used an 18-3 run to blow their lead out to 19 with just over ten minutes left in the game. Northeastern State could never recover from the run and trailed the rest of the way.

The loss is the sixth in a row against Washburn and they will take an 8-7 series lead on NSU.

Northeastern State will close out its home slate on Saturday afternoon against Emporia State. Tip-off is set for 3:30 p.m. with the NSU seniors being honored prior.