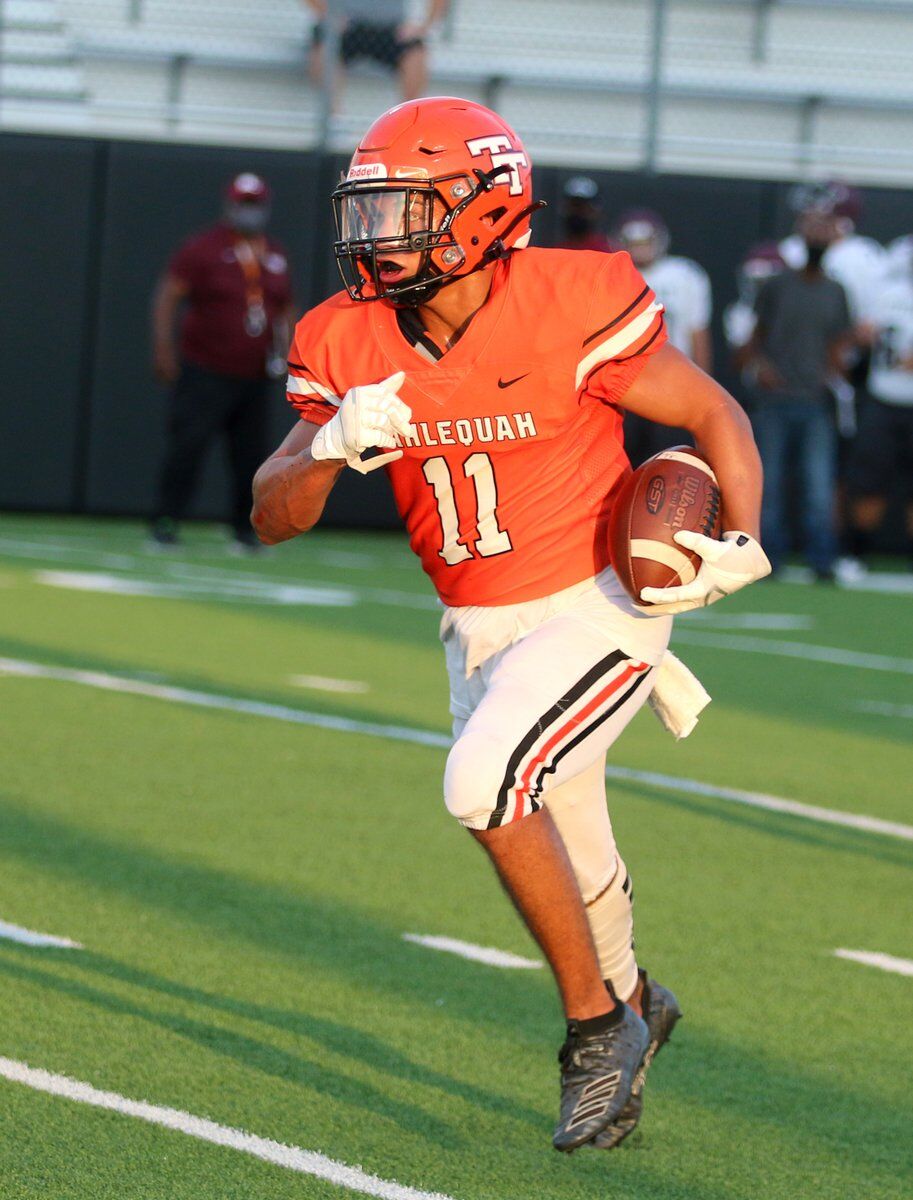 Tahlequah junior running back Malik McMurtrey rushed for 137 yards and a touchdown against Tulsa McLain on Sept. 4. 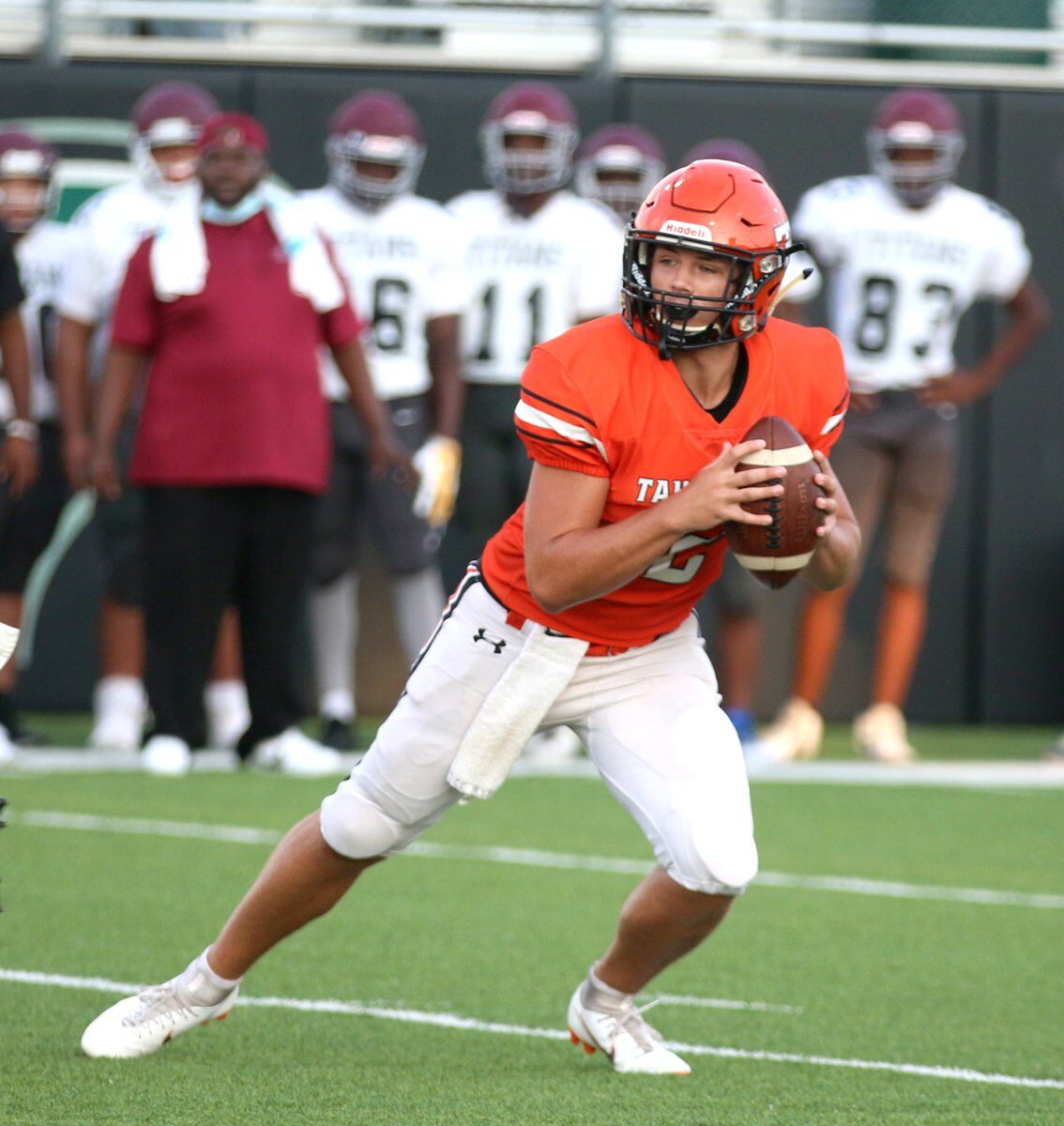 Tahlequah junior running back Malik McMurtrey rushed for 137 yards and a touchdown against Tulsa McLain on Sept. 4.

Tahlequah will not play it's District 5A-4 opener on Friday at Pryor after the Tigers were put into COVID-19 quarantine.

The announcement came on Thursday evening.

The Tigers are coming off consecutive losses to Wagoner and McAlester and are sitting at 1-2 on the season under head coach Brad Gilbert. They opened the season with a 27-2 win over Tulsa McLain at Doc Wadley Stadium on Sept. 4.

Tahlequah fell to McAlester, 21-13, last week at Doc Wadley Stadium, while Pryor (2-0) had an open week following consecutive wins over Catoosa and Gravette (Arkansas). Pryor has opted to play Lincoln Christian outside of district play on Friday.

The Tigers have won the previous six matchups against Pryor, including a 58-13 win last season in Pryor. Pryor's last win came in week eight of the 2013 season.

"Today, we received notification that two members of the football team have tested positive for COVID-19. We have received guidance from the Cherokee County Health Department on this matter and per their guidance, we are going to have to cancel the game at Pryor [Friday] evening," said a statement from the Tahlequah Athletic Department.

As of now, the Tigers will remain on schedule to host Tulsa Nathan Hale on Friday, Oct. 2 on homecoming night at Doc Wadley Stadium.

Despite back-to-back difficult losses to teams that are a combined 6-0, Gilbert has seen progress from a mostly inexperienced group.

"The scoreboard may not indicate it, but we believe that we continue to get better every week in a lot of things," Gilbert said on Monday. "Obviously, last week wasn't the outcome we would have liked, but you saw some growth in some areas that we needed to see."