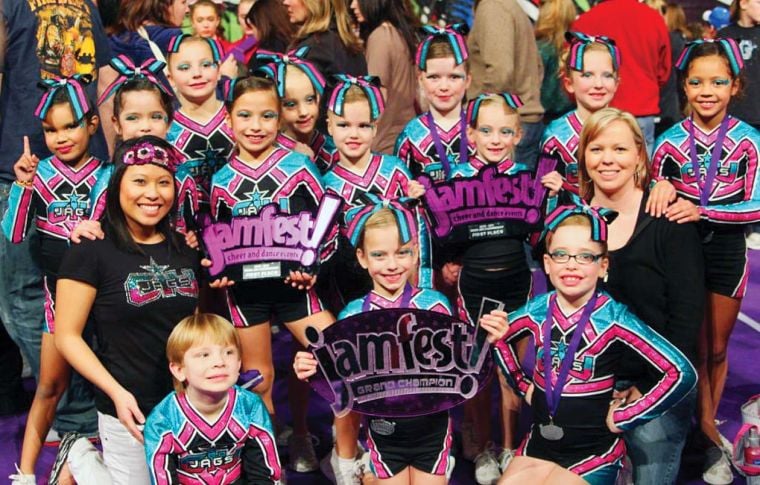 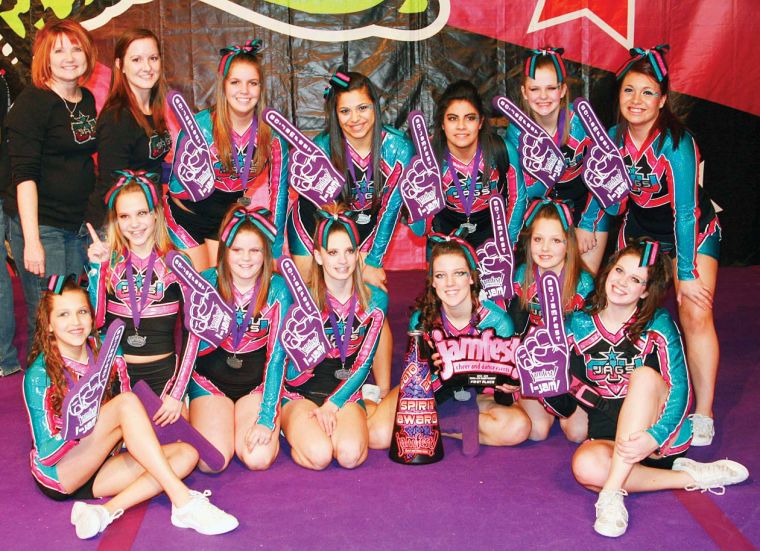 The Mini Jags (ages five to eight) from CHEER IT UP! defeated nine teams from Oklahoma, Arkansas, Kansas and Missouri to capture top honors at the JamBrands Groovy Jam held at Tulsa Union High School on Jan. 29th.

The team was also awarded the “Grand Champion award” for Levels 1 and 2, scoring the highest overall score for the event and won a first-place bid to the US Finals to be held at Kansas City, Mo., in April. This will be the second trip to the US Finals for this squad after capturing first place at last year’s US Finals.

Next stop for the Mini Jags will be Saturday through Monday in Branson, Mo., at the World Spirit Association national championship.

The Senior Jags from CHEER IT UP! placed first in their division (Senior Level 4), capturing the “most spirited team” award, the “best choreography-most entertaining award” and a first-place bid to the US Finals at the JamBrands Groovy Jam competition held at the UMAC at Union High School in Tulsa on Jan. 29.

The Jags are under the direction of owner, Vickie Elliott, and the Senior team is coached by Chrissy Stratton Waldhor.