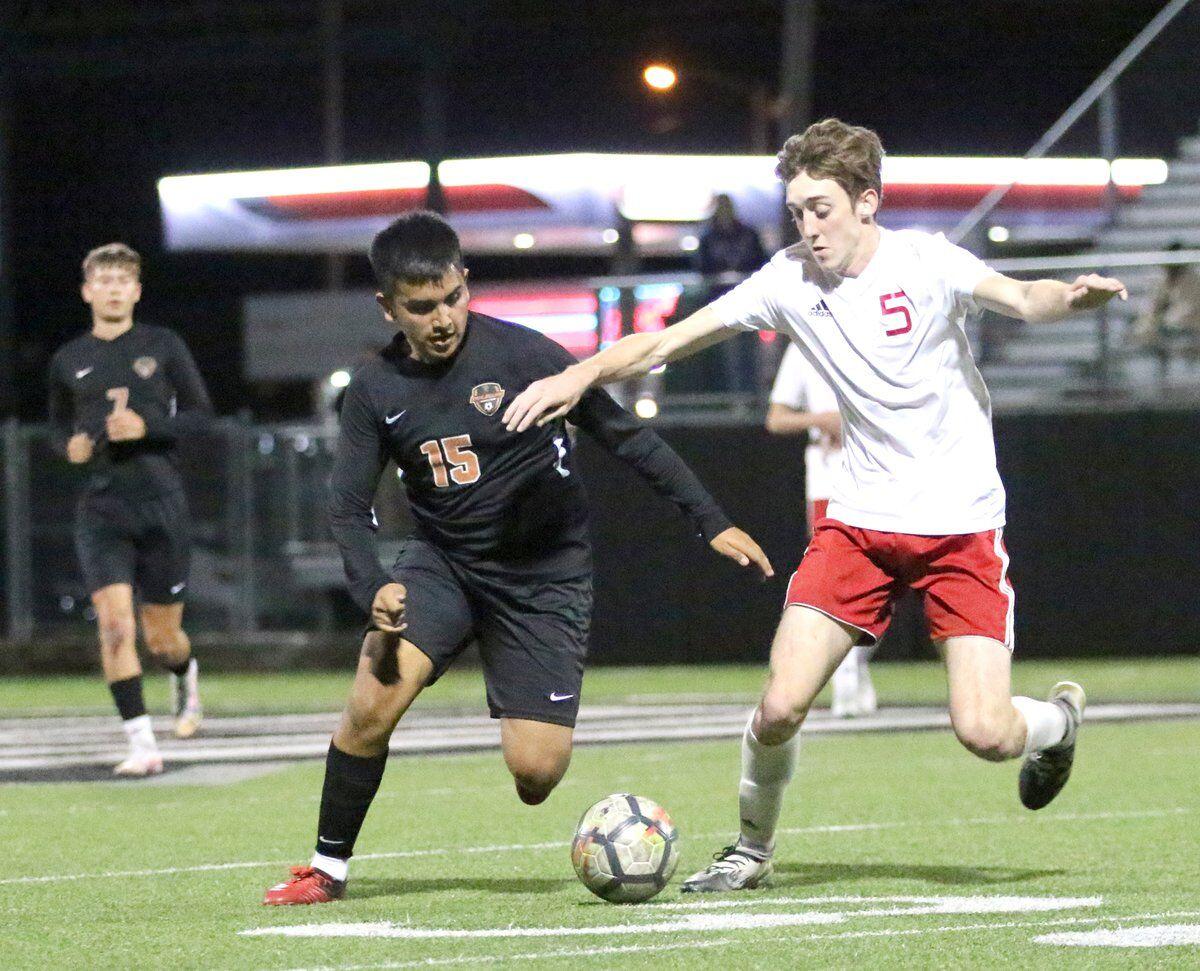 Tahlequah's Alberto Aboytes tries to maintain possession during the first half Tuesday against Collinsville at Doc Wadley Stadium. 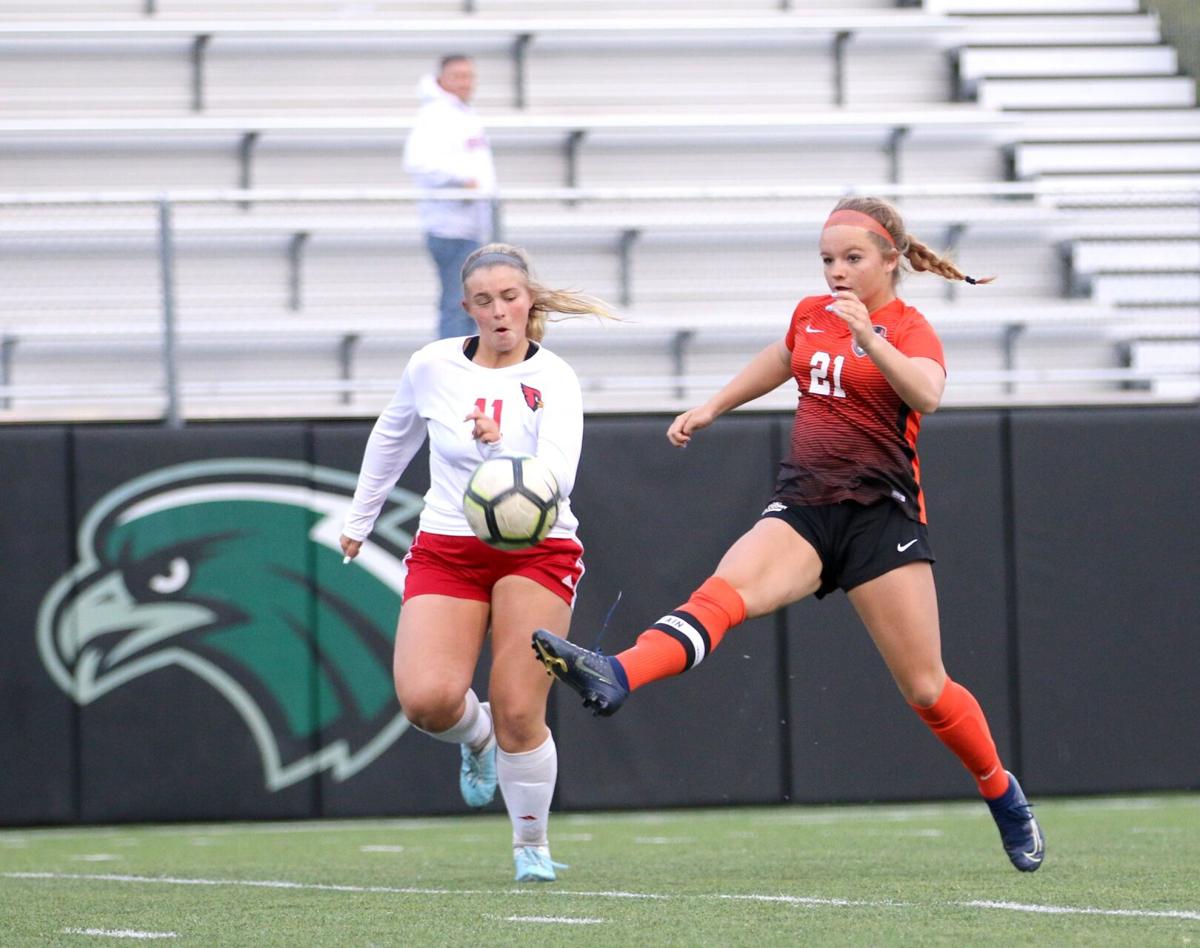 Tahlequah's Alberto Aboytes tries to maintain possession during the first half Tuesday against Collinsville at Doc Wadley Stadium.

The Tigers, who improved to 6-3 overall and 2-1 in District 5A-4 under head coach Greg Hall, overcame a 2-0 deficit less than eight minutes into the second half.

Ibarra got Tahlequah on the scoreboard with a goal 8:34 into the second half, Smith evened the score at 2-2 on a Jerron Sherrill assist, Guerrero gave the Tigers the lead at 3-2, scoring off another Sherrill assist, and Najar closed the scoring with less than three minutes remaining.

The Tigers had 15 shots on goal, compared to Collinsville's four. Tahlequah goalkeeper Bodee Jimerson had a pair of saves.

Tahlequah will be on the road Friday when it visits Tulsa East Central.

Collinsville blanks Lady Tigers: Tahlequah was limited to just seven shot attempts and three shots on goal as it suffered a 3-0 setback to Collinsville Tuesday at Doc Wadley Stadium.

The Lady Tigers dropped their fourth consecutive match and fell to 4-5 overall and 0-3 in District 5A-4 under first-year head coach Stacie Grooms.

Senior Madison Taylor had two of Tahlequah's shots on goal, and Emma Sherron had the other. Tahlequah had a 56.6 percent time of possession advantage.

Collinsville (8-3, 3-0) claimed its seventh straight win and its second against the Lady Tigers this season.