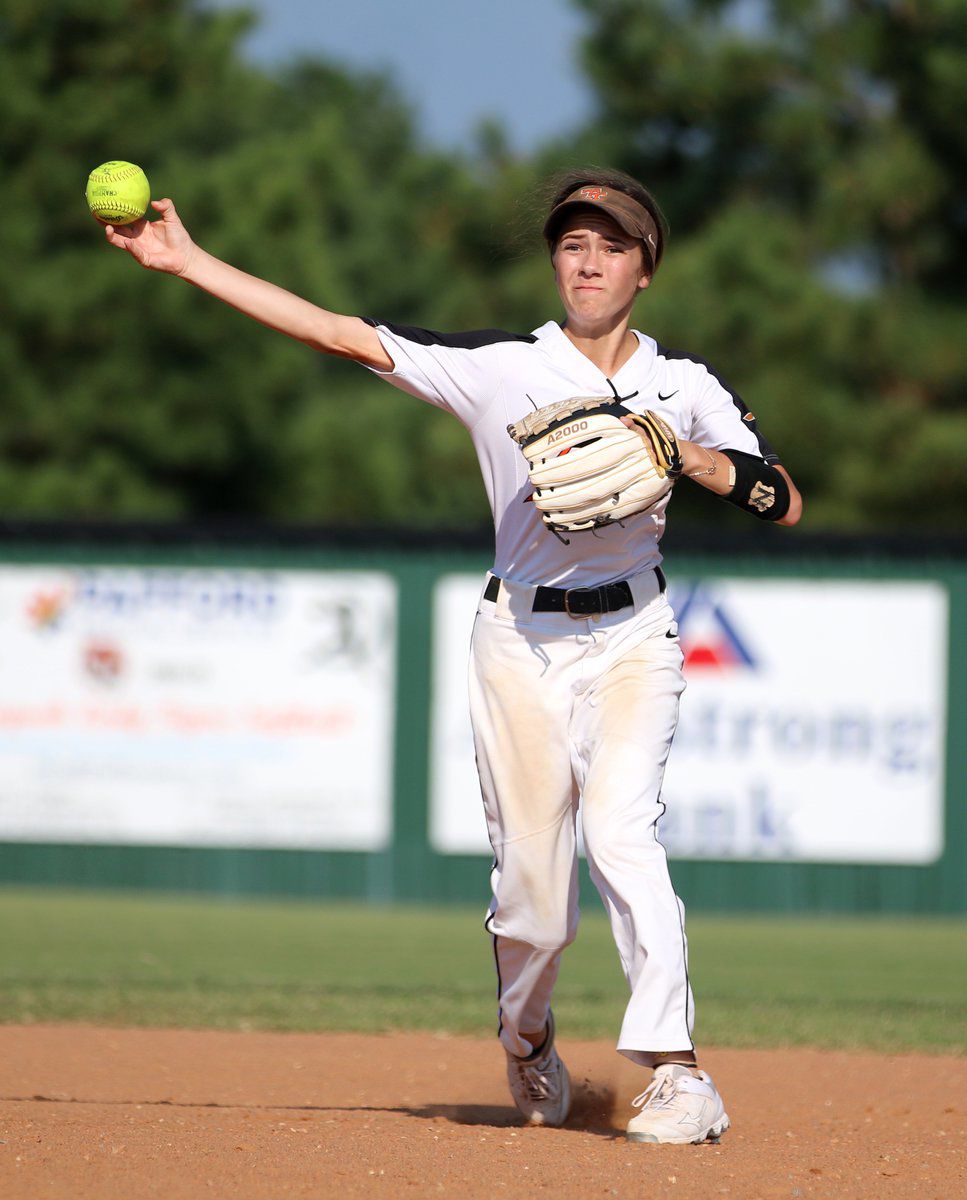 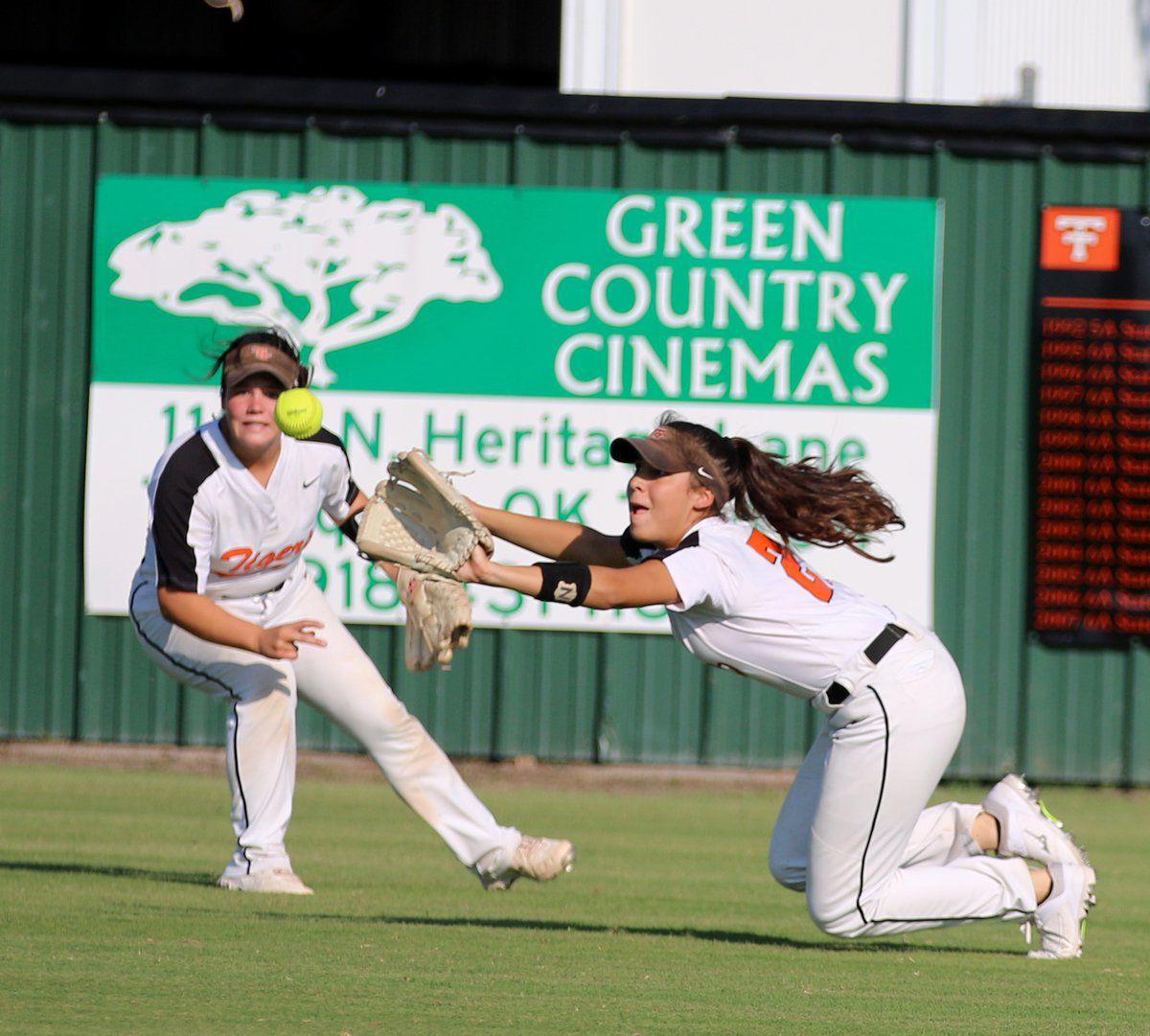 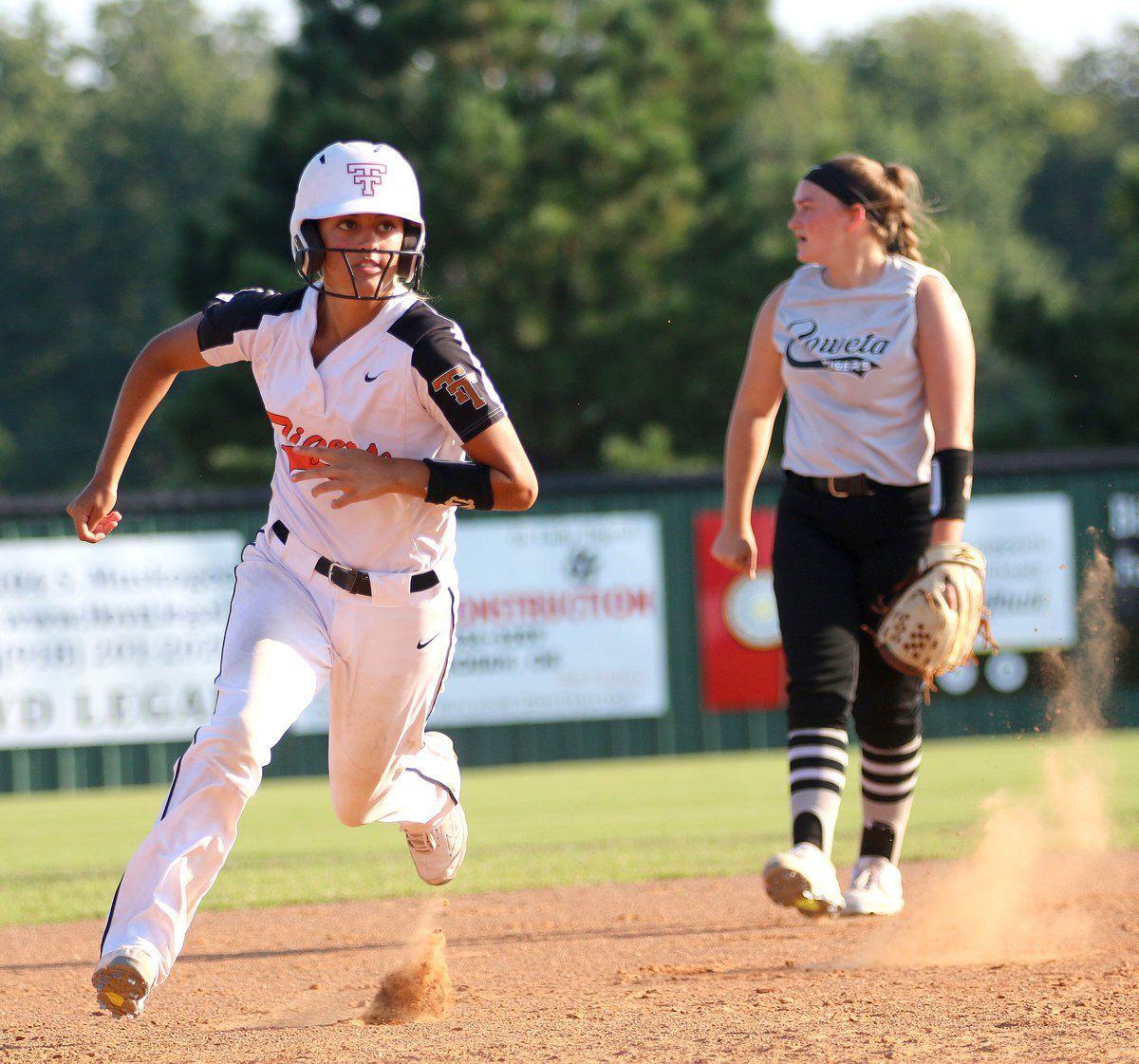 Tahlequah junior Savannah Wiggins runs to third base after a Lady Tigers' hit against Coweta Tuesday in Tahlequah. Wiggins had two hits in Tahlequah's 8-5 setback.

Tahlequah junior Savannah Wiggins runs to third base after a Lady Tigers' hit against Coweta Tuesday in Tahlequah. Wiggins had two hits in Tahlequah's 8-5 setback.

Coweta scored four runs in the ninth inning and rallied to defeat Tahlequah, 8-5, Tuesday evening in a non-district matchup in Tahlequah.

Kirbi Tiger put Coweta up for good with a one-out single to right field that scored Madison Wheat from third base. The Lady Tigers kept adding on and got their biggest hit from Ashlyn Oswald, who tripled to left and plated Kayley Lott and Tiger to give Coweta an 8-4 cushion.

Savannah Wiggins got Tahlequah to within three runs in the bottom of the ninth on an RBI single to left field that brought home Mikah Vann.

Tahlequah, led by McKenna Wofford’s three hits, rallied from a 2-0 deficit with a three-run third. Lexi Hannah doubled to left to drive in Jayley Ray to put THS on the scoreboard, and Betty Danner singled to left to bring in Wiggins and Hannah to give the Lady Tigers their first lead.

Coweta immediately got even in the fourth when Braedyn Sheofee doubled to center to score Tiger from second base.

Bailey Jones gave the Lady Tigers their final lead in the fifth on a single to center that scored Wofford from third base with two outs. Wofford led off with a triple to left.

Sheofee brought Coweta even again in the sixth with a sacrifice fly to right field, allowing Tiger to cross home plate.

Coweta totaled 14 hits and was led by Oswald, who went 4 for 5 with a pair of triples, two runs scored and two RBIs. The Lady Tigers also received three hits from Tiger. Sheofee had two hits and a game-high four RBIs, and Wheat went 2 for 4.

Wiggins added two hits for Tahlequah, who finished with 10 hits as a team. Danner drove in a team-high two runs, Wofford had a pair of triples and Hannah had the other extra-base hit with a double.