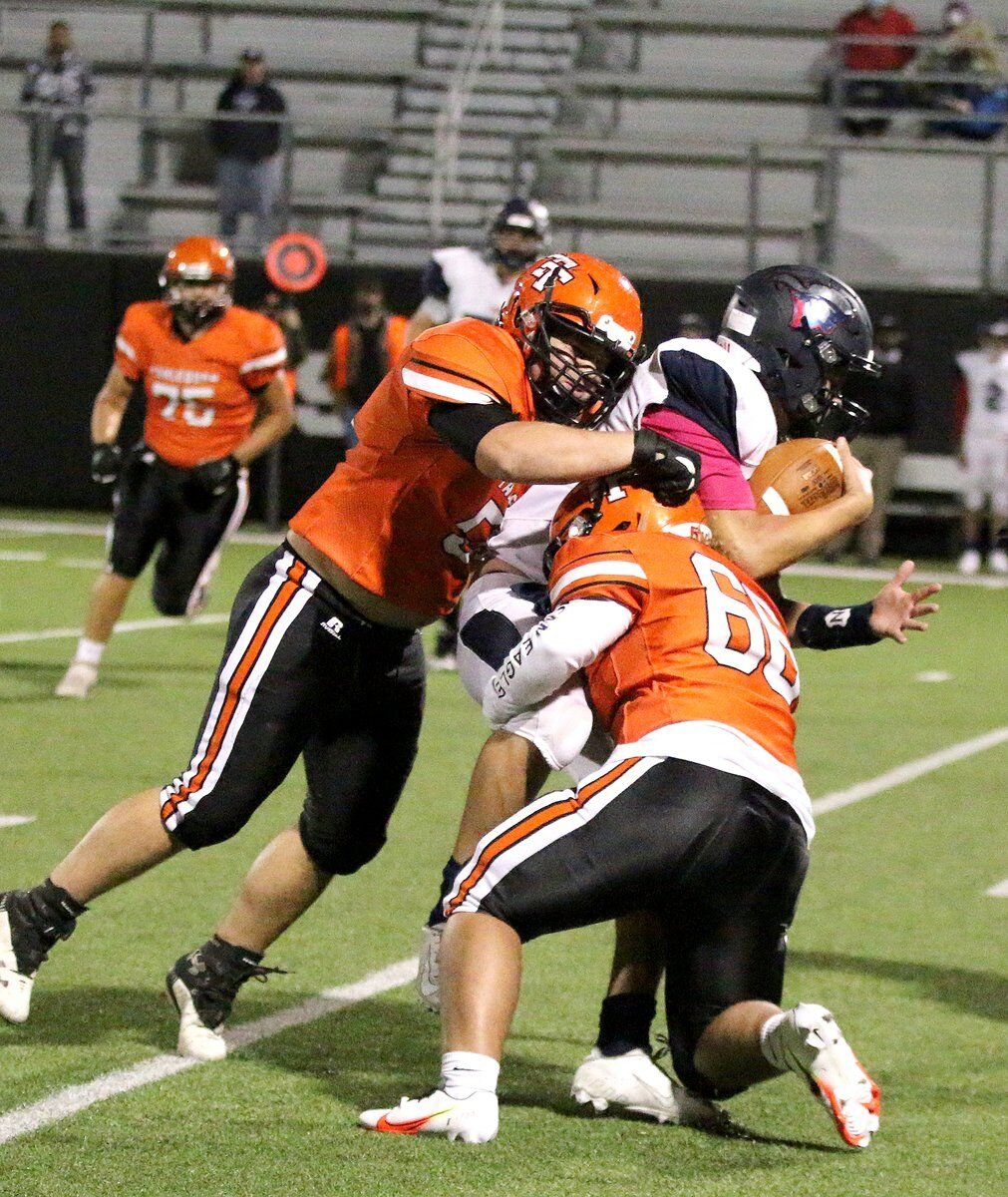 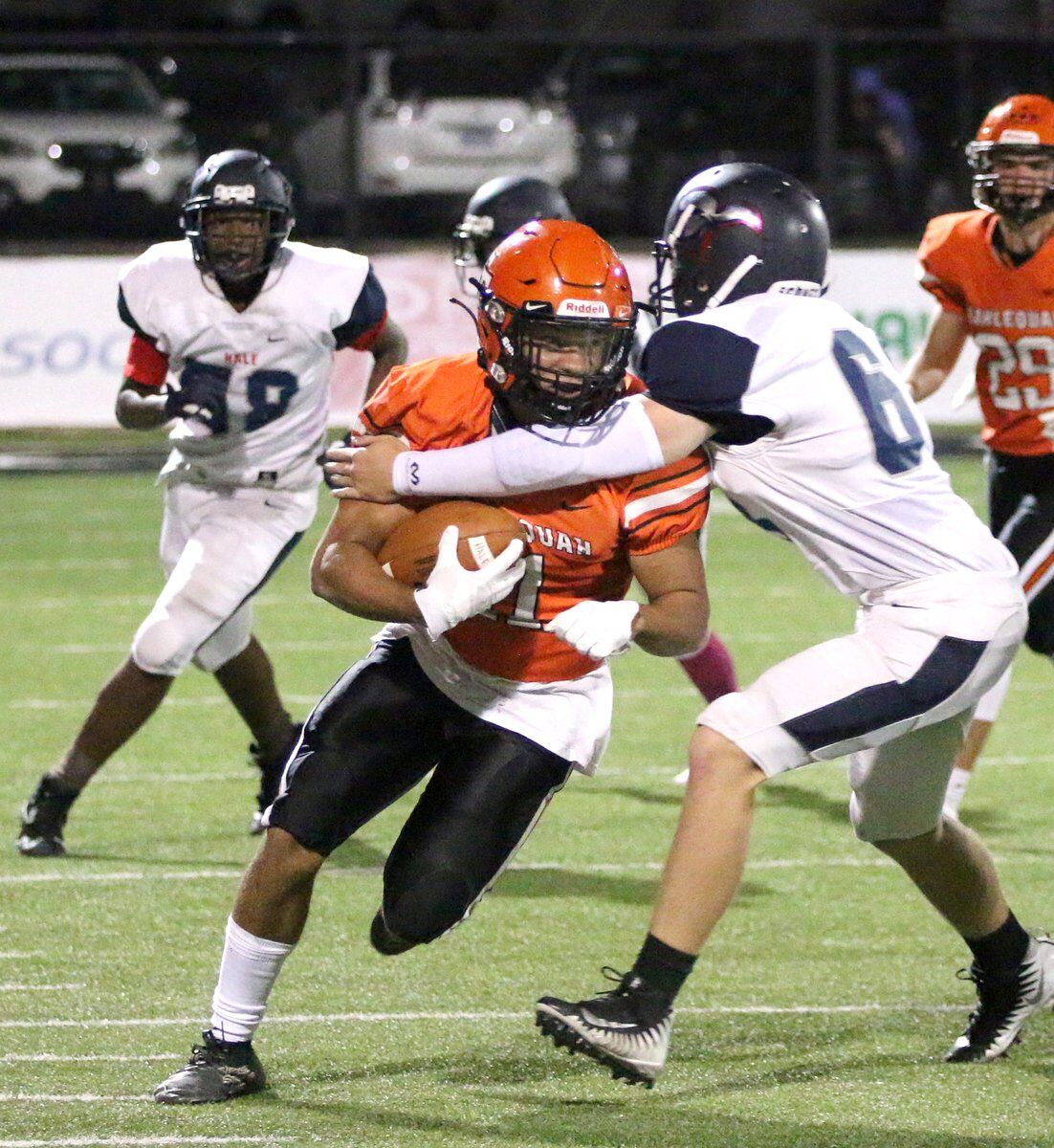 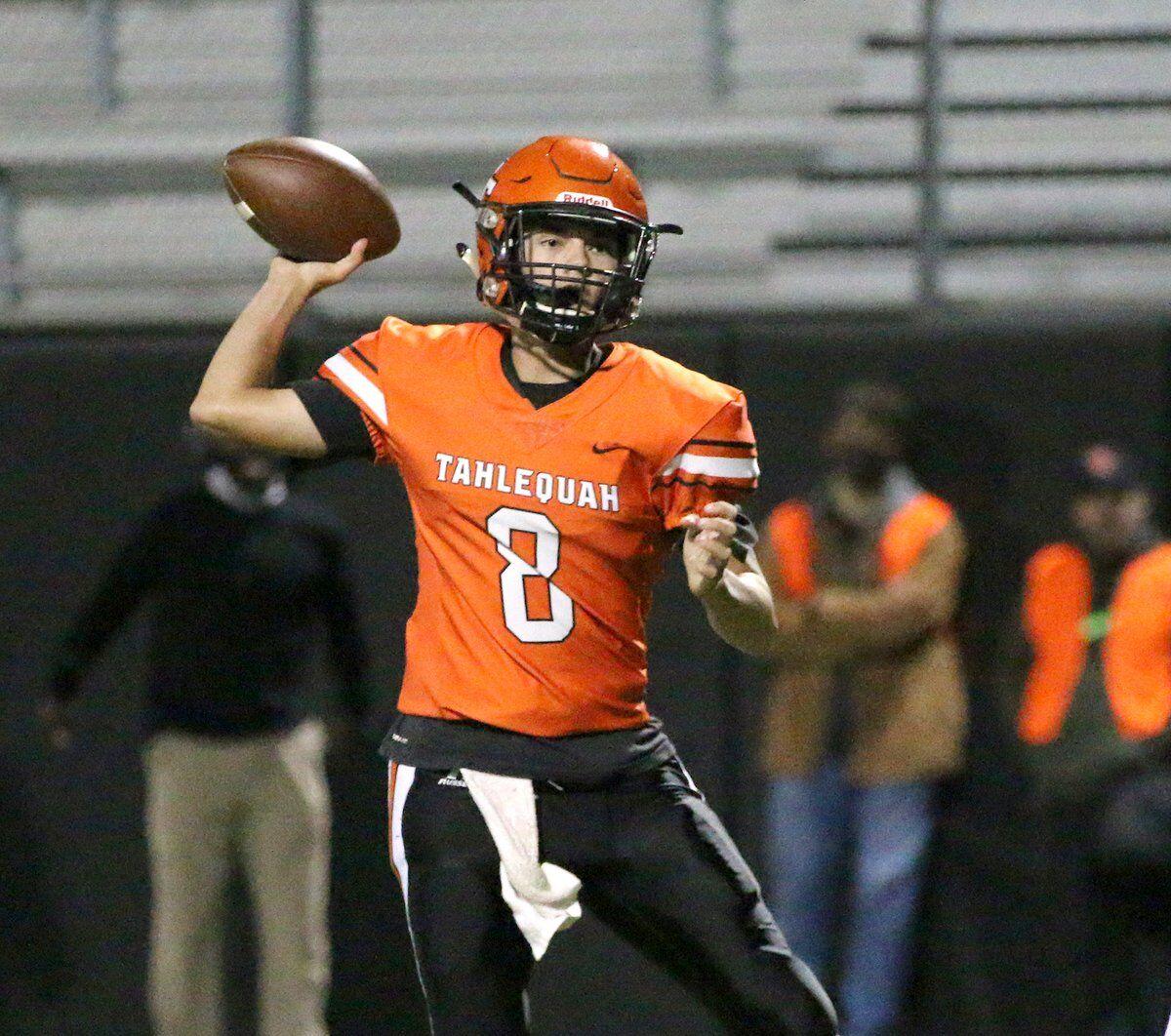 Tahlequah was dominant in every phase Friday in its return as it steamrolled Tulsa Hale, 72-0, in its District 5A-4 opener on homecoming night at Doc Wadley Stadium.

Tahlequah, who snaps a two-game losing streak and improves to 2-2 overall, totaled a season-high 432 yards of offense — including 353 yards on the ground — returned two punts for touchdowns, and scored 57 of its points in the first half. Defensively, Tahlequah limited the Rangers (0-4, 0-2) to 75 total yards and forced two turnovers.

Friday’s outcome was just what the Tigers needed after being forced to cancel last week’s matchup with Pryor due to COVID-19.

“Just being back out there is what the guys wanted,” Tahlequah head coach Brad Gilbert said. “They want to play football. It was just a blessing to be back out there with these guys and they came out and did exactly what they were supposed to do, and that’s what you want to see as a coach. You want to see your young men come out and execute at a high level.”

The Tigers went to work right away, scoring on the game’s second play from scrimmage when junior running back Malik McMurtrey ran 25 yards for a touchdown. It was McMurtrey’s first outing since the season opener against McLain. He added a 31-yard TD run later in the opening quarter and finished with 96 yards on just four carries.

Tahlequah, who scored 41 points in the first quarter, also had punt returns for touchdowns from Carson Ferguson (33 yards) and Qua’shon Leathers (64 yards), a Tyler Joice 22-yard TD pass to Leathers, and a 41-yard touchdown run from running back Josh Munoz.

The Tigers were turnover free after combining for eight turnovers over the first three games, including a combined five in the losses to Wagoner and McAlester.

“We got some big plays in the special teams and it gave us some excitement, some energy that we needed,” Gilbert said. “It was just a clean game, and that’s what you want to see. We stayed out of our own way and came out and did what we were supposed to.”

“I think tonight was about as good as we could’ve performed,” Gilbert added. “Everybody got to play and we needed that...just with the environment we’re in and you never know who’s going to be able to play from week to week.”

Munoz went on to rush for a game-high 106 yards on seven carries and found the endzone three times. He started the second quarter with a 29-yard scoring run and closed the first half scoring with a 5-yard TD.

Brody Younger and Khaidyn Spoonmore had Tahlequah’s final two touchdowns. Younger scored from five yards out at the 4:54 mark of the third quarter, and Spoonmore ran 13 yards for a TD to complete the scoring in the fourth quarter.

Three different quarterbacks took snaps for the Tigers. Joice, in limited snaps, completed 3 of 4 passes for 36 yards. Senior Hunter Smith completed four of his six attempts for 40 yards, and Younger, a freshman, completed both of his two attempts for three yards.

Senior Kobey Baker, who had a career-high 10 receptions in the Tigers’ loss to McAlester on Sept. 18, had an interception and one catch for eight yards. He was one of eight different receivers to have a reception. Coda Bunch had two grabs for 26 yards.

“We’ve got a big challenge next week and we’re excited about that,” Gilbert said. “Sapulpa is a very talented football team and we’ll have our work cut out for us. Our guys will look forward to it and it’ll start Sunday when they show up in preparation for that.”