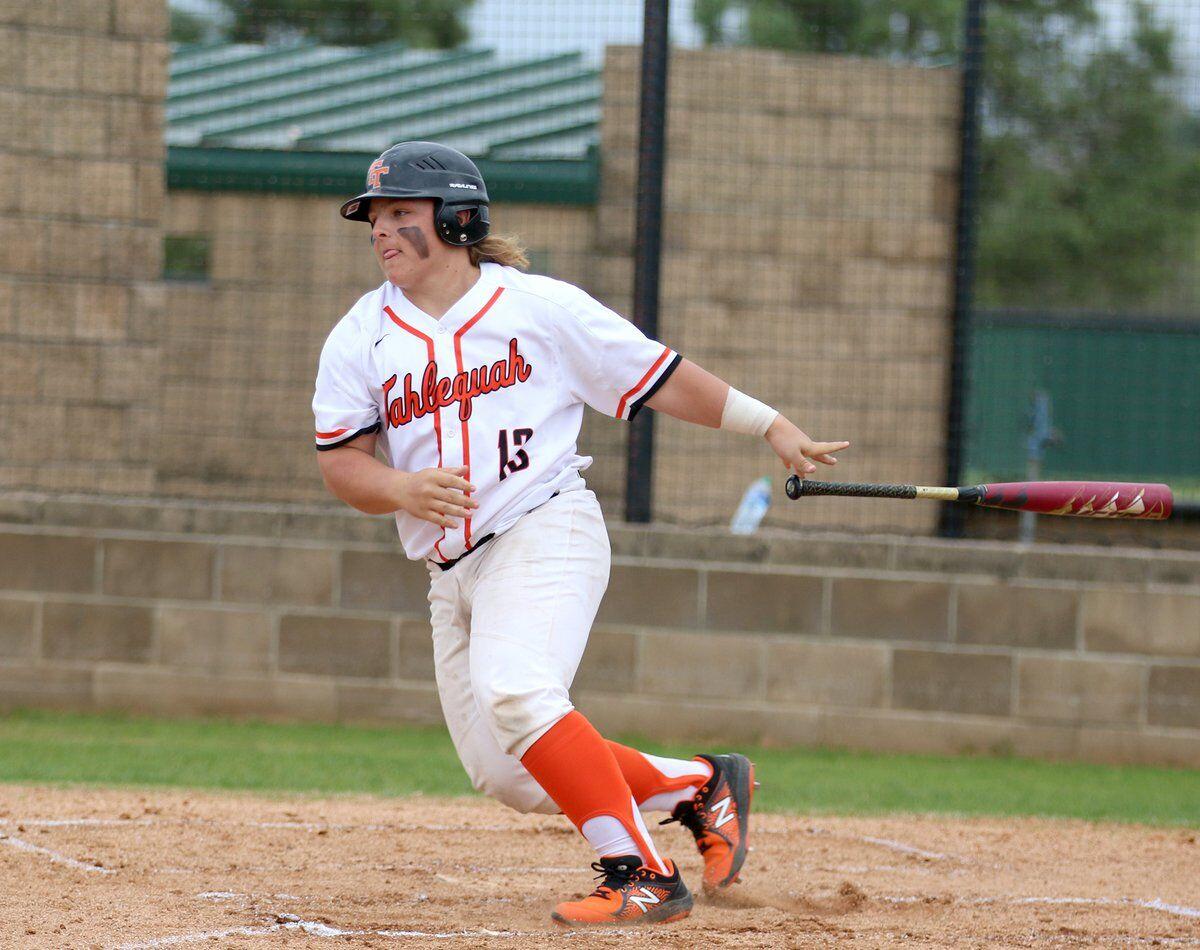 Tahlequah's Luke Chaffin lines a single to left field during the first inning Tuesday against Tulsa Will Rogers. 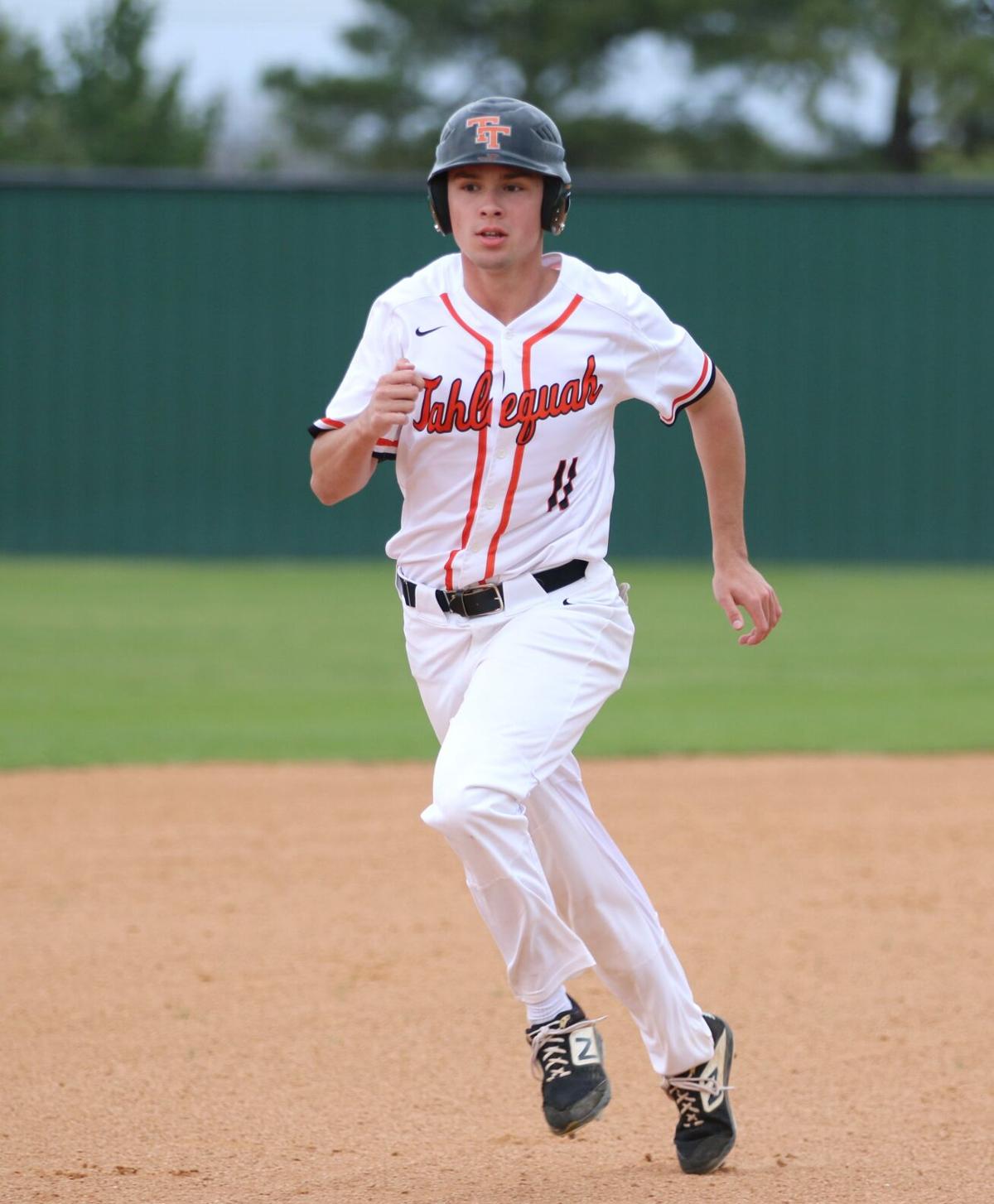 Tahlequah's Shaw Thornton runs to third base during the first inning Tuesday against Tulsa Will Rogers. 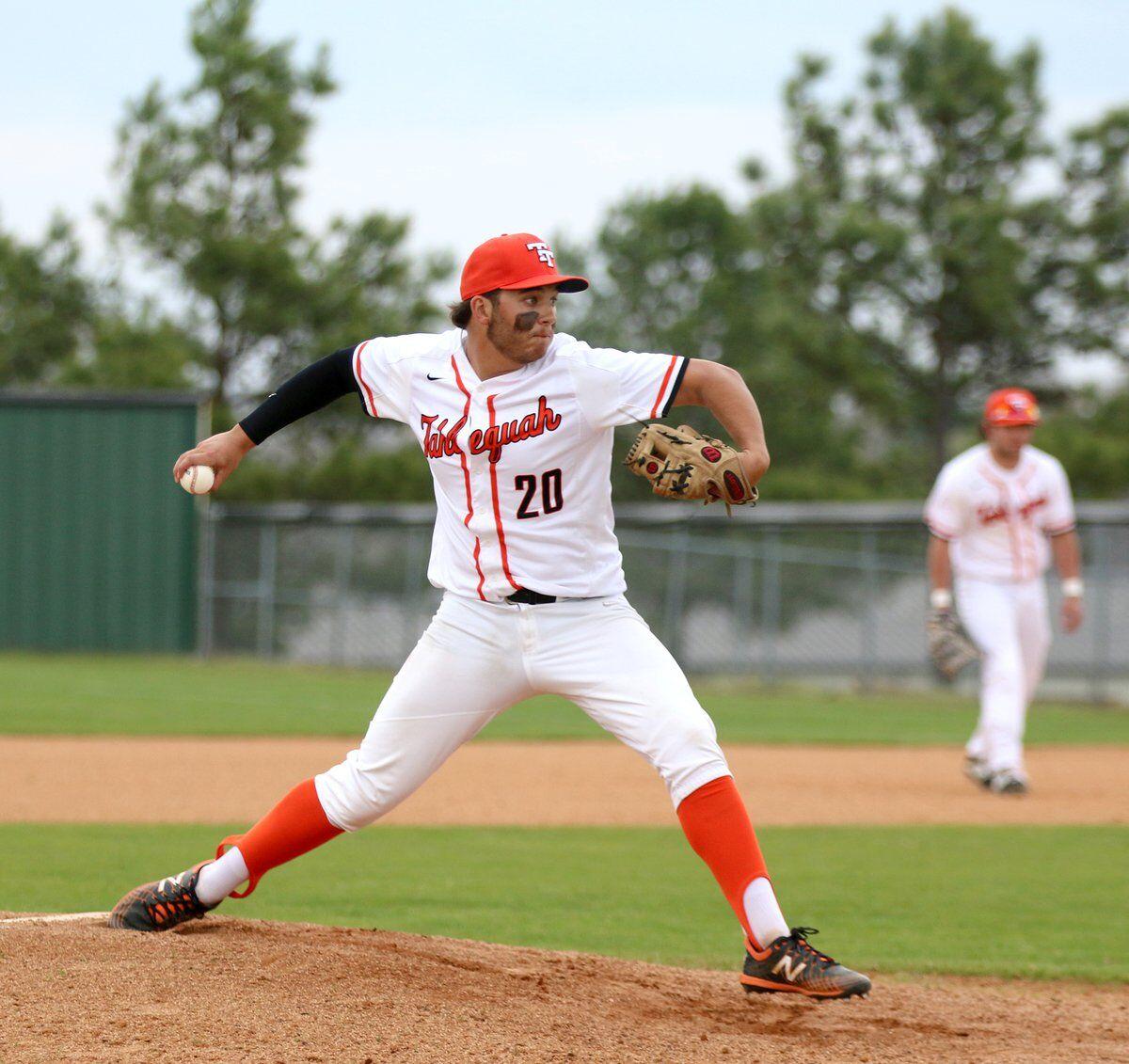 Tahlequah's Luke Chaffin lines a single to left field during the first inning Tuesday against Tulsa Will Rogers.

Tahlequah's Shaw Thornton runs to third base during the first inning Tuesday against Tulsa Will Rogers.

Tahlequah took care of Tulsa Will Rogers for a second straight day Tuesday, cruising to a 13-0 win in Tahlequah.

The Tigers, who clubbed the Ropers, 30-0, Monday in Tulsa, put together back-to-back wins for the first time this season under head coach Bret Bouher and improved to 5-7 overall and 3-3 in District 5A-4.

Tyler Joice and Brody Bouher combined for five of Tahlequah’s nine hits, and the Tigers went to work right away, scoring nine runs in the first inning.

Senior Caleb Davis recorded nine strikeouts across three innings and picked up the win on the mound. Davis, who threw 34 of his 44 pitches for strikes, allowed just one hit and did not issue a walk. Bennett Sams gave up one hit in one inning of relief. Sams struck out two and walked two.

Joice had a game-high three hits, including a double, and drove in one run, while Bouher added two hits and an RBI. Bouher, who scored three runs, had Tahlequah’s other extra-base hit with a double.

Luke Chaffin, Joice and Bouher sparked the Tigers’ nine-run first inning. Bouher doubled to right to bring home Joice and make it 8-9. Chaffin and Joice both delivered RBI singles. Tahlequah scored four of its runs on errors, and Dylan Leep brought across another run when he was hit by a pitch with the bases loaded.

In a three-run third inning, the Tigers were lifted by an RBI groundout by Tanner Christian and a two-run single to left field by Dylan Tiller that drove in Bouher and Davis and completed the scoring.

Christian, Davis, Chaffin and Tiller each finished with one hit.

The Tigers will be at the Victory Christian Tournament in Tulsa from Thursday through Saturday. They return to District 5A-4 play Monday, April 5 when they host Tulsa Nathan Hale at 5 p.m.