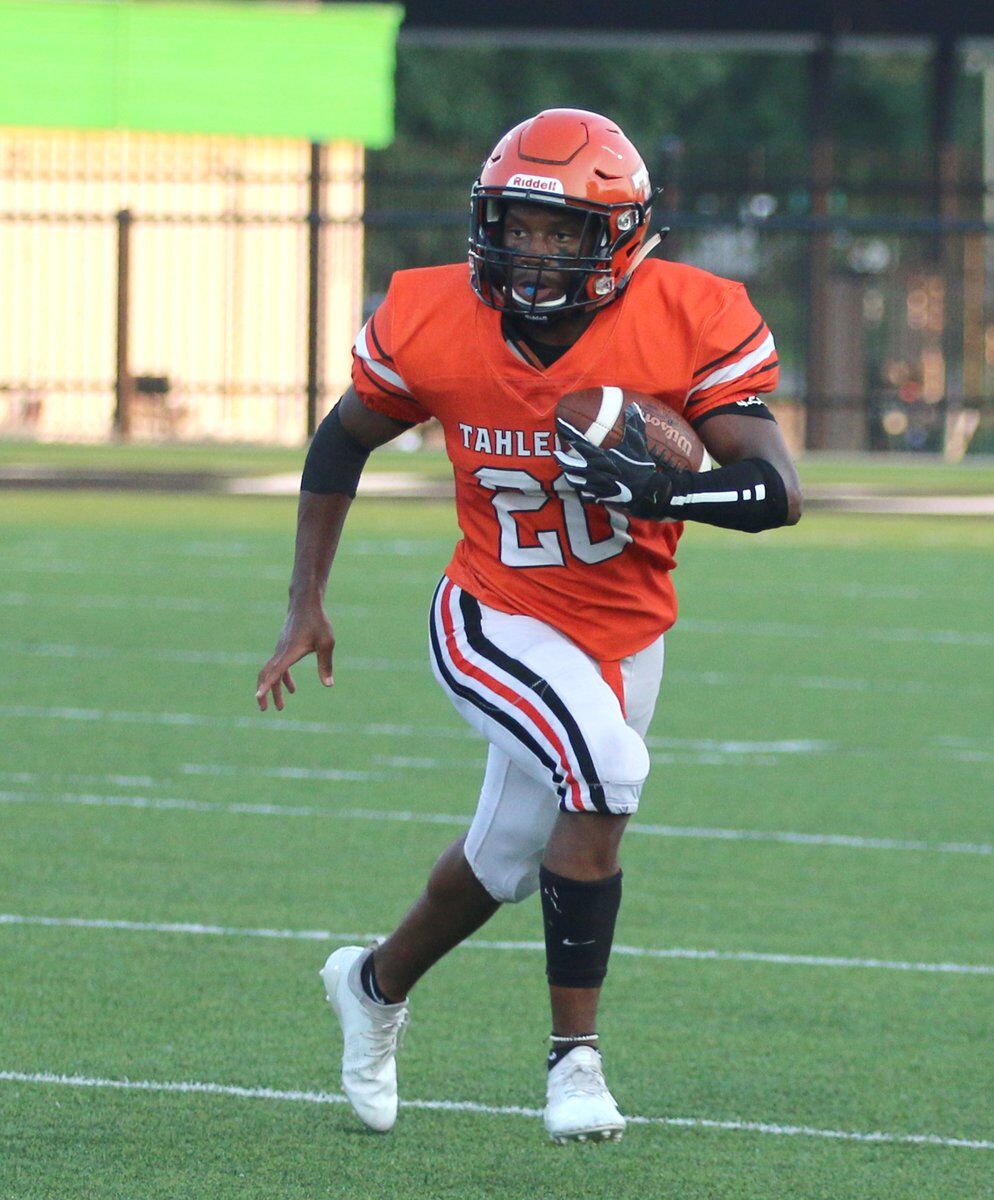 Tahlequah running back Dae Dae Leathers rushed for seven yards on three carries in the East's 21-13 loss to the West in Saturday's OFCA All-State game in Shawnee. 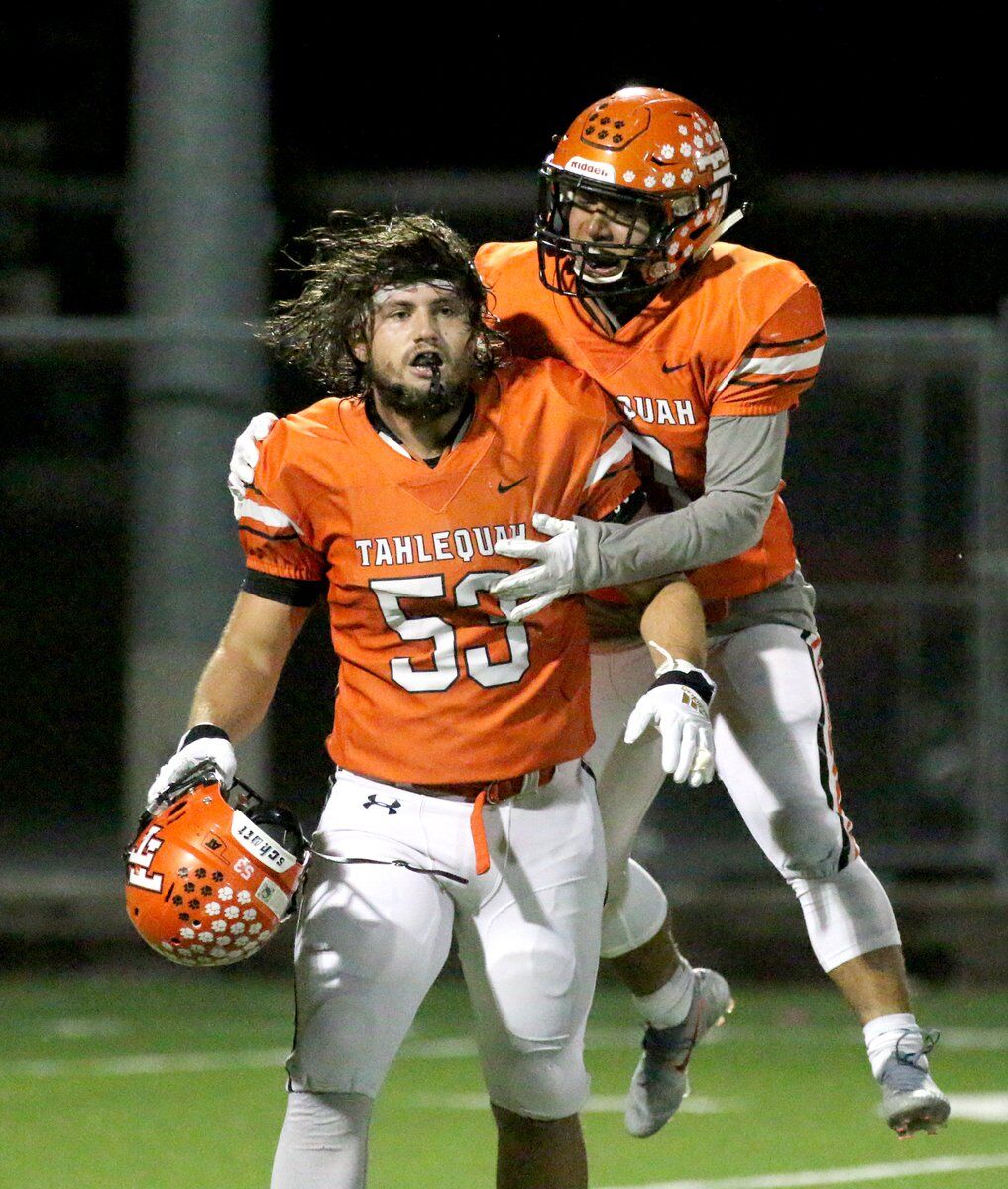 Tahlequah running back Dae Dae Leathers rushed for seven yards on three carries in the East's 21-13 loss to the West in Saturday's OFCA All-State game in Shawnee.

“The experience was awesome and it was really fun to play against the best of the best,” said Corn, the District 5A-4 Player of the Year in 2019.

Corn registered 58 total tackles, and posted team highs in tackles for losses (15) and quarterback sacks (nine) as a senior. He also had six quarterback hurries. Over three years as a starter, Corn had 17 sacks and 32 tackles behind the line of scrimmage. He’s the school’s all-time sack leader.

Another Tahlequah product, running back Dae Dae Leathers, rushed three times for seven yards with a long of six yards. Leathers, the Tigers’ all-time leading rusher and the 2019 5A-4 Offensive Player of the Year, was the first running back chosen to an All-State team in school history.

“It was a great experience to play against some of the top kids in the state and I’m very blessed to be a part of a great team we had,” Leathers said.

Leathers finished his Tahlequah career with 3,570 yards and 44 touchdowns. As a senior, he rushed for 1,568 yards, averaging 7.6 yards per carry with a single-season school record 22 touchdowns.

Coleman rushed for one yard on three carries.

Defensively, Drew Elerick totaled four tackles, one of those for a loss. Sartin finished with three total tackles, and Olguin had one tackle, 0.5 for a loss for the West.

The West overcame a 13-7 deficit with a pair of touchdowns in the fourth quarter. Moore running back Jayce Gardner, the game’s leading rusher with 41 yards, scored on a two-yard run at the 8:31 mark of the fourth, and Kaden Merrell’s PAT gave the West the lead for good at 14-13.

Sam Brandt was on the receiving end of a Jaxon Ratterree nine-yard touchdown pass with 6:37 remaining for the game’s final points.

Gundy threw a pair of touchdown passes (22 and 34 yards) to Claremore receiver Dylan Kedzior for the East’s two scores.

TAHLEQUAH [mdash] Graveside funeral services for James Smith, 73, of Tahlequah, will be 2:00 Wednesday Aug. 12, at the Fort Gibson National Cemetery, Ft Gibson, OK under the care of Green Country Funeral Home. Officiating will be Rev. D,J, Wulf. On line condolences may be expressed at tahleq…