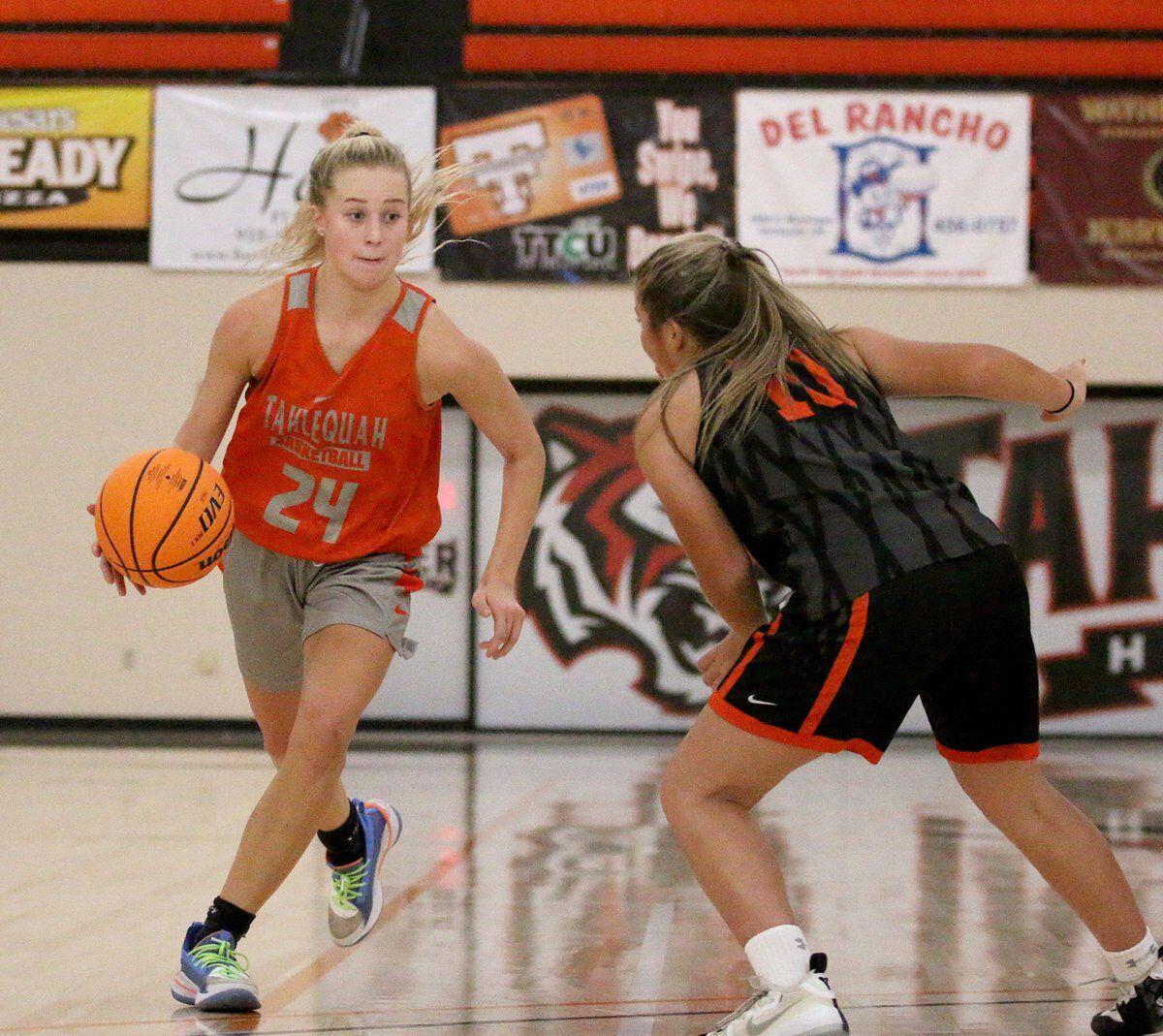 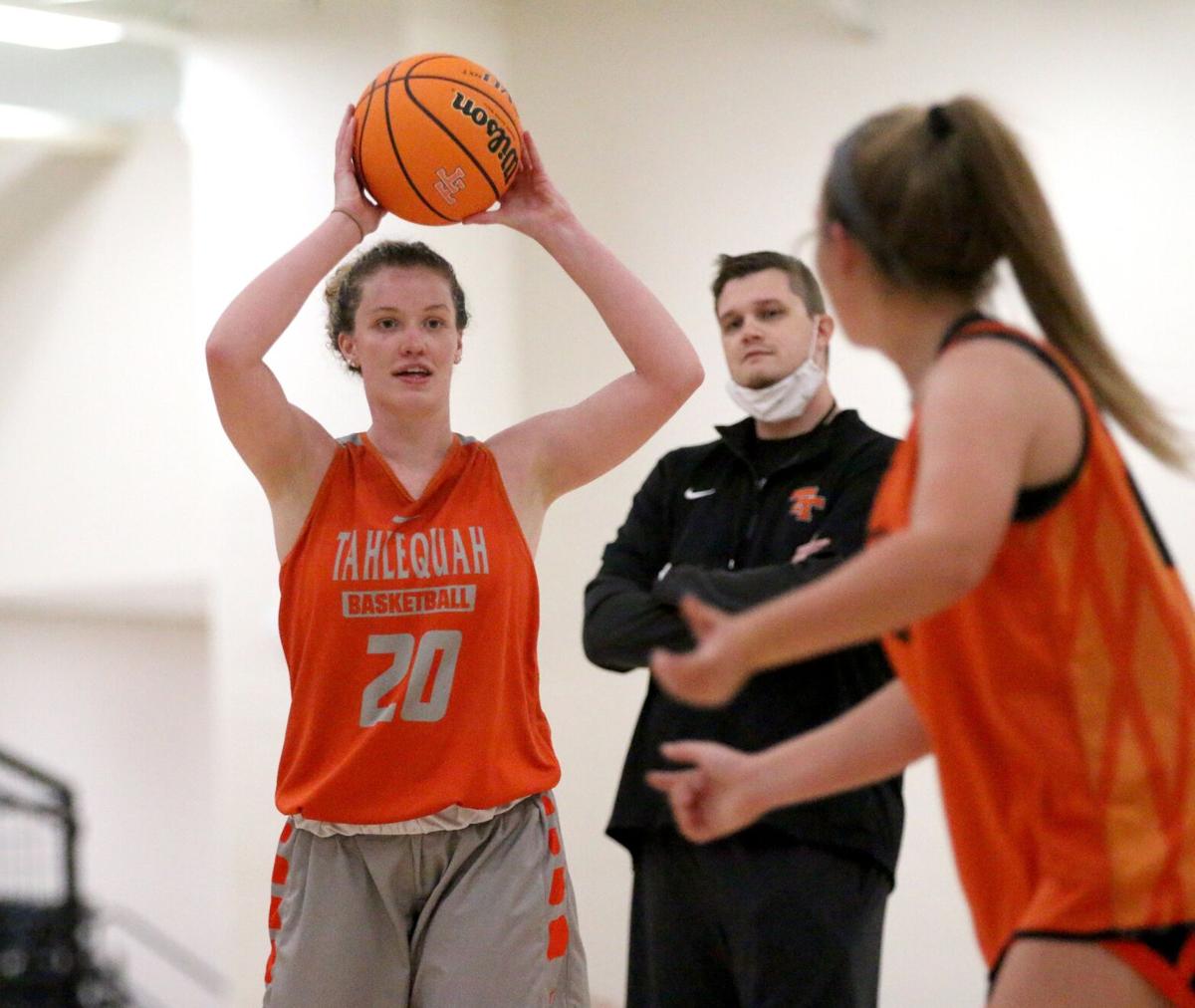 The Lady Tigers, who return three starters and a strong nucleus from a team that reached the Class 5A State Tournament last season, started their third week of practice Monday afternoon at the Tahlequah Multipurpose Activity Center.

Tahlequah will host Stilwell in its first scrimmage on Tuesday, Nov. 3. The Lady Tigers open their season on Tuesday, Dec. 1 when they visit Skiatook. They will also get to participate on the big stage in late December at the BOK Center when they play in the Tournament of Champions with the likes of Norman, Oklahoma City Classen SAS, Tulsa Booker T. Washington, Sapulpa, Grove, Verdigris and Jones.

“I’m excited,” said Qualls, who guided THS to a 19-7 record last year and the third state tournament appearance in the last four years. “Since we got them when school started they’ve worked really hard in preseason, not just on the court, but they’re getting stronger in the weight room and they’re getting in shape. It’s been a fun group to be around.”

Fishinghawk, the lone senior on this year’s team, averaged 7.2 points and led the Lady Tigers with 43 made 3-pointers as a junior.

“Kacey will be a three-year starter and she took the summer really seriously,” Qualls said. “We did COVID workouts and we had to rely on them doing stuff on their own. Kacey went out and got a trainer on her own, got herself into really good shape, and she’s been a good leader for us. We’ll rely on her for senior leadership.”

McAlvain, a junior, averaged 8.6 points a year ago. She also pulled down 5.1 rebounds, buried 38 3-pointers and shot a team-best 76.8 percent from the free throw line.

“Lydia’s coming off the area final game where she had 18 points and 10 rebounds,” Qualls said. “Once she turned the corner last year, it was when she was attacking more. She really balanced her game out toward the end of the year. She’s still in attack mode and passing the ball well.”

Springwater was the team’s leading scorer as a sophomore, averaging 12.4 points. She also paced Tahlequah with 6.6 rebounds, shot 47 percent overall from the floor and a team-high 45.2 percent from 3-point range.

“The thing I notice with Faith right now is her shot is close to midseason form,” Qualls said. “Faith has gotten stronger. She’s had a preseason where she’s been able to get in the weight room and lift a little bit, and work on some things off the court. She has leadership qualities after being a starter for the last two years.”

Qualls picked up an experienced two-year starter in move-in junior Tatum Havens, who’s the daughter of new Northeastern State men’s basketball head coach Ja Havens. Havens was a starter over the last two years at Ada and averaged 11.8 points and 5.8 rebounds as a sophomore.

“Tatum fits in really well with this group,” Qualls said. “She is long and she shoots the ball well. At Ada, she was more of a spot-up shooter type and we’re trying to kind of evolve her whole game to where she’s playing a little bit inside and outside. Her bread and butter is catching and shooting. She’s a good shooter, and obviously she’s a coach’s kid. She’s got a good head on her shoulders and she works really hard.”

Forward Kloe Bowin and point guard Kynli Heist are two starters from last year that must be replaced. Bowin, who averaged nine points and 5.8 rebounds, is at Rogers State University, and Heist averaged 7.8 points, shot 39.6 percent from 3-point territory and led the team with 33 steals.

“On paper we’ve got a lot back,” Qualls said. “We lose probably our two most important positions with Kloe at the 5 and Kynli at the point. Anytime you replace a point guard it’s always a little bit of a transition. We’ve got a strong junior class, but with just one senior, we’re still pretty young. Without the summer you don’t know where you’re really at because you didn’t play anybody else. Typically in the summer you play 25 to 30 games in various team camps and summer leagues. You have an idea in preseason and fall what your identity is and what groups kind of mesh well together. That’s something that we’ll have to evaluate during scrimmage season.”

Qualls also has a strong incoming freshman class. He mentioned Kori Rainwater and Jaydn Buttery as two that will provide minutes from the post.

“Our freshman class, I think, has a chance to be one of the best that’s come through,” Qualls said. “I think a few of them will really help us, and Kori Rainwater and Jaydn Buttery will help us where we need it in the post.”