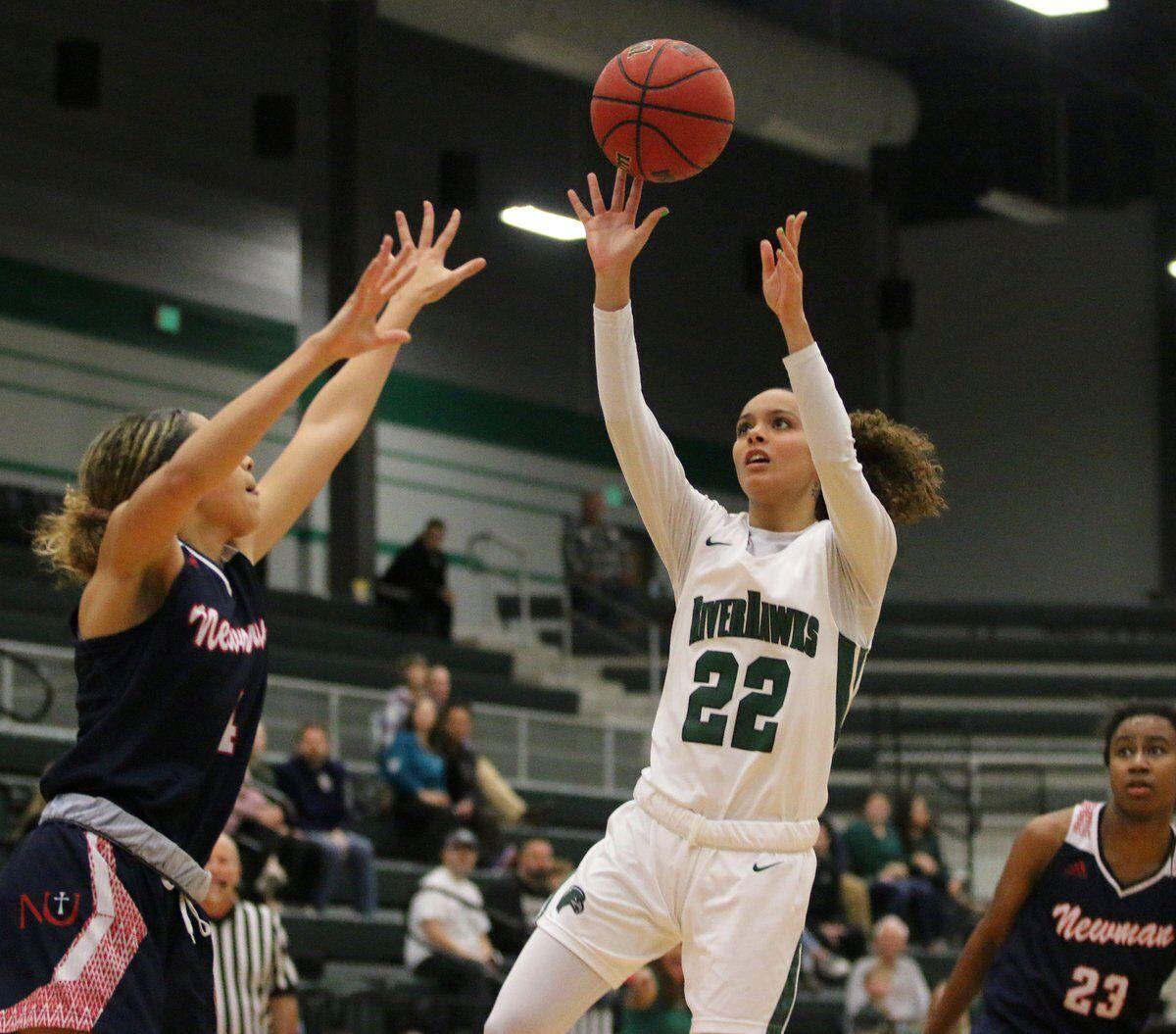 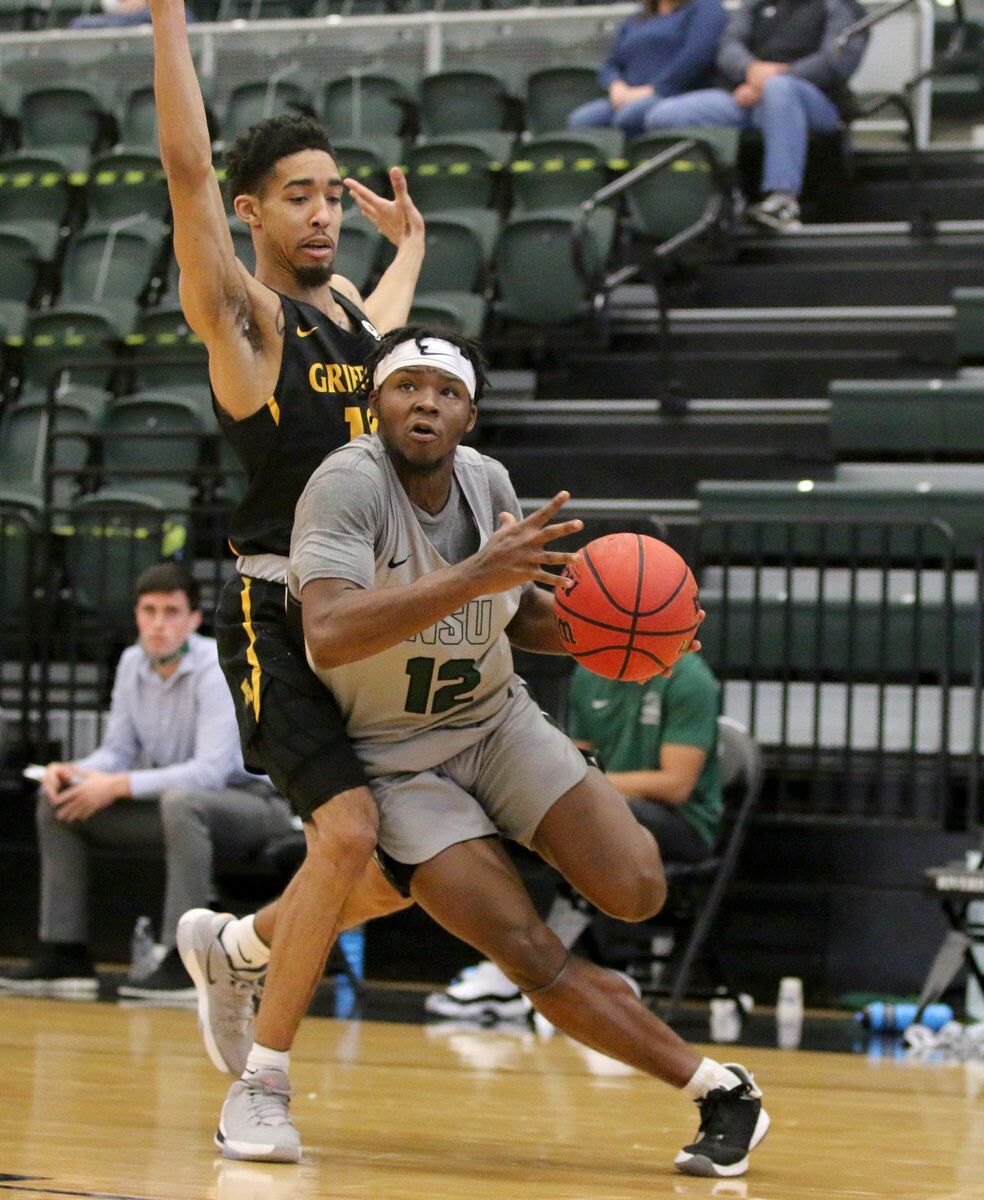 Rashad Perkins finished with a team-high 14 points Saturday in the RiverHawks' 66-58 loss to Northwestern Oklahoma.

Rashad Perkins finished with a team-high 14 points Saturday in the RiverHawks' 66-58 loss to Northwestern Oklahoma.

The Northeastern State men’s and women’s basketball teams will both play their home openers this week at the NSU Event Center.

The men will host Arlington Baptist in a 7 p.m. tipoff Tuesday. The RiverHawks (1-1) are coming off a 66-58 loss to Northwestern Oklahoma Saturday on the final day of the MIAA/GAC Challenge in Edmond.

The women, coming off a 73-56 win over Northwestern Oklahoma Saturday at the MIAA/GAC Challenge, are also 1-1 and will host Bacone College at 6 p.m. Wednesday in a contest that was originally scheduled for 5:30 p.m.

Cook finished with a game-high 24 points on 9-of-11 overall shooting. Cook knocked down four of his five 3-point attempts, went 2 for 2 from the free throw line, and added three assists and two steals in 36 minutes of floor time.

Obukwelu followed with 23 points and closed with a double-double by grabbing a game-high 10 rebounds. The University of Arkansas graduate transfer shot 10 of 16 overall and was 2 for 3 from 3-point territory.

Tylor Arnold, a transfer guard from East Central, also contributed in double figures with 13 points. Arnold played in all 40 minutes of the contest and shot 5 of 11 from the floor. He had one of NSU’s 11 3-pointers and matched Obukwelu with 10 rebounds. Arnold finished with a team-high six assists and three steals.

In Saturday’s setback to Northwestern Oklahoma, Rashad Perkins finished with a team-high 14 points and was one of three players to finish in double figures. In 26 minutes, Perkins shot 5 of 6 overall and was a perfect 4 for 4 from the foul line.

Arlington Baptist enters Tuesday’s contest with a 1-3 record. The lone win for the Patriots came in a 64-60 win over Texas College on Nov. 11.

Four players finished in double figures for the RiverHawks against Northwestern Oklahoma. Jessica Barrow finished with a game-high 20 points on 6-of-8 overall shooting. Barrow was 4 of 5 from 3-point range and 4 of 4 from the free throw line. The junior guard/forward added four assists and a pair of steals.

Zaria Collins closed with 15 points, three rebounds and two steals, Aubrey Brown followed with 11 points, made three 3-pointers and handed out a game-high seven assists, and Maleeah Langstaff contributed with 10 points and ended with a game-high 10 rebounds and four blocked shots.

NSU senior guard Maegan Lee had a game-high 21 points in the season-opening loss to Mary. Lee shot 8 of 12 overall from the floor and was 4 of 6 on 3-pointers. Collins was the only other player to finish in double figures with 14 points. Collins added seven rebounds and three assists.

Bacone College has lost six straight games and enters play with a 1-9 record. The lone win came against Randall University, 78-67, on Oct. 30.