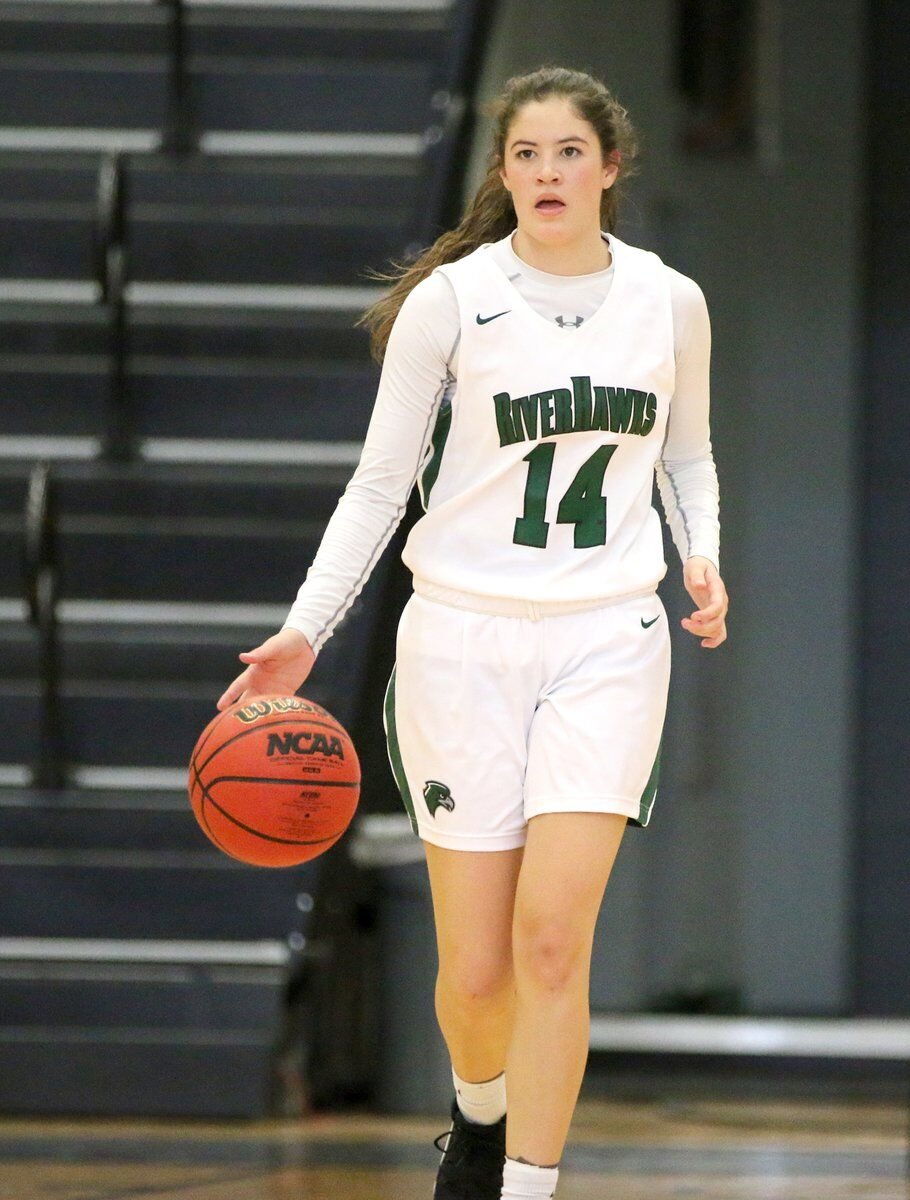 Cenia Hayes has led the RiverHawks in scoring the last two seasons. 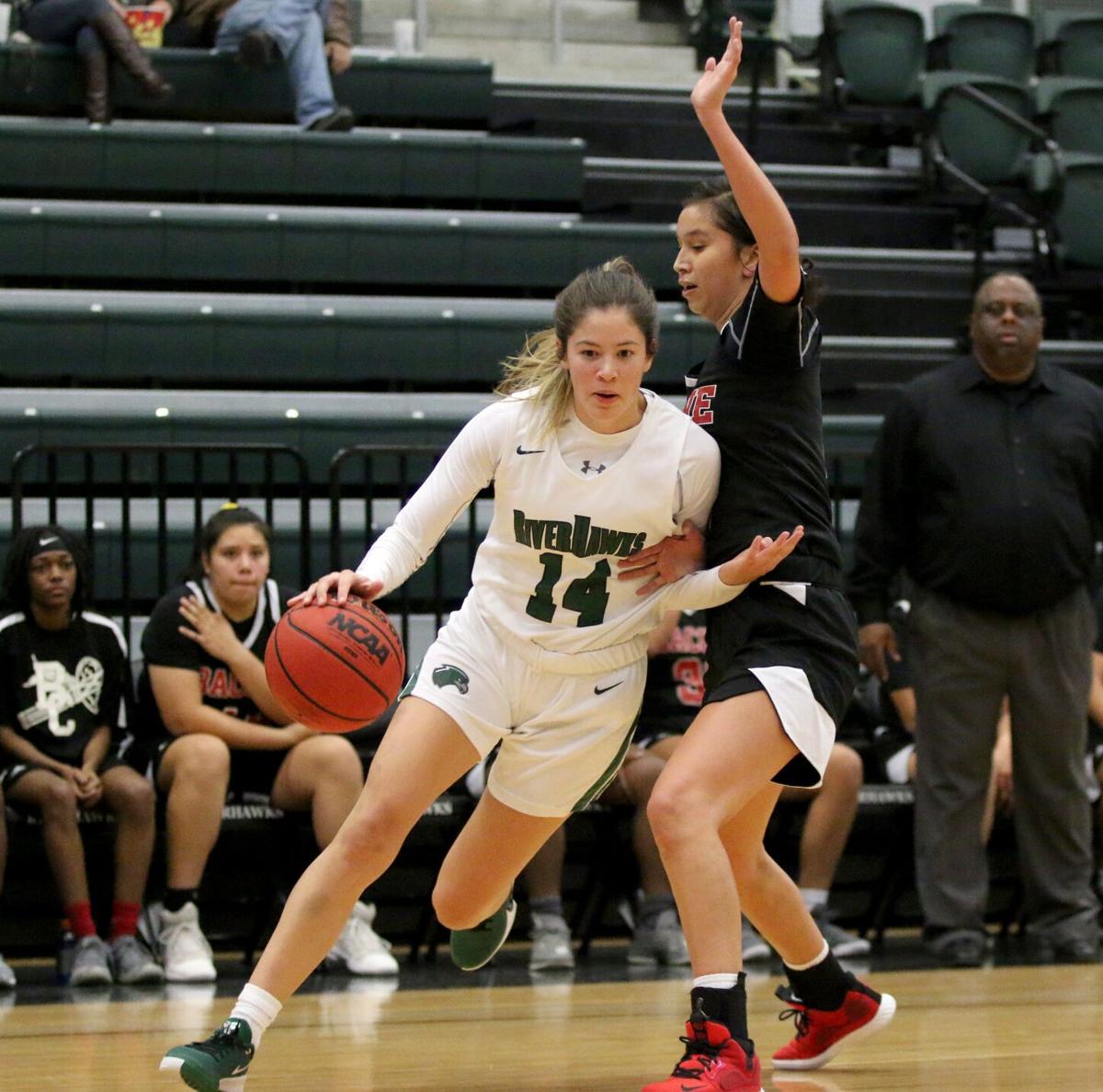 Cenia Hayes has led the RiverHawks in scoring the last two seasons.

Senior women’s basketball guard Cenia Hayes is the first four-year player at Northeastern State University under head coach Fala Bullock. She’s the go-to player for the RiverHawks on the court and in the community as the fan base grows.

Hayes grew up in Tahlequah and attended nearby Sequoyah High School. Although the program she has helped shape hasn’t seen great success yet, Hayes is a significant factor. She has led the RiverHawks in scoring since her sophomore season.

Now, as a senior, it’s time to lead in all aspects and leave her mark.

“She brings consistency,” Bullock said. “Cenia’s more a lead by example player than a real vocal leader. What we get from Cenia is that she shows up every day and does her job. She sets a great example in the sense that she practices hard and you’ll see that transition into her game.”

That is evident in Hayes’ ever-improving numbers heading into the Nov. 19 tipoff to the 2020-21 campaign. Hayes averaged 14.7 points, 5.9 assists and led the team in steals as well as blocks during her junior season.

Hayes is also only 41 points from 1,000 for her career. She hopes to cross the threshold in the first game of the season.

“She’s definitely earned her keep around the offensive end of things,” Bullock said. “She can shoot the ball, can put it on the ground, is excellent at the free throw line and she’s added posting up to her game. She doesn’t get rattled very often and she’s getting everybody’s best defender every night and I think that’s good for us in the sense that we have somebody experienced that it’s happening to.”

Hayes is ready for the challenge. She also is high on the team as each player has an extra year of experience, there is only one true freshman on the roster.

“In all my four years I can really say that I’m most excited for this year. This is the most talented and athletic group that I’ve played with,” Hayes said.

It’s also likely the last time she will play in front of her hometown fans. They’ve been a rock for the guard. When the Coronavirus (COVID-19) shut down the 2019-20 season Hayes’ stress level skyrocketed. She was worried about taking a fifth-year if the season was cancelled. After sitting out her junior season of high school upon tearing her ACL, Hayes was worried if she could endure another intense preseason.

She’ll play this winter though alongside 13 teammates and countless in the community.

“My teammates have tabbed me as the hometown hero,” Hayes said. “To be able to play in front of my family, friends and support system from Sequoyah [is a great feeling]. To this day I still get messages from my old fans and teammates from Sequoyah saying how they’re proud of me.”

This is a positive for the program.

“I think what Cenia brings is community,” Bullock said. “She brings Cherokee nation and all of its great citizens. I think Tahlequah knows they have a really great basketball player and person in Cenia and she’s been really good about connecting us. It’s great to have that diversity in the program and have Tahlequah kids want to stay here to play at Northeastern.”

Hayes is often looked up to by youth with Cherokee blood. Growing up Hayes’ role model was Angel Goodrich. Goodrich played at Sequoyah High, University of Kansas and in the WNBA including the Tulsa Storm. She’s the real hometown hero in Cenia’s eyes. Basketball has allowed them both to share their heritage.

“I remember that feeling, that whenever I saw her, I wanted her autograph and picture with her,” Hayes said. “I have so many pictures. To be able to make other kids feel that way is really a dream come true.”