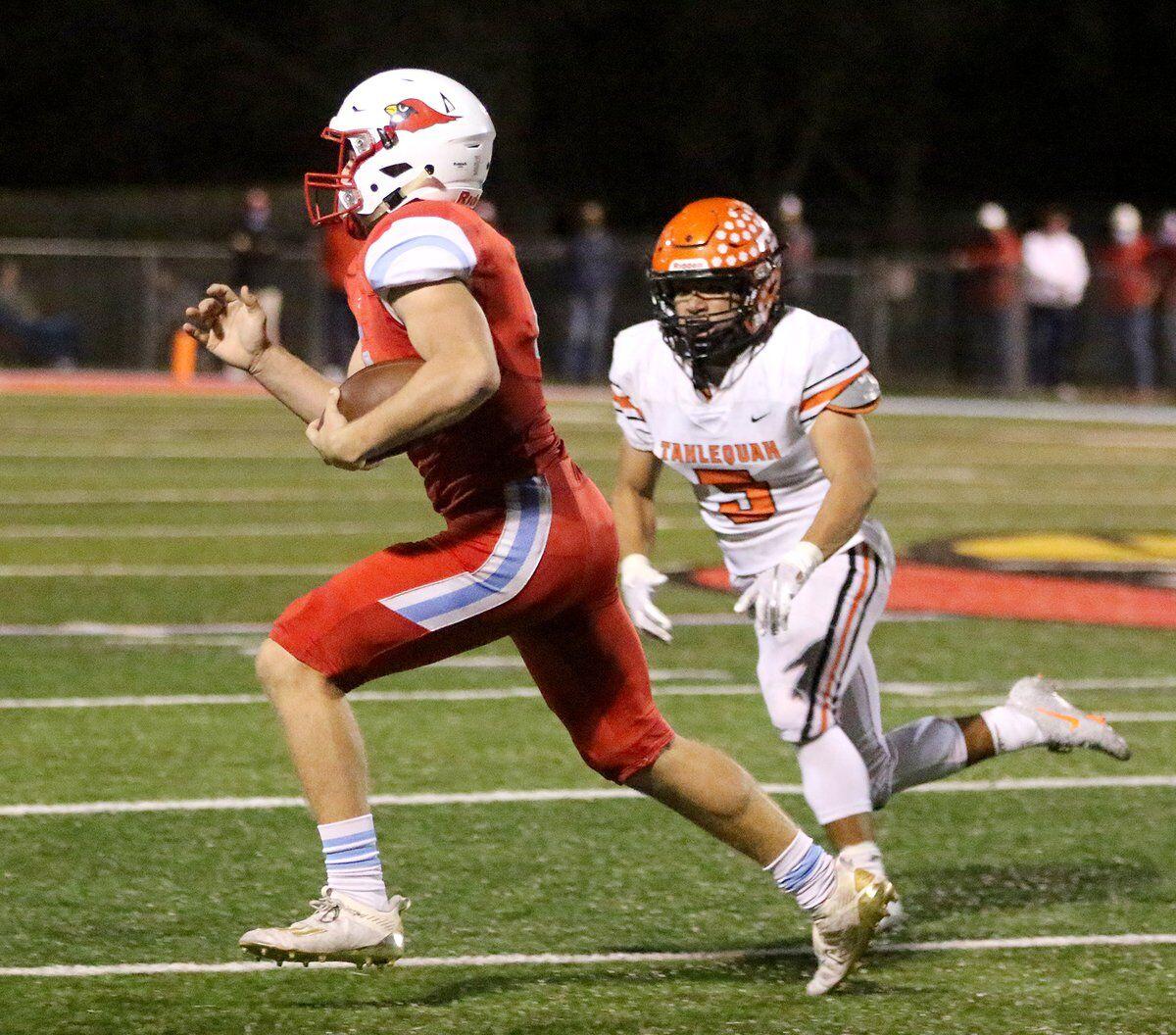 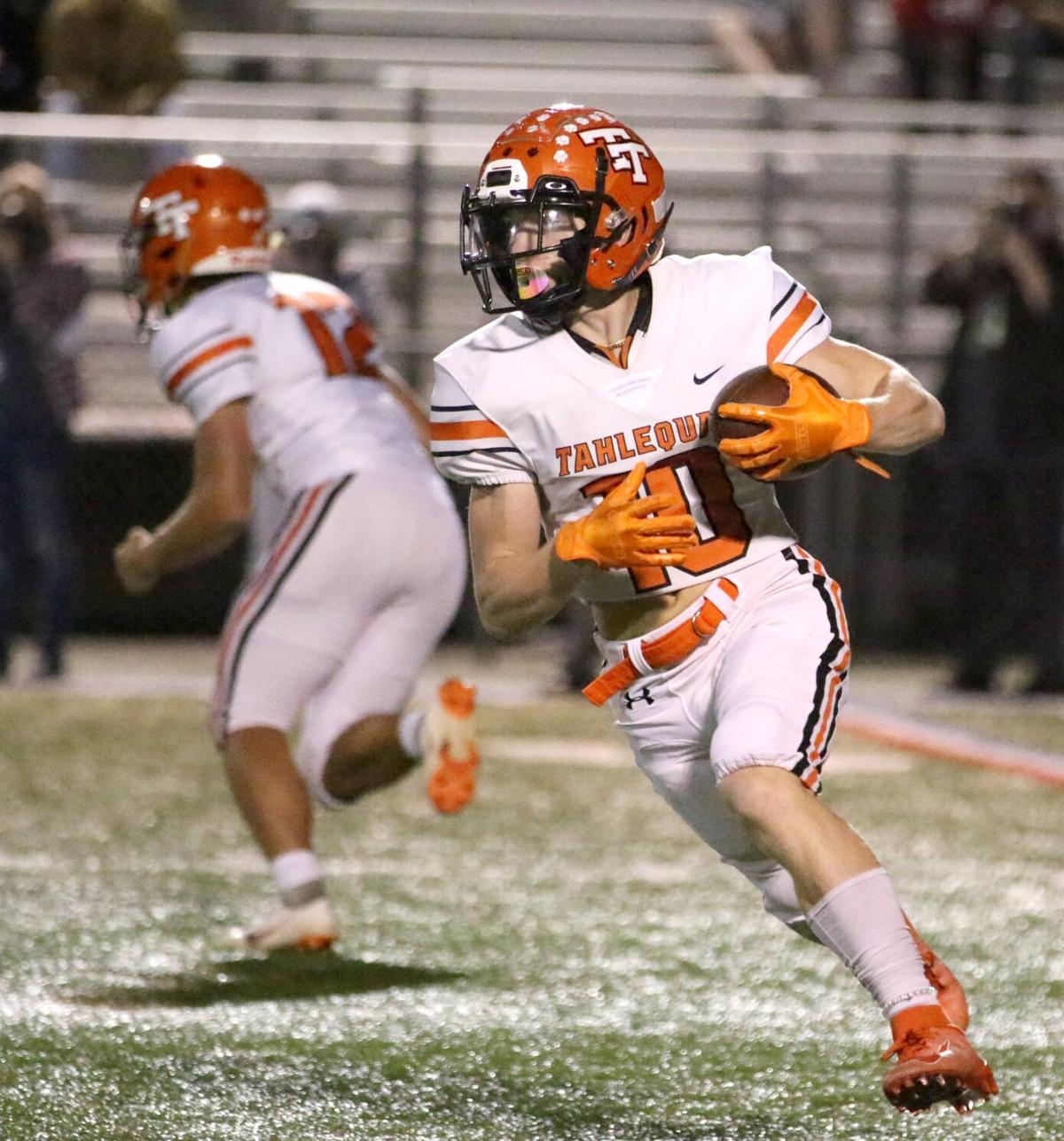 COLLINSVILLE — Tahlequah didn’t get the regular season finish it wanted and had its three-game win streak come to an end Friday in a 55-20 loss to second-ranked Collinsville at Sallee Field in Collinsville.

The Tigers, who fall to 5-4 overall and close District 5A-4 play at 4-2, will turn its attention to the playoffs next week. They will host Tulsa East Central at Doc Wadley Stadium on Friday, Nov. 13.

Collinsville, who clinched a district championship last week, finishes its regular season unbeaten at 10-0 overall and 7-0 in the district.

Tahlequah went in reverse from the previous three weeks. The defense, coming off consecutive shutouts, gave up 448 total yards and allowed the Cardinals to convert 11 of 12 third downs. The offense committed three turnovers that resulted in three Collinsville touchdowns.

“The bottom line is they’re just the better team,” Tahlequah head coach Brad Gilbert said. “When you play a team that’s really good, you can’t come out and do the things we did tonight. It was uncharacteristic of us. We had the turnovers, pre-snap penalties, personal fouls of defense. It was just an ugly night.”

Tahlequah got off to a promising start, scoring on its first offensive possession that was capped on a 51-yard touchdown pass from junior quarterback Tyler Joice to junior receiver Kobey Baker that gave the Tigers a 7-0 lead. It would be the first of three Joice-to-Baker TDs.

The Carney TD pass to Hammond came after Tahlequah’s first turnover — a fumble by junior running back Malik McMurtrey. Hunter Davis returned a McMurtrey fumble 41 yards for a TD in the third quarter, and Collinsville’s Caden Boyd scored on a three-yard run in the fourth after Joice threw an interception.

The Tigers, who finished with 325 total yards of offense, got their final two scores on a Joice-to-Baker 32-yard touchdown during the third quarter. The duo connected again in the fourth quarter on a 14-yard score. Joice completed 17 of 27 passes for 214 yards, and Baker had a game-high 109 yards receiving on five receptions. Joice added a team-best 84 rushing yards.

Collinsville was led offensively by Carney, who completed 9 of 14 passes for 145 yards and three touchdowns, and also rushed for a game-high 154 yards with two more scores. Running back Brayden Gilkey added 128 yards on the ground.

East Central closed its regular season with a 20-14 win over Tulsa Edison Friday. The Cardinals (4-5, 2-5) finished sixth in the District 5A-3 standings.

“We’ve got to get some things corrected heading into the playoffs,” Gilbert said. “We’ve got to look at ourselves in the mirror and make sure we make the corrections necessary so we can have the outcome that we want.”