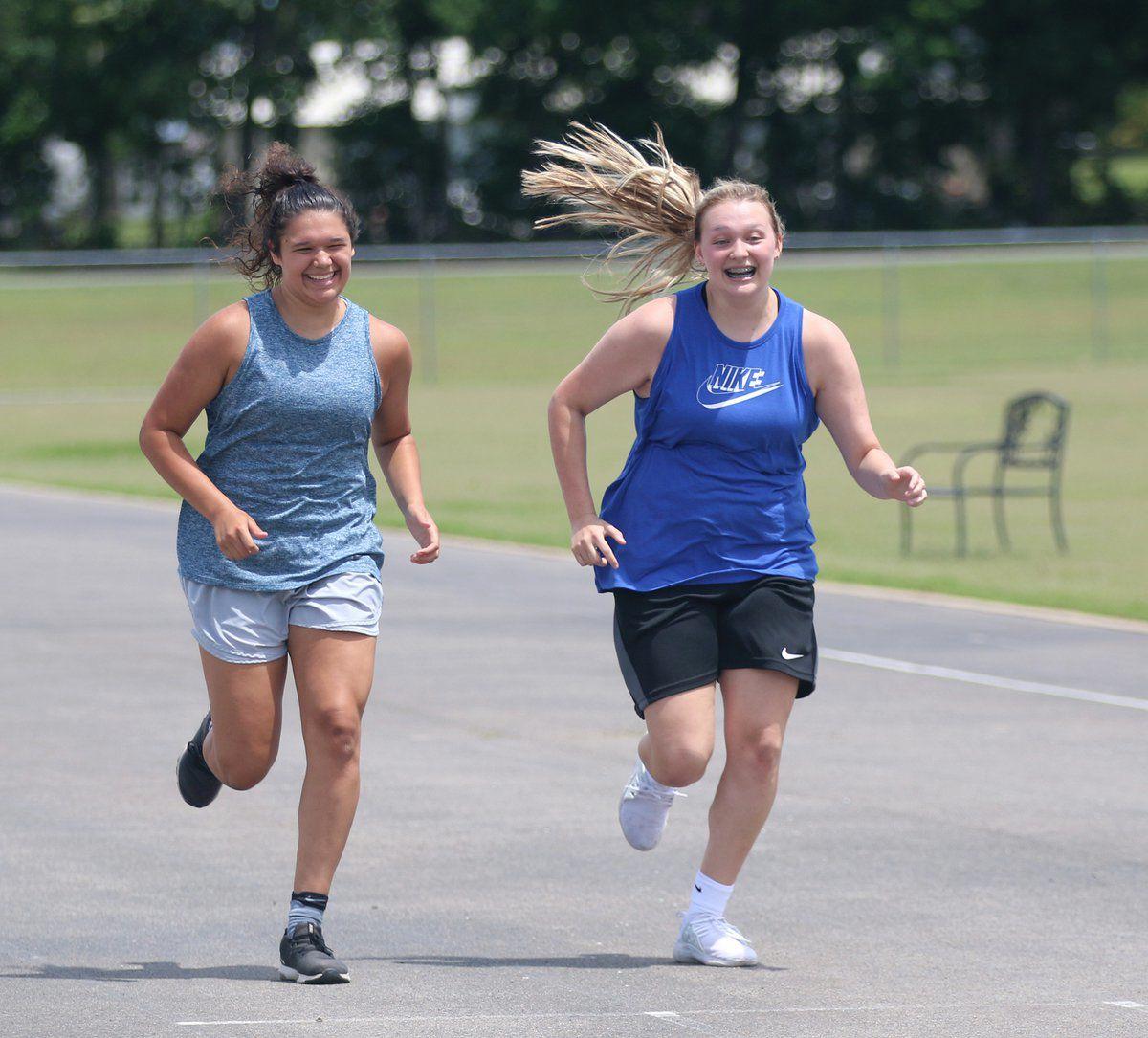 Kylie Eubanks (left) and younger sister, Allie Eubanks, run together on Monday at the Keys High School track during the first day of summer workouts. 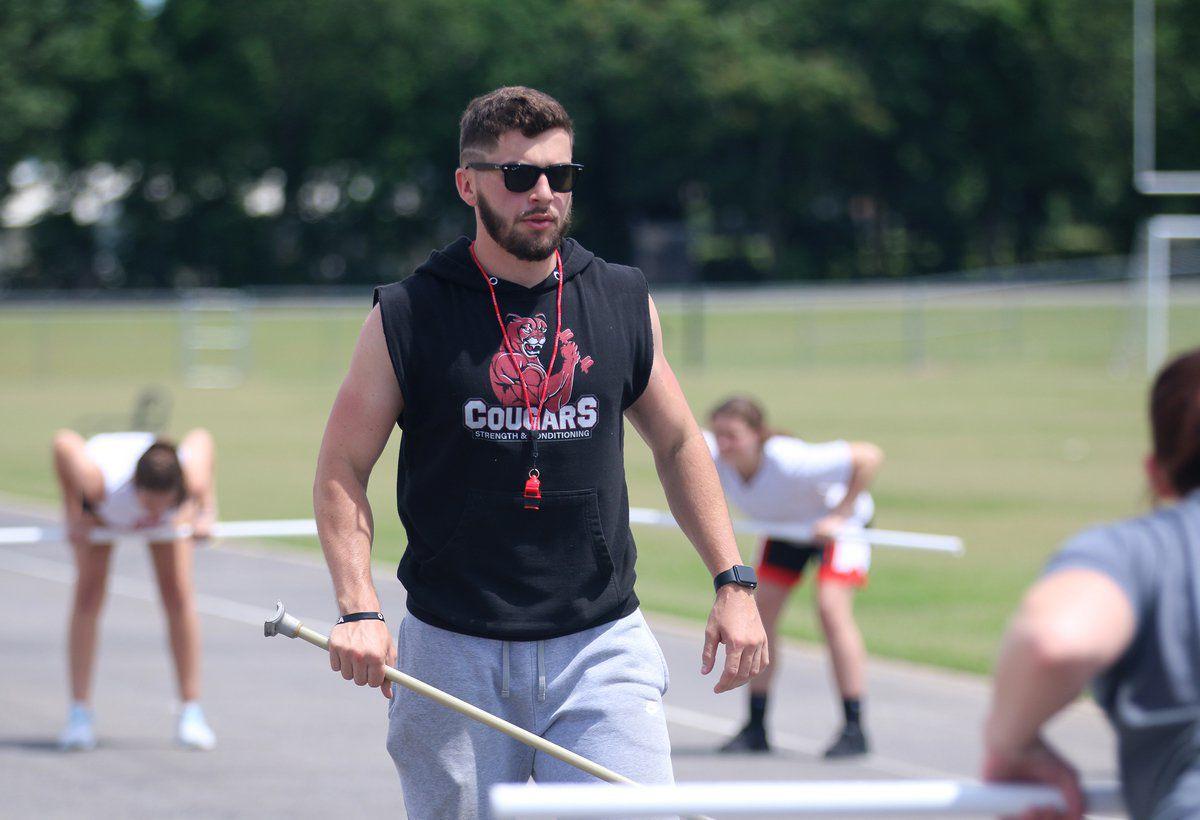 Kylie Eubanks (left) and younger sister, Allie Eubanks, run together on Monday at the Keys High School track during the first day of summer workouts.

Student athletes in football, basketball, baseball, softball, soccer, track, cross country and golf each had time to go through workouts in the weight room, on the track, on the field and on the court.

They got a sense of routine back.

For Lady Cougars' head basketball coach Jami Springwater, Monday was unlike what she's accustomed to.

"It is different, the way we're having to do things considering the way we've always done things," Springwater said. "You can't just go out there...having to keep the kids six feet apart, keep their distance, keep everything clean, keep them sanitized, keep them hydrated. We're cleaning down all of the equipment and stuff afterwards. It's not like it's stuff that we already didn't do, it's just now like we have to do it. We have to make sure we're keeping them safe and keeping ourselves safe as well."

"I think it's going good," she said. "We have a great number out here today. We have 22 girls right here. I know we probably have at least 30 to 35 that can be out here as well. Under circumstances, that's why some of them are not out here."

"Everybody was really adaptable," Springwater added. "They did a really good job of keeping their distance. I had some that came in early and shot, and after they got through they cleaned their own basketball. We were good. I think everything went pretty smooth today."

"It's exciting to get back with everyone," said Eubanks, who has scored 10 points or better in over 40 games in her career and passed the 700-point mark last season. "Being here you have someone who can coach you and everything and at home you just got to kind of do it on your own. It's a lot more exciting to be out here."

"When you work out with your teammates you get laughter and joy, you're having fun with them, and you're getting really committed to it," Holmes said. "When you're at home by yourself, it's just lonely."

Springwater is excited about her team going into 2020-21.

Keys returns valuable parts to a team that went 18-9 and finished ranked No. 19 in Class 3A last season.

"I'm excited about this upcoming year. I think we are going to do some great stuff," Springwater said. "I have two seniors returning. I have Kristina Holmes and I have Ashlynn Berry, who's my point guard. Kristina comes off the bench and helps out and plays in the guard area as well. Also returning, I have Kylie [Eubanks] and I have a big freshman class coming in. I know there's at least two to four of them that can help right away."

Eubanks led the team in scoring last year at 15.6 points per game and also pulled down 6.7 rebounds. She was the Co- Most Valuable Player of the Big 8 Conference.

Eubanks’ younger sister, Allie Eubanks, is a 5-foot-10 forward who Springwater said could fill a starting role, and another 5-foot-10 freshman forward, Sarah Kelly, could be the first off the bench.

The Lady Cougars, who won their second straight district tournament championship last year, lose a pair of seniors from last year in forward Trinity Ward, who was a starter, and forward Emma McCurtain.