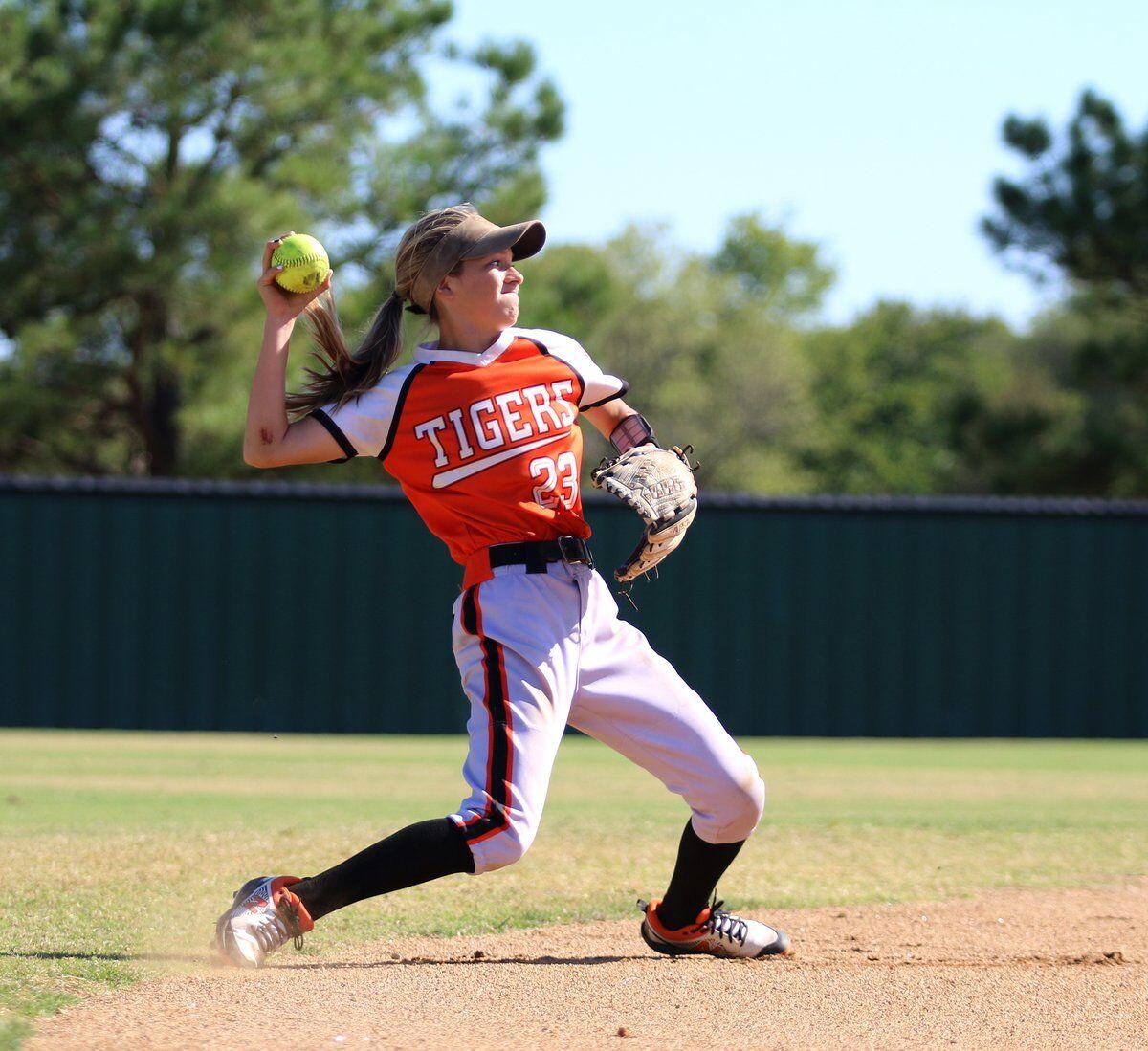 Tahlequah senior shortstop Lexi Hannah sets to throw to first base Thursday afternoon against Hilldale on the opening day of the Tahlequah/NSU Festival. 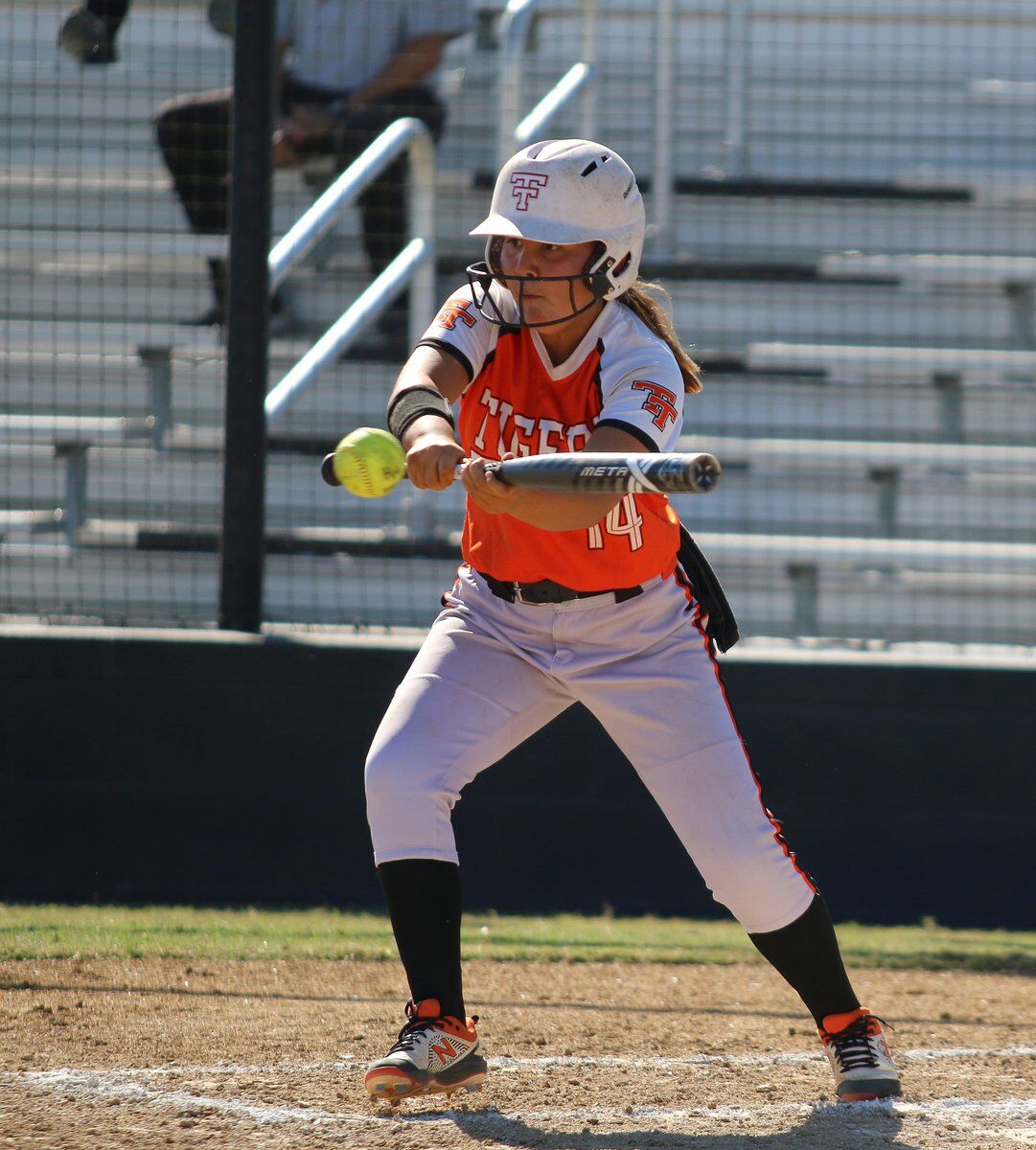 Tahlequah senior shortstop Lexi Hannah sets to throw to first base Thursday afternoon against Hilldale on the opening day of the Tahlequah/NSU Festival.

Tahlequah couldn’t capitalize on scoring opportunities and were blanked 1-0 Thursday by Hilldale on the opening day of the Tahlequah/NSU Festival.

The Lady Tigers, who clinched a District 5A-4 championship Wednesday at Shawnee, had their five game winning streak come to an end and fell to 19-8 overall under head coach Chris Ray.

Tahlequah left nine runners on base, seven of those in scoring position.

“We left nine runners on base and had several opportunities to score, but we just couldn’t get it done,” Ray said. “We pitched it and played defense well enough to win.”

Tahlequah came up just short of getting even in the seventh inning. Madi Matthews led off with a single and was eventually thrown out at home plate while trying to score on a Jayley Ray single.

The Lady Tigers left the bases loaded in the second after a single by Mia Allen, a Jersey Retzloff walk and a Matthews single. Jaydn Buttery and Mikah Vann were left stranded in scoring position in the fourth, and Ray was left standing on second in the seventh.

Tahlequah finished with six hits and was paced by Matthews’ two singles.

Hilldale (17-6) scored the game’s only run in the second on an two-out RBI single by Bailey McClain that brought home Rylin Clark.

Vann, who tossed a complete-game shutout against Shawnee on Wednesday, went the distance in the pitcher’s circle. Vann allowed one earned run on six hits, struck out seven and issued one walk.

The Lady Tigers will play Locust Grove at 9 a.m., and take on Tuttle at 12:20 p.m. to conclude the festival on Saturday.