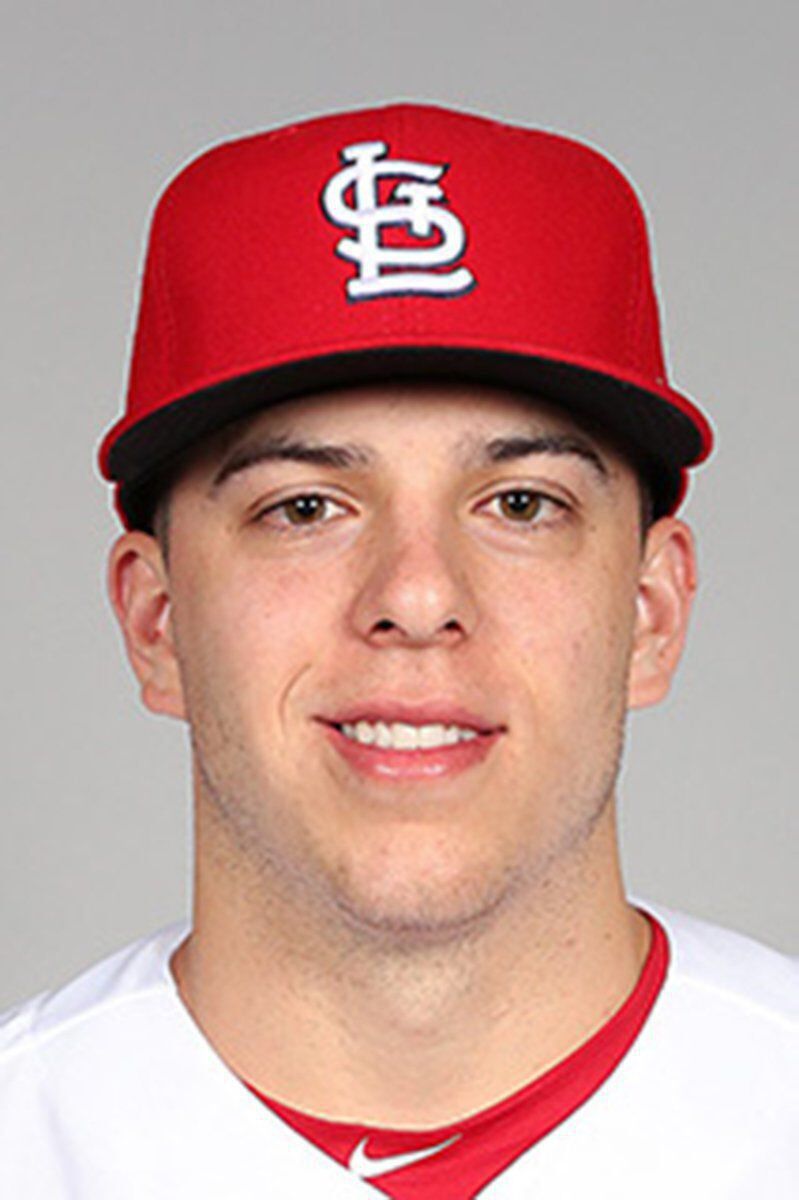 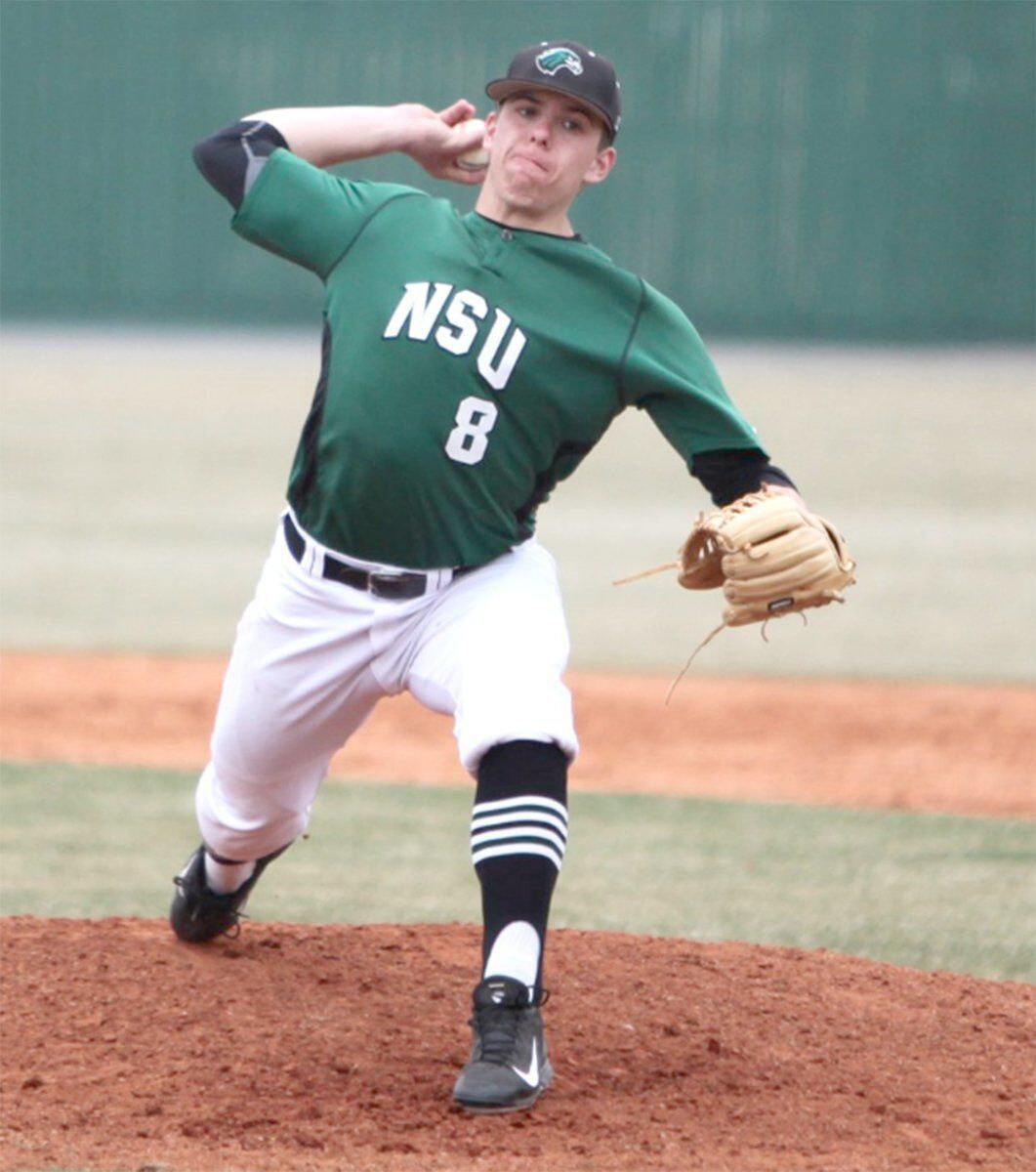 Ryan Helsley delivers a pitch during his time at Northeastern State.

Ryan Helsley delivers a pitch during his time at Northeastern State.

Ryan Helsley, former Sequoyah Indian standout, is living out a boy’s dream. The dream of being a big league ball player.

Helsley made his major league debut on April, 16 2019 for the St. Louis Cardinals. Becoming an MLB player has been a life-long journey for Helsley.

“I started playing baseball when I was three years old. I always loved playing in the infield and hitting was fun for me,” Helsley said.

Helsley went on to say that it was always a dream of his to be a football or baseball player growing up.

“I can remember back in middle school, we got a questionnaire asking what we wanted to be when we grew up,” he said. “I wrote NFL player or MLB player. But I never really thought it was possible until my sophomore year in college.”

He has now been playing professionally for over six years. Helsley has been pitching for the St. Louis Cardinals’ organization throughout his career and is very aware of the Cardinals’ history in baseball.

“I’m very thankful to be playing for such a storied and historic franchise,” he said.

When asked about when he started to see that pro baseball may be an option, Helsley said it was when he was in California in 2014. He was playing summer ball for the Santa Barbara Foresters and it was there that he started to get attention from pro scouts and his talents started to take a turn.

“I started figuring some things out and started throwing harder,” he said. Now, according to the website brooksbaseball.net, a site that analyzes MLB pitchers, Helsley has a fastball that reaches 100 mph at times and has an average speed of 98.

Helsley would go on to be drafted in the fifth round of the 2015 Major League Baseball Draft after excelling as a pitcher for Northeastern State University. In 2014, he was named MIAA Freshman of the year. After the draft, he made various minor league stops on teams such as the Johnson City Cardinals, Peoria Chiefs, Palm Beach Cardinals, the Springfield Cardinals and Memphis Redbirds.

Helsley also excelled in four sports while attending Sequoyah High School. He played baseball, basketball, football and even participated in track when his schedule allowed it.

“I loved my high school experience,” he said. “I had amazing coaches and teachers who helped shape and mold me.” Honestly, I wanted to play football coming out of high school, but got offered to play baseball at NSU and decided I couldn’t pass that up.”

The decision proved to be the right move, and he hasn’t looked back ever since.

Helsley also expressed gratitude for his coach while at NSU, Travis Janssen. Helsley still comes home every chance he gets and works out at NSU. Being a professional athlete is a full-time job and takes a lot of dedication.

“It takes a lot of hard work, dedication and discipline to make it here,” Helsley said.

Helsley has learned what it takes, both mentally and physically, to be a major league pitcher.

“A lot of people don’t understand, but when you get drafted into pro baseball, there are six to eight levels of pro ball that you could have to go through in order to get to the major leagues,” he said. “Minor league baseball is a grind and it really tests you physically and mentally. It’s an awesome feeling that I don’t want to take for granted.”

Helsley also wants to give back to his community. As a proud citizen of the Cherokee Nation, (before COVID-19) he would return home in the offseason and work with students at the Cherokee Immersion School.

“I worked in their after school program, mostly third and fourth grade, but sometimes third through eighth grades as well,” he said. “I would have loved to have been around a pro athlete at that age. I just want to give back to my community and I want these kids to know that I came from the same community that they are growing up in.

“I just want the kids to chase their dreams. I went to the same schools and if I can do something cool with my life, they can too.”

He is very aware of his role as a potential role model for kids. He went on to give further advice to kids.

“Challenge and push yourselves,” he said. “You will find that your limits are a lot higher than you think. Travel, go to school in a different state, go to med school or law school, whatever you want to do, you can. I know it sounds cliché, but we’re only young once and we only get one life so chase your dreams.”

Ryan Helsley has proven that a “small town kid from Tahlequah” can go on to do extraordinary things and achieve childhood dreams.