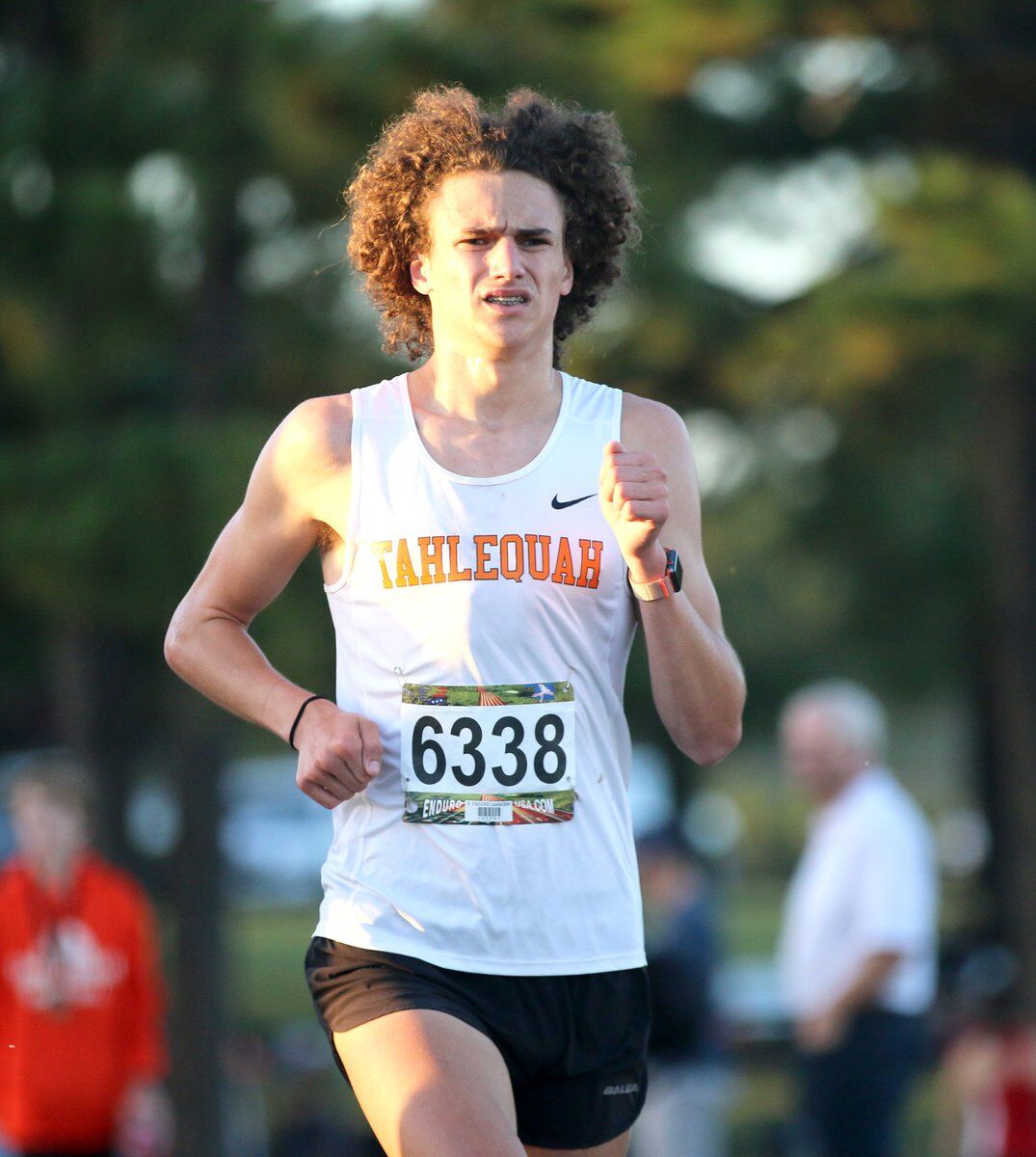 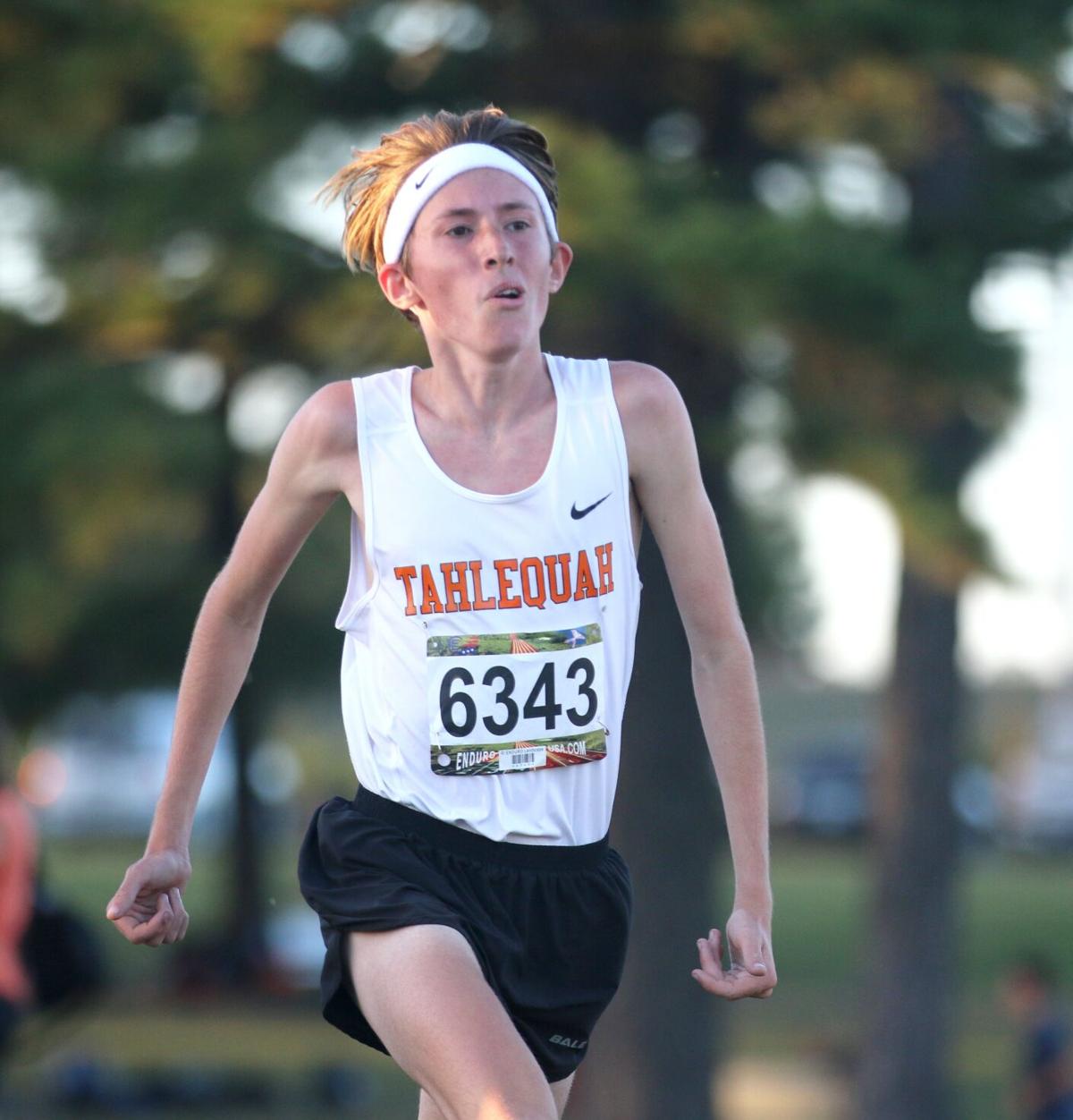 Junior Jack McKee paced the Tigers with an individual title, running a 16:33.83, which is the second best time in school history for the 5K course, trailing only Zecharia VanFleet’s 16:24.30 in 2014.

“It feels really good,” said McKee. “We feel like we’ve got a good chance. We’ve got a solid team, and I’m just happy that I can do what I can. I do the best I can for the team, and if that means winning, I guess I’m winning.”

“Jack’s a determined kid,” Tahlequah head coach David Spears said. “He gives it everything he’s got. He does it at practice and he does it out here. He doesn’t like to lose.”

The Tigers finished with 39 points, while Claremore followed in second at 63, and Collinsville was third with 65 points.

“When you can finish six guys in the top 10, that’s pretty impressive,” Spears said.

Spears, who’s been a part of the last three conference championships, was quick to credit Barnes for much of Tahlequah’s accomplishments in 2020. It was the Tigers’ second team title of the season. They won the Early Tiger Invitational, a 4K event, to open the season on Aug. 27.

“I was proud of all of them,” Spears said. “This has been going on since June. Eddie is kind of our heartbeat for this team. He didn’t miss a practice, just keeps us going where we need to go. I give a lot of credit to our success to Eddie. It’s been a total team effort, from alumni to just our team itself.”

“Through the summer, we went through some pretty intense training,” Barnes said. “It was better training than we’ve had the last few years. We’re also close. This is the closest team I’ve seen and I’ve been on over the past four years. We’ve got a great bond, we all enjoy practicing, we all enjoy running. We’re definitely a very close bunch, and it’s a great time.”

Tahlequah will next be at a Class 5A Regional in Sand Springs on Saturday, Oct. 24.