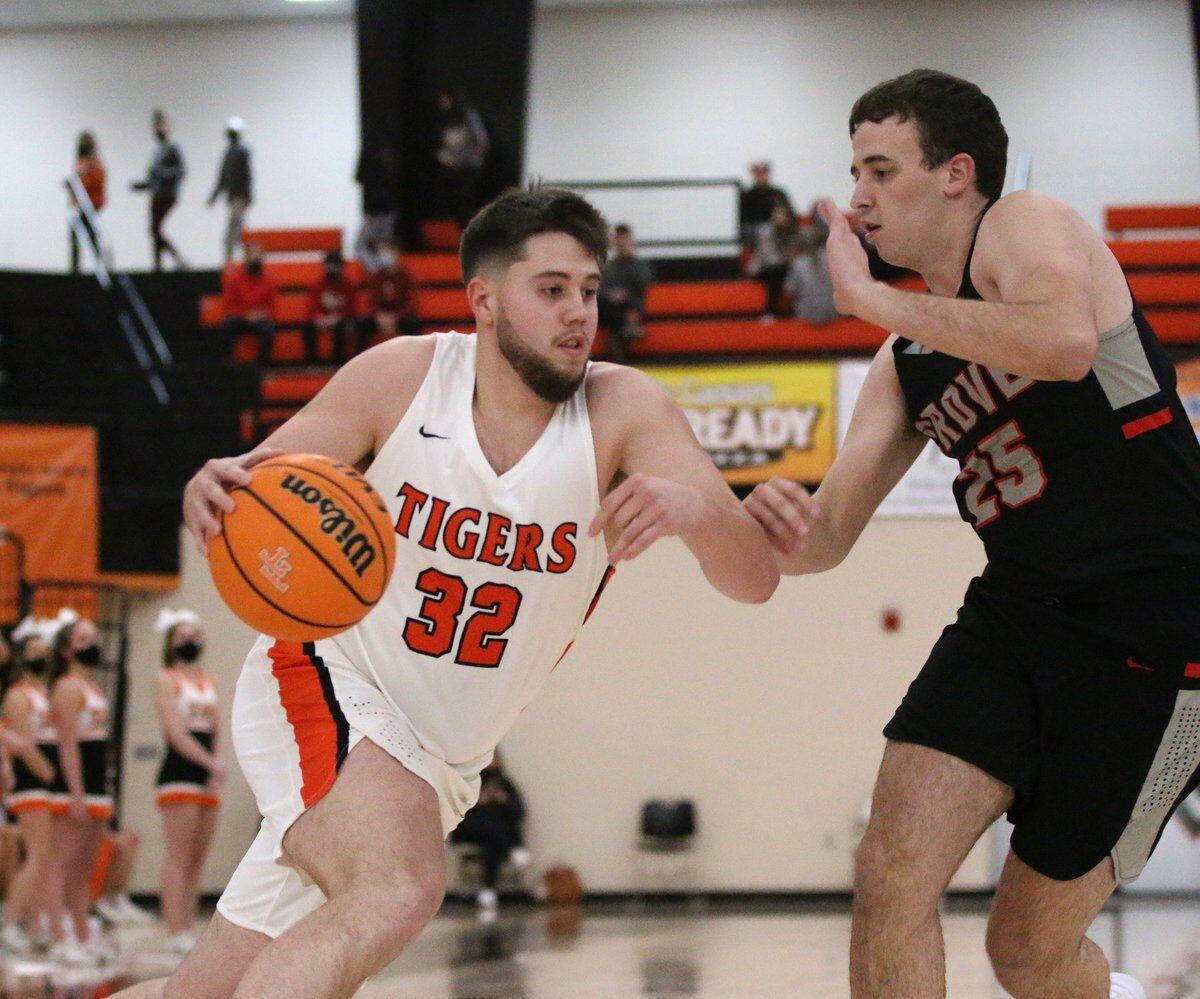 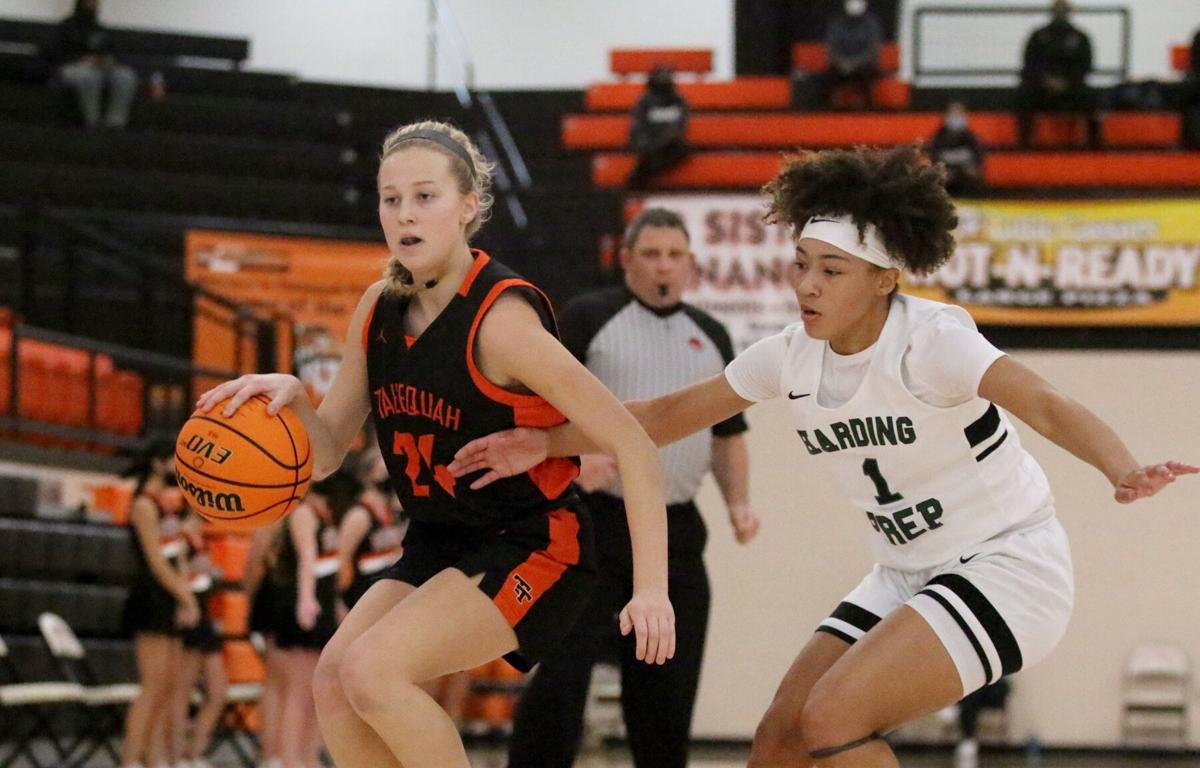 Tahlequah junior Tatum Havens had a team-high 16 points in the Lady Tigers' 61-48 win over Muskogee Friday in the semifinal round of the Skiatook Invitational.

Tahlequah junior Tatum Havens had a team-high 16 points in the Lady Tigers' 61-48 win over Muskogee Friday in the semifinal round of the Skiatook Invitational.

Tatum Havens and Kacey Fishinghawk both scored in double figures and helped No. 3 Tahlequah to a 61-48 win over Muskogee in the semifinals of the Skiatook Invitational Tournament Friday.

The Lady Tigers, winners of four straight and who improve to 7-1, will take on top-ranked Sapulpa in Saturday’s championship game at 7 p.m. Sapulpa defeated Bishop Kelley, 80-32, in Thursday’s other semifinal.

Havens, coming off a 16-point outing against Guthrie on Thursday, knocked down four 3-pointers, and Fishinghawk had six field goals, two of those from behind the 3-point arc.

Tahlequah went 12 for 12 from the free throw line in the first half and finished 19 of 22. Faith Springwater added nine points, while Emily Morrison followed with seven, and both Jadyn Buttery and Lydia McAlvain had six points.

The Lady Tigers started to pull away in the second quarter and took a 40-27 lead into halftime. They led 48-39 entering the final quarter.

“We just had good balance,” Tahlequah head coach David Qualls said. “That’s what we want. Tatum played well and continues to play well. She’s had a good week coming back from the break. I think she’s starting to settle in with what we’re doing and settling in with herself just with her confidence.

“We did a good job of getting to the free throw line and making them. We want to keep our free throws and 3-point attempts balanced. Tonight, we attacked really well.”

Sapulpa enters the championship game with an identical 7-1 record, the lone loss coming to Class 6A No. 3 Edmond North on Dec. 12.

“This is a measuring stick,” Qualls said. “This was kind of our goal was just to get an opportunity to play Sapulpa on Saturday. We’ll get our shot at them. They’ve got a lot of size and two girls that have multiple Division I offers. It’ll be a challenge.”

Tigers start slow: Tahlequah got off to a slow start for a second consecutive day and fell to Muskogee, 64-47, Friday at the Skiatook Invitational.

The Roughers, who have now defeated the Tigers twice this season, led 19-6 after one quarter and built a 42-18 halftime lead.

“The level of competition has stepped up and we haven’t been...we’re kind of slumping a little bit, not playing as well as we have been,” Tahlequah head coach Marcus Klingsick said. “We’re trying to figure some things out and it’s been a little bit frustrating.”

Sophomore forward Hayden Smith finished in double figures for a third straight game, closing with 13 points to pace the No. 12 Tigers, who fall to 3-5.

“Hayden’s played really well and he’s playing hard,” Klingsick said. “When he gets the ball inside he’s done a pretty good job of getting to the basket and shooting free throws well.”

Walker Scott added 11 points on four field goals and a pair of free throws, and both Hayden Wagers and Trey Young closed with eight points.

“Walker is playing well and he was our best player today,” Klingsick said. “We knew when he came in he was going to give us a spark. He’s been able to get to the rim.”

The Tigers will play Skiatook at 11:30 a.m. Saturday to conclude play in the tournament. They defeated the Bulldogs, 69-38, in Skiatook in their season opener on Dec. 1.