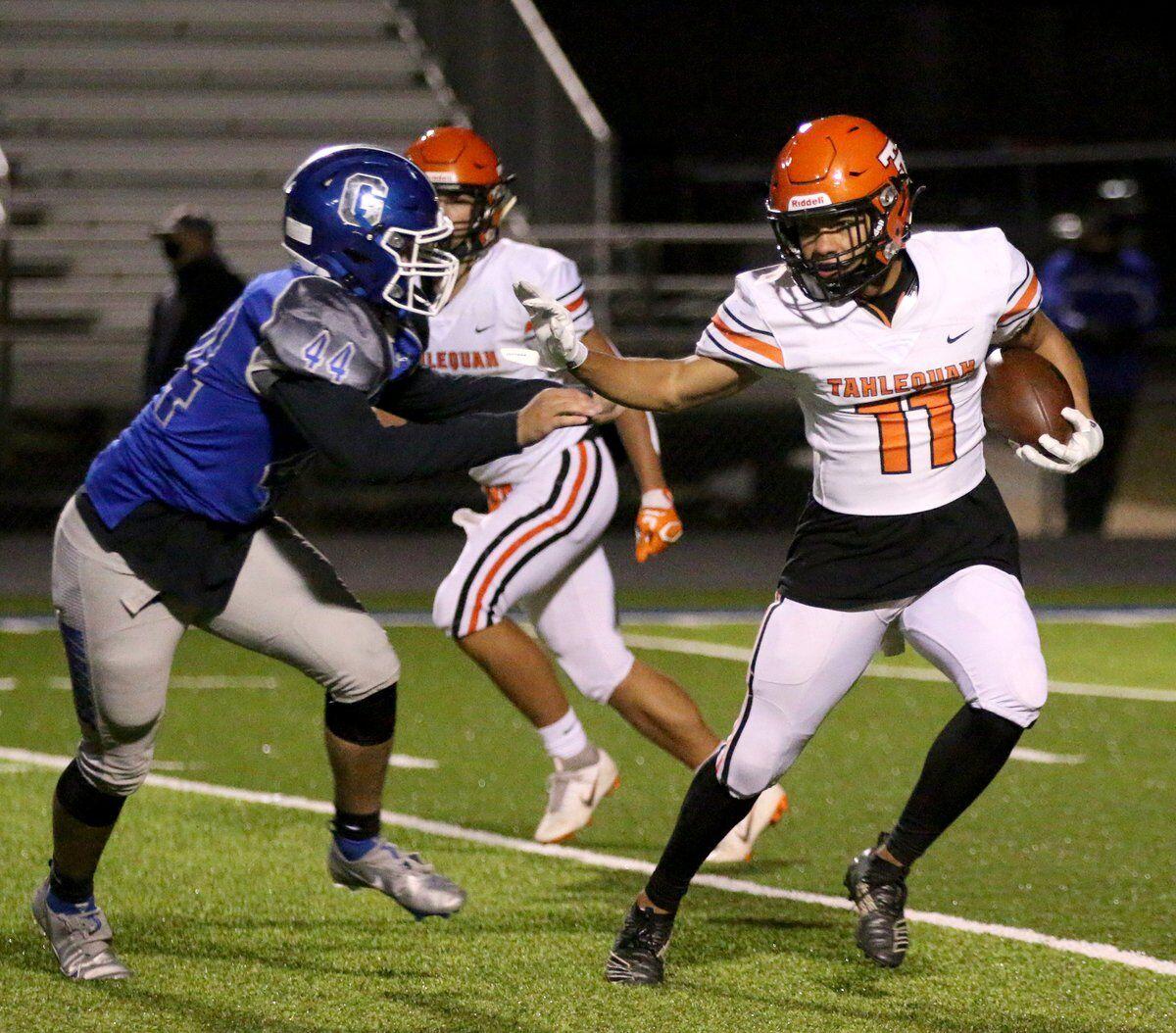 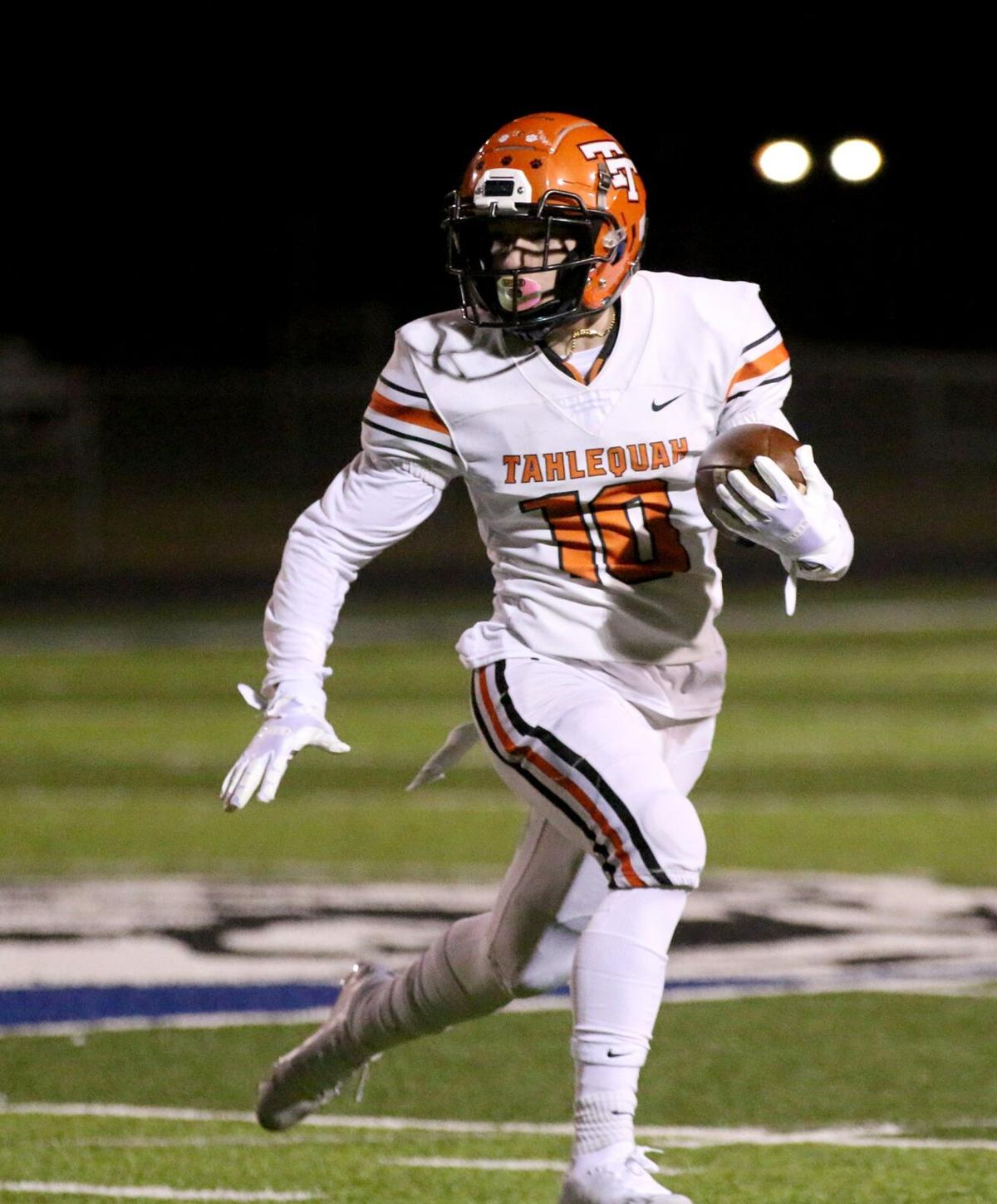 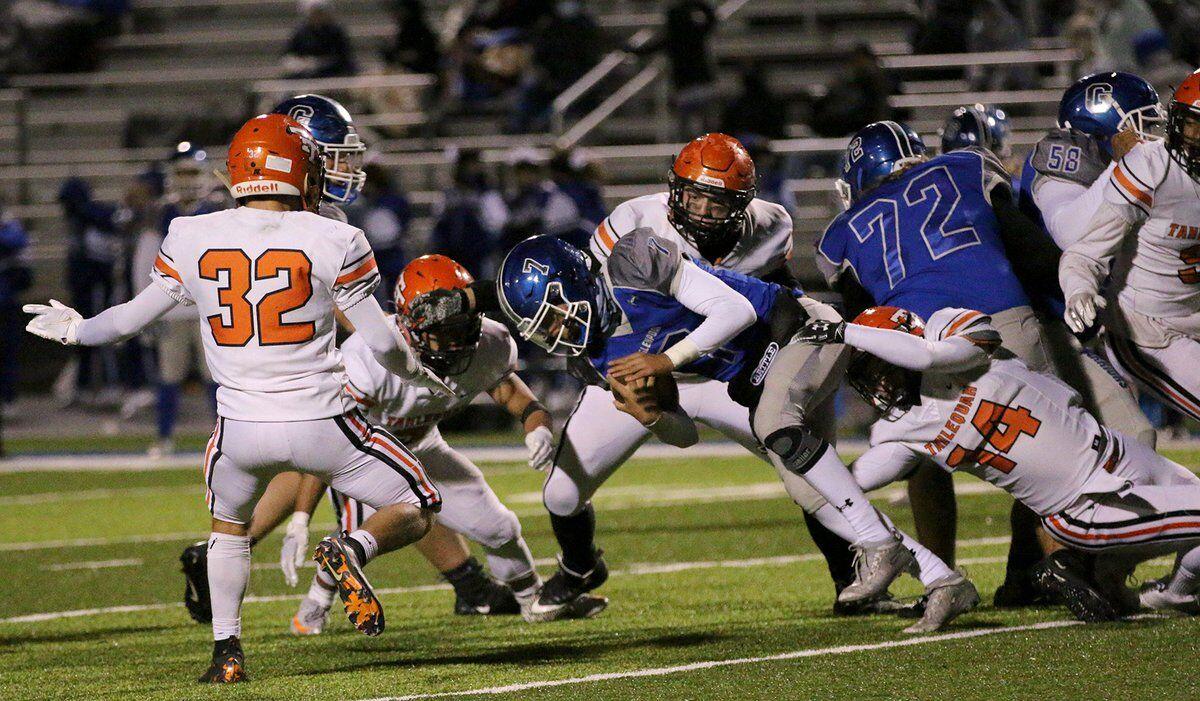 GLENPOOL — Malik McMurtrey rushed for 148 yards for a second straight week and had three touchdown runs, and the Tahlequah defense recorded its third shutout of the season Friday as the Tigers routed Glenpool, 34-0.

It’s the first time Tahlequah has won on consecutive weeks this season. The Tigers, who defeated Claremore, 37-7, last week at Doc Wadley Stadium, move to 4-3 overall and 3-1 in District 5A-4 under head coach Brad Gilbert.

The Tigers have momentum on their side with two regular season games remaining against Tulsa Memorial and Collinsville.

“The momentum we’ve got right now is important,” Gilbert said. “We did some good things, and defensively, we’ve been who we are schematically. Offensively, it’s taken us a while to adjust. Even though we weren’t as crisp tonight, we still have a pretty good idea of who we are and what we want to do. Momentum is extremely important in the game of football and we’ve put back-to-back wins together. We’ve got another opportunity next week with Tulsa Memorial at our place.”

McMurtrey’s first touchdown run of 14 yards right before halftime, followed by a McMurtrey 2-point conversion on a run, gave Tahlequah a 14-0 lead and erased what was a sloppy first half.

“We did enough in the first half to get a lead and the defense played really well all night,” Gilbert said. “It was big for us right before half to get that touchdown and go up 14.”

McMurtrey also had the Tigers’ next two touchdowns on 32 and 35-yard runs, both during the third quarter, that pushed Tahlequah’s lead to 28-0 and broke Glenpool.

“We came out in the second half and established the line of scrimmage on both sides and did what we were supposed to,” Gilbert said. “It was a good night, but it wasn’t a real crisp night. We did what we needed to and walked away with a win. I’m proud of these young men that keep showing up every week and getting better. We’ll learn from the mistakes and we’ve got a lot of work still to do, but you can’t ever be disappointed when you walk off the field 1-0.”

Tahlequah’s first scored came on the biggest play of the game when junior quarterback Tyler Joice threw an 89-yard touchdown pass to senior receiver Kobey Baker at the 8:08 mark of the first quarter.

The final score was a Hunter Smith 8-yard touchdown pass to sophomore receiver Cale Matlock with 2:45 left in the game.

Joice threw for 135 yards for a second straight week and completed 7 of his 13 pass attempts. Baker finished with two receptions for 96 yards, Joice added 37 yards on the ground, and Parker Lane had two catches for 27 yards.