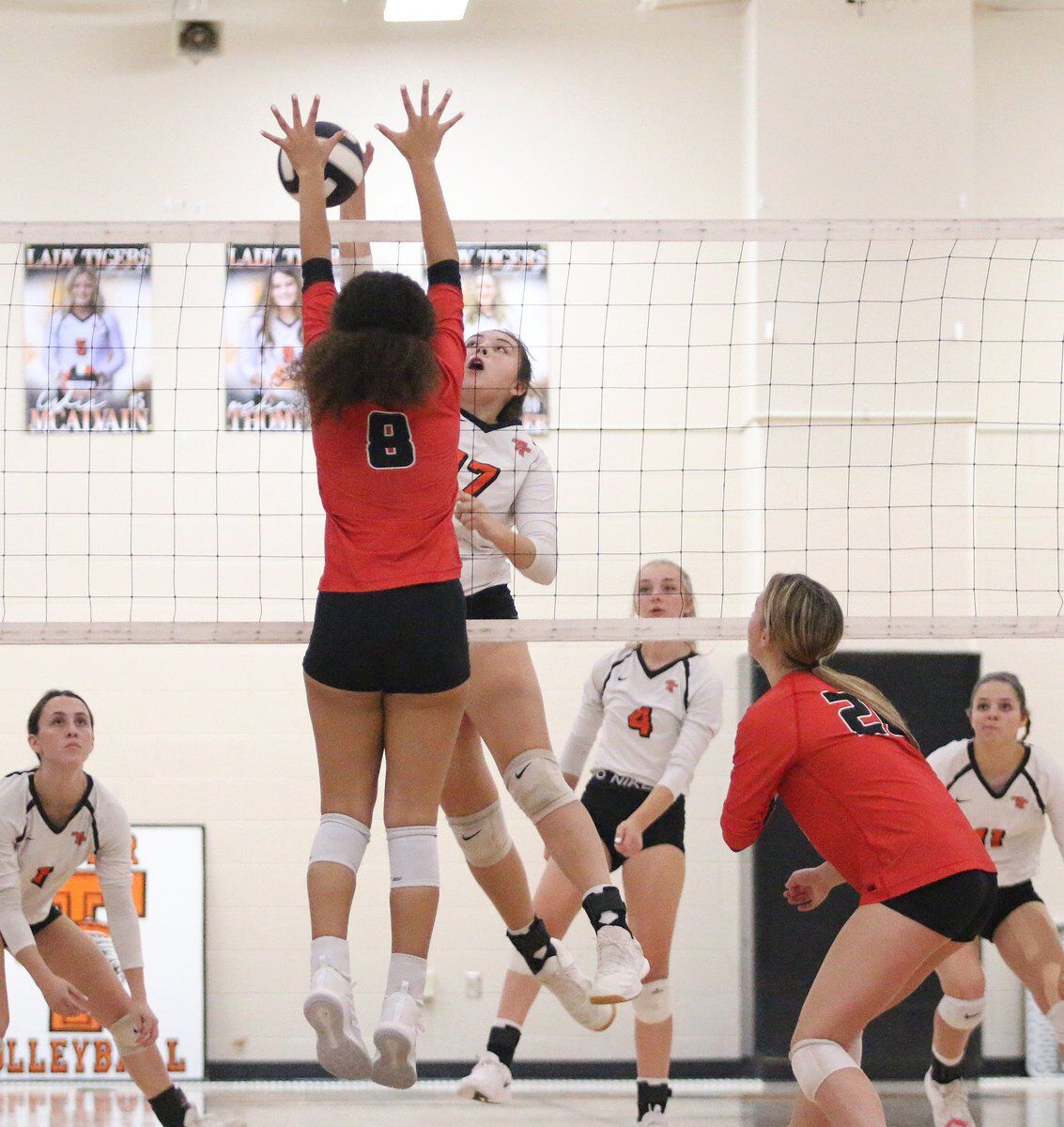 Tahlequah sophomore Kori Rainwater goes up for a shot during the second set Monday against Duncan in a 5A Regional Tournament championship match at the TMAC. 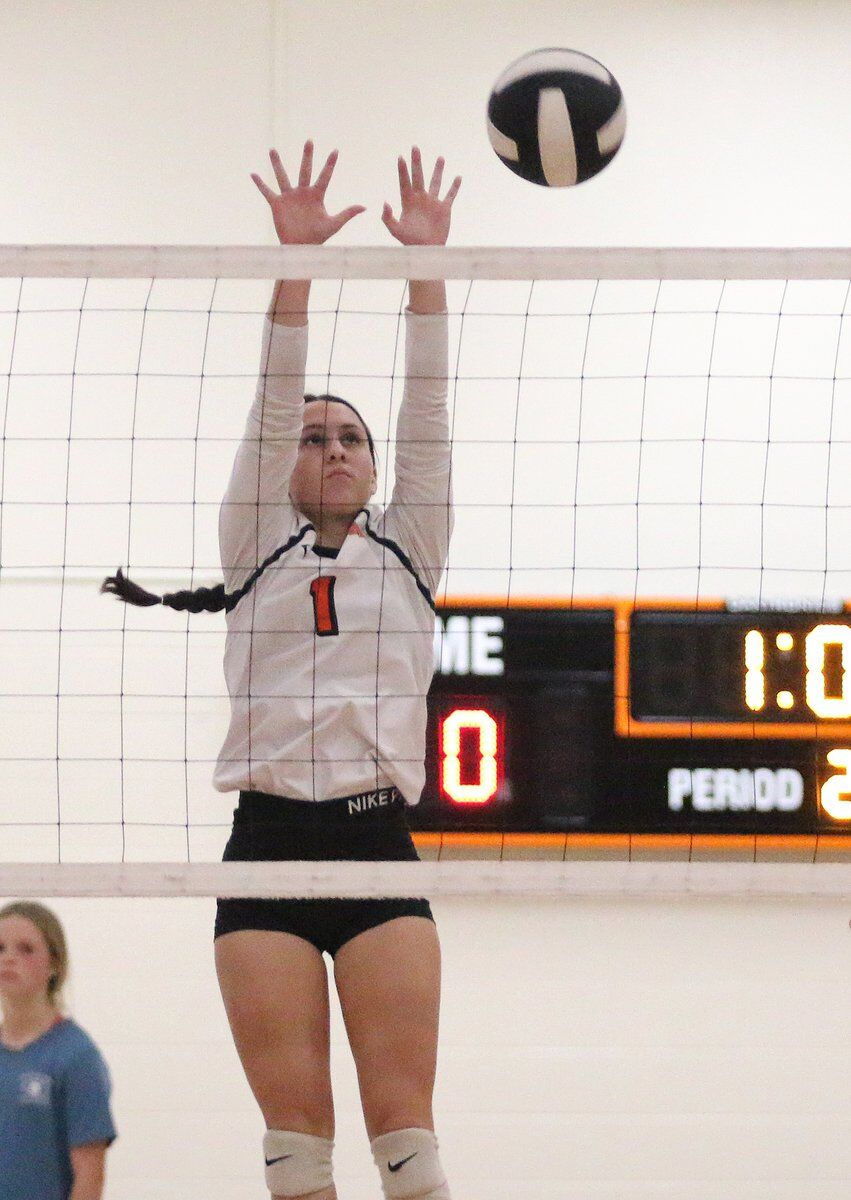 Tahlequah senior Lola Brownfield attempts to block a shot Monday against Duncan at the TMAC.

Tahlequah sophomore Kori Rainwater goes up for a shot during the second set Monday against Duncan in a 5A Regional Tournament championship match at the TMAC.

Tahlequah senior Lola Brownfield attempts to block a shot Monday against Duncan at the TMAC.

Tahlequah’s season came to an end Monday as the Lady Tigers fell to Duncan in four sets in a Class 5A Regional Tournament championship match at the Tahlequah Multipurpose Activity Center.

The top-seeded and eighth-ranked Lady Tigers, who swept Collinsville in three sets in the regional opener, closed their season with a 17-11 overall record under head coach Don Ogden.

Duncan, who was the tournament’s No. 2 seed and defeated McAlester in three sets to advance to the final, moves on to next week’s 5A State Tournament in Catoosa. The ninth-ranked Lady Demons improved to 25-8 overall.

“It was a highly competitive match, and a lot of credit goes to Duncan,” Ogden said. “They did a good job of keeping the ball up and we knew going in that’s what they hung their hat on…their floor defense and their ability to keep balls alive. They did that tonight and they were really good at it. They can put a lot of pressure on you because it just seems like you can’t put a ball down on them. You really have to focus in against them and be solid in the fundamentals. You have to take really good swings to be able to overcome a good floor defense.”

The Lady Tigers, led by senior Dorothy Swearingen, took 197 swings and had 44 kills as a team. Swearingen finished with 23 kills on 68 swings, and sophomore Kori Rainwater added 11 kills on 51 swings.

“We had a good season with a good five seniors that we kind of set down and put some goals out there,” Ogden said. “They were great leaders and good volleyball players. They allowed us to finish in the top eight of the final rankings and host a regional. We’re disappointed in a loss, but I’m very proud of the group. It was a good year.”