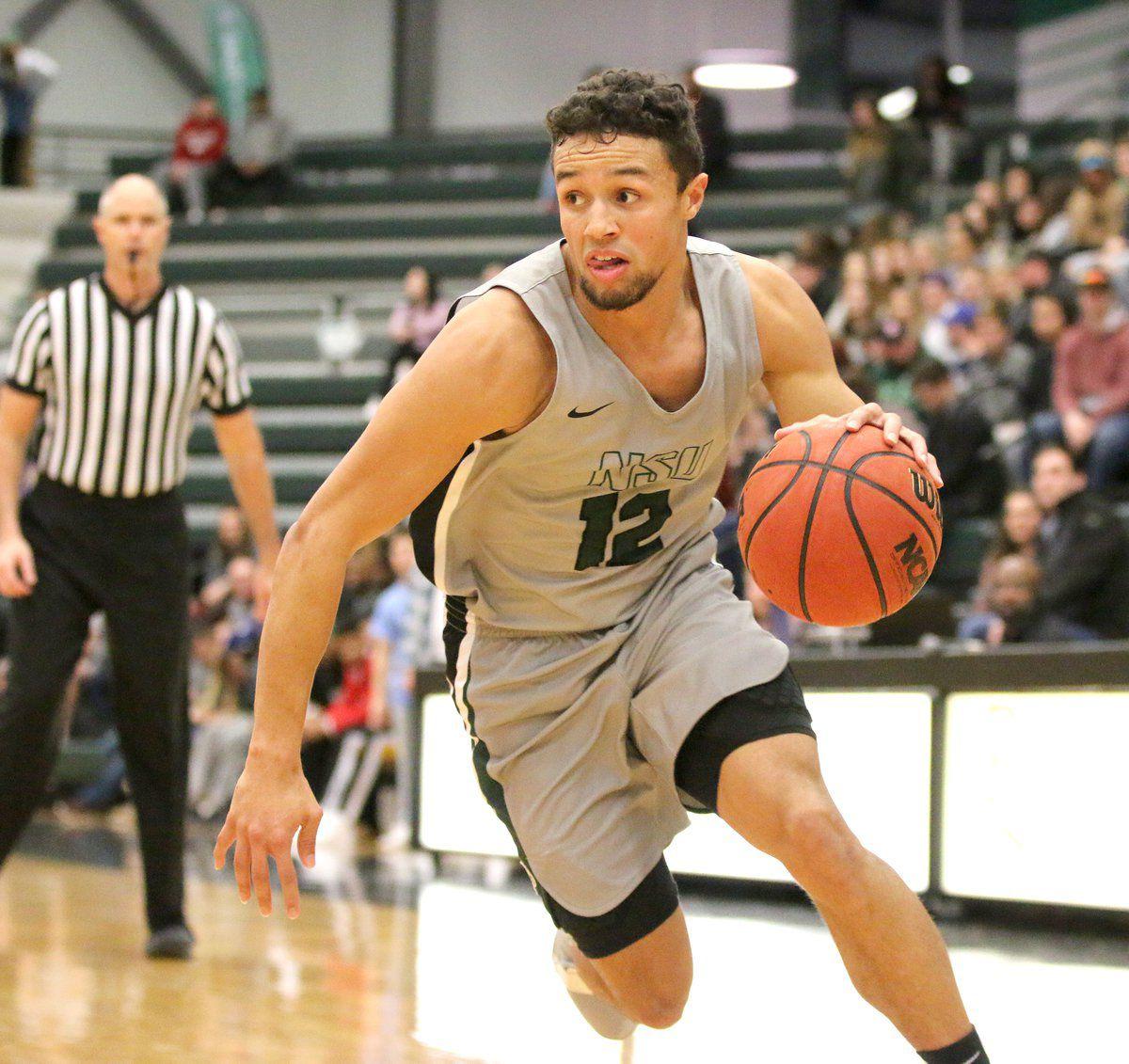 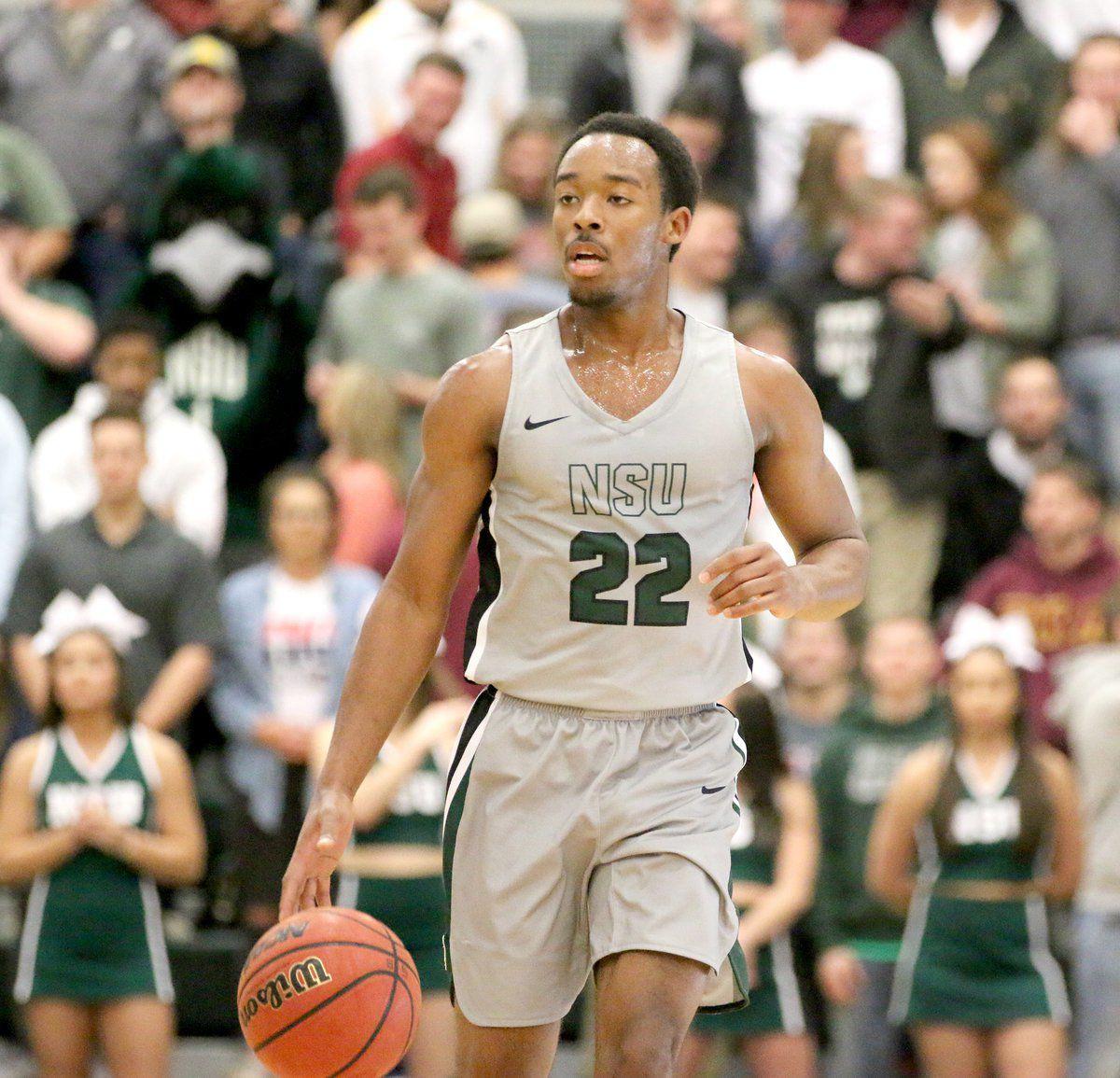 NSU junior guard Bradley George had a team-high 21 points on 6-of-6 shooting Thursday in the RiverHawks' 84-72 win over Central Missouri at the NSU Event Center.

NSU junior guard Bradley George had a team-high 21 points on 6-of-6 shooting Thursday in the RiverHawks' 84-72 win over Central Missouri at the NSU Event Center.

After going up big in the first half, Northeastern State's lead looked to be slipping away.

Central Missouri had cut a 16-point halftime deficit to just four points with 3:58 remaining, and the pressure was on the RiverHawks to hold off the late rally.

Senior guard Tanner Mouse hit two free throws on the next possession, and junior guard Caleb Smith hit a jumper on the following possession to push the lead back to eight points. After two more free throws from Mouse, junior guard Trent Cantrell made a huge three-pointer to put the RiverHawks up 11 points.

Five straight scoring possessions from NSU managed to hold off the late Central Missouri rally, as the RiverHawks got their sixth straight victory with an 84-72 win on Thursday at the NSU Event Center.

The arena was buzzing from the opening tip, as NSU students showed up for the RiverHawks "Pack the Nest" event. The student section seemed to give the RiverHawks an extra boost, as the team jumped out to a 27-18 lead halfway through the first half.

"The fans were huge for us tonight," said NSU head coach Mark Downey. "We really fed off of them, especially early in the game. (I told the team) that we should try to play so well that we make the community want to come watch us. We're not quite there yet, but I feel like we're getting closer with each game."

"I thought we executed really well in the first half, and we made some really big shots," Downey said. "Our defense was a main reason we were able to get up on them big at halftime."

However, Central Missouri managed to find their rhythm offensively in the second half, as they were able to cut the lead to four points at 6:57 and 3:58 minute marks. CMU switched up their pick-and-roll scheme which exposed some holes in the RiverHawks defense, as they made 10 three-pointers in the second half.

"They were able to make timely shots that put the pressure on us," Downey said. "Their coaching staff does a really good job, and they got the better of us at times."

One of the standout performances from the RiverHawks came from Cantrell, who scored 25 points on 8 of 17 shooting, including 6 of 12 from the three-point line.

"It seemed like Trent made so many big shots for us," Downey said. "He's really been a big player for us this season."

The RiverHawks improve to 12-8 overall on the season and move above the .500 mark in MIAA play at 6-5. They are now on their longest winning streak since the 2011-12 season. Despite the winning streak, Downey is looking to keep his team focused on getting better.

"(The winning streak) is better than the alternative," he said. "We honestly haven't talked about the streak much as a team. We're just trying to focus on getting better every day, and our next focus is on the first possession of Saturday's game."

Northeastern State will look to keep the winning streak going at home against Southwest Baptist on Saturday in a 3:30 p.m. tipoff.