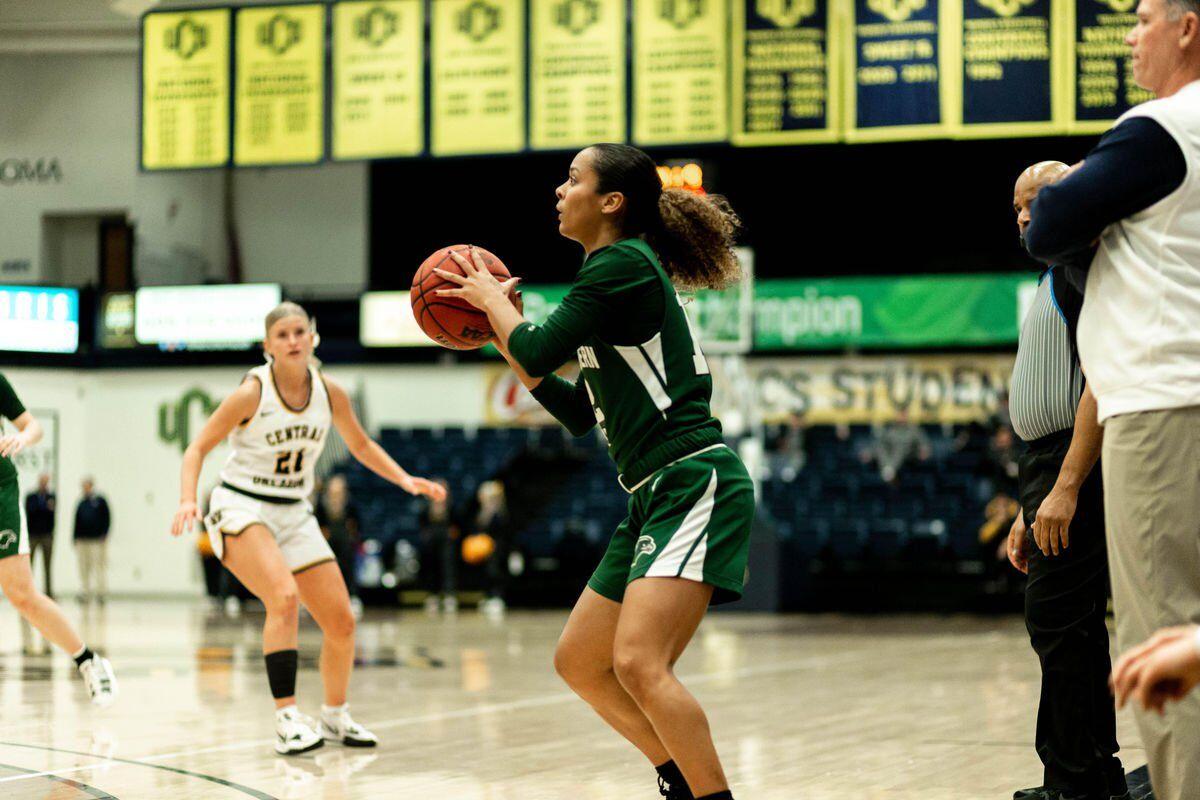 NSU's Morgan Lee had a team-high 14 points in the RiverHawks' 69-52 loss to Central Oklahoma Thursday in Edmond. 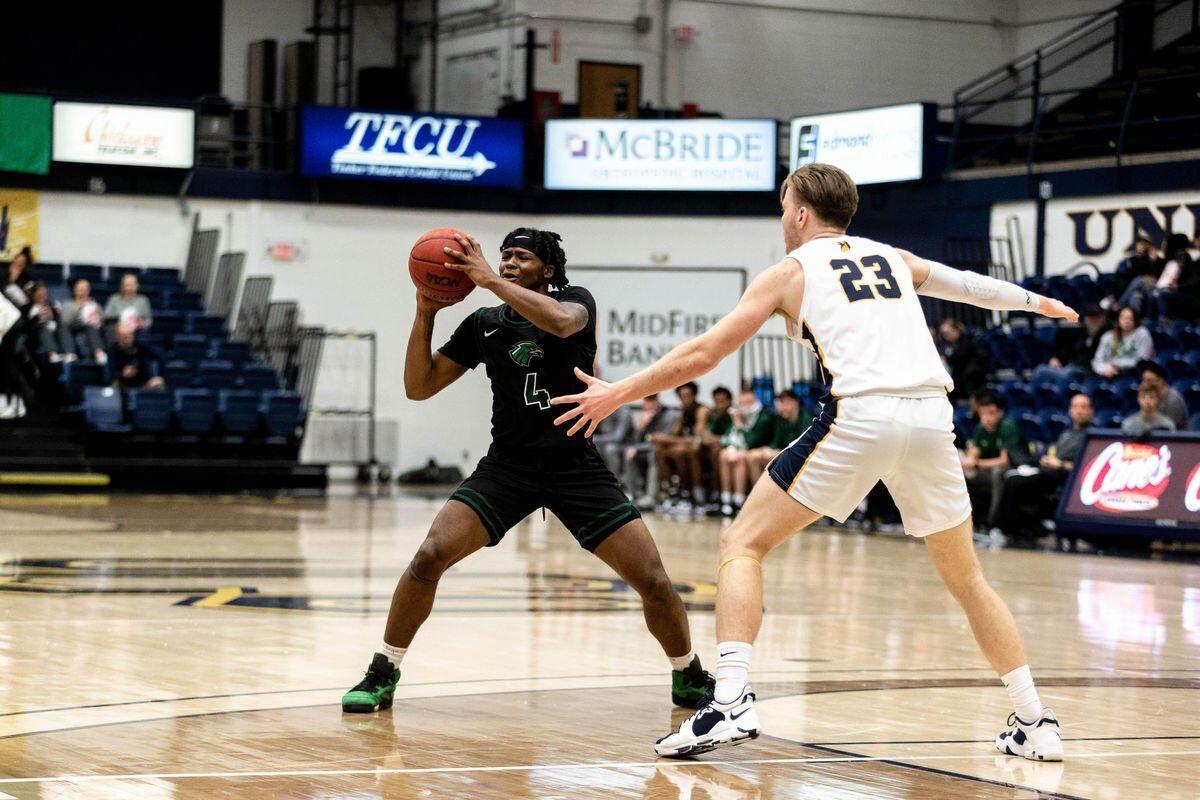 NSU's Morgan Lee had a team-high 14 points in the RiverHawks' 69-52 loss to Central Oklahoma Thursday in Edmond.

Cam Givens scored a game-high 23 points, canned five of Central Oklahoma's 11 3-pointers and lifted the Bronchos to an 80-65 win over Northeastern State Thursday in Edmond.

Central Oklahoma (12-2 overall, 7-1 MIAA) won its eighth consecutive game and broke a five-game losing streak against the RiverHawks, who dropped to 8-6 overall and 3-5 in MIAA action.

Given was one of four Bronchos to close in double figures. Jaden Wells finished with 18 points and knocked down four 3s, Callen Haydon followed with 16 points, and Davon Richardson contributed with 14 points on 5 of 6 shooting.

Christian Cook led NSU with 20 points and connected on 6 of 10 from behind the 3-point line. Rashad Perkins came off the bench to score 19 points and buried four 3s, and Emeka Obukwelu ended with 16 points and a team-high nine rebounds.

The RiverHawks shot 49 percent overall from the floor but committed 18 turnovers and were outscored 32-20 inside the paint. UCO shot 48.3 percent overall and scored 23 points off turnovers.

NSU never led in the contest but went on a late run to end the first half and got even at 33 following a basket by Obukwelu as time expired. The Bronchos started to take control midway through the second half and led by as many as 20 points twice with under three minutes remaining after baskets by Givens.

The RiverHawks will travel to Wichita, Kansas Saturday in a 3:30 p.m. tipoff against Newman.

NSU women drop eighth in a row: The RiverHawks never led in a 69-52 road loss to Central Oklahoma and suffered their eighth consecutive loss Thursday evening in Edmond.

The Bronchos, who led by as many as 22 points on two occasions in the fourth quarter, received a game-high 20 points and eight rebounds from Kelsey Johnson. Johnson, one of four UCO players to finish in double figures, shot 7 of 12 overall and went 6 for 6 from the free throw line.

Central Oklahoma was also lifted by Aliyah Llanusa's 16 points. Llanusa knocked down both of UCO's 3-pointers and shot 6 of 12 overall. Alayzha Knapp added 11 points, and Clary Donica followed with 10 for the Bronchos, who moved to 9-5 overall and 5-3 in the MIAA.

The RiverHawks, who played their first game since Dec. 18 and who were without leading scorers and rebounders Maleeah Langstaff and Zaria Collins, were paced by Morgan Lee's 14 points. Courtney Lee had 12 points, and Ashton Hackler finished with 10 points, six rebounds and four assists.

Central Oklahoma closed the second quarter with a 10-0 run to take a 29-18 into halftime. Johnson had eight of her points during the run on three field goals and a pair of free throws. The Bronchos took a 22-point lead (52-30) with 8:49 remaining in the contest on a layup by Rory Geer, and led 54-32 after a basket by Brooke Rayner with 8:16 left.

The RiverHawks remain on the road Saturday when they visit Newman in a 1:30 p.m. tipoff.