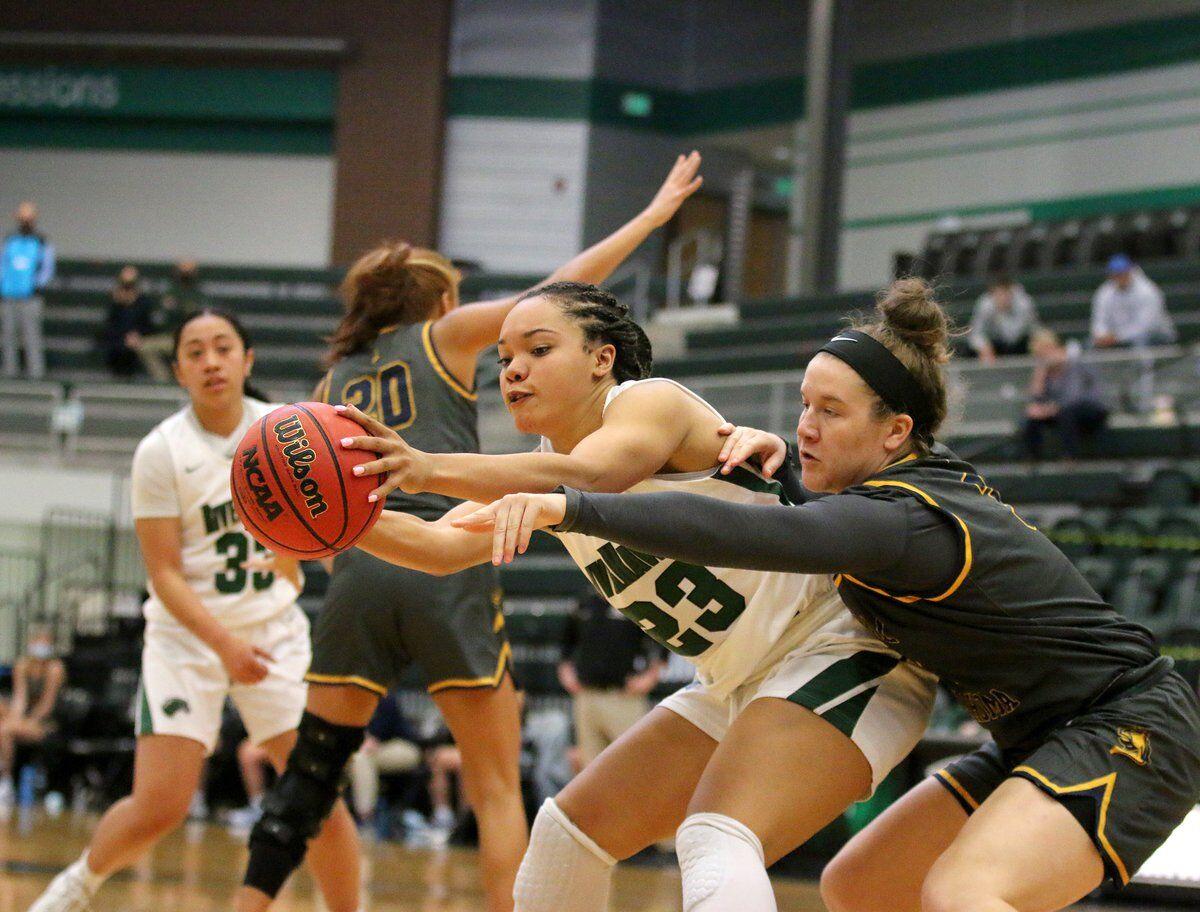 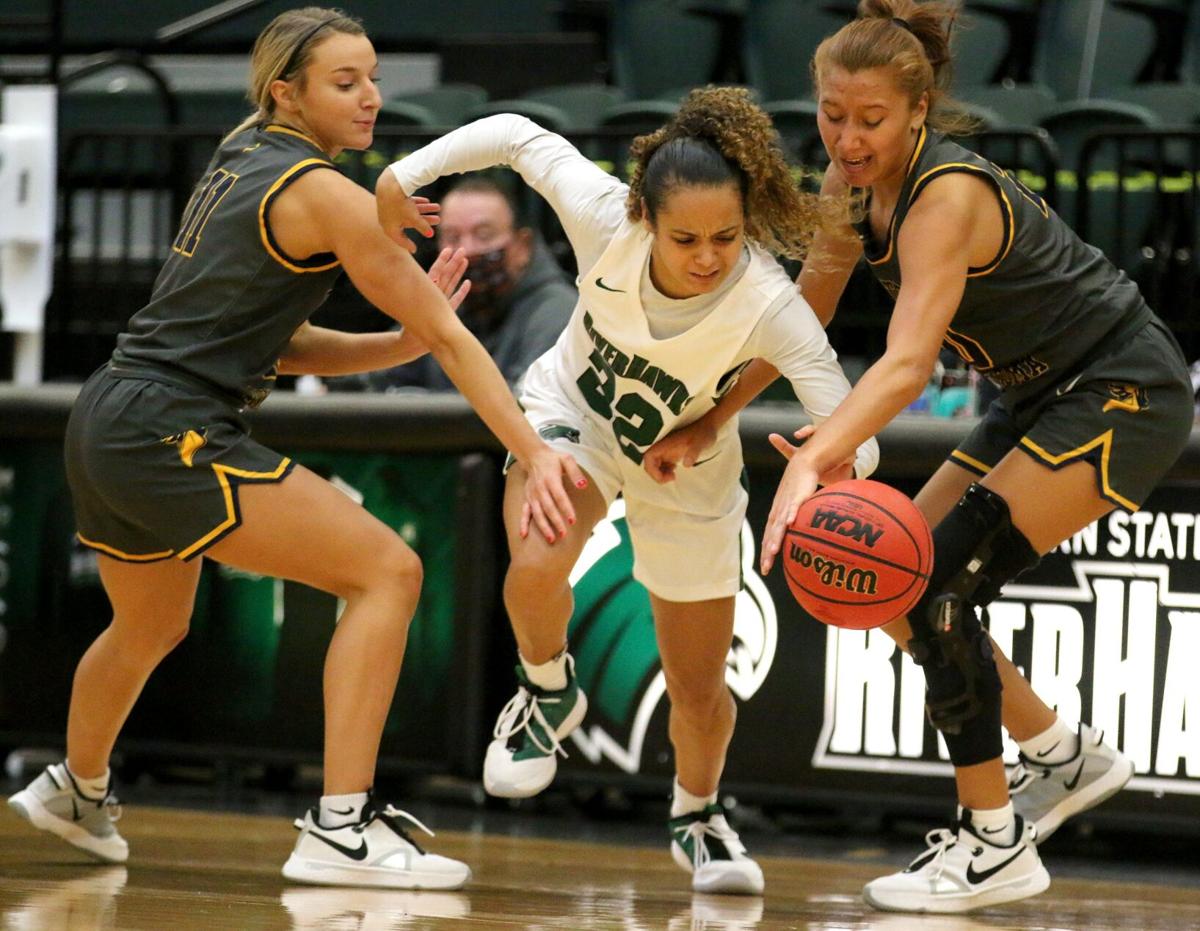 NSU's Maegan Lee tries to get past Central Oklahoma defenders during the third quarter Thursday at the NSU Event Center.

NSU's Maegan Lee tries to get past Central Oklahoma defenders during the third quarter Thursday at the NSU Event Center.

Northeastern State never could get into an offensive rhythm and dropped a 71-44 decision to Central Oklahoma Thursday at the NSU Event Center.

The RiverHawks, dropping their sixth straight game since starting the season at 2-0, shot just 33.3 percent overall, committed 19 turnovers and were outrebounded 41-27.

It was the first game in 17 days for NSU, who falls to 2-6 overall and in MIAA play under head coach Fala Bullock.

“It was a combination of all tough things that you don’t want to see,” Bullock said. “It’s reps. We had three great practices this week to get ready for today’s game. We’ve been on quarantine, so we’ve got to bounce back.

“We didn’t run our offense as well as we ran it in practice this week. Their physicality and their athleticism, and just their sheer toughness...they outplayed us, and that was disappointing because I know we can be tougher than we played.”

“I think our girls honestly maybe got stunned a little bit by their height and length a little bit, on the inside particularly,” Bullock said. “As capable as Kelsey Johnson is, we haven’t seen anything like her this year.”

Central Oklahoma led from start to finish and started to take off in the second quarter behind a 13-4 run. The Bronchos took a 29-14 lead at the 4:11 mark on a Karly Wadsworth layup, and led 32-20 at halftime.

UCO started the third quarter with a 12-2 run to build a 44-22 lead. Johnson, who scored 16 of her points in the second half, highlighted the run with seven points on three field goals and a free throw.

“I thought [Johnson] gave us some real challenges and we had to pick our poison to try to cover her up or cover up the 3-point line,” Bullock said.

Ashley Handing knocked down a 3-pointer with just under a minute remaining in the contest to give the Bronchos their largest lead of 69-41.

Sophomore forward Zaria Collins paced the RiverHawks with 17 points. Collins, who leads NSU in scoring at 17.6 points per game, shot 8 of 18 overall and grabbed a team-high five rebounds.

“She’s a consistent workhorse,” Bullock said. “She does her job and plays with a great deal of passion. She brings stability to the table and we’ve got to continue to go to her and give her those opportunities. She didn’t back down tonight. She was digging in and working.”

Cenia Hayes added 12 points on 4 of 14 shooting for Northeastern State. The RiverHawks connected on just 2 of their 13 attempts from beyond the 3-point arc and shot 16 of 48 overall.

Thursday’s contest was the first time through eight games that NSU had all of its players available. Forward Celo McClain scored four points and pulled down four rebounds in her season debut.