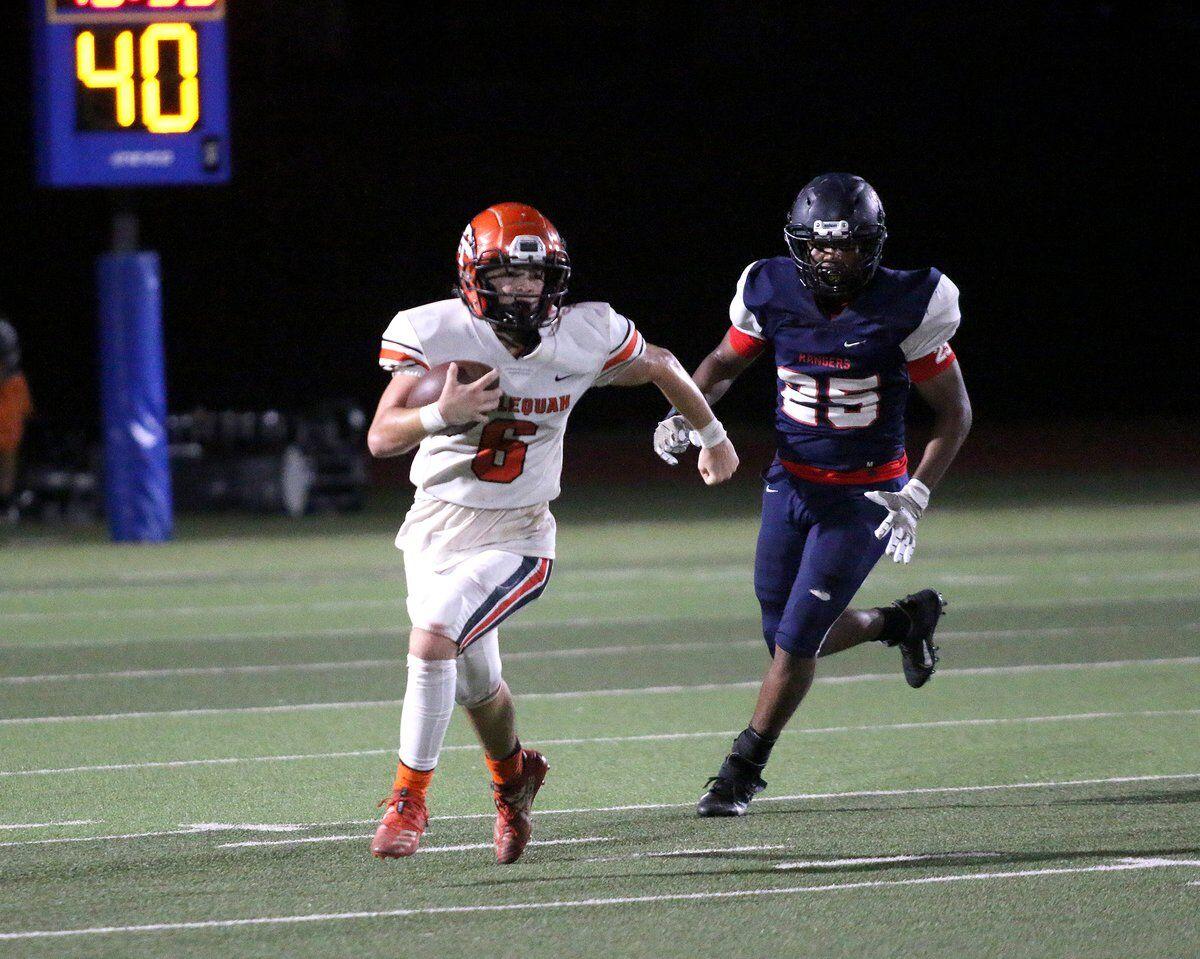 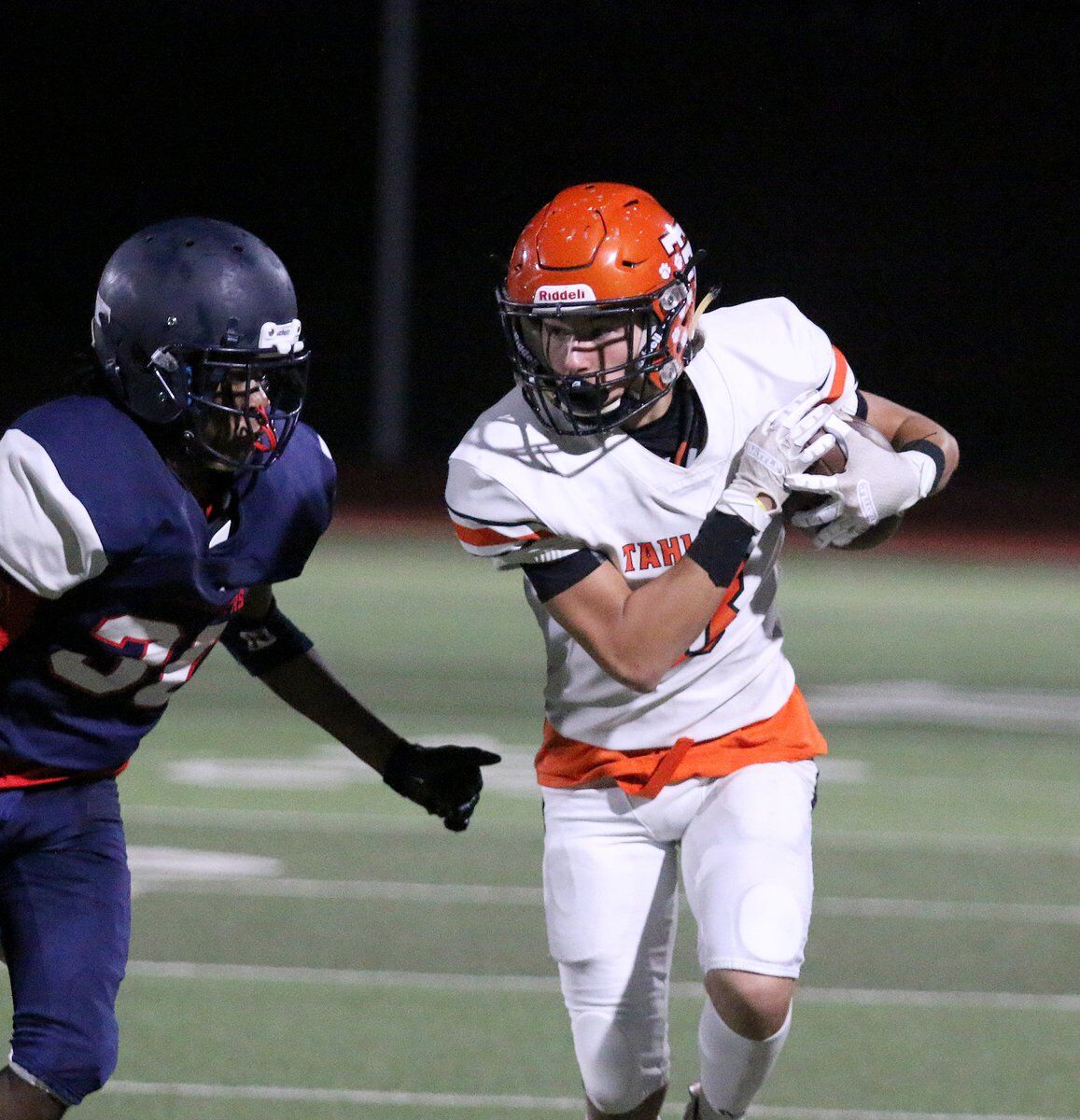 Friday will be a pivotal point for Tahlequah when the Tigers host Sapulpa in a 7 p.m. kickoff at Doc Wadley Stadium.

Tahlequah is currently one of four teams in 5A-4 with a 1-1 mark. The others are Sapulpa, Glenpool and Claremore. Pryor and Collinsville are unbeaten, and Tulsa Memorial and Hale are winless.

“This is a big game for us,” Tahlequah head coach Brad Gilbert said. “In reality, every game’s important, but this has greater emphasis. It’s big for playoff ramifications, place in district…a lot of things. I think our kids know that and they’ll hear it all week.”

The Chieftains (3-2, 1-1) had won three consecutive games before falling to Collinsville, 43-13, in week five. They started the season with a 53-26 loss to Sand Springs and then defeated Tulsa Edison Prep, Bartlesville and Tulsa Memorial.

“Sapulpa is a good football team,” Gilbert said. “I know that they got beat by Collinsville last week, but they’re very talented. Athletically, I think they’re as good as any team in our district. They’re going to create problems for us just with their athleticism. They know what their strengths are.”

“It’s not about stopping him, it’s about slowing him down,” Gilbert said. “You have to limit the big plays against them.”

Sapulpa, who has been without starting quarterback Zac Mason, rushed for 167 yards against Collinsville. Running back Maro Smith finished with 99 yards and had a 2-yard touchdown run. Quarterback Bryson Williams had a 13-yard touchdown pass to D’Angelo Mitchell.

Sapulpa’s defense gave up 356 yards, including 284 yards on the ground, to the Cardinals.

The Tigers, who haven’t won at home in two tries this season, were dominant in every phase against Hale. The offense produced 309 total yards, and the defense allowed just 101 yards.

Tahlequah had three touchdowns on the ground, two through the air, a kickoff return for a score, and a pair of interceptions returned for TDs.

In limited action, senior quarterback Tyler Joice completed 5 of 7 passes for 76 yards with two scores, senior running back Malik McMurtrey finished with 98 yards on just six carries with a TD, and Race Stopp, Dylan Leep and Coda Bunch each had touchdown receptions.

Defensively, Bodee Jimerson and Leep each returned interceptions for scores. Linebacker Brayden Northington paced the defense with seven total tackles, while Jacob Morrison and Darryn Spahr each followed with six. Defensive end Bryson Smith had a quarterback sack and one hurry. The Tigers held the Rangers to 1 of 7 on third down conversions.

For Gilbert, it’s all about putting together a clean performance, something the Tigers haven’t been able to do to this point. He feels they will have to do that against Sapulpa.

“We’re not where we need to be when it just comes to being a disciplined football team,” Gilbert said. “We’re still having too many pre-snap penalties. We have to be very, very clean this week. What’s concerning for me is we haven’t been able to do that yet this year. If we can do that, it’s going to give ourselves a chance. If we can’t, it’s really going to create an uphill battle for us.”