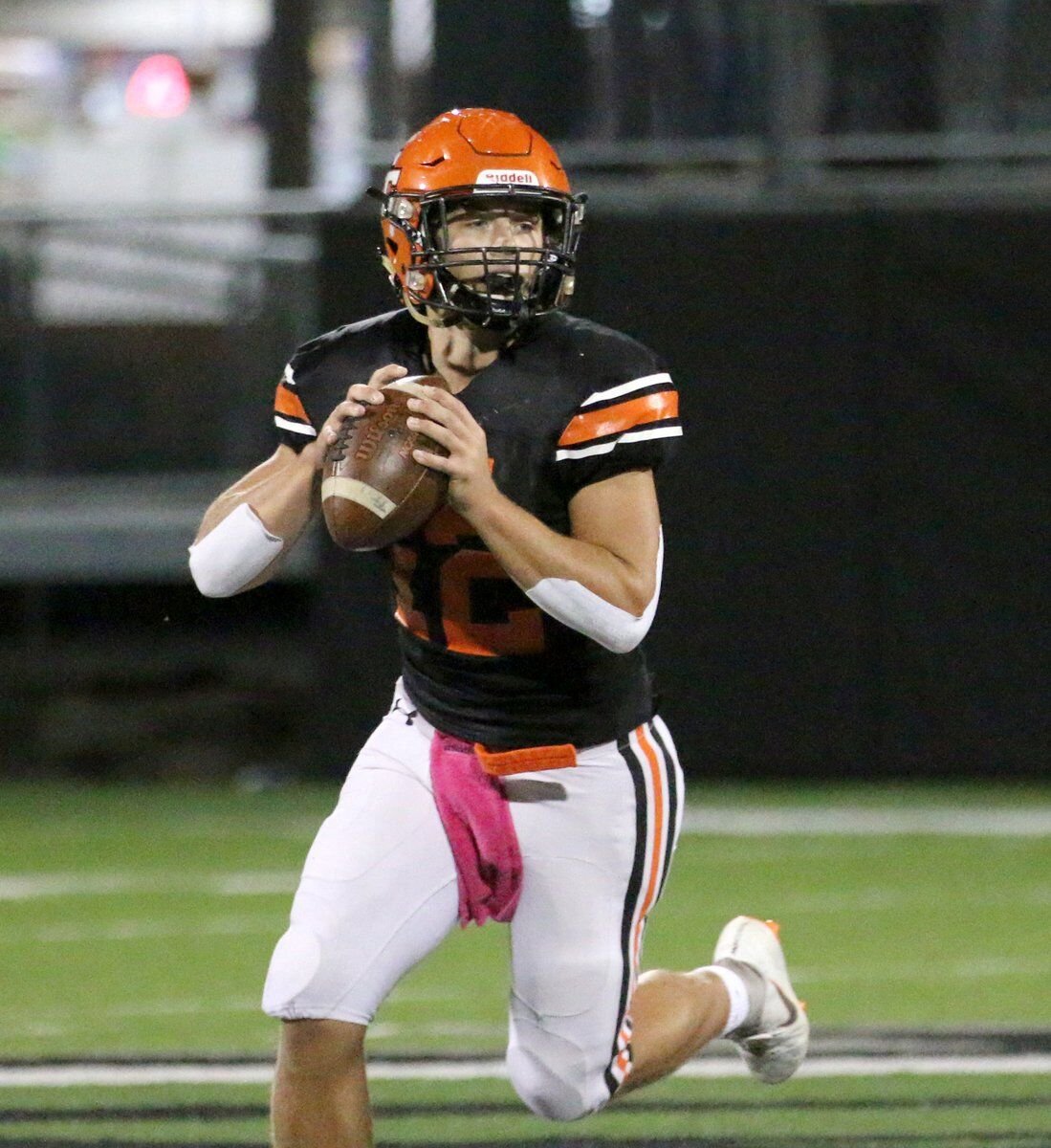 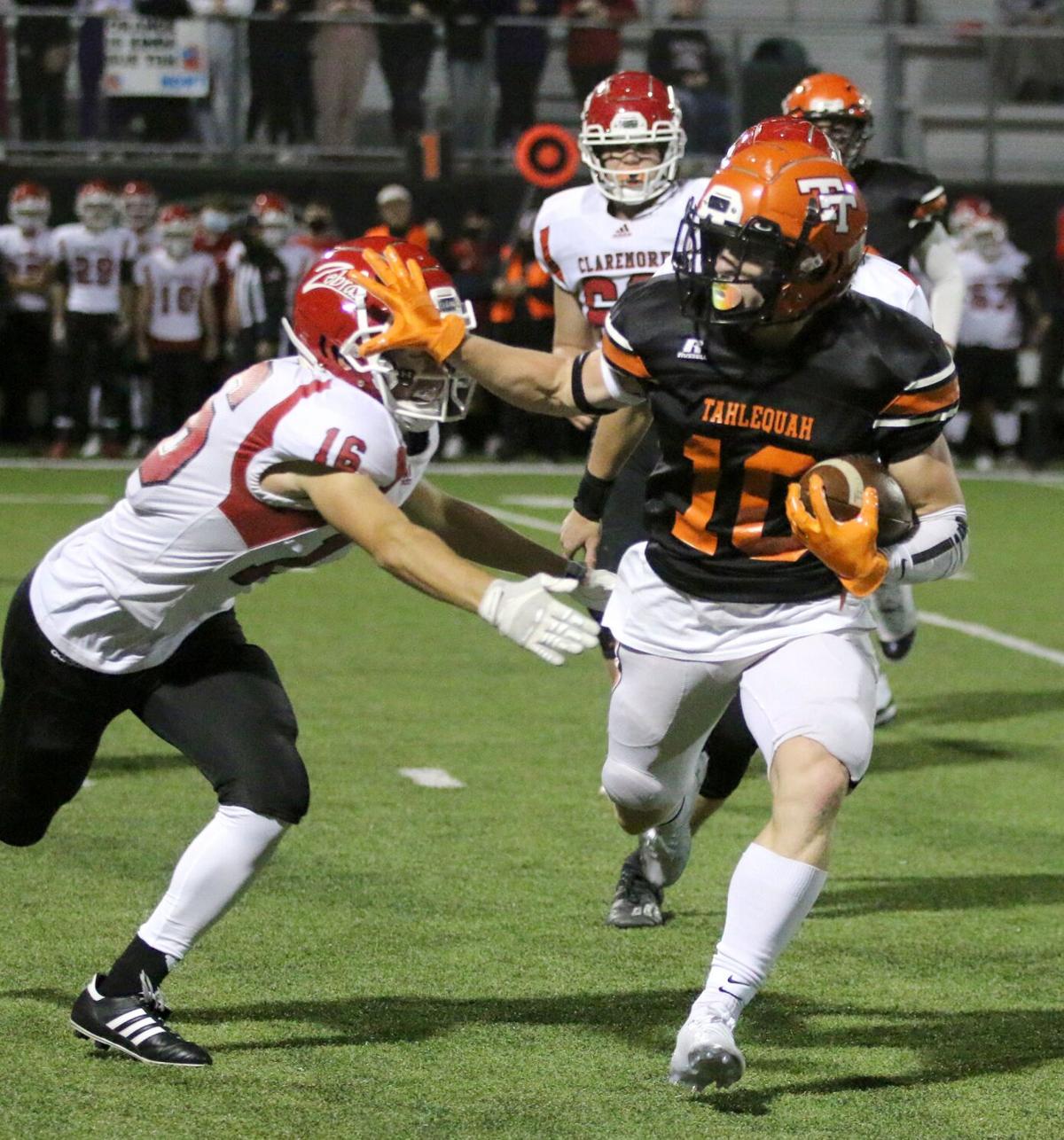 Tahlequah will try to piece together back-to-back wins for the first time this season when it visits Glenpool Friday.

The Tigers picked up their biggest win of the season last week when they erased Claremore, 37-7, at Doc Wadley Stadium to improve to 3-3 overall and 2-1 in District 5A-4. Following Friday’s contest, they have district games remaining against Collinsville and Tulsa Memorial.

The playoff landscape has changed after the Oklahoma Secondary School Activities Association announced on Tuesday that all teams in Class 5A will get an invitation to the playoffs.

It’s now all about playoff positioning.

The Warriors are coming off a 56-13 loss to Collinsville and enter at 2-5 overall and 1-3 in district play. Their lone district win came against Memorial, while the other win was against Durant in week two.

Tahlequah has made a week-by-week climb in progression under head coach Brad Gilbert and got what Gilbert called a must win against Claremore.

“We looked at it as a must win,” Gilbert said on Monday. “We looked at it like our playoffs are starting that night. We still feel that way. Every game is a must win. We delivered that message to our kids, not early in the week, but the day before the game. I thought the response was great. It was a well-needed, well-earned win.

“You’ve been able to see the growth. It’s been an odd year. We lost three games to three really good football teams where we competed at a high level. Week-in and week-out we’ve gotten better and better, and hopefully we can build on what we did last week and take that into Friday against Glenpool.”

The Tigers were superior from start to finish against Claremore. They accounted for 379 total yards of offense, including 244 rushing yards, and did not turn the ball over. Defensively, they limited the Zebras to 90 yards rushing and forced three turnovers.

Junior running back Malik McMurtrey had 148 yards rushing on 12 carries with a pair of touchdowns, junior quarterback Tyler Joice completed 8 of 10 passes for 135 yards with a touchdown pass, and senior receivers Kobey Baker and Tanner Christian each had three catches, totaling 68 yards with a TD.

Through six games, Joice has completed 68.2 percent of his passes for 635 yards with touchdowns. He hasn’t thrown an interception over the past two weeks after throwing five over the first four games.

McMurtrey, who has missed two games, has rushed for 447 yards and is averaging 8.6 yards per carry with five touchdowns.

Joice’s top receiving target has been Baker, who leads the team with 31 receptions and 323 yards. Baker has three receiving touchdowns and four more on the ground.

Glenpool’s last win was in week five when the Warriors defeated Memorial, 33-13. The win snapped a three-game losing streak with setbacks to Fort Gibson, Claremore and Pryor.

“We’re excited about where we are, but we know we’ve got Glenpool this week,” Gilbert said. “Glenpool has a new coaching staff and they’re getting better. They did some really good things against Collinsville and moved the ball on them at times. You can tell that they’re getting better week-in and week-out too.”

In the last meeting between the two teams, Tahlequah defeated the Warriors, 39-19, in 2017.