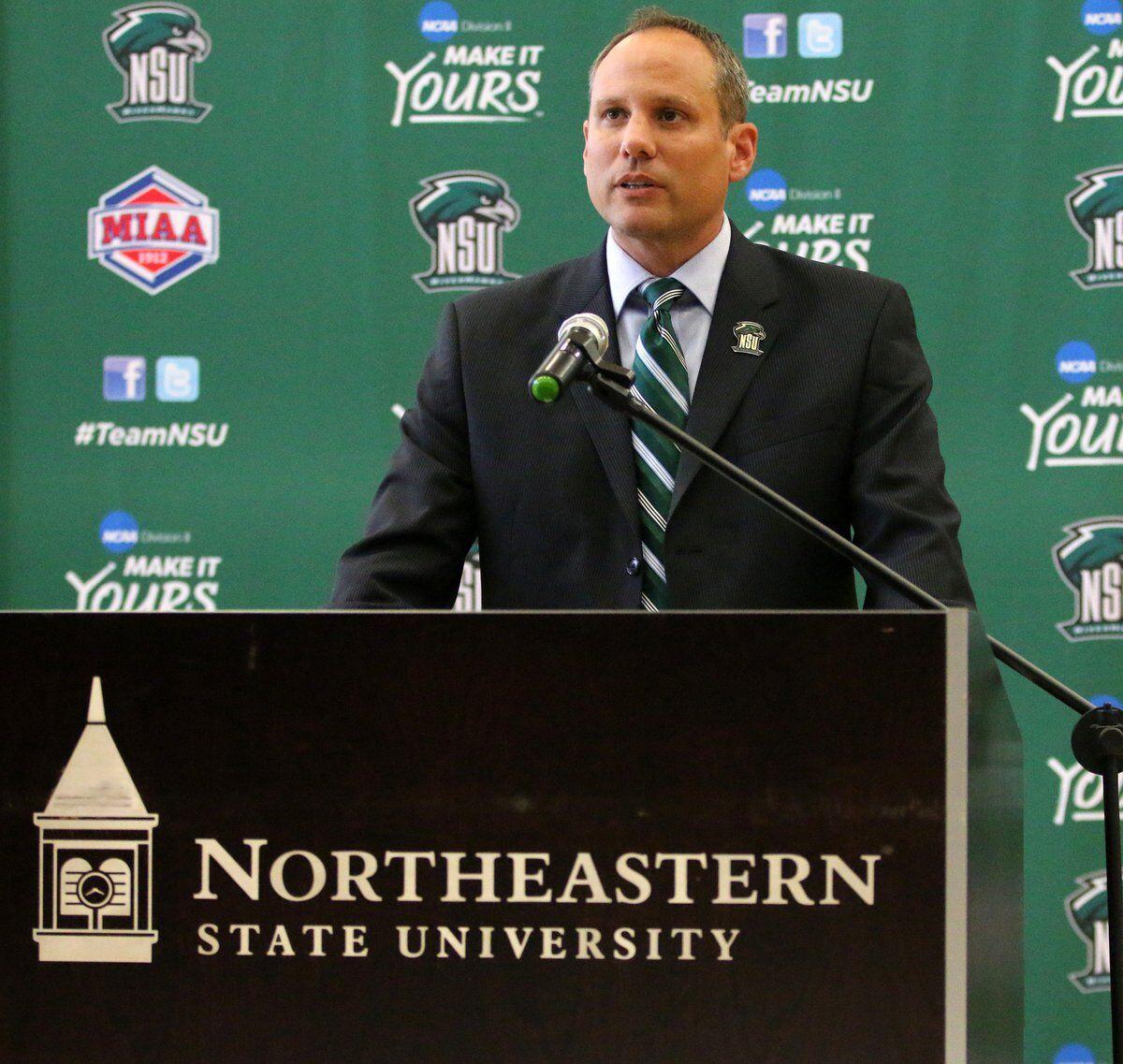 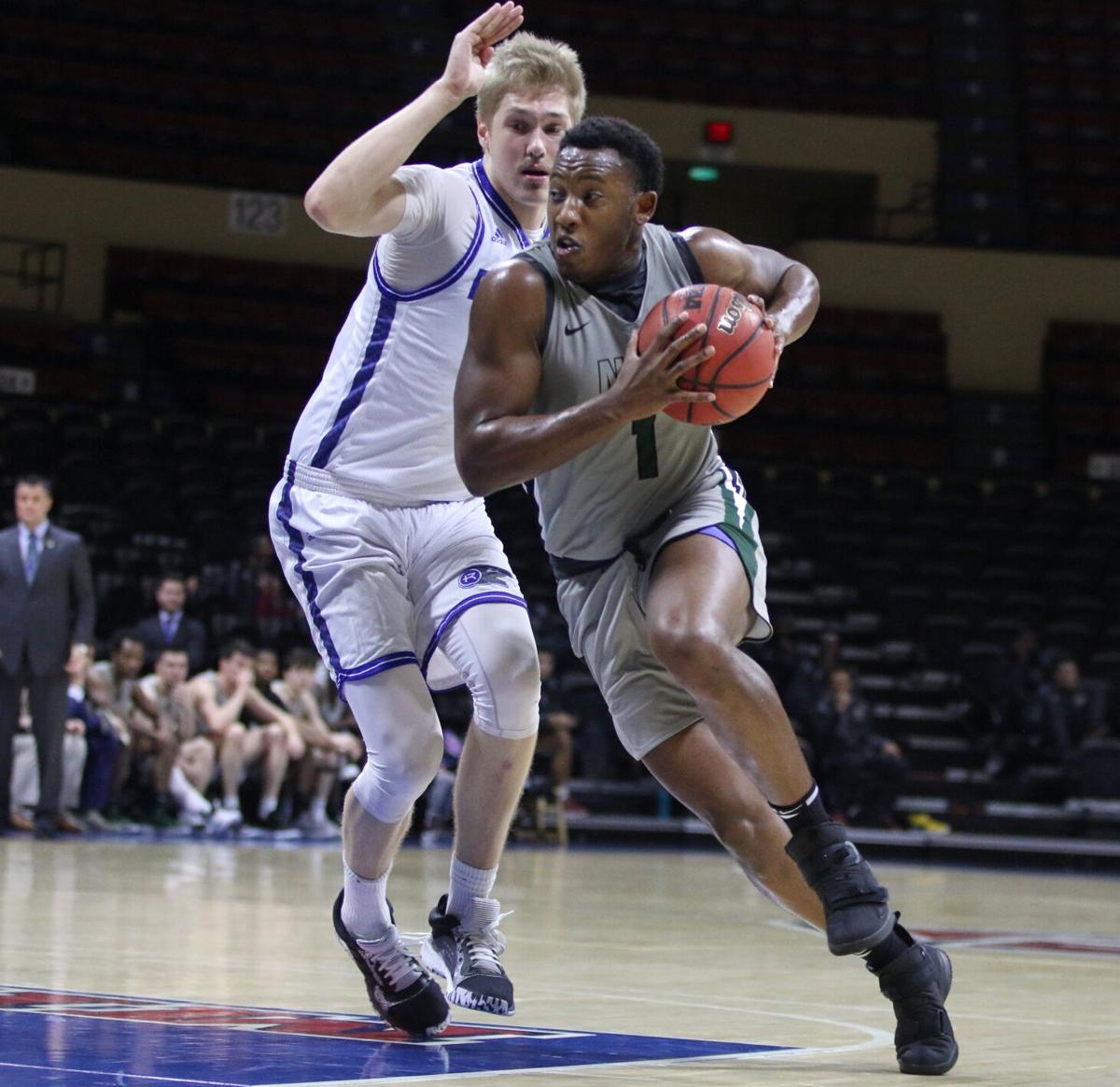 Northeastern State will have a much different look Saturday when it opens its basketball season at the NSU Event Center.

The RiverHawks, who begin with Emporia State after having its first two scheduled games postponed due to COVID-19, will have a completely new coaching staff, and a large number of new pieces on the court.

Ja Havens takes direction in his first year as head coach after replacing Mark Downey in June. Downey, now head coach at Arkansas Tech, guided NSU to an 18-11 overall record and a 11-8 mark in the Mid-America Intercollegiate Athletics Association in his third and final season.

“It’s been challenging,” said Havens, who was head coach at East Central University for the previous seven seasons. “Just taking over a new job is challenging enough, but then you throw in the variables that have been in place with COVID and meeting on Zoom and then getting what could be considered a very late start in recruiting.”

The biggest challenge will be replacing last year’s top two leading scorers in All-MIAA Second Team selections Caleb Smith and Kendrick Thompson, who both averaged 16.1 points and accounted for 43 percent of the team’s scoring. Other starters gone are guard Bradley George, and forwards Iain McLaughlin, Josh Ihek and Aaron Givens.

But Havens brought in nine newcomers, including six transfers who could make the transition smoother. Havens praised the recruiting work of his assistant coaches - Lucas Hunter and Brett Cannon.

“I’m a big believer in the guys we have,” Havens said. “I think Coach Hunter and Coach Cannon did an outstanding job of knowing and identifying what we needed and getting guys that were fits for our program and our style of play.”

NSU welcomes back some returning experience in guards Troy Locke, Brad Davis, DeVonta Prince and Payton Guiot, and forward Daniel Dotson. Prince is the only one returning with starting experience.

“The production that we’re going to get is either going to be from an increased role from someone that’s back, or from someone brand new,” Havens said. “I think we addressed our roster needs as well as we could. I love what we’ve added and there’s some good players coming back. There’s some solid guys, some great guys that can fill roles to help us win. We’re still at the point in the first year of getting to know each other. They’re learning a new system and I’m learning them. We’ve probably got more guys on the roster that can get significant minutes when you look at a 15-person roster, so we’re still sorting that out.”

The RiverHawks will be carried by their talent and depth at the guard positions.

Hancock could provide instant offense. He was ninth nationally in scoring at 26 points per game last year at Jackson State (Tennessee) and shot 47.5 percent overall and 39.3 percent from 3-point territory.

“He can score,” Havens said. “He’s a point guard that can play off the ball some. He really has a knack for scoring. To average 26 points a game for a full season is pretty remarkable. He has the ability to get to the free throw line, which great scorers do. He’s got a really good mid-range game and can score off the bounce. He’s definitely a very talented offensive player and a very competitive and hungry player.”

Perkins is another who was proficient on the offensive end last year at Richland College (Texas). He averaged 16.7 points on 52.2 percent shooting and also shot 46.6 percent from behind the arc.

“Rashad was really proficient, was scoring it well and then got hurt and didn’t get to finish his season,” Havens said. “He’s another one that’s strong and can score at three levels.”

Williams has the advantage of knowing Havens’ system. As a junior at East Central, Williams averaged 8.3 points and 5.3 rebounds. He played in 24 games and had one start.

“Caleb was very productive when healthy for us last year [at East Central],” Havens said. “He’s the one guy that knows what we’re looking for and knows what’s going on. He’s been a good leader for those other guys to kind of be a sounding board and talk to those guys through our expectations.”

Davis and Locke are the top two scorers returning from last year. Davis averaged 7.5 points and had 27 made 3s, while Locke averaged 7.2 points and shot 43.4 percent overall. Prince averaged 2.7 points and 2.5 rebounds.

“Brad has been...I wouldn’t say a surprise, but pleasant,” Havens said. “He brings it every day, and there’s nobody that works harder. He’s not afraid of the moment and is fearless.

“Prince and Locke have been two of the better rebounders in practice and I would say both have been pretty well bought in to what we’re asking them to do. DeVonta has been our best rebounder and is very athletic.”

Cook, Jones and Bailey were all high-level scorers as seniors in high school. Cook was the Class 6A Offensive Player of the Year at Midwest City after averaging 18 points. Jones, a Tahlequah High School product, averaged 19 points and was the Metro Lakes Conference Player of the Year, and Bailey led all of Arkansas Class 6A in scoring at 25 points per game.

“We’re going to be as ready as we can be,” Havens said. “We’re anxious to get back on the floor. We just want to keep the right mindset and go attack each day that we have, and get ready.”