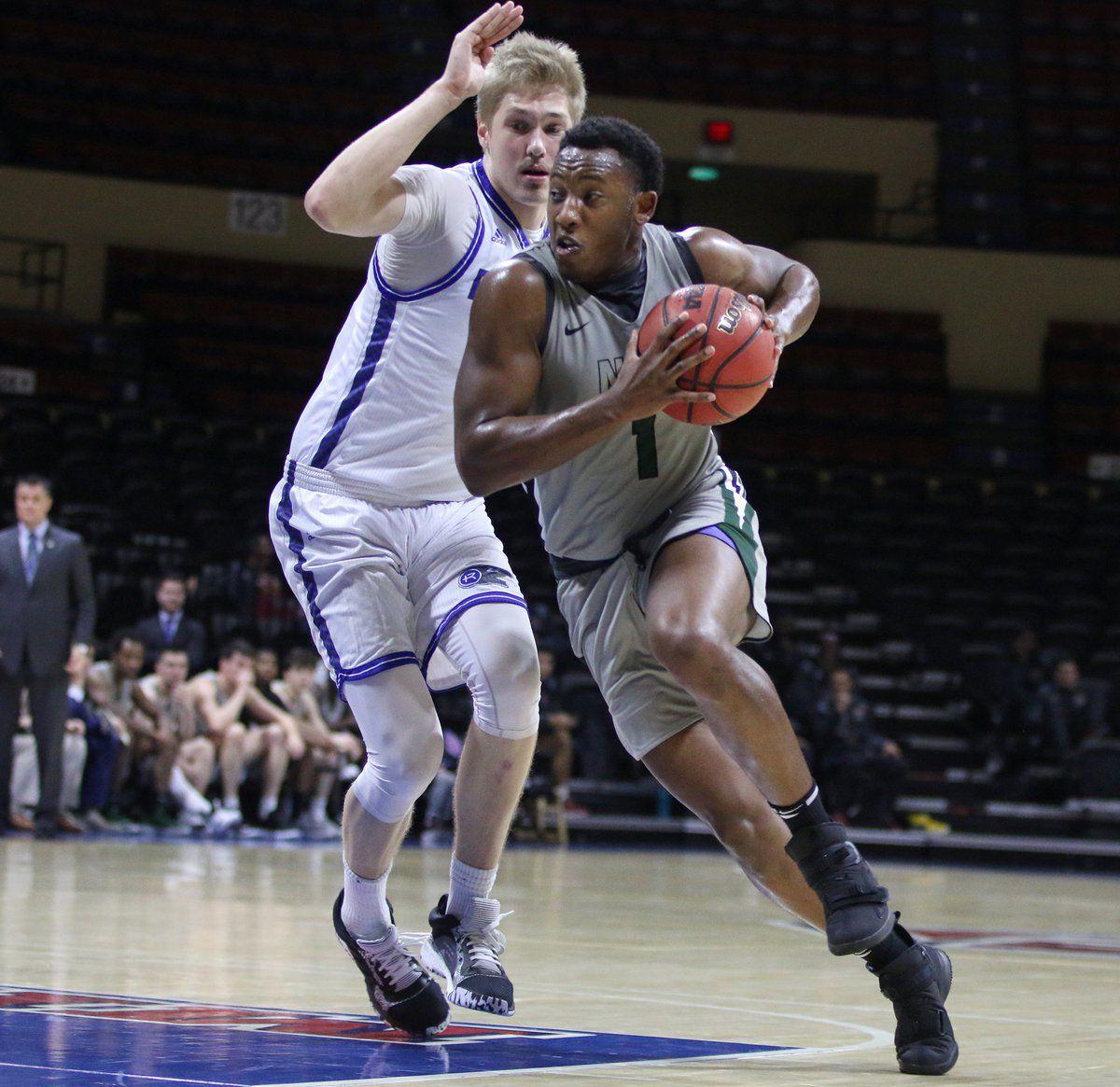 Troy Locke had 19 points and a team-high seven rebounds for NSU on Saturday against Rogers State. 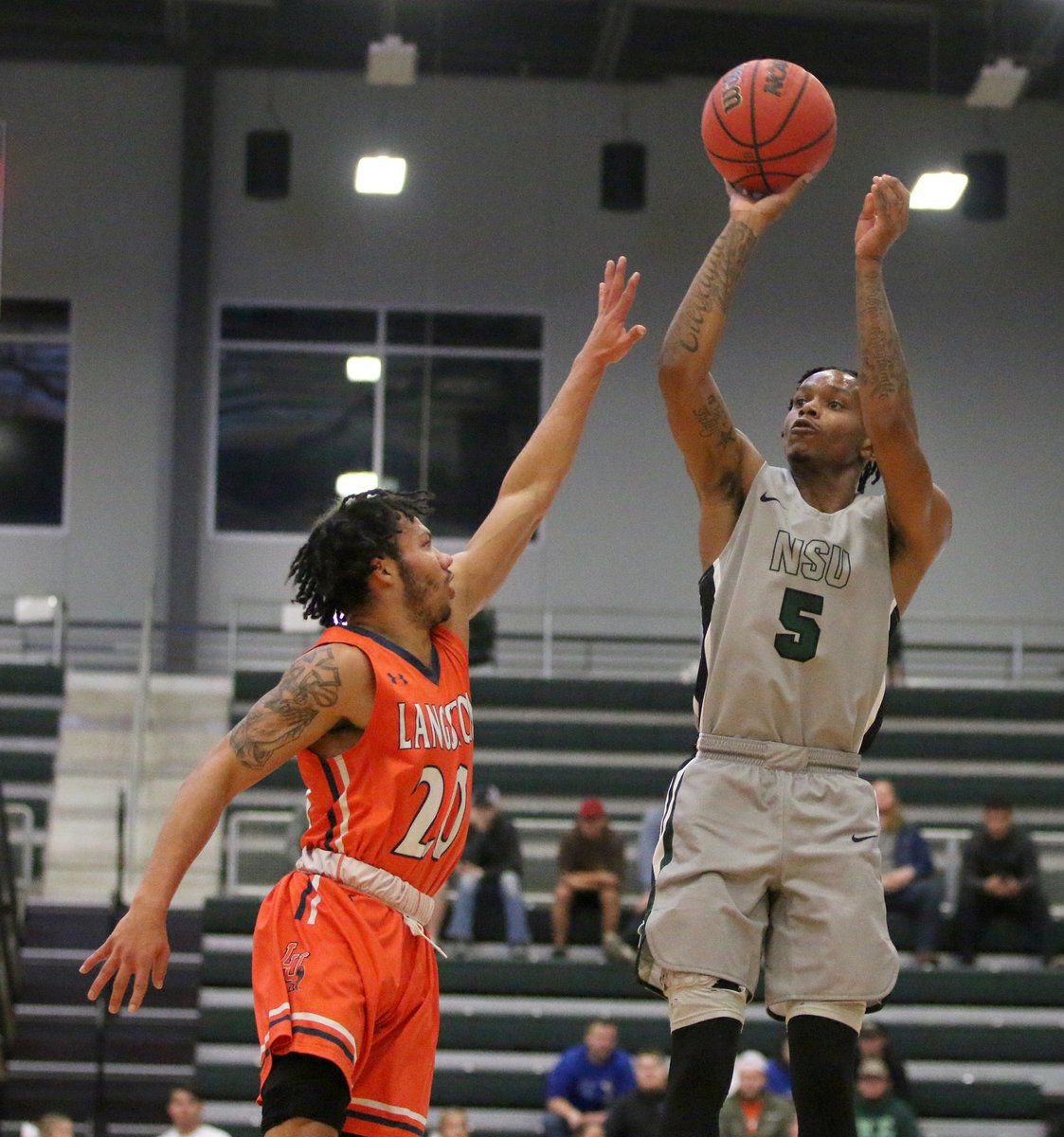 Northeastern State guard Kendrick Thompson scored a career-high 31 points Saturday and helped lift the RiverHawks to an 89-73 win over Rogers State in Claremore.

Troy Locke had 19 points and a team-high seven rebounds for NSU on Saturday against Rogers State.

Northeastern State guard Kendrick Thompson scored a career-high 31 points Saturday and helped lift the RiverHawks to an 89-73 win over Rogers State in Claremore.

CLAREMORE -- Kendrick Thompson scored a career-high 31 points on Saturday afternoon as the RiverHawks picked up their first-ever victory over Rogers State 89-73.

"It was a great team win," Northeastern State head coach Mark Downey said. "We've got everybody bought in right now, we've seen what we're capable of and hopefully we can keep this rolling."

Thompson, who led all scorers, shot 9-16 from behind the arc on the day. Caleb Smith and Troy Locke both finished with 19 points, with Locke leading NSU with seven rebounds.

The RiverHawks raced out to an 8-2 lead thanks to Smith, who hit a jumper and converted the and-one. Thompson also hit a three while Josh Ihek hit a short jumper. NSU extended the lead to nine when Thompson hit his second trey of the half off a pass from Smith. RSU battled back to tie the game at the 13:06 mark, but Thompson hit a deep three with 9:23 left in the half to give NSU a lead they would not relinquish.

NSU would end the half on a 10-6 run, with Thompson scoring ten in the final five minutes of play, including back to back treys with under two minutes remaining. He finished the half with 19 points, going 5-9 from behind the arc to give the RiverHawks a 51-34 lead heading into the locker room.

Thompson hit a three with 14:42 left in the second half, which kicked off a stretch where he hit three in a row to extend the NSU lead to 63-42. After RSU scored five unanswered, Thompson hit a trey, then grabbed a defensive rebound and fed DeVonta Prince, who hit a three of his own to give NSU a 22-point lead.

Troy Locke picked up an old-fashioned three-point play with 8:47 left when he hit a short jumper and drew the free throw, which he hit. The Hillcats would come storming back late, ending the game on an 18-6 run, but they ran out of time.

From the field, NSU shot 53.3-percent from the field with their 15 treys being season-best. Thompson's nine three-pointers is second-most all-time in a game, one behind the program mark which was set in 1995.

NSU will return to Tahlequah on Thursday night when they host Washburn at 7:30 p.m.