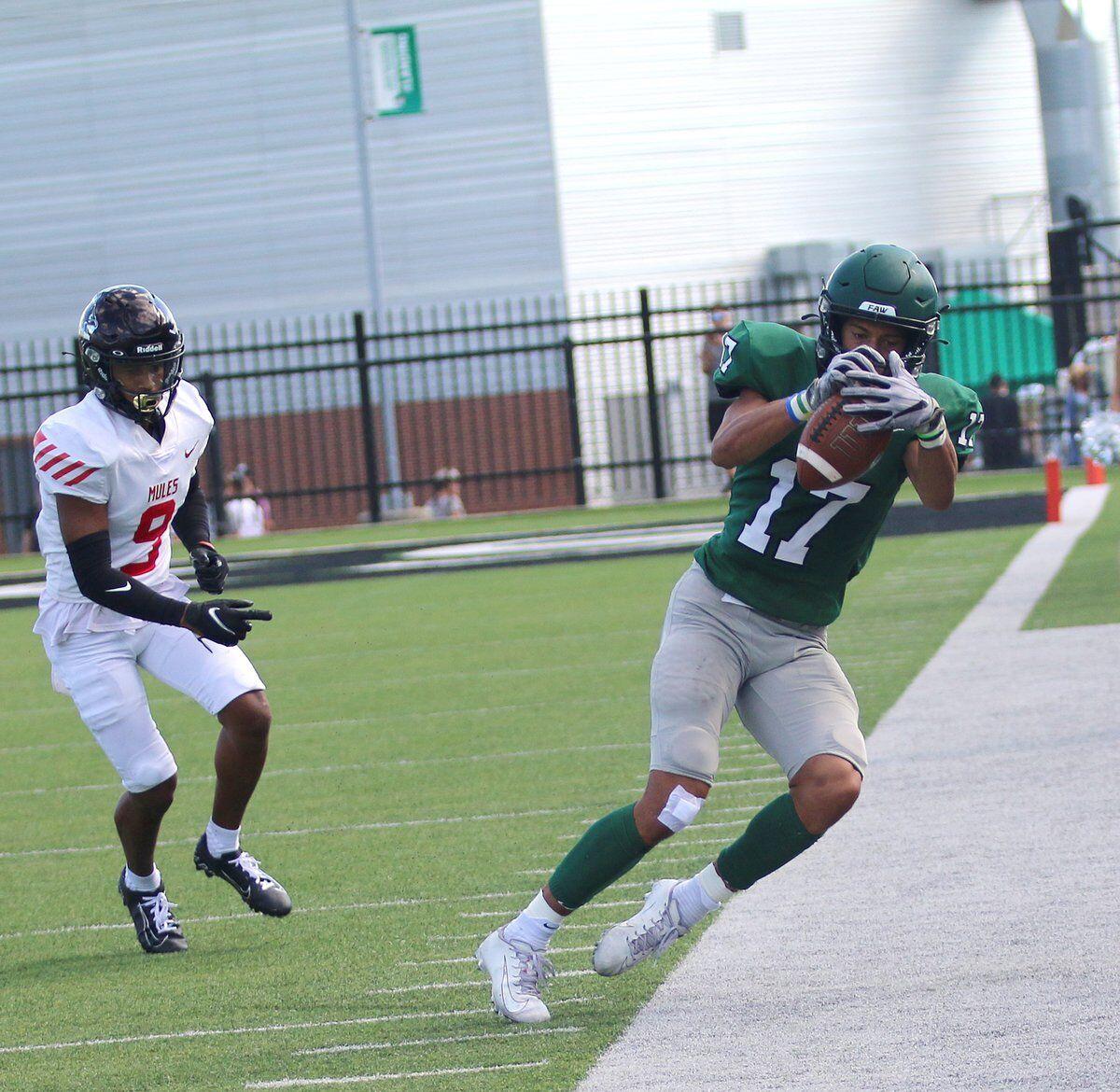 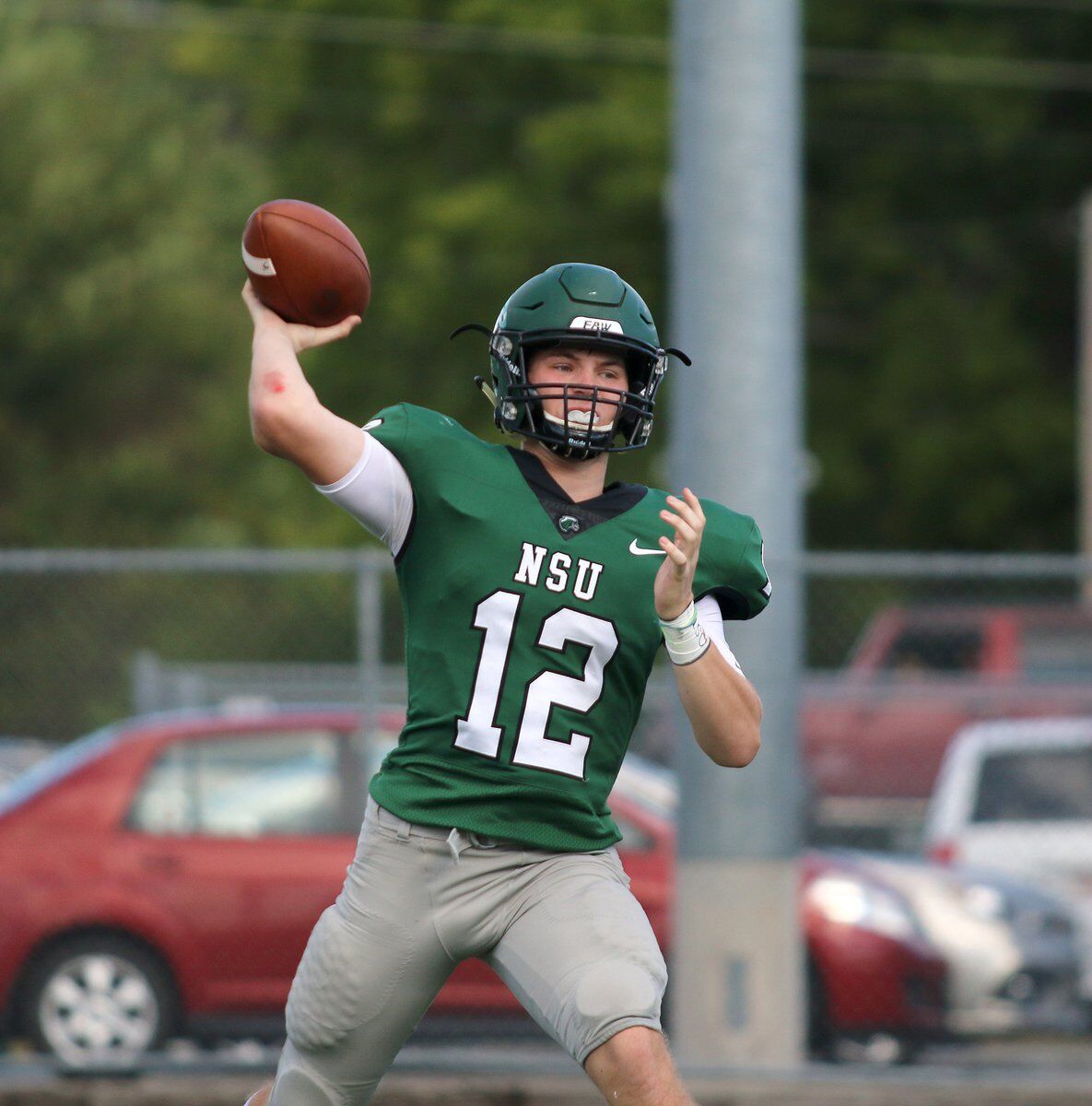 Central Missouri separated itself from Northeastern State in the second half and went on to post a 41-10 win Saturday at Doc Wadley Stadium.

The Mules, who took a 20-10 lead into halftime, had a pair of touchdowns in the third quarter to pull away.

It was the first win of the season for Central Missouri, who improved to 1-4. The RiverHawks fell to 2-3 after defeating Lincoln in overtime the previous week in Jefferson City, Missouri.

“The third quarter is our achilles' heel at home,” NSU head coach J.J. Eckert said. “We haven’t been able to find a way to put some drama in the third quarter, and that’s the thing that’s disappointing. We had a decent drive going right there to start the third quarter and had a chance to go make it 20-17, 20-13, but we stalled out.”

NSU allowed over 550 yards of total offense for the second straight week. The Mules, behind quarterback Logan Twehous, closed with 569 yards. Twehous completed 28 of his 34 pass attempts for 405 yards with five touchdowns.

Twehous also helped Central Missouri get off to a fast start with two touchdown passes in the game’s first six minutes. Arkell Smith was on the receiving end of a 21-yard TD at the 12:17 mark, and Twehous extended the lead to 13-0 following a 65-yard TD pass to Zion Perry with just under nine minutes remaining in the opening quarter.

The RiverHawks recovered later in the first quarter when redshirt-freshman quarterback Grant Elerick hooked up with receiver Mark Wheeland for a 9-yard touchdown that capped a seven-play, 76-yard scoring drive. Elerick went on to throw for a career-high 318 yards, and it was Wheeland’s MIAA-leading sixth TD reception in five games.

The Mules went back up by 13 points after a 65-yard scoring drive that was completed on Twehous’ third TD pass - a 29-yard connection to Smith at the 13:39 mark of the second quarter.

NSU’s only other points came on a Tyler Crawford 25-yard field goal right before halftime. The RiverHawks went 87 yards on 11 plays, which included a 23-yard reception by running back Keon Moore that put them in the red zone.

NSU finished with 352 total yards of offense, but had just 34 yards on the ground. Elerick completed 23 of 35 passes and threw an interception, Darius Hopkins had a team-high 32 rushing yards on eight carries, and Wheeland had seven receptions for 104 yards, his second consecutive 100-yard output. Dashawn Williams added five catches for 79 yards, and Malik Antwine finished with four receptions for 76 yards.

“I think we did some good things [offensively],” Eckert said. “I thought we were able to find some things that we felt good about. But you want to be able to run the football, let’s not kid ourselves. That’s an area we’ve got to continue to coach better and get better at.”

The Mules had 164 rushing yards and were led by Wilkerson’s 81 yards on 17 carries. Smith finished with seven receptions for a game-high 133 yards.

Marques Williams and Triumphant Olatunji each ended in double figures in tackles. Williams led the RiverHawks with 13 and had one pass breakup, and Olatunji added 10 total tackles. NSU had six tackles for losses, and Isaac Little had a fumble recovery.

There was a glaring difference on third down conversions. The RiverHawks were just 2 of 10, while the Mules converted on nine of their 14 attempts.

“Our third downs on offense and our third downs on defense were pathetic,” Eckert said. “I think that was as bad as I’ve seen of just not being efficient on third down offensively to keep drives going and keep our defense off the field, and then defensively not getting third down stops to be able to get off the field. Obviously, we’ve got to go back to the drawing board on that.”

Northeastern State will have a short week to prepare for rival Central Oklahoma, who visits Doc Wadley Stadium Thursday in a 7 p.m. kickoff. The Bronchos have an identical 2-3 mark and are coming off a 69-28 win over Lincoln on Saturday. They opened the season with a 24-20 win over Missouri Western.