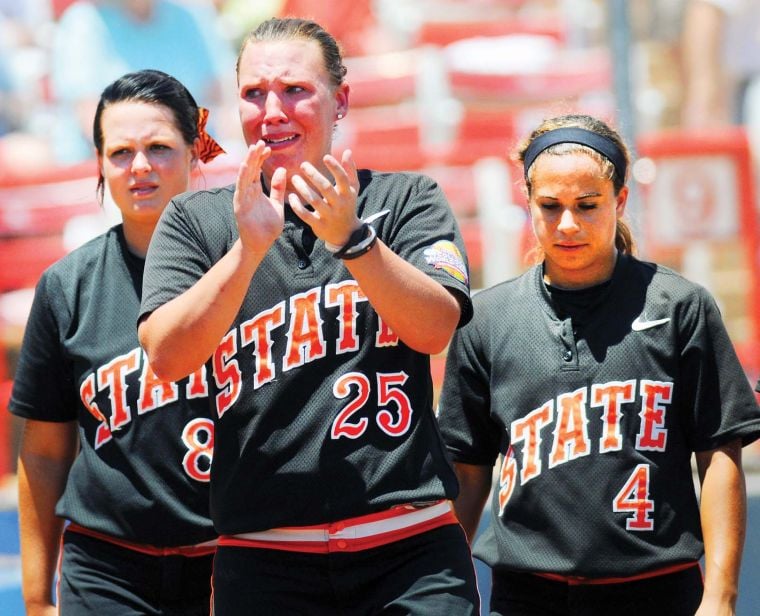 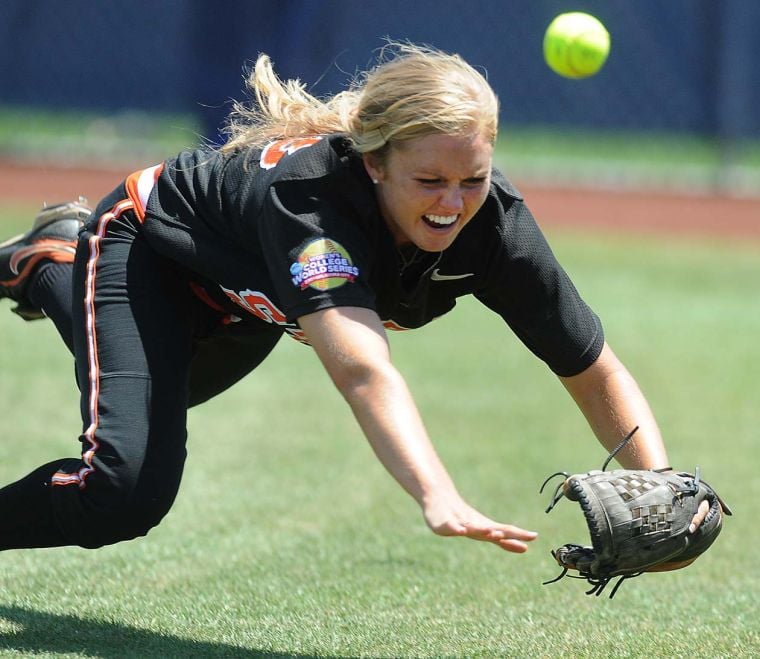 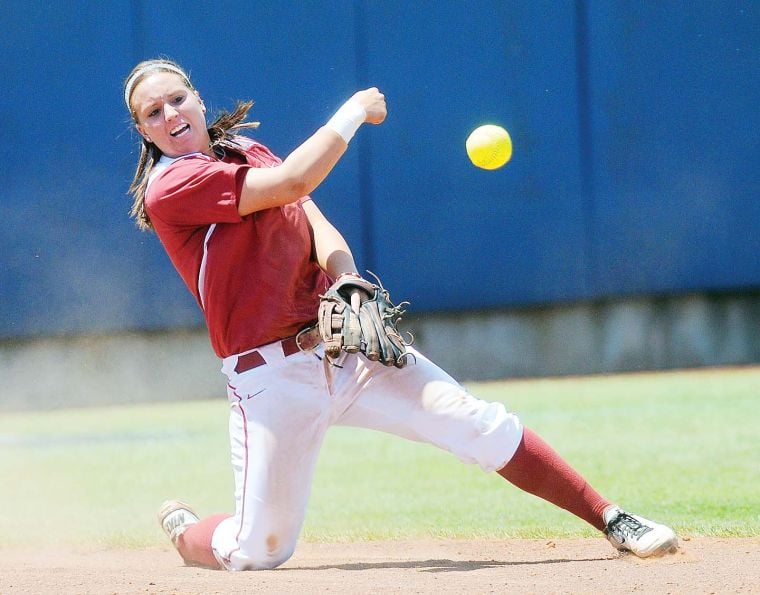 Oklahoma shortstop Javen Henson makes a throw to second base Saturday during an elimination game between the Sooners and Missouri in the Women’s College World Series in Oklahoma City.

Oklahoma shortstop Javen Henson makes a throw to second base Saturday during an elimination game between the Sooners and Missouri in the Women’s College World Series in Oklahoma City.

What a season it was, though.

The Cowgirls (42-20) reached the 40-victory plateau for the second straight season. They made their third straight appearance in the NCAA Tournament and first trip to the Women’s College World Series in Oklahoma City since 1998.

Seniors shed tears as their collegiate softball careers ended. Coaches congratulated players and struggled to find the right words to express the impact of OSU’s seniors and the significance of the trip to the Women’s College World Series.

All four Cowgirl seniors — Mariah Gearhart, Alysia Hamilton, Ashley Boyd and Sarah Odom — made positive contributions in a 6-2 loss to the California Golden Bears (44-12) on elimination Saturday in the Women’s College World Series. The Cowgirls opened the WCWS with a 1-0 loss to Baylor on Thursday.

Gearhart added to her NCAA record for getting hit by a pitch when Cal pitcher Jolene Henderson plunked her on the leg to start the game. Cowgirl batters eventually moved her to third base with two outs, but couldn’t get Gearhart across home plate for a run.

Gearhart reached first 23 times this season when she was hit by pitches. She owns the NCAA career record in the category with 92.

The Bears scored in the second when catcher Lindsey Ziegenhirt singled. She reached second on an infield groundout and scored on Victoria Jones’ two-out single up the middle.

Oklahoma State rallied for two runs on five straight singles in the fourth inning to take a 2-1 lead.

Hamilton singled to start the inning. Julie Ward and Chelsea Garcia followed with singles to load the bases with one out. Tamara Brown singled to score Hamilton. Boyd singled to bring home Ward. Two pop ups ended the inning.

“We were swinging the bat hard, trying to get that hit and we ended up putting them all together,” Hamilton said.

Henderson only let one Cowgirl — Hamilton singled in the fifth — reach base the rest of the game. Henderson’s fastball was topping 70 mph and her changeup kept OSU’s hitters off balance, Gearhart said.

“She does an outstanding job of changing speeds,” Hamilton said.

Oklahoma State’s 2-1 lead held up until the bottom of the fifth when Cal scored four runs on three hits and an error to go up 4-2. Britt Vonk singled with one out. She raced to third on Jace Williams’ double. Frani Echavarria walked to load the bases.

Cal’s Ashley Decker lashed a slicing liner to right field. Sammy Jo Diffendaffer raced for the ball, diving to try to make the catch. The ball bounced inches in front of her glove and rolled toward the left-field wall. Diffendaffer retrieved the ball, but three-runs scored before the ball was fired into the infield.

“I love Sammy Jo’s effort on that. If she decides to play it on a hop, they still score two runs. … If she makes that catch, we are up one and in the driver’s seat,” Wieligman said.

Cal’s Elia Reid added a solo homer in the sixth to make the final score 6-2 and end the Cowgirl’s season. Odom replaced Espinosa one batter later, and kept Cal from scoring the rest of the game.

“Not a lot of people can say they ended their college career at the Women’s College World Series,” Gearhart said. “It was our dream. … To leave this program and know that we were one of the top eight teams in the nation you can’t ask for anything better.”

Chelsea Thomas tied the school record for most wins in a season, and Missouri knocked Oklahoma out of the Women’s College World Series with a 4-1 victory on Saturday.

Oklahoma (43-19) was the second team eliminated from the WCWS. The Sooners, who made their sixth appearance and first since 2004, are 7-10 overall in the tournament.

Thomas allowed only six hits in her 32nd win, which tied Theresa Wilson (1981) for the Missouri record. It was the third time Thomas beat Oklahoma this season, but the first that didn’t require extra innings.

Thomas, Wilson and Barb Wright are the only pitchers in Missouri history to win at least 30 games in a season.

Missouri capitalized on four Oklahoma errors to score three of its four runs. In hurling her 30th complete game of the season, Thomas walked two and struck out six in a 91-pitch effort.

Oklahoma’s Keilani Ricketts (29-15), who took her second WCWS loss, allowed one earned run and six hits. She pitched to a new catcher, regular third baseman Dani Dobbs, who took the place of injured Katie Norris (elbow sprain). Norris had been catching in place of Jessica Schults, who had been sidelined because of ulcerative colitis.

Dobbs homered to left field in the seventh inning for Oklahoma’s only run. It was Dobbs’ ninth homer of the season and her 36th RBI. Second baseman Brianne Turang had a pair of singles and was the only Oklahoma player with more than one hit.

The Associated Press contributed to this report.