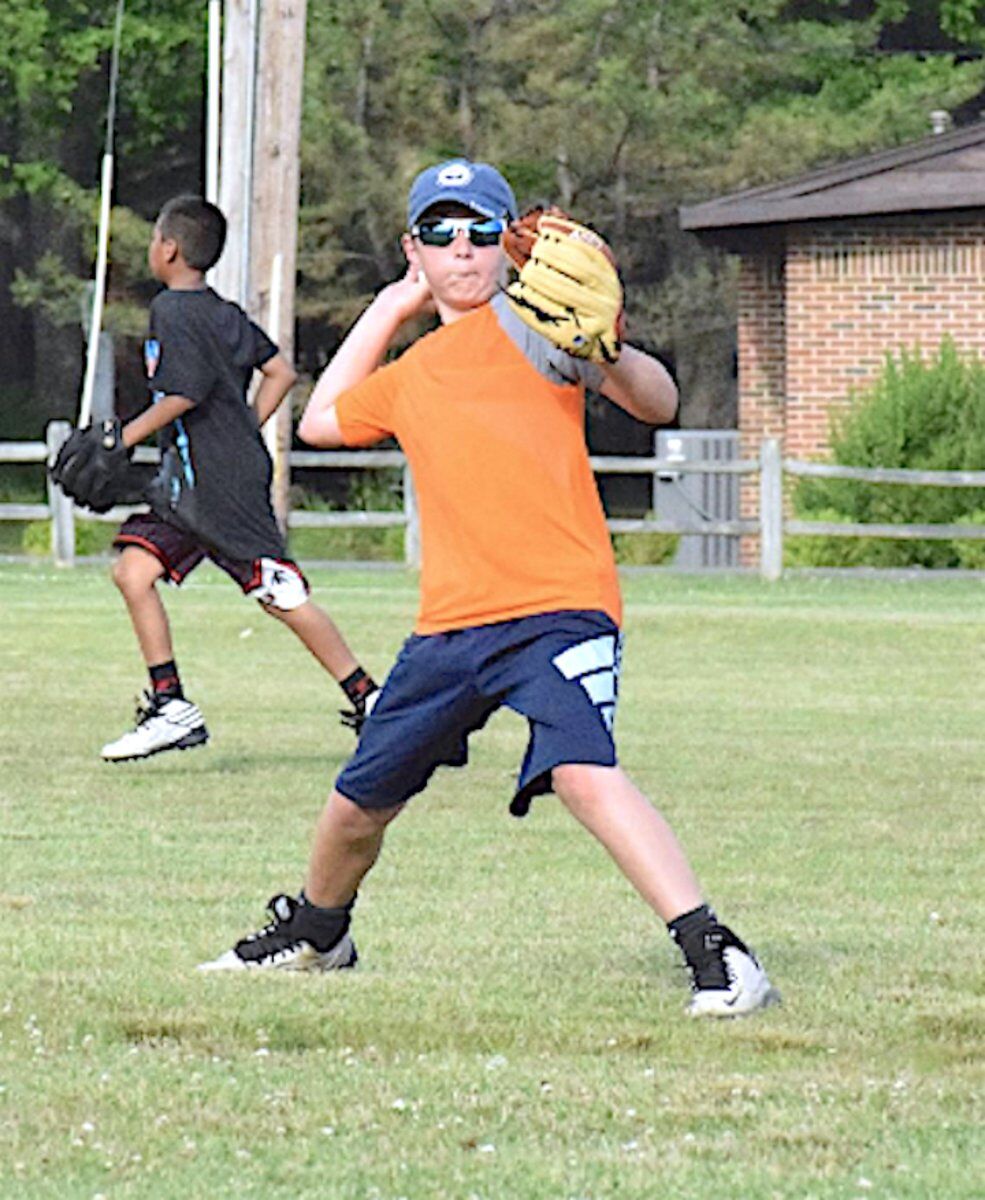 Wyatt Hodgson, 12, readies to throw a ball during practice. He will play in Saturday's Tahlequah Sports League tournament to close the season. 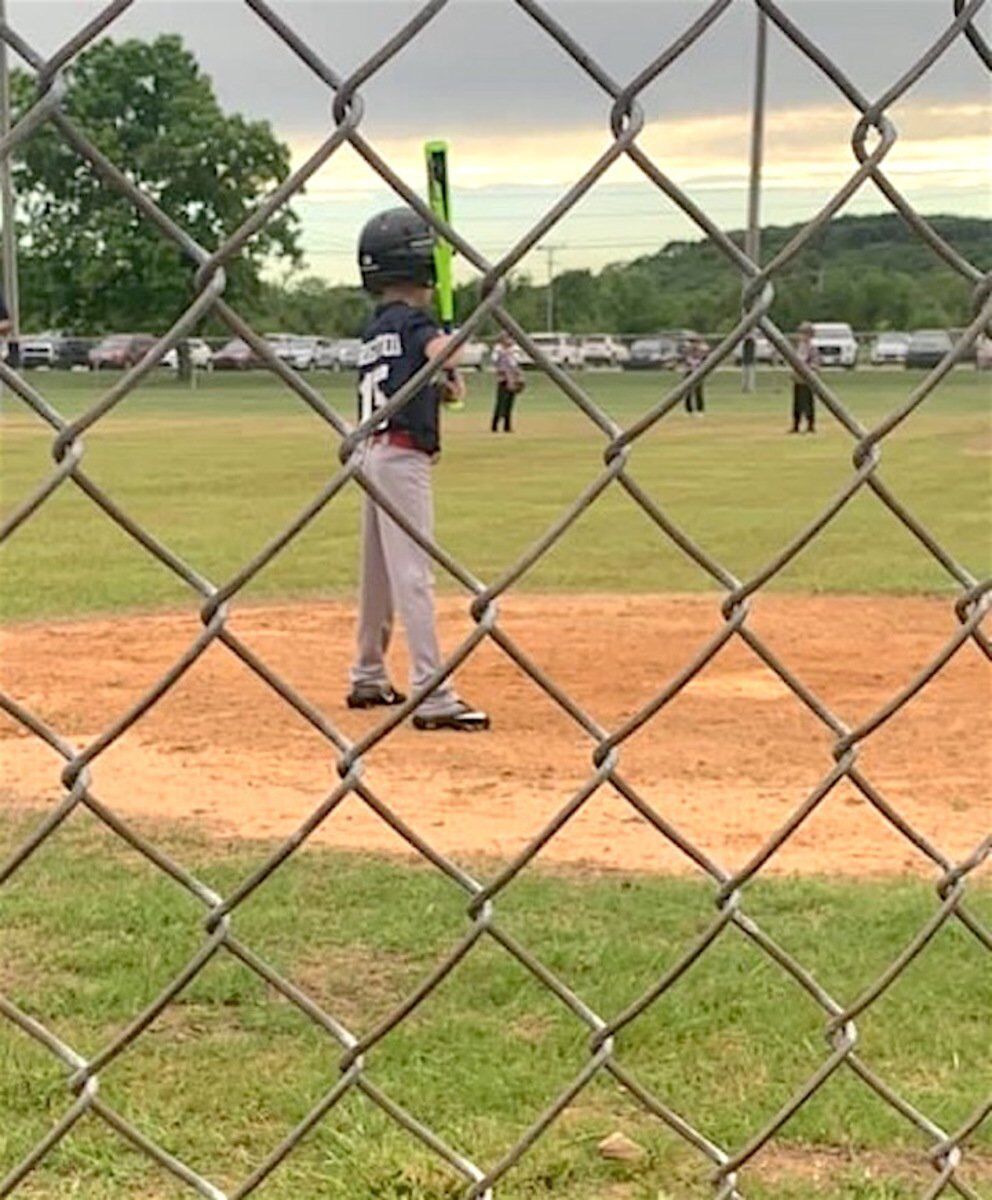 Tahlequah Sports League is wrapping up its first season with 10 baseball and 13 softball teams competing in tournaments Saturday.

Wyatt Hodgson, 12, readies to throw a ball during practice. He will play in Saturday's Tahlequah Sports League tournament to close the season.

Tahlequah Sports League is wrapping up its first season with 10 baseball and 13 softball teams competing in tournaments Saturday.

After a delay in the start of play, Saturday will wrap up the Tahlequah Sports League's inaugural season with baseball and softball tournaments at Phoenix Park and Anthis-Brennan Sports Complex.

"We couldn't start until June 8. We were supposed to start on March 23, so we got a really late start into the season," said Kim Dawson, TSL board vice president and cheer chair. "We've had a pretty good response. Everyone seems grateful that we started this league. We want it to be a central location, a one-stop shop for all sports in Tahlequah, so they don't have to travel outside of the county to play."

Not counting the ones that pulled out due to the pandemic, more than 500 kids enrolled and participated in softball and baseball this season. Participating in the optional tournaments Saturday will be 13 6U-12U softball teams and 10 6U-12U baseball teams.

"That speaks volumes to the need in the community," said Dawson.

Baseball mom Kristy Hodgens said her family is so thankful the league was able to play this season. Last year, her 12-year-old son, Wyatt, spent his own money to buy baseball equipment, only to not have a team to play on.

"This year, baseball has been extra fun because last year, I couldn't play. It's been so exciting and thrilling," said Wyatt, who plays shortstop and second base. "The coaches have been supportive."

Hodgens said they have enjoyed having nicer restrooms and concessions.

"It's been so easy with the app for concessions," she said. "The fields were wonderful."

She said her husband is a dentist and watches all the updates about COVID-19.

"We had no concerns going into the season. We were really happy that they could engage with other kids after being out of school for a while," said Hodgens. "Knowing there are people on the board who care about the community is important to us."

At the very beginning of the season, a player on a U10 softball team tested positive for COVID-19. The whole team had to wait two more weeks to open the season.

"When everything starts up, there are always a few obstacles. But I think we're on the right track to build a strong sports league with a future of the youth program," said Kevin Stilwell, 12U softball coach and board member. "I think we've done a good job, especially during the coronavirus."

Those who register for TSL teams have to sign a liability waiver acknowledging the concerns during the pandemic, according to Dawson.

TSL acquired sanitizing spray from the Tahlequah Fire Department, and it is used on the bleachers, dugouts, and frequently used areas. Concession stand workers wear masks, and customers can limit interaction times by using the SnackMonkey app to order items.

One thing that has surprised Dawson is the way parents and the public have acted in terms of social distancing and wearing masks.

"There are not a whole lot of people taking extra precautions. They are naturally social distancing into their families and team groups," she said. "I see very little difference in how people are reacting. I don't want to say they're not concerned - I'm sure they are - but they're not going overboard on precautions. But we haven't had to preach to them to keep distancing; everyone seems to be taking it upon themselves."

Currently there are 12 TSL board members, and Dawson said they are in a "good place."

"We are always looking for volunteers. Coaching is a big thing. We're looking for flag football coaches and cheer coaches," said Dawson. "We're planning on having fall ball - baseball and softball - so we'll need more of those.

All coaches are volunteers, but umpires and referees are paid positions, and Dawson said the league needs relatively qualified people in those areas.

Dawson said the league has had a lot of inquiries about the upcoming season of U6-U12 flag football and cheerleading. Fall baseball and softball are also being offered for those ages. A player's age on Dec. 31 of the previous calendar year determines the age classification in which the player is eligible to participate.

"Our Facebook messenger is blowing up daily," she said. "The registration numbers are low. I think there's low enrollment because of COVID and all the uncertainty. Of course, there could be a lot of parents who are waiting until the last minute to register."

The league does not plan on offering tackle football, since there is already an established league in the area.

"We didn't want to compete with them or take away from them," said Dawson. "Some parents don't want their kids to play tackle, especially the little ones."

Cheer registration is $100, and includes cheer camp, uniform, shoes, socks, bow, and pom poms. The uniform and pom poms will remain the property of the league and will be returned at the end of season. Flag football costs $75 to play, and that includes an officially licensed NFL jersey, flags and pants. The season will start around the first week of September. Fall ball will cost $65 per player.

Registrations are done online at tahlequahsportsleague.com.

"We're excited to get this going. Sports in Tahlequah has suffered for a long time," said Stilwell.