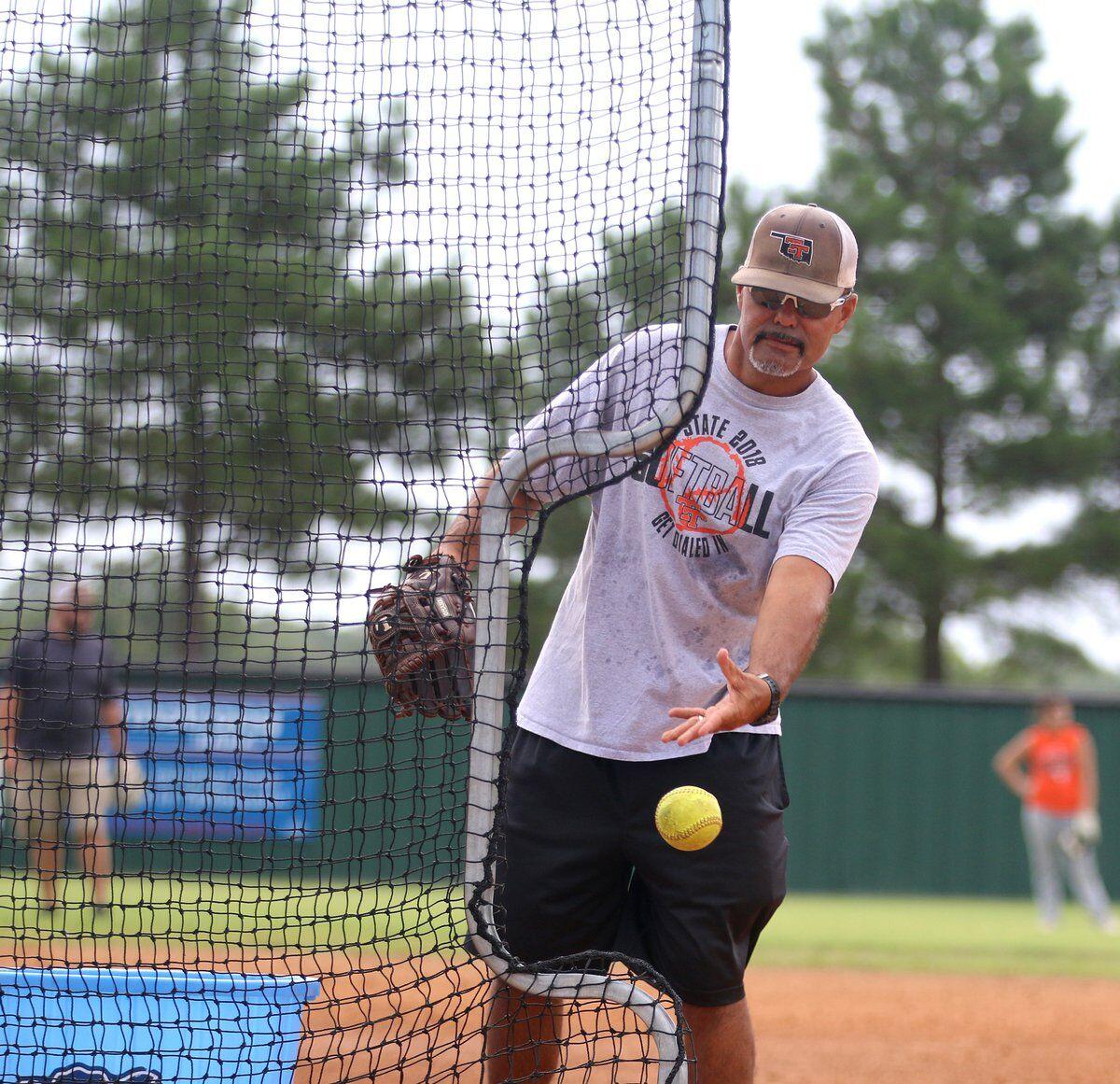 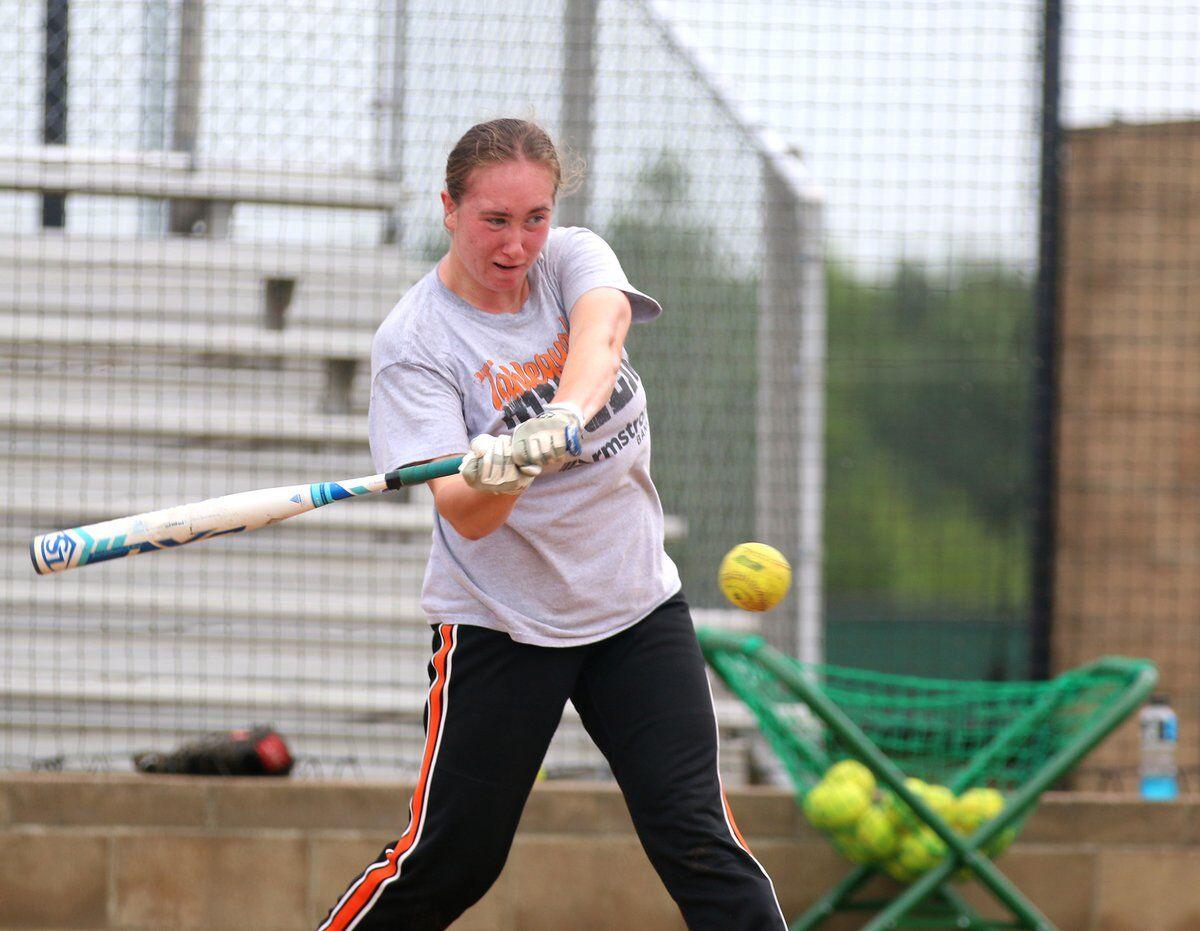 The Lady Tigers are scheduled to open their 2020 season on Aug. 10 when they host Sand Springs. They will have their first scrimmage on Tuesday, July 21, hosting Gore at 10 a.m.

Tahlequah, who returns a strong core from last year’s 22-18 team, will be trying to reach its fourth consecutive Class 5A State Tournament. The Lady Tigers went 11-1 in District 5A-4.

Wednesday was about getting back into a routine and fundamentals.

“I’m a routine guy, and now with us officially getting started practice, you can get back in that routine and you can provide that structure as far as teaching the game, practicing and getting kids used to that routine,” said Tahlequah head coach Chris Ray, who will be entering his third year. “Going over the fundamentals every day and going over situations, now you’re getting to cover a lot of things you couldn’t do during the summer with workouts and that kind of stuff.

“I guess the teaching component of it, I’m glad that’s back. I think the kids are actually glad to be back out on the field as well, trying to get back to some sense of normalcy.”

Ray likes the makeup of this year’s team, from the wealth of experienced players to the talented freshman group. The only loss is Oklahoma High School Fastpitch Softball Coaches Association All-State selection McKenna Wofford.

“I’m pleased with the group that we have,” Ray said. “There’s a lot of interchangeable pieces. I’ve got multiple kids that can play multiple positions. We’re going to be two and three deep at probably every position, and that’s always a positive. It gives you tons of options if you have to deal with injury or sickness, or whatever it may be. We’re just trying to get kids reps in a variety of positions where we foresee them being able to help the team.”

Danner will be this year’s big stick in the lineup and was the 5A-4 Offensive Player of the Year last season. She hit .448 with five home runs and drove in 42 runs as a junior. She added nine doubles, a pair of triples and had an on-base percentage of .543.

Hannah also hit over .400 with a .411 average and had an on-base percentage of .519. She led the team with four triples and was second in runs scored with 48.

In the pitcher’s circle, Jones led the team with 154 innings pitched. Jones had a 3.41 earned run average, collected 73 strikeouts and issued 20 walks. Jones had a 15-10 won-loss record and had 27 starts and appeared in 31 games.

Vann, who had a memorable outing from the circle in the regional championship game against Claremore by tossing a complete-game shutout, worked in 65 innings as a freshman. She finished with a 3.94 ERA, recorded 50 strikeouts and issued 18 walks. Vann had 11 starts and 17 appearances.

District 5A-4 First Team selections in 2019 were Jones, Vann, Allen and Wiggins. Hannah, Moreno, Enlow and Ray were each second team picks.

TAHLEQUAH [mdash] Graveside funeral services for James Smith, 73, of Tahlequah, will be 2:00 Wednesday Aug. 12, at the Fort Gibson National Cemetery, Ft Gibson, OK under the care of Green Country Funeral Home. Officiating will be Rev. D,J, Wulf. On line condolences may be expressed at tahleq…