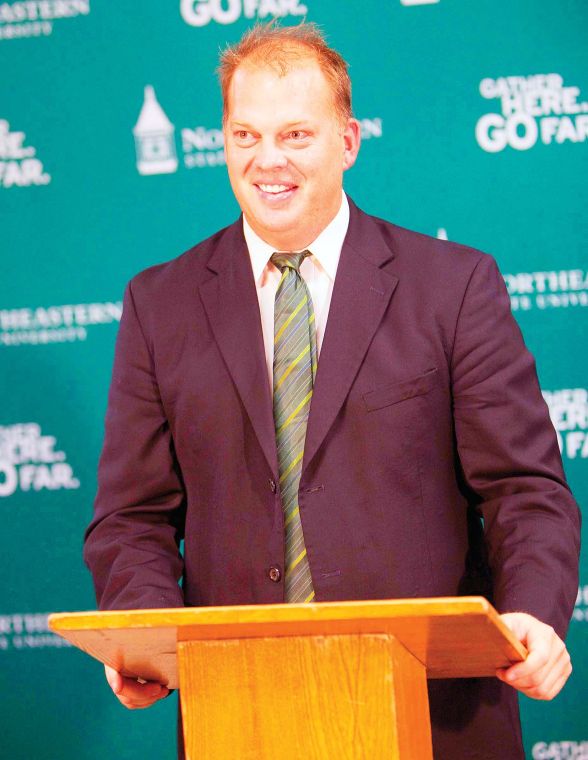 NSU Athletic Director Jeff Konya stands at the podium during Thursday’s announcement of NSU going to the MIAA. 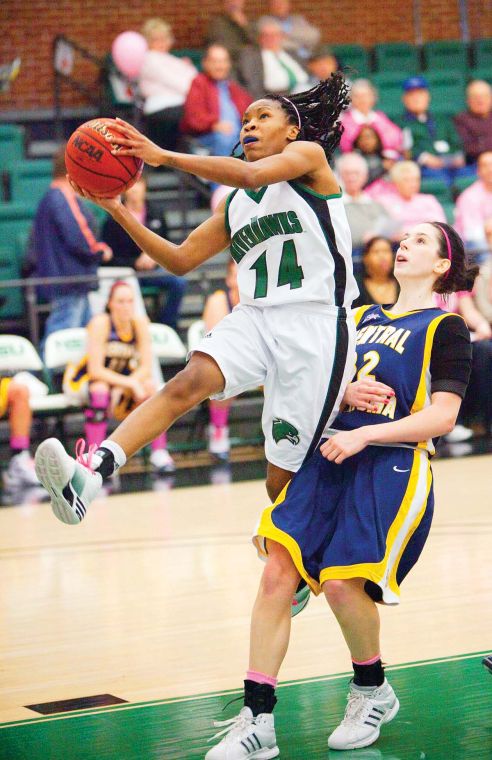 Jasmine Wright (14) and other NSU athletes will tenatively begin competition in the MIAA beginning in the 2012-2013 athletics season. Certain sports are subject to change.

NSU Athletic Director Jeff Konya stands at the podium during Thursday’s announcement of NSU going to the MIAA.

Jasmine Wright (14) and other NSU athletes will tenatively begin competition in the MIAA beginning in the 2012-2013 athletics season. Certain sports are subject to change.

Less than 24 hours after Northeastern State and Central Oklahoma said they would except an invitation to join the Mid-America Intercollegiate Athletics Association, the two schools notified the Lone Star Conference of their departure.

The RiverHawks and Bronchos told the league on Friday -- prior to the required deadline (Aug. 1) that's stated in the LSC Constitution, meaning the two schools will spend two more athletic seasons in the Lone Star Conference before joining the MIAA on July 1, 2012.

The departure of the two in-state rivals increases the number of Oklahoma schools leaving the LSC to five. On July 12, East Central, Southeastern Oklahoma and Southwestern Oklahoma said they were working to form a new league with six schools who left the Gulf South Conference.

Lone Star Conference Commissioner Stan Wagnon spoke out Friday, saying the league will remain in tact and will still strive to be on of the top-notch conferences in Division II.

"The Lone Star Conference was notified (Friday) that Northeastern State and the University of Central Oklahoma plan to withdraw from the league," Wagnon said in a statement issued by the league office. "Per LSC membership policy, the withdrawal shall become effective June 30, 2012.

"While this announcement reveals yet another change to the conference membership, the LSC has a core group of members with a shared vision and I look forward to continuing our quest to become the premier NCAA Division II conference."

However, a couple of LSC schools have been rumored to be researching options outside the conference. Cameron, located in Lawton, has been mentioned in talks with the Heartland Conference while Eastern New Mexico (in Portales) has been linked to the Rocky Mountain Conference.

While the move, "clearly stamps Northeastern State as a major player in collegiate athletics at the (Division II) level," according to Jeff Konya, NSU athletic director, the RiverHawks AD said the switch to the MIAA also was influenced by geography.

"This certainly creates a nice geographic footprint for us to operate," said Konya, who addressed select media members on Thursday afternoon.

While Wagnon said NSU's move would be effective in the summer of 2010, Konya had a somewhat different response.

"That is still a little bit up in the air," Konya said. "We still have some details to work out with the MIAA."

The MIAA, a Kansas City, Mo.-based league, will spread its reach into Oklahoma with the addition of NSU and UCO. The league already features schools in Kansas, Missouri, and Nebraska.

The RiverHawks, according to Konya, could potentially be playing in the MIAA as soon as 2011, depending on the sport.

"It could be as soon as 2011, or it could be as late as 2012," Konya said. "It just depends on what sports fit their model in their scheduling cycle."

Northeastern State will play a full slate of competition in the Lone Star Conference in 2010-2011. Football and both soccer teams will begin action the first week of September. The RiverHawks' football team will be at Tarleton State on Sept. 2, the women's soccer will host Missouri Southern on Sept. 3 and the men's soccer squad will be in Wichita Falls, Texas to play Colorado State-Pueblo on Sept. 10.