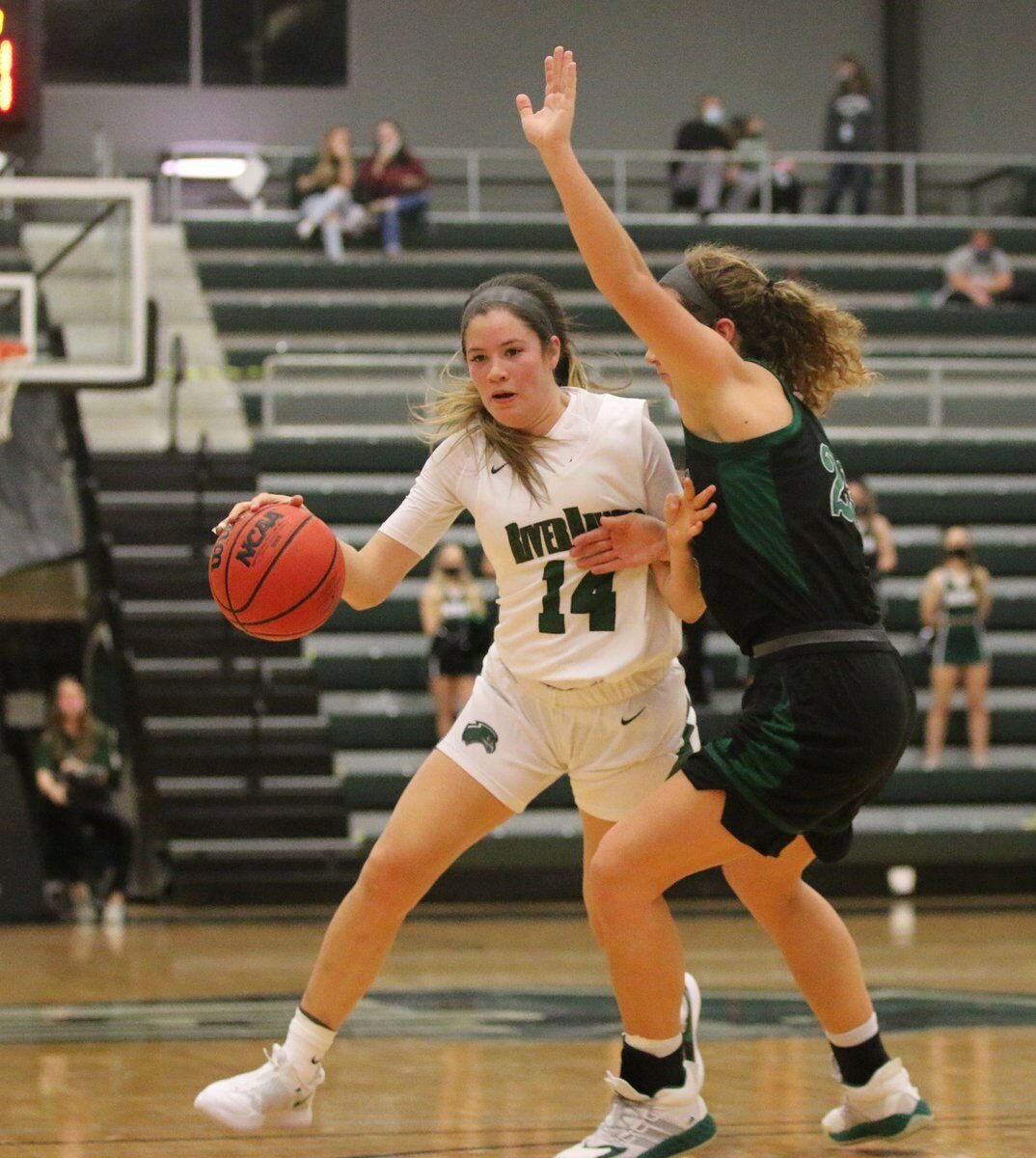 Northeastern State senior guard Cenia Hayes had a double-double with 20 points and 10 rebounds in the RiverHawks' 64-56 win over Northwest Missouri Thursday at the NSU Event Center. 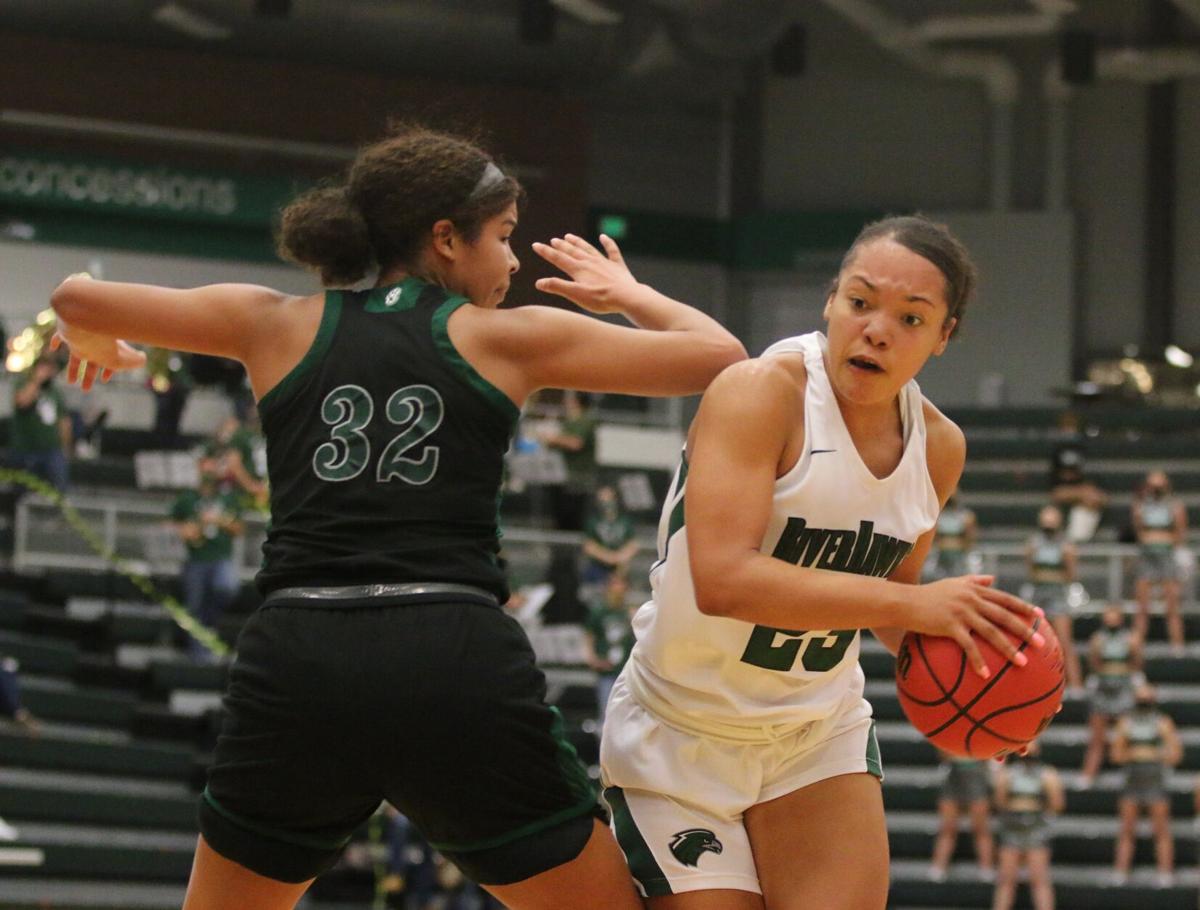 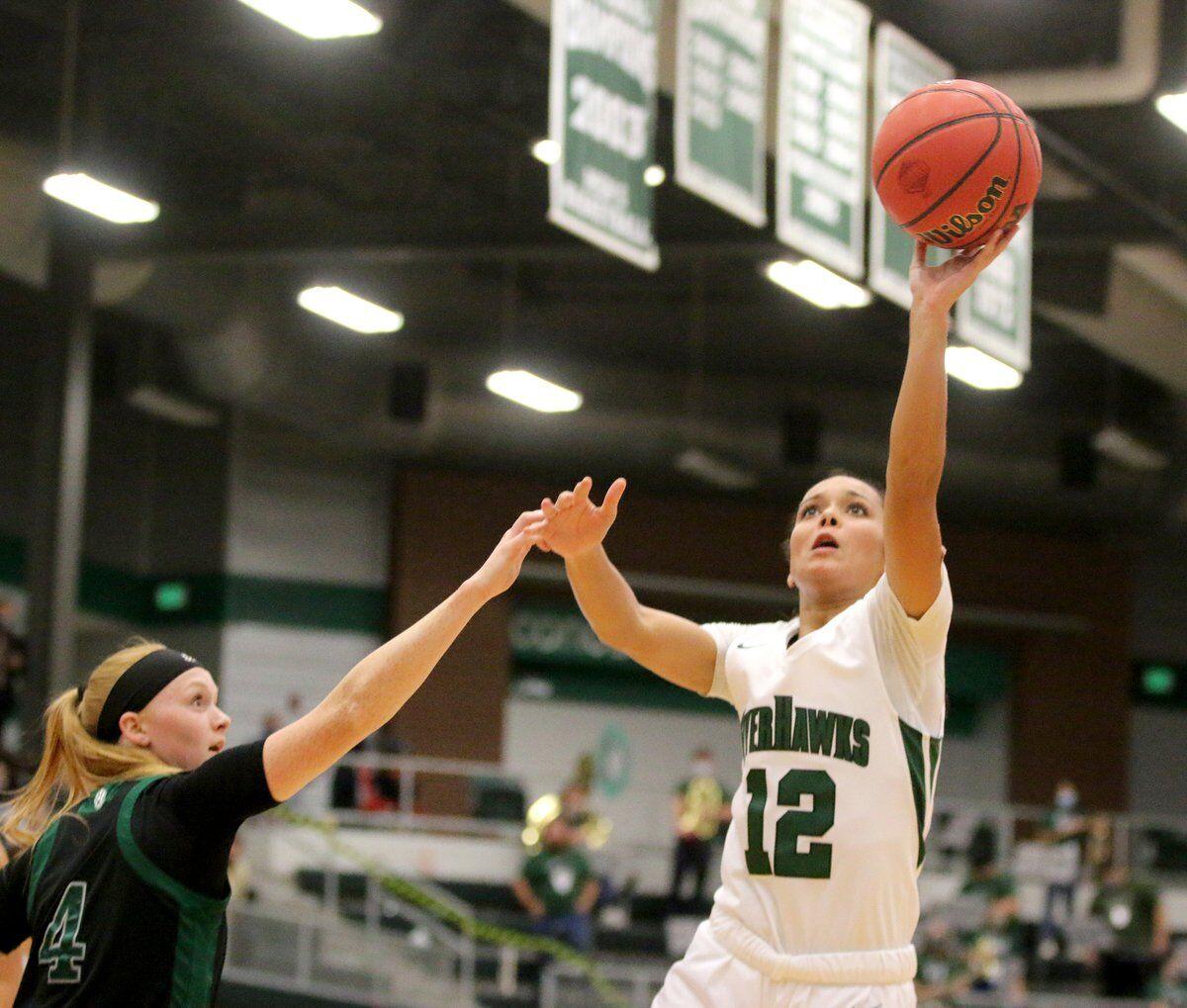 Northeastern State senior guard Cenia Hayes had a double-double with 20 points and 10 rebounds in the RiverHawks' 64-56 win over Northwest Missouri Thursday at the NSU Event Center.

Northeastern State scored 42 points in the paint and defeated Northwest Missouri, 64-56, Thursday at the NSU Event Center to win its first season opener since 2017.

“What a confidence builder to get started with the first W of the season,” NSU head coach Fala Bullock said. “It’s been a while since we’ve been able to do that, so I’m really proud of the group. What a gutsy win. We got in there and grinded out the last two minutes of the game. Really, the fourth quarter was a grind and we found ways to get in it, let them get close, get in it, let them get close. It was very reminiscent of last year’s team, but we found a way to grind it out.”

The RiverHawks, who were without starting guard Meagan Lee, never trailed over the final 8:03 of the fourth quarter following a Collins’ jumper that put them up 50-48. Collins’ basket was the start of a 6-0 run. Collins later added a pair of free throws, and Hayes had an offensive rebound and basket to give NSU a 54-48 lead with 6:29 remaining.

Senior guard Shae Sanchez, who also finished in double figures with 11 points, delivered the game’s biggest basket when she knocked down a 3-pointer with 41 seconds left to extend NSU’s lead to 63-56. It was the third and final 3 of the night for the RiverHawks, who attempted just seven shots from beyond the arc.

“We’ve got a couple of young ladies that can hit a 3...Cenia of course, and Shae. We shot seven 3s tonight and we were 3 for 7. That’s efficiency. We needed that, we want that. We’re proud that we’ve opened up another avenue to score. I thought [Northwest Missouri] did a really good job on Cenia and Shae in locking up on them and making it difficult for them to catch and shoot a 3.”

Collins, who played a game-high 37-plus minutes, gave the RiverHawks a third element to go along with Hayes and Sanchez, last year’s two leading scorers. She shot 8 of 15 overall and was 5 of 8 from the foul line. Collins also grabbed six rebounds and had one of NSU’s six steals.

“The inside play was crucial,” Bullock said. “Zaria stepped up in a big way. She had a great finish to last year and was really incredible against Emporia both times to finish the season. I think that has carried over. She’s a beast. She worked hard over the offseason, she lost some weight, she tightened up her body, she’s physically one of the fittest kids on our team. Tonight, she got to showcase to others the work she’s been putting in.”

“This whole preseason we’ve had a vision as a team, and we want to flip the stigma of Northeastern State University women’s basketball,” Collins said. “My performance today...I really wanted to showcase what I showed at the end of the season [last year]. I want my team to prosper and we want to go to the championship, and that’s what we’re working towards.”

Hayes, a Sequoyah High School product and NSU’s leading scorer over the past two seasons, shot 8 of 19 overall, 1 of 4 from 3-point territory and 3 of 3 from the free throw line. She also led with four assists and three steals.

“Cenia’s an awesome player,” Bullock said. “She was all over the place. She was posting up, she was shooting the 3, she was putting it on the ground, she was getting to the free throw line. She’s the triple threat. She can do it all, and she defends. She had a hard task tonight...bringing down the ball, scoring points, and she had to defend the other team’s best player.”

“It was a team effort,” Hayes said. “I could not have done it without my teammates. The screens, the backdoors, getting me open, getting it to me on the inside...it was a whole team effort. I give all the credit to my teammates for this win.”

NSU shot 46.4 percent overall from the floor and was 9 of 13 from the free throw line. The RiverHawks outrebounded the Bearcats, 32-26, and forced 16 turnovers. Sophomore forward Britney Ho ended with nine points, and junior guard Morgan Lee finished with two points.

“We had contributions from every position,” Bullock said. “Everybody stepped up and filled their roles. It’s great, a great way to start the season, and great to do it at home in front of our crowd. It was a great crowd, considering everything. There was a lot of energy in the gym and I thought our players created some plays to create that energy. This is what we wanted. We’ve been working really hard to get to this point. We’ve got it started and now we want to keep it going.”

Northwest Missouri, led by Molly Hartnett’s 22 points and nine rebounds, shot 49 percent overall and was 6 of 18 from 3-point range.

The RiverHawks will remain home Saturday when they host Missouri Western in a 1 p.m. tipoff.