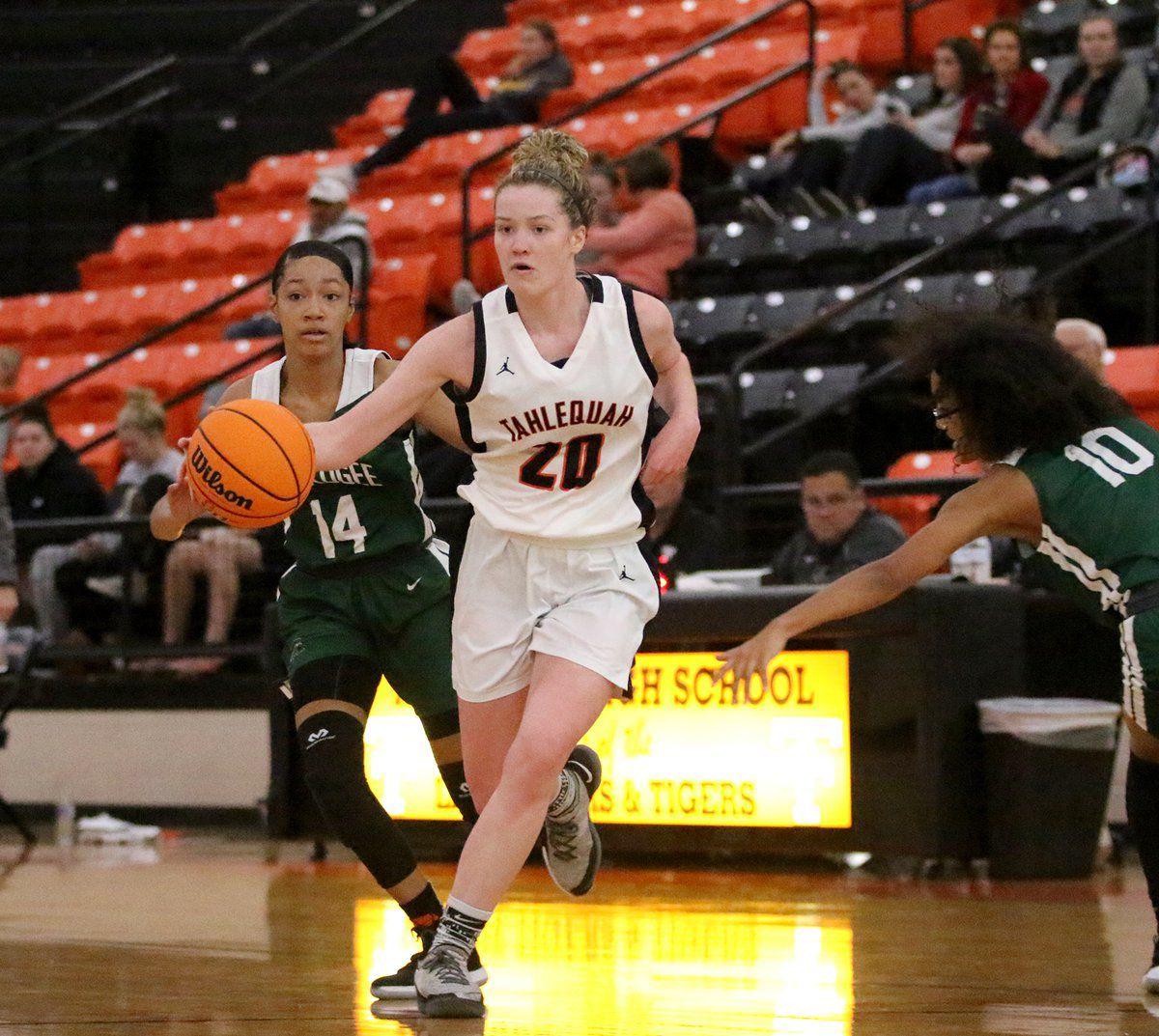 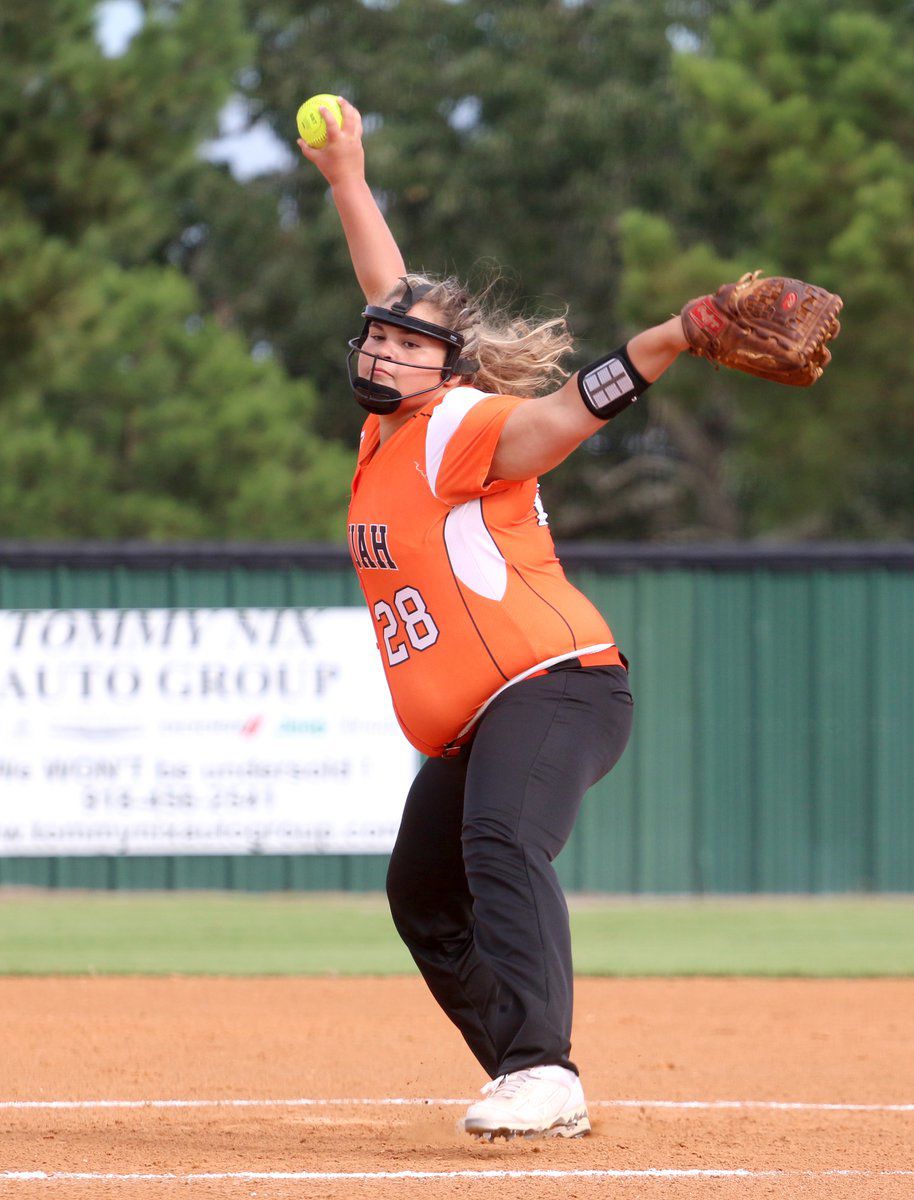 Tahlequah's Bailey Jones will be one of four seniors for the Lady Tigers in 2020.

Tahlequah's Bailey Jones will be one of four seniors for the Lady Tigers in 2020.

Tahlequah basketball and softball players wrapped up their first week of summer workouts on Thursday.

Structure and a normal way of life have returned for coaches and athletes, who are recovering from a three-month pause due to the COVID-19 pandemic.

“I like structure and I think kids thrive in a structured situation,” Tahlequah softball head coach Chris Ray said. “There’s certain things you want to get accomplished every day. You show up and you’ve pretty much got different goals and objectives for each day, each week or each workout. The kids like that structure as well too. I just kinda sat back and listened the last couple of days to the kids’ comments to one another about how they had so much fun today and they’re so thankful to be back. Being able to do things as a group, it kind of reinforces things that I’ve always known. Kids crave that structure and they perform better in a structured environment.

“It’s just nice to get to interact with people again. By nature, we’re social creatures and we like interacting with people. Under the current situation we’ve just got to be careful and maintain our social distancing.”

Bailey Jones and Betty Danner, two of four seniors on the softball team, said they feel a stronger togetherness after just a few days of time with teammates.

“I just missed the girls,” Jones said. “Being back in a routine has helped everybody I feel like. We missed each other so much that our bond has built stronger.”

“Just the few days that we’ve been back, I feel like the bond is there,” Danner said. “I feel like we’ve connected really well.”

Jones and Danner played big roles in helping the Lady Tigers to a 22-18 overall record and a trip to the Class 5A State Tournament last season.

Danner was second on team in hitting with a .448 batting average last year. She was also second in home runs (five), RBIs (42) and on-base percentage (.543).

As a junior, Jones posted a 3.41 earned run average over a team-high 154 innings pitched. She had a 15-10 won-loss record and finished with 73 strikeouts while issuing 20 walks.

They both missed out on spring sports. Jones missed an entire slowpitch season, and Danner a complete season of tennis.

“Just the structure of it and getting back in the gym, being with each other rather than working on your own is a big difference,” Springwater said. “You don’t really have that person right next to you, pushing you when you’re on your own. Getting back on the court, getting shots up in a gym that truly feels like home, is a lot of fun.”

Springwater led the team in scoring last season, averaging 12.4 points. She averaged a team-high 6.6 rebounds, shot 47 percent overall from the floor and a team-best 45.2 percent from 3-point territory.

The Lady Tigers went 19-7 overall and 10-4 in the Metro Lakes Conference last season and advanced to a Class 5A State Tournament that was never played.

The interruption by COVID-19 remains bitter for Fishinghawk and Springwater.

“I don’t think that’s something you can just forget about,” Fishinghawk said. “You can move past it, but we felt like it was kind of our year. We were really hoping to go all the way and we’re confident.”

“Not everybody gets to go, so it’s kind of a big deal,” Springwater said. “I definitely feel like we’ve got a shot at it this year, again.”

Tahlequah has advanced to the state tournament in three of the last four years under head coach David Qualls.

“For me, and I think all of our coaches as well, it’s just good to see everybody, especially where we left off, winning an area championship and being the highest of high and feeling good about your state tournament draw to getting it taken away and then you don’t see the girls for three months,” Qualls said. “That part has been tough. But today, and even Monday starting with tryouts, it’s been good to see their faces. You send out virtual workouts, but it’s just not the same as getting to see them in person.”