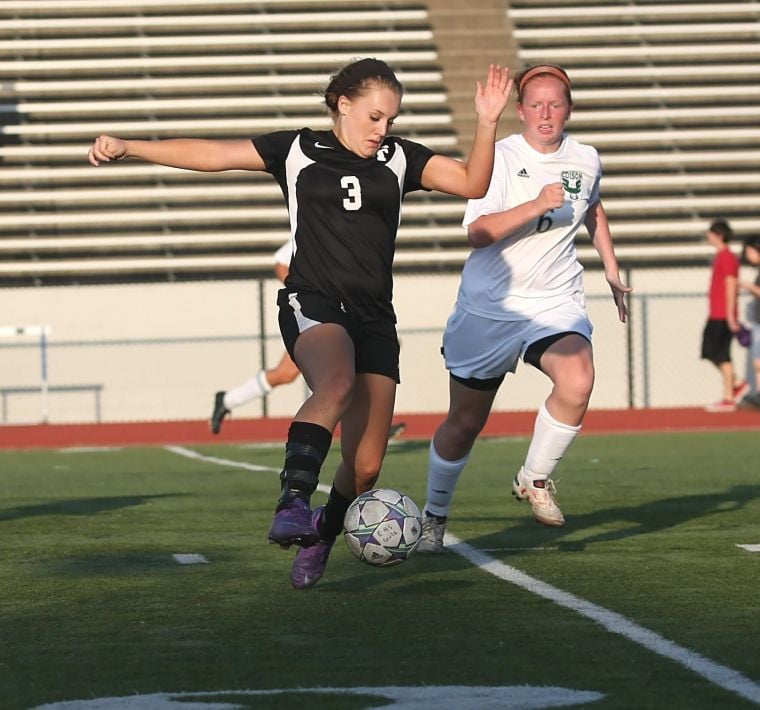 Tahlequah's Hunter Elam tries to control the ball during the Lady Tigers' 6-1 loss against Edison on Tuesday. 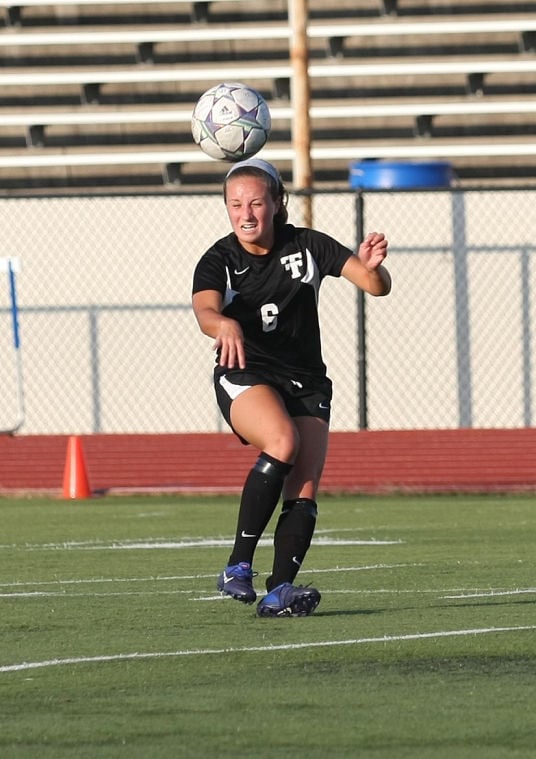 Tahlequah's Madison Carey attempts a header during the Lady Tigers' 6-1 loss at Edison on Tuesday.

Tahlequah's Hunter Elam tries to control the ball during the Lady Tigers' 6-1 loss against Edison on Tuesday.

Tahlequah's Madison Carey attempts a header during the Lady Tigers' 6-1 loss at Edison on Tuesday.

TULSA — Senior forward Madison Carey scored a goal for Tahlequah with 13:38 left in the first half of Tuesday’s Class 5A girls high school soccer playoff game with Tulsa Edison.

What Carey and the Lady Tigers didn’t know at the time is that would be the Lady Tigers’ only goal as the Lady Eagles had six-goal barrage in the second half in taking the 6-1 victory at LaFortune Stadium.

Tahlequah had seven shots on goal in the first half, but the Lady Tigers didn’t have any in the second half. Coach Greg Hall’s team ended the season at 8-5.

“We had a few chances before we scored. I was praying that I would finish it,” Carey said. “It barely crossed the line. It was our greatest moment of the night.”

The celebration for Carey and Tahlequah was short-lived.

“I think we had some technical problems with our formation,” Carey said. “We didn’t make the adjustments that we needed to make. I think the seniors and I have changed the program for the better. I think you learn from your mistakes and hopefully the younger girls on our team will see what we did wrong and learn from that next year. Hopefully, they can do better than we did and keep going.”

The Lady Eagles got on the board just 43 seconds into the second half when freshman midfielder Sara Clarke found the net to tie the game at 1-1.

“It snowballed us but Edison has been a quality team all year,” Hall said. “They played well and deserved to win. We just gave up too many shots in the second half. The second half was quite a contrast of the first half for us. We held our composure for a little  bit, but when they scored early, that hurt us.”

King and Clarke had two assists each on goals, while Annie Kallay and Andrea Craddock had one each.

Tahlequah played the game without starters Skylar Marlow, Marissa Bravo and Seria Silkey. Marlow suffered a knee injury early in the second half with the score tied at 1-1.

“That’s not an excuse. We just gave up shots,” Hall said. “We were quite capable of winning, but we just didn’t get the job done.”