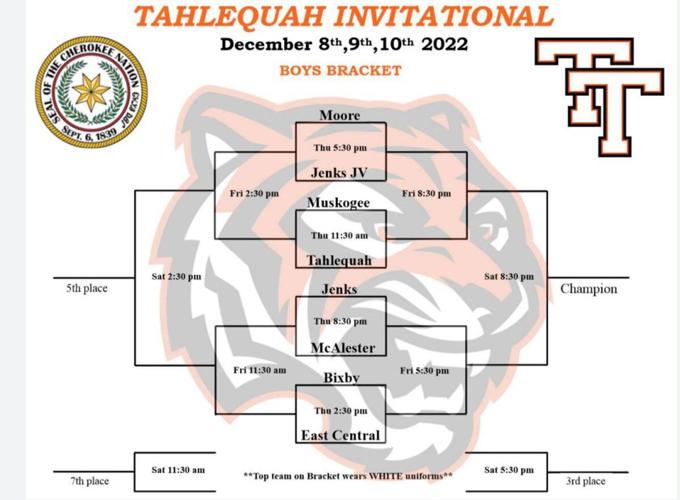 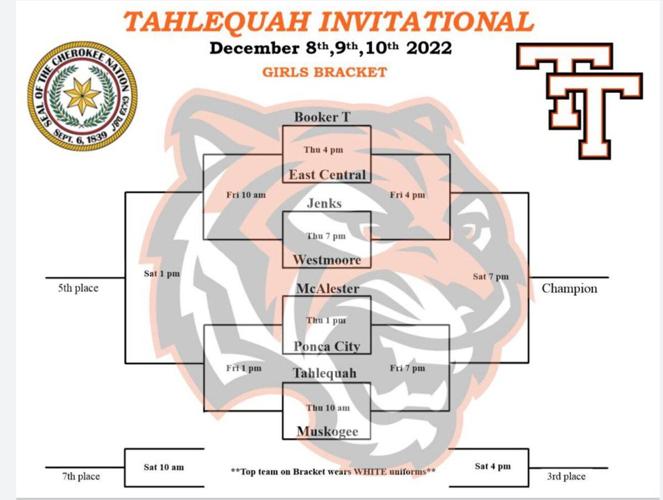 On Dec. 8 at 10 a.m. the Tahlequah Multipurpose Activity Center will explode with noise from a packed house full of screaming students, who are out of class for the Ninth Annual Tahlequah CNB Invitational Tournament.

"It's what we do every year," said Tahlequah Athletic Director Matt Cloud. "Our girls play the 10 a.m. game, followed by our boys at 11:30, and the students are excited about getting out of class to fill the gym, and it's a packed house."

Throughout the years, it's become a very competitive tournament, he said. Teams come from all over Oklahoma, including Ponca City and Moore from the north and west, and McAlester from the south.

The boys' bracket includes Moore, Jenks Junior Varsity, Muskogee, Jenks, McAlester, Bixby, East Central, and Tahlequah. Cloud said most of those teams had been a part of the tournament for several years.

Tournaments, such as the Tahlequah Tournament, mean a lot to the hosting athletic department, but there's another benefit many don't think about.

"When we have a tournament like this where we have teams from Ponca City, Moore, and McAlester, those teams come here, spend at least two nights, sometimes three, eat three meals a day, and not all at the same place," said Cloud, "So it really means a lot to the community, too. It's a real shot in the arm for the community. Some want to go eat at Sam and Ella's, some want to go to Fish's BBQ, it's very, very beneficial to the community."

He said the only bad part of tournaments like this has actually pretty well gone away, but that a few years ago when COVID-19 was thing, sometimes a team would go home after the first day, then he'd have to scramble to find a replacement on the fly.

"It's going to be really fun," said Cloud. "It's always fun to have something like this just before Christmas break. We have had it in the past where the tournament actually ushered in Christmas Break, but this year, we still have about a week and a half. But, I guarantee it's going to be a lot of fun."

The Tahlequah Lady Tigers will get the tournament rolling when they play Muskogee at 10 a.m. on Thursday, Dec. 8. The Tigers will take on Muskogee immediately afterwards at approximately 11:30 a.m.