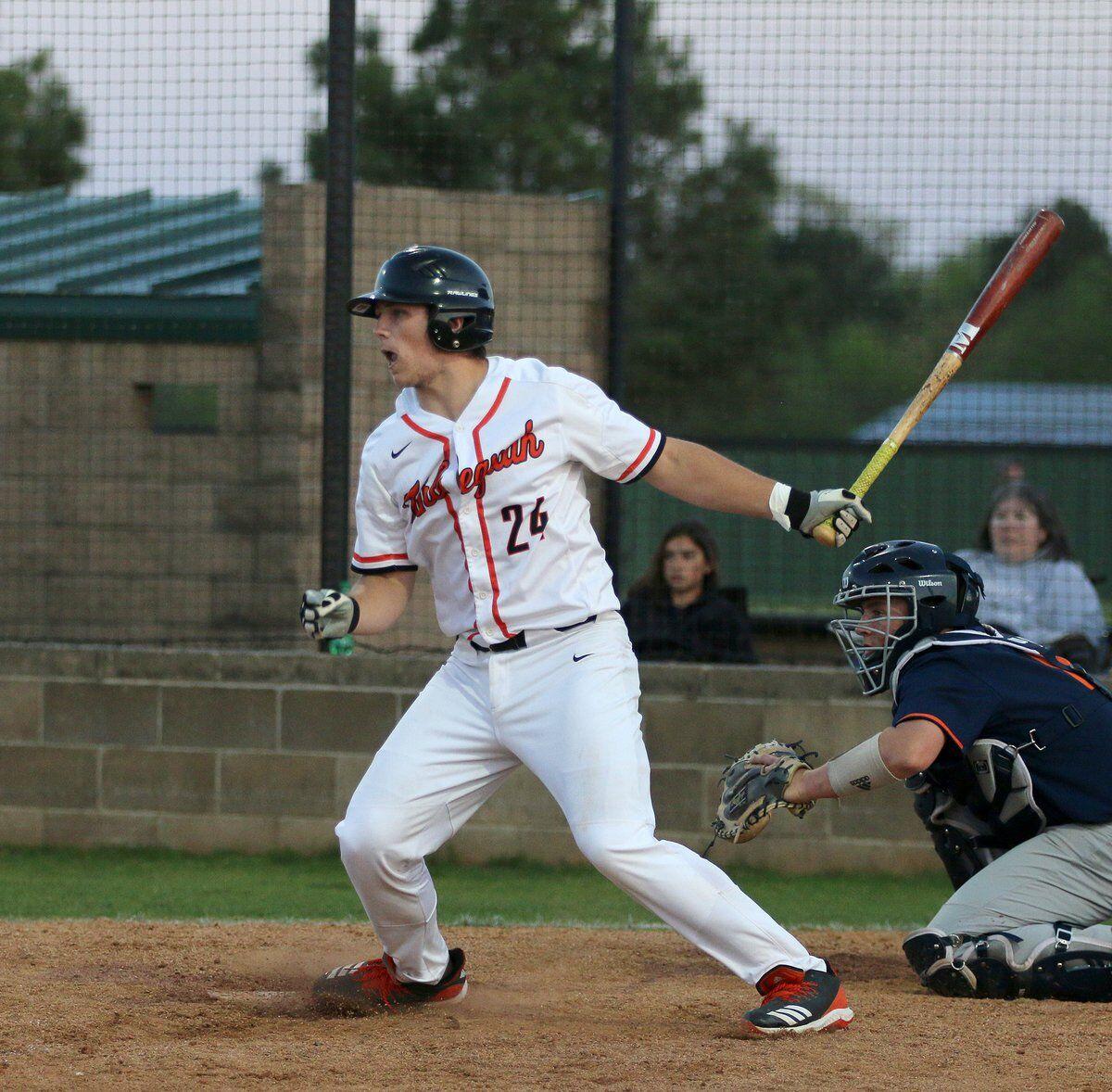 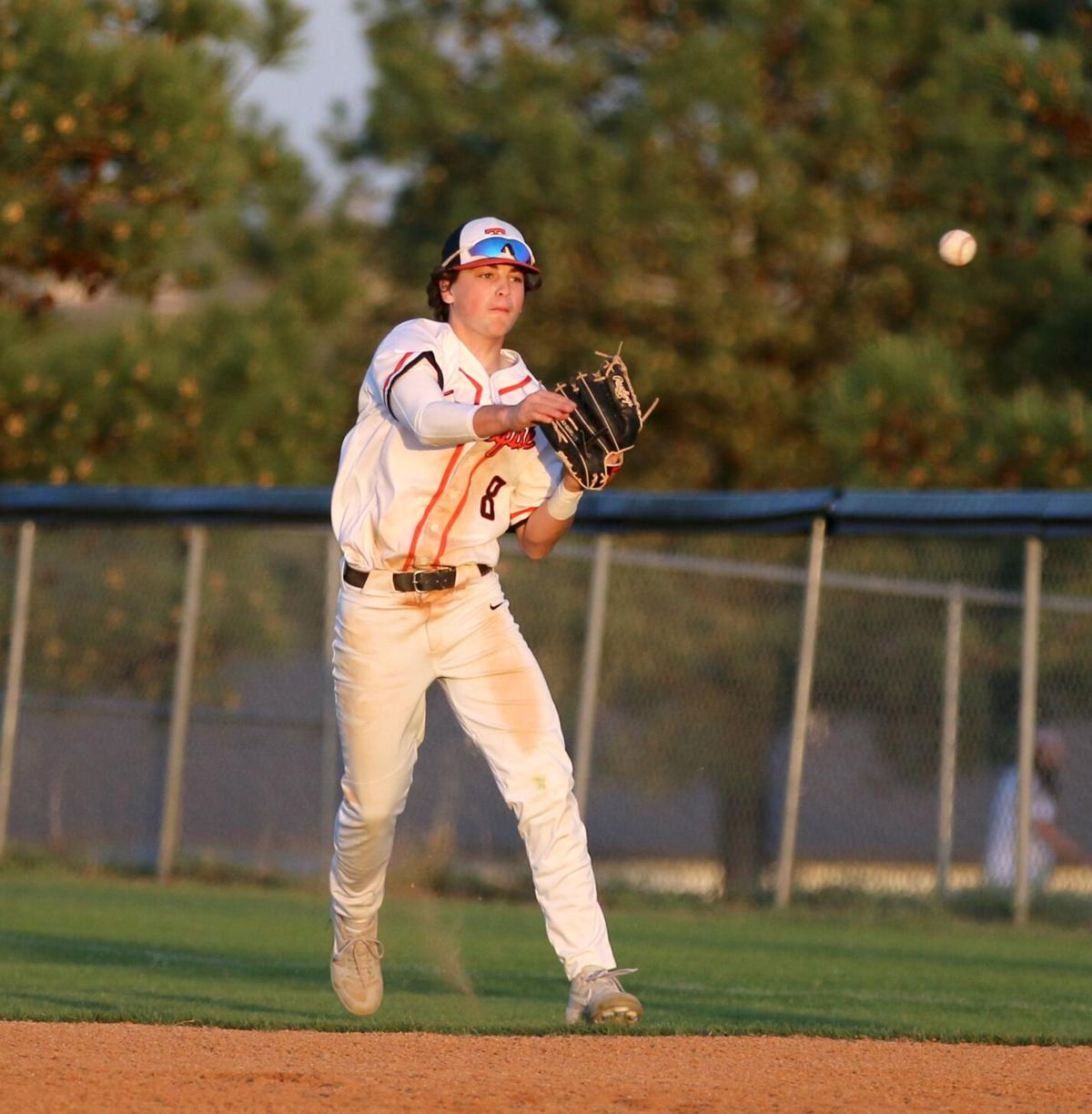 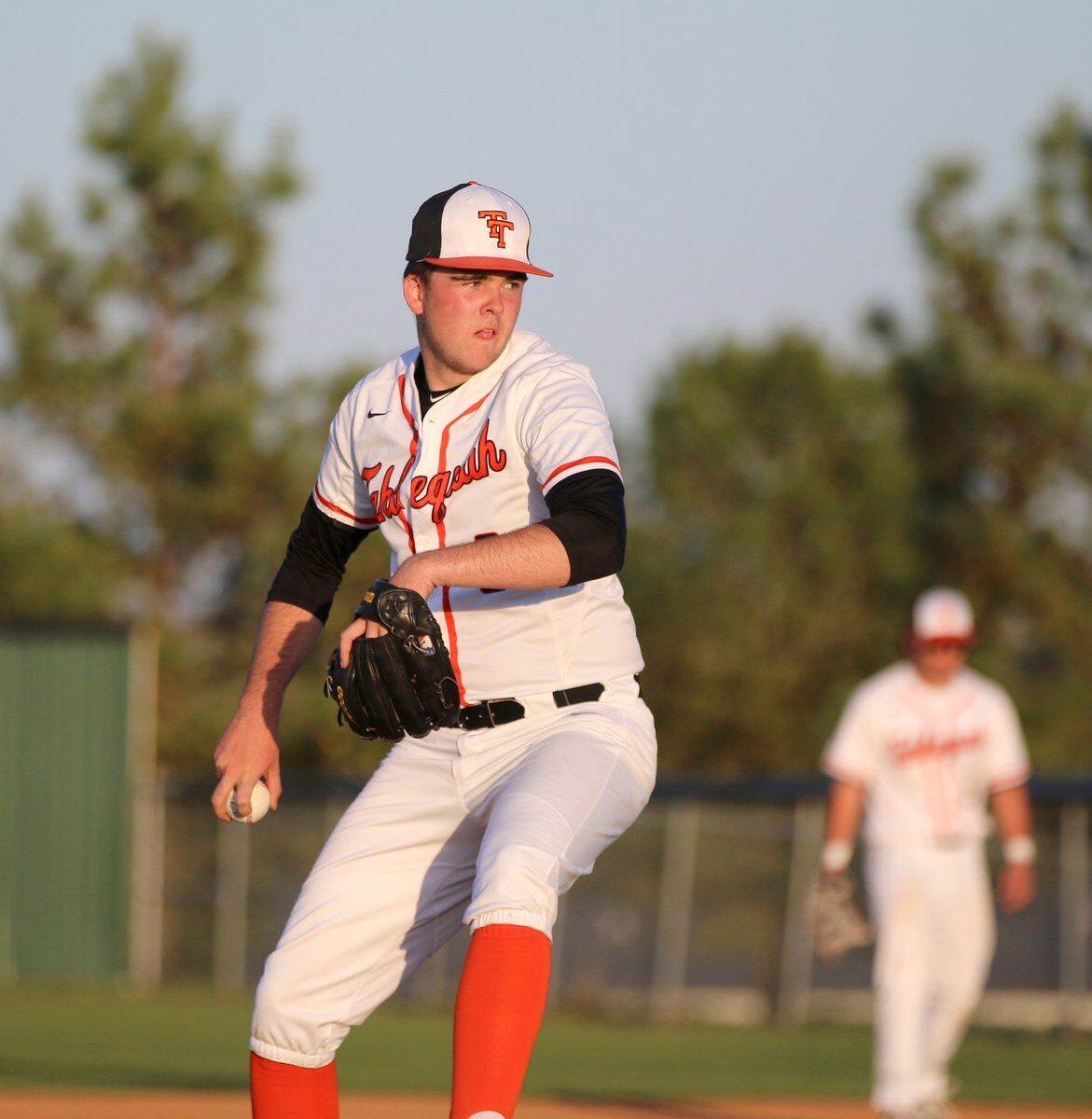 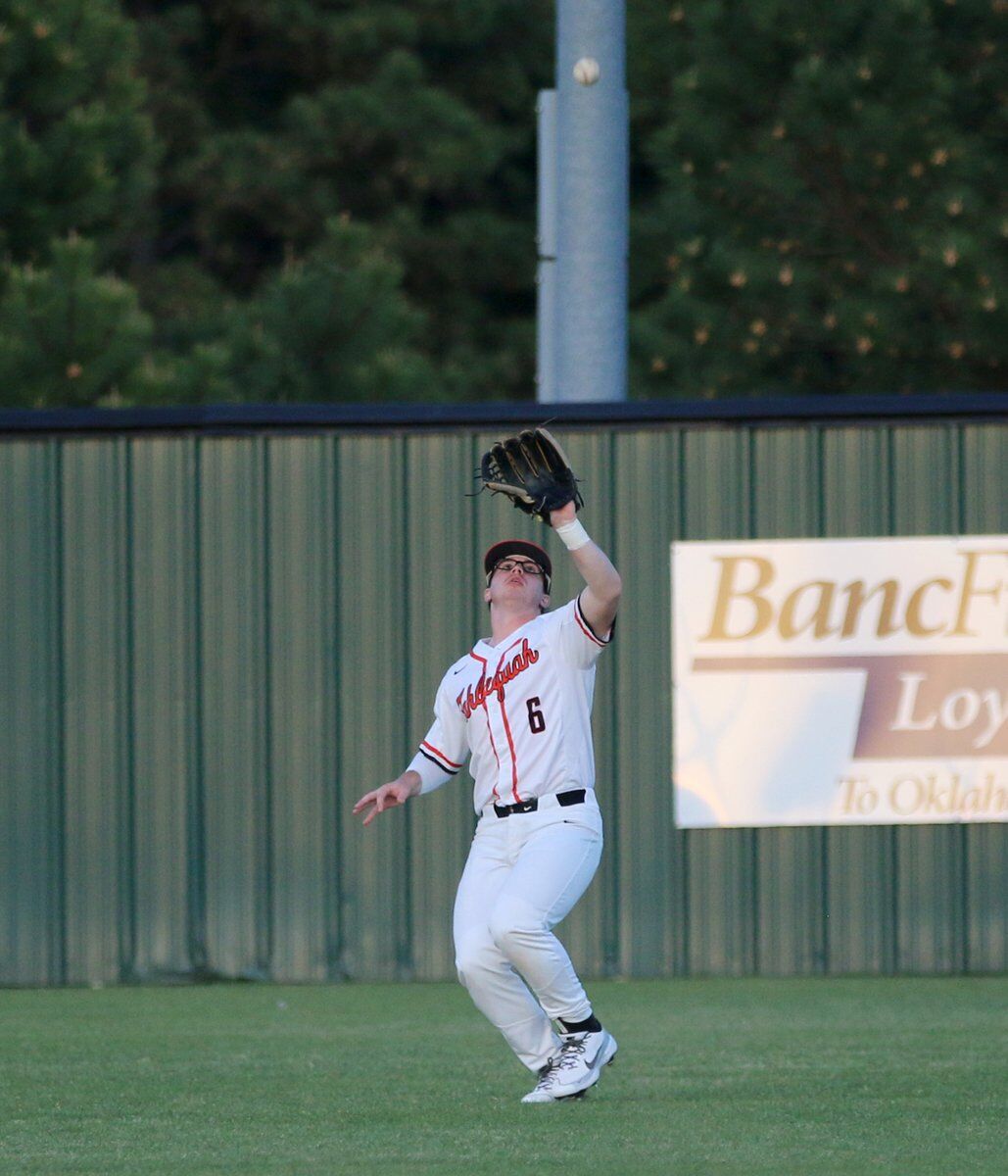 Tahlequah was in prime position for comeback win against Rogers Heritage (Arkansas) Thursday on the opening day of the CP Bats Wood Bat Classic in Tahlequah.

The Tigers rallied from a four-run deficit with a five-run fifth inning and needed just one out to put a nail in the coffin. But Rogers Heritage staged a rally of its own, scoring twice on an error in the seventh to post a 6-5 win.

Brody Bouher, who committed the miscue in left field, gave Tahlequah hope in the home-half of the seventh by reaching on an infield single with two outs, but Tanner Christian flied out to left to end the contest.

The Tigers, who fell to 9-10 under head coach Bret Bouher, committed four errors behind the pitching of Christian and Shaw Thornton.

Thornton got Tahlequah even in the fifth when he singled to left field on a 2-2 pitch and drove in both Christian and Luke Chaffin. Tyler Joice started the scoring after leading off the inning with a walk and later crossing home plate on an error. Caleb Davis cut Rogers' lead in half with an RBI single to score Bouher, and Bradley Pruitt gave the Tigers a 5-4 lead after getting hit by a pitch with the bases loaded to score Davis.

Bouher led the Tigers' lineup with a pair of hits. Joice, Davis and Thornton each had one hit.

In a starting role, Christian gave up three earned runs in three innings. Christian had five strikeouts and walked one batter.

The Tigers left 13 runners on base. They had the bases full with no outs in the sixth, but Thornton and Dylan Leep both went down on strikes, and Jacob Morrison grounded out to shortstop to end a scoring threat.

Tahlequah continues play in the classic Friday when it takes on Bartlesville in a 4 p.m. start in Coweta. The Tigers will face Coweta at 4 p.m. Saturday.