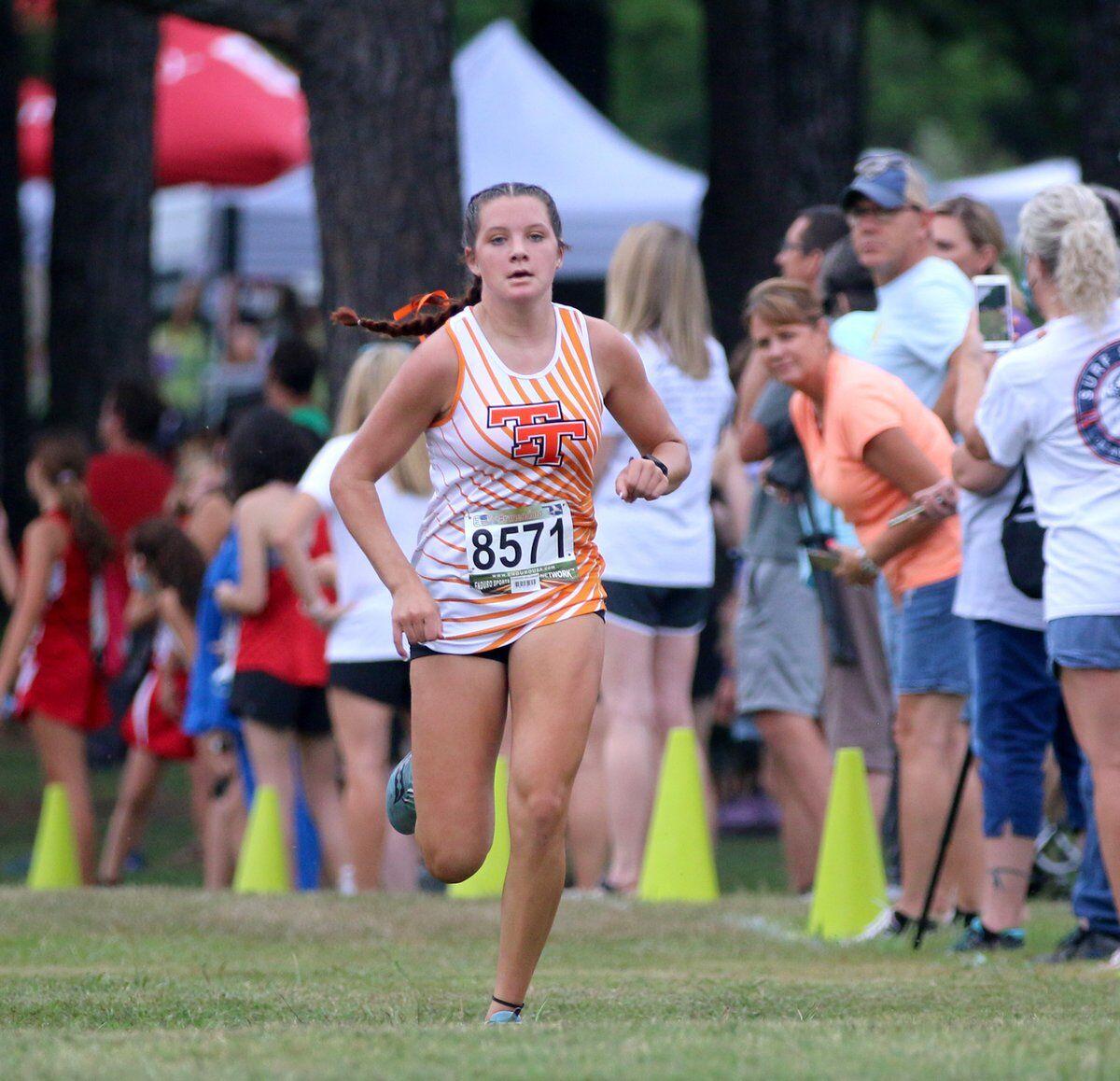 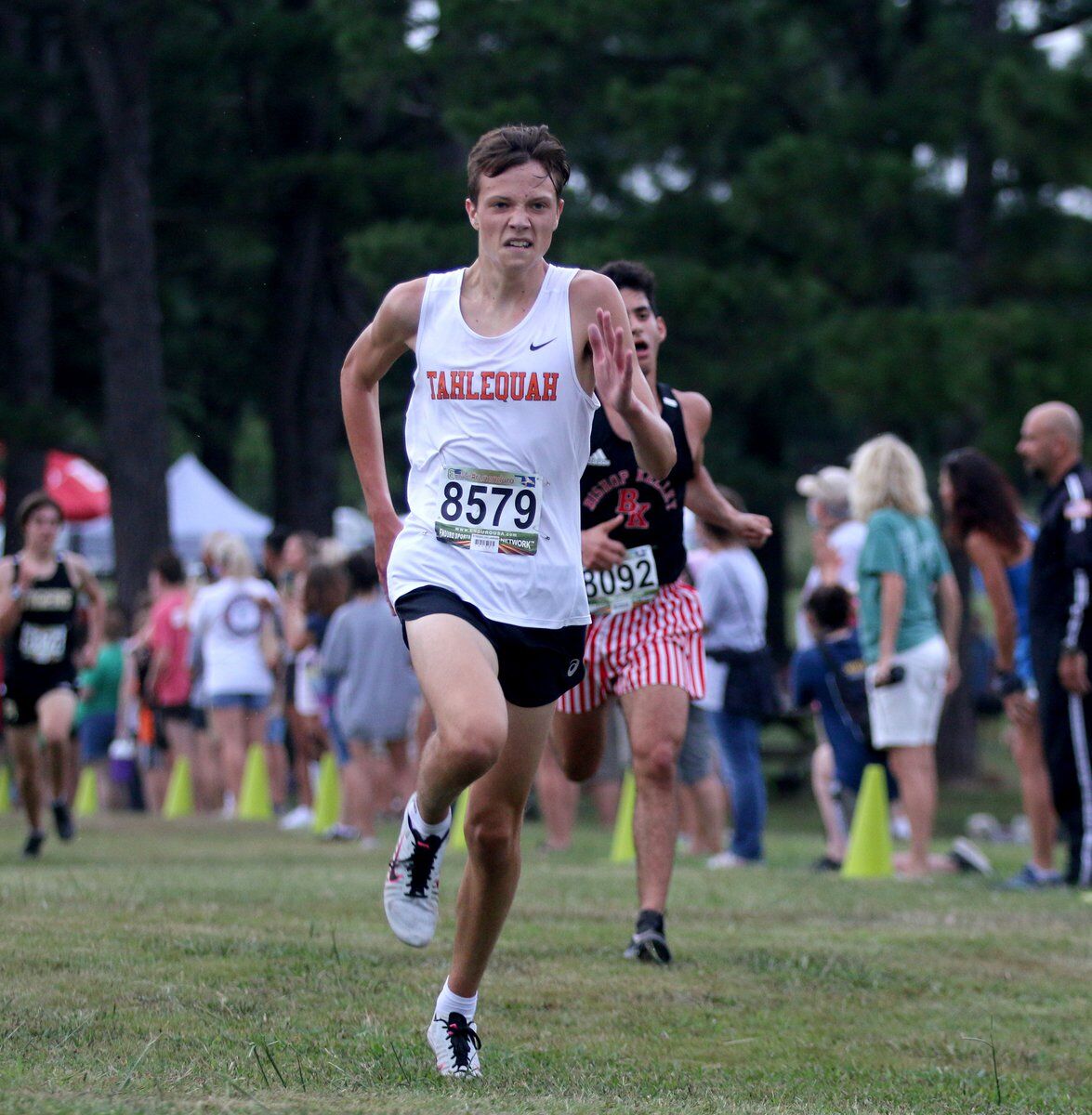 Tahlequah had four runners place in the top 10, and the Tigers claimed a Tahlequah Early Tiger Cross Country Invitational championship for a second straight year on Thursday in their first run of the season.

The Tigers ended with 44 points in the team standings, finishing ahead of Bishop Kelley. Seventy-nine runners competed in the 4K event.

“It’s a great way to start,” Tahlequah head coach David Spears said. “The guys have really put in good work this summer...great leadership. ‘Fast’ Eddie Barnes has been a great leader, and we have an ex-athlete that’s at the University of Kansas right now, Joshua Dick, who’s had a lot to do with the success we’ve had. He’s worked with those kids, he’s been a champion before and he knows what to do. He’s kind of like a big brother to them. You’ve got to credit the guys that are working hard and being consistent. I’ve had six or seven guys every day up here at 6 a.m., Monday through Thursday, since June 8.”

Freshman Trae Baker led Tahlequah with a fourth-place finish in the first varsity run of his career, closing with a 13:11.05. Fort Gibson senior Caden Goss won the individual title, running a 12:45.48. Also finishing in front of Baker were Broken Arrow’s Blake Feron (12:48.73) and Grove’s Jackson Kernan (13:05.51).

“He’ll come into his own as the season goes,” Spears said of his freshman. “This was his first race as a varsity athlete, and really his first race since he ran track back in the spring as an eighth grader. He’s a competitor, he’s got good speed and he’s gotten better with every practice. He’s an easy kid to coach, and I think he just enjoys what he does.”

The Tigers also took seventh, eighth and ninth in the individual standings. Senior Eddie Barnes was seventh with a time of 13:17.93, junior Eric Burns followed in eighth at 13:21.46, and junior Jack McKee was ninth, closing with a 13:24.08.

“We’ve got to do 5K from here on out,” Spears said. “There’s just a lot of tough competition coming up in Broken Arrow, but it will make us better. Every week, we’ve got to stay focused and keep our eye on the prize.”

The Lady Tigers also had a freshman shine as McKenna Hood finished third overall, posting a time of 15:32.93. Hood was coming off a second-place finish in the Field Run Festival (5K) at Edmond Deer Creek High School where she ran a 19:34.33 last week.

“She hasn’t lost to a 5A runner yet in the two races she’s run,” Lady Tigers’ head coach Elzy Miller said. “McKenna was tremendous today.”

Joining Hood in the top 10 for the Lady Tigers was junior Lily Couch, who finished sixth with a result of 16:14.21. Couch was 50 seconds better than her time last year at the Early Tiger where she finished 12th overall.

Bixby junior Cayden Dawson won the individual championship with a time of 14:38.22, and Broken Arrow junior Payton Hinkle was right in front of Hood, closing with a 15:16.28.