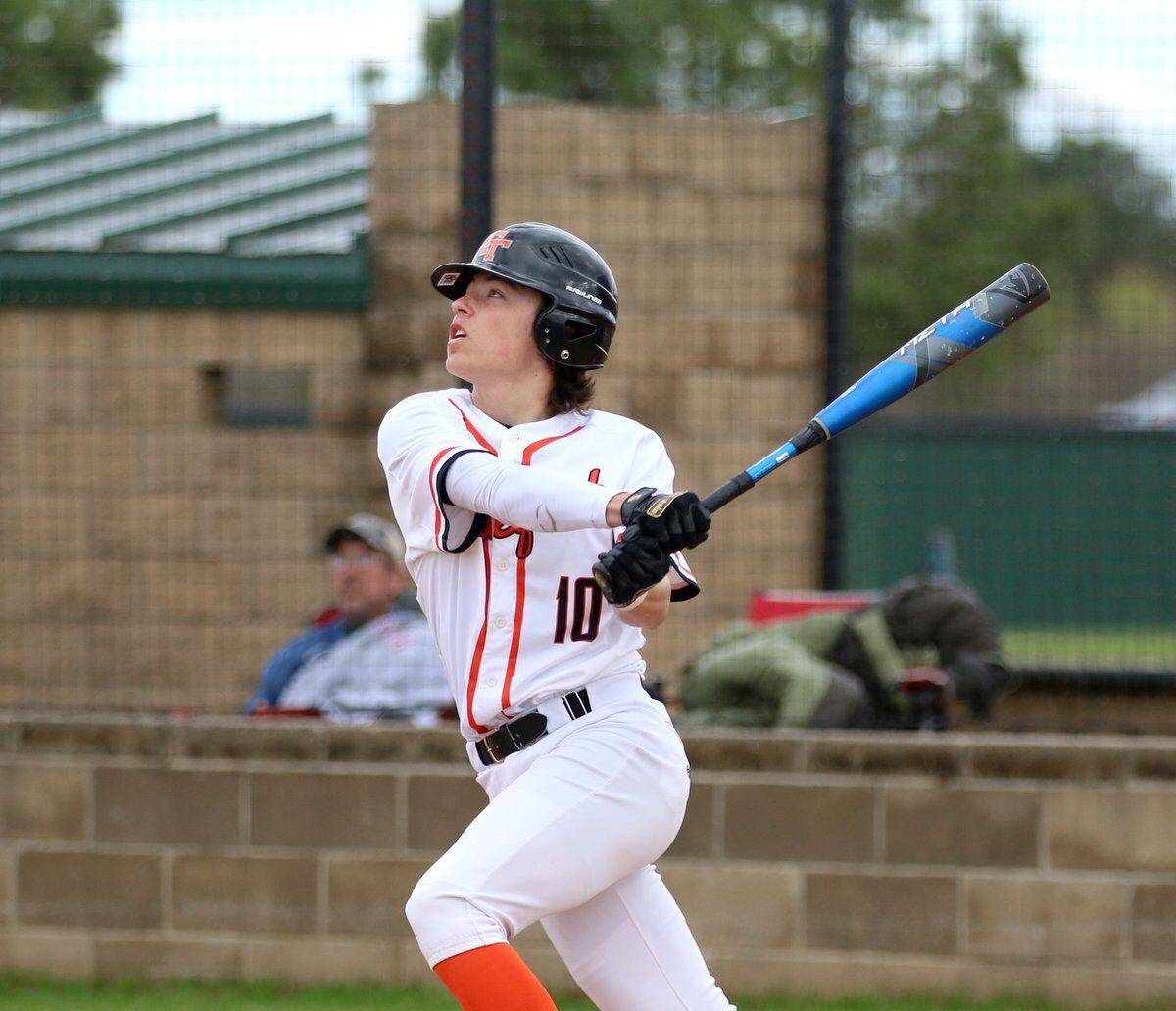 Tahlequah's Race Stopp watches as he sends a fly ball to the outfield Tuesday against Skiatook. 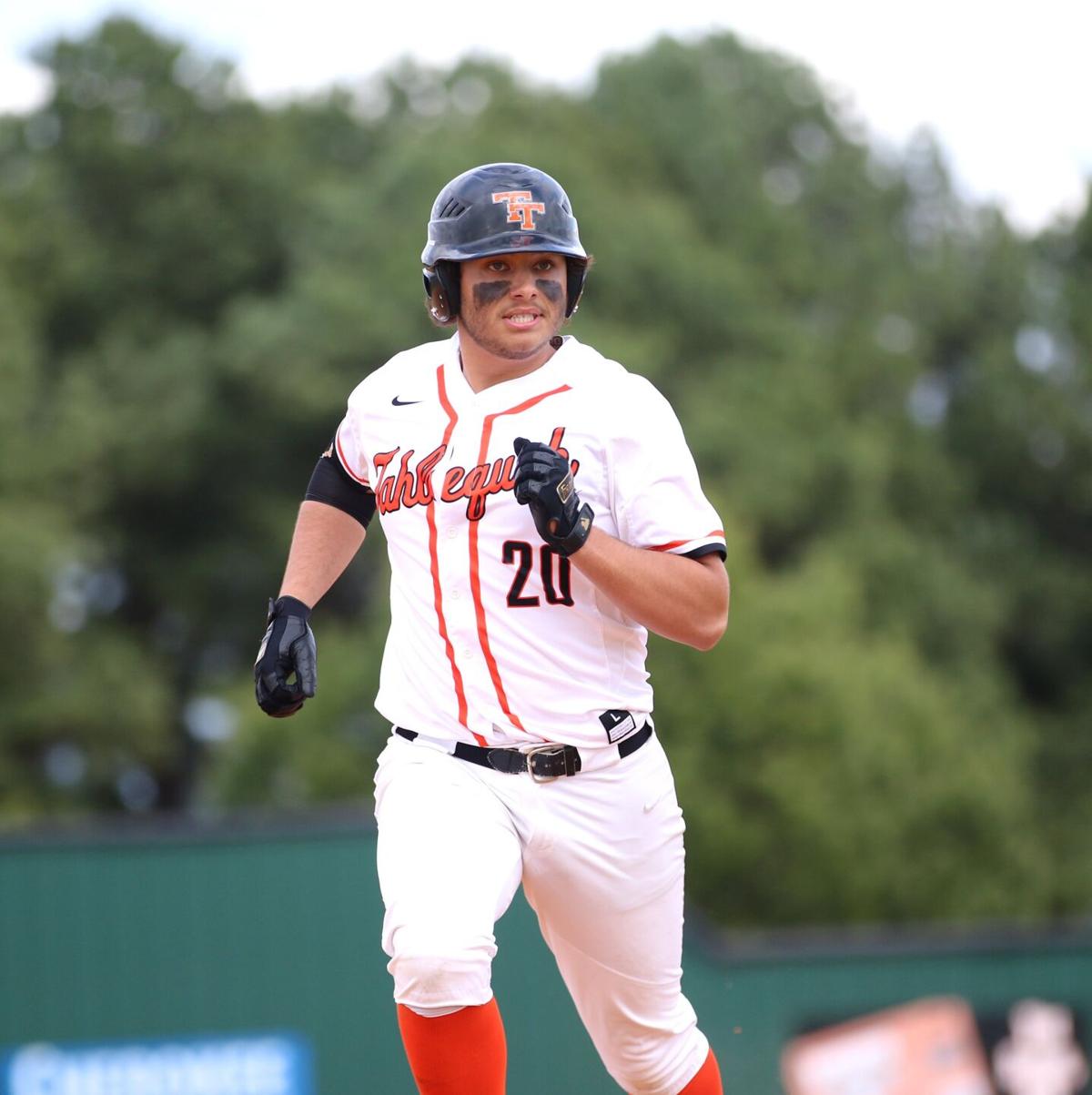 Tahlequah's Caleb Davis had two hits and drove in three runs in the Tigers' 11-4 loss to Skiatook Tuesday.

Tahlequah's Race Stopp watches as he sends a fly ball to the outfield Tuesday against Skiatook.

Tahlequah's Caleb Davis had two hits and drove in three runs in the Tigers' 11-4 loss to Skiatook Tuesday.

Clayton Casillas delivered a clutch walk-off double to left field that drove in a pair of runs and propelled Skiatook to a 6-5 win over Tahlequah in the nightcap of a doubleheader Tuesday in Tahlequah.

The Bulldogs, who also took Tuesday’s opener, 11-4, scored five runs in the home-half of the seventh inning to overcome a four-run deficit.

The Tigers, who fell to 3-5 overall and 1-3 in District 5A-4 under head coach Bret Bouher, scored four of their runs in the sixth to take a 4-1 lead. Bradley Pruitt brought home Dylan Leep after reaching on a fielder’s choice to give THS a three-run lead, and Shaw Thornton drove in Caleb Davis to make it 3-1.

Tahlequah added an insurance run in the seventh on a Thornton RBI single that scored Tanner Christian.

As the starting pitcher, Davis gave up four earned runs on seven hits in six-plus innings. Davis, who tallied eight strikeouts and issued a pair of walks, allowed three of his earned runs in the seventh. Eli Gibson faced three batters in relief and gave up the double to Casillas.

The Bulldogs collected 15 hits in the opener, led by three hits each from Porter and Hunter Hall. Landon Cornett and Kreder both finished with two hits and drove in two runs apiece. Hall doubled and tripled and knocked in one run.

Tahlequah, who had a team-high two hits and three RBIs from Davis, got even at 4-4 with a three-run fifth before Skiatook scored seven unanswered runs over the sixth and seventh innings. Davis highlighted the fifth with a two-run single to right field that scored Parker Lane and Bouher.

Porter gave up three earned runs on four hits and picked up a complete-game win for the Bulldogs. Porter struck out four and walked four.