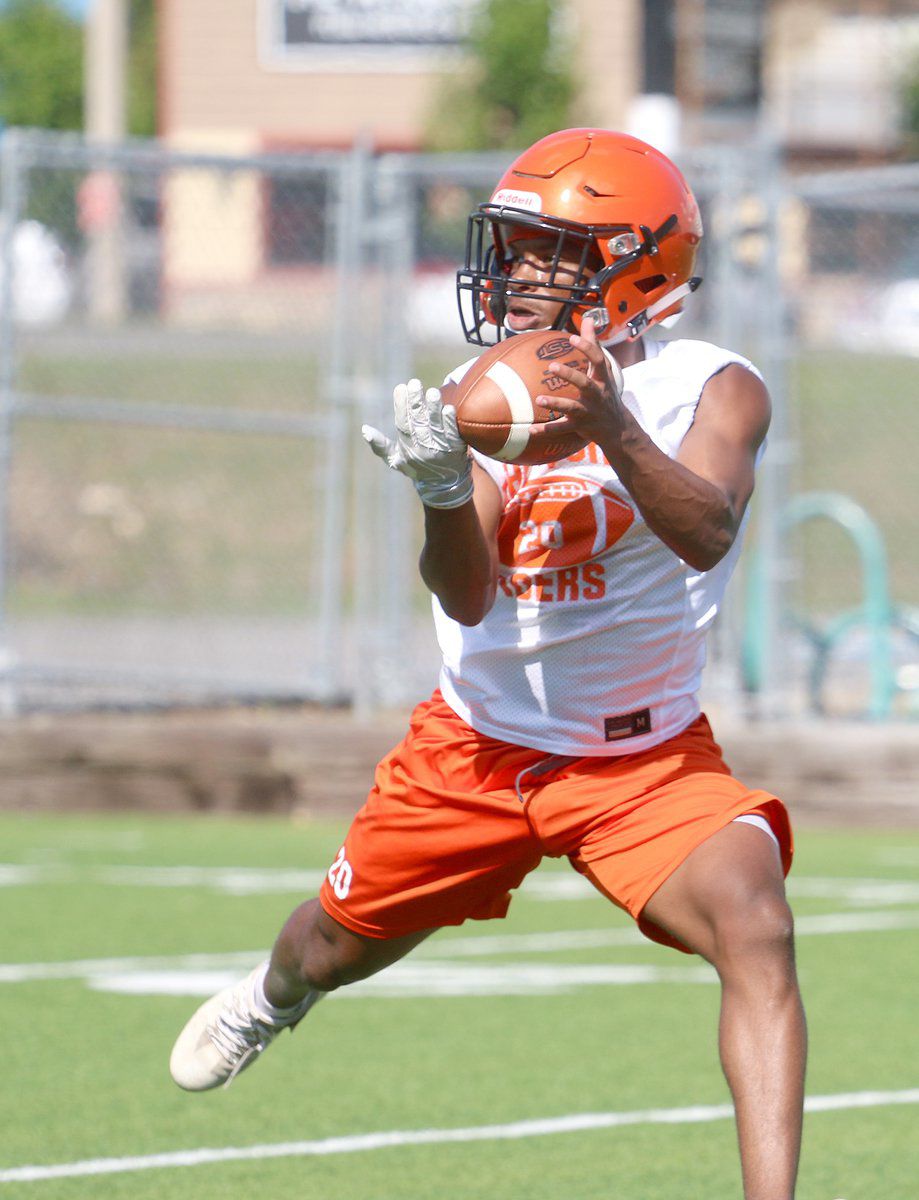 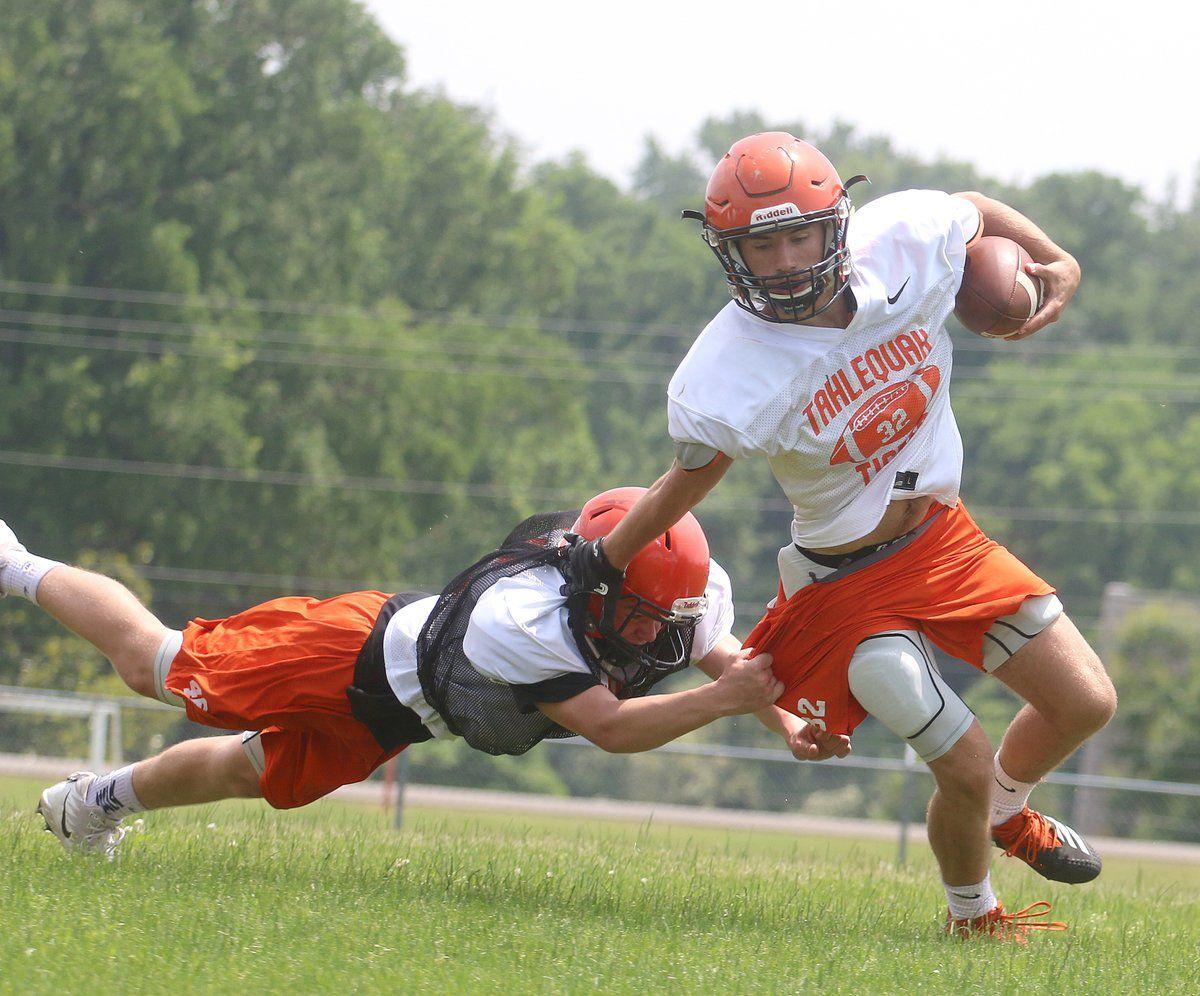 He’s the focal point of the offense and has magical big-play ability.

He’s the school’s single-season rushing king. He set the mark last season as a junior with 1,586 yards and averaged a healthy 7.5 yards per carry.

Leathers twice rushed for 200 yards or better, including a career-high 295 yards against Coweta a week following a 200-yard performance against Sallisaw. Only twice did he not reach 100 yards and in one of those games he left after sustaining an injury on his only carry.

He can run the length of the field on any given play.

He can make defenders miss.

He also proved last year he can be durable, averaging just under 20 carries per game.

“Dae Dae brings a lot to the table,” Tahlequah head coach Brad Gilbert said. “Everybody saw his production last year. He just brings an element that a lot of football teams don’t have. He has gotten even faster in the offseason so we’re excited to see how that translates on the football field. His quickness, his lateral movement is as good as there is.

“He also didn’t turn the ball over last year. He had just one fumble. When you think of those things and with what you’re looking for in a guy that carries the football, you’re looking for a guy that won’t turn the football over and one that can make big plays. Those two things separate him from a lot of people. We think his production will only be even better than last year.”

It’s hard to imagine Leathers being any better than he was in what was his first full season as a starter.

But Gilbert pointed out some finer details where he thinks his standout will be improved and be even more of a well-rounded player.

“With every carry he got better last year,” Gilbert said. “Now, he has a better understanding of who he is and what he’s good at. He’s got a better understanding of our schemes — how to run the zone play, how to hit certain holes or certain gaps within certain schemes. He does a really good job, and he’s really worked on becoming a better receiver. I think you’re going to see elements of that in his game this year, more so than you did last year.”

The big question is what comes behind Leathers.

The Tigers leaned on him heavily in 2018.

Carson Ferguson was the primary choice behind Leathers and provided solid depth. Ferguson rushed 54 times for 259 yards and six touchdowns.

“Carson’s had a great offseason,” Gilbert said. “He’s another year in the program, another year older, another year where he’s had the opportunity to mature and get stronger, and so we think he’s going to be a good compliment to Dae Dae. I think you’ll see Carson a little more than what you saw last year because we’re going to try to take a few of the reps away from Dae Dae early in the year, so we’ve got to have another guy there and that’s where Carson fits into the fold.”

The new guy on the block will be Kobey Baker when he’s not lined up in the slot and catching passes.

Baker will fill what was Simon Escalera’s role in 2018 as the No. 3 guy. Escalera rushed 20 times for 140 yards in his final season.

Baker, who like Leathers can be very elusive in the open field, rushed for 55 yards on eight attempts as a sophomore. As a receiver, he had 28 catches for 445 yards and three touchdowns, one of which that went for 80 yards.

“We’re going to play Kobey some at tailback and give him the football,” Gilbert said. “He’s a guy that we know needs to touch the ball anywhere from five to 10 times a game. He brings a lot of big-play ability too. We’ve worked him some there this offseason.”