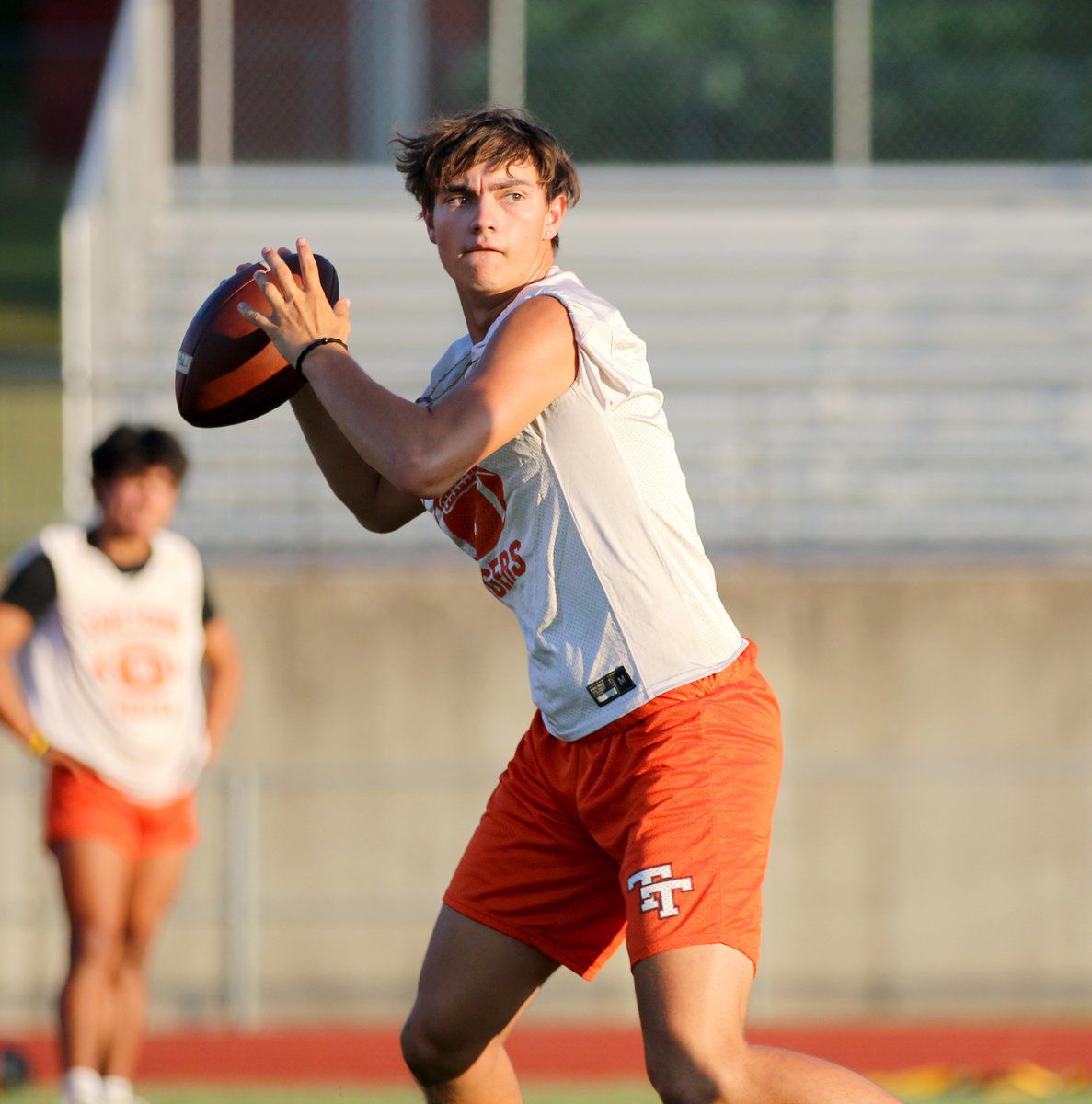 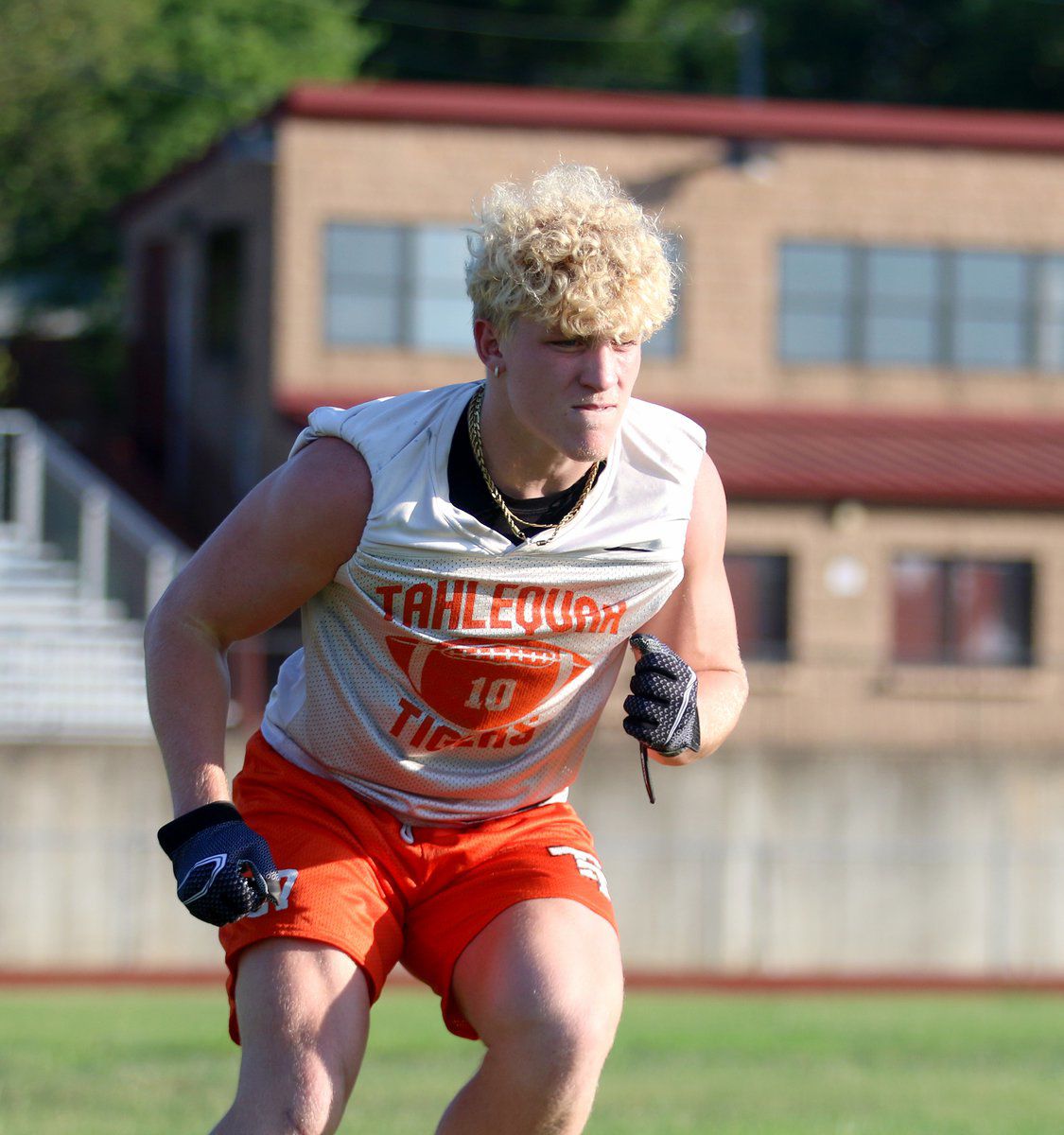 The Tigers, who missed five days of spring drills, a two-day Claremore Team Camp and three sessions of the Muskogee Passing League due to the COVID-19 pandemic, held their first on-the-field workouts at Tahlequah High School.

Tahlequah, who started summer conditioning in the weightroom on June 15, is coming off a 9-2 season under head coach Brad Gilbert. The Tigers claimed their first district championship in nearly three decades.

“It’s always good to see these guys,” Gilbert said. “Obviously we haven’t been able to do something for a while now and we’ve got a lot of young and experienced guys but a lot of veteran guys returning. It’s good to see the mix and you see those who’ve been with us and who’s ahead. They understand what we’re doing and there’s those that are learning. We’ve got a good group and we’re excited about who we’ve got coming back and the new faces being added. We’ve got a lot of work to be done, but we’re excited with where we’re at.”

Tyler Joice and Hunter Smith are the primary candidates in a battle to replace Christian at quarterback. Smith appeared in five games last year as a junior and completed 7 of 15 passes for 97 yards with one touchdown.

“Both of them are very inexperienced,” Gilbert said of Joice and Smith. “Both of them have very little if any varsity experience. They’ve got a good opportunity and it’s going to be a good competitive battle. They both want to be the guy and they’re both intelligent. They’re willing to be coached hard and handle the responsibility that comes with the position. I think that’s as important as anything because there’s a lot of responsibility, a lot of blame and a lot of praise that comes with being a quarterback.”

Baker is the most productive returning performer on the offensive side of the ball. Baker led Tahlequah with 29 receptions and posted 333 receiving yards, 60 rushing yards and four total touchdowns as a junior last year. As a defensive back, he recorded 51 tackles and logged two interceptions.

Leathers, Quezada and Ferguson will provide the backbone of the defense.

At defensive back, Leathers was third on the team with 78 tackles and led with three interceptions. At linebacker, Quezada registered 95 total tackles, six tackles for losses and two quarterback sacks. Ferguson, also a linebacker, totaled 47 tackles, 10 of those for losses, and five sacks.

The Tigers begin fall camp on Aug. 10 and open the season against Tulsa McLain on Sept. 4 at Doc Wadley Stadium.

TAHLEQUAH [mdash] Visitation is this Thursday from 9 -5. Memorial is this Friday at 10. Hart Funeral Home.