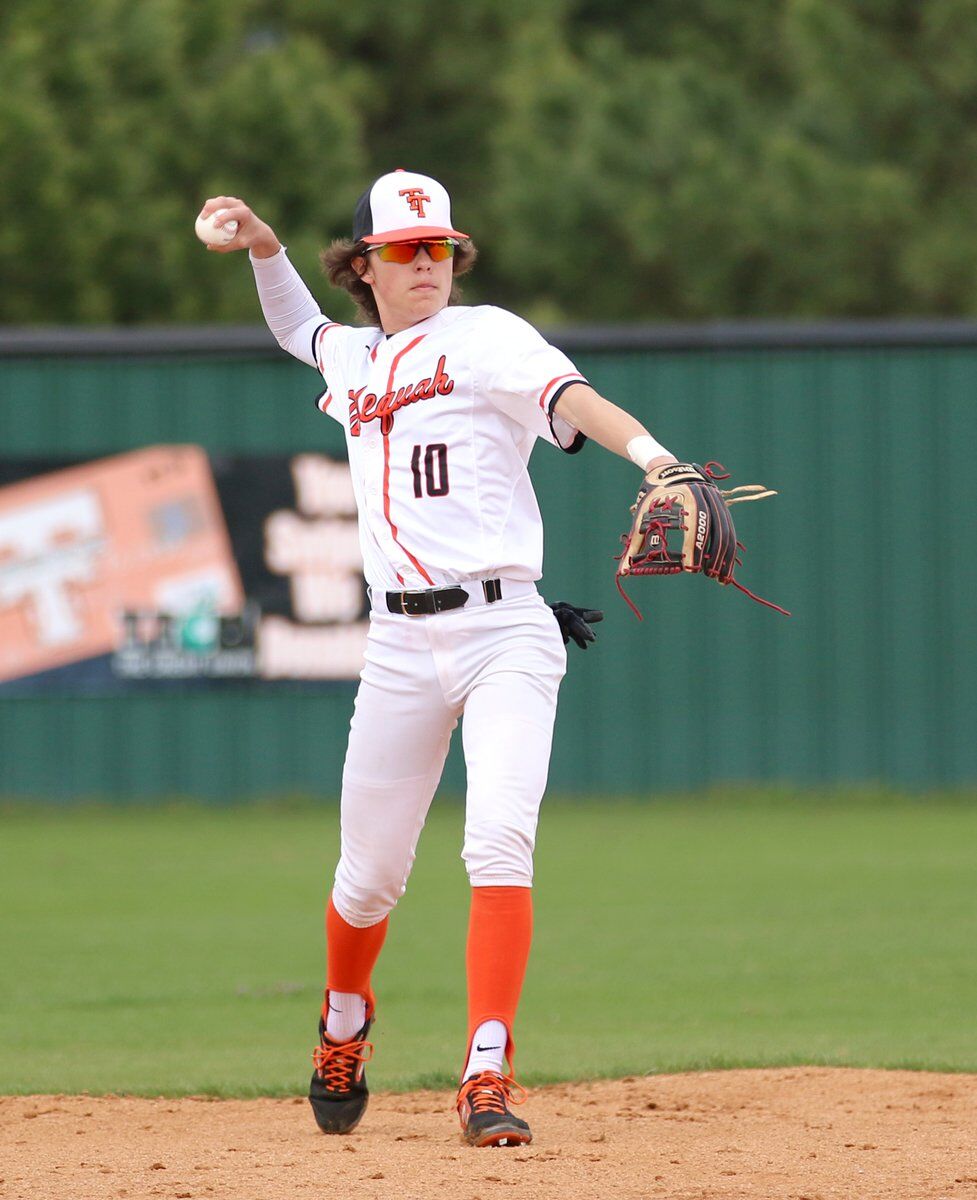 Race Stopp had one of Tahlequah's five hits Thursday against Victory Christian. 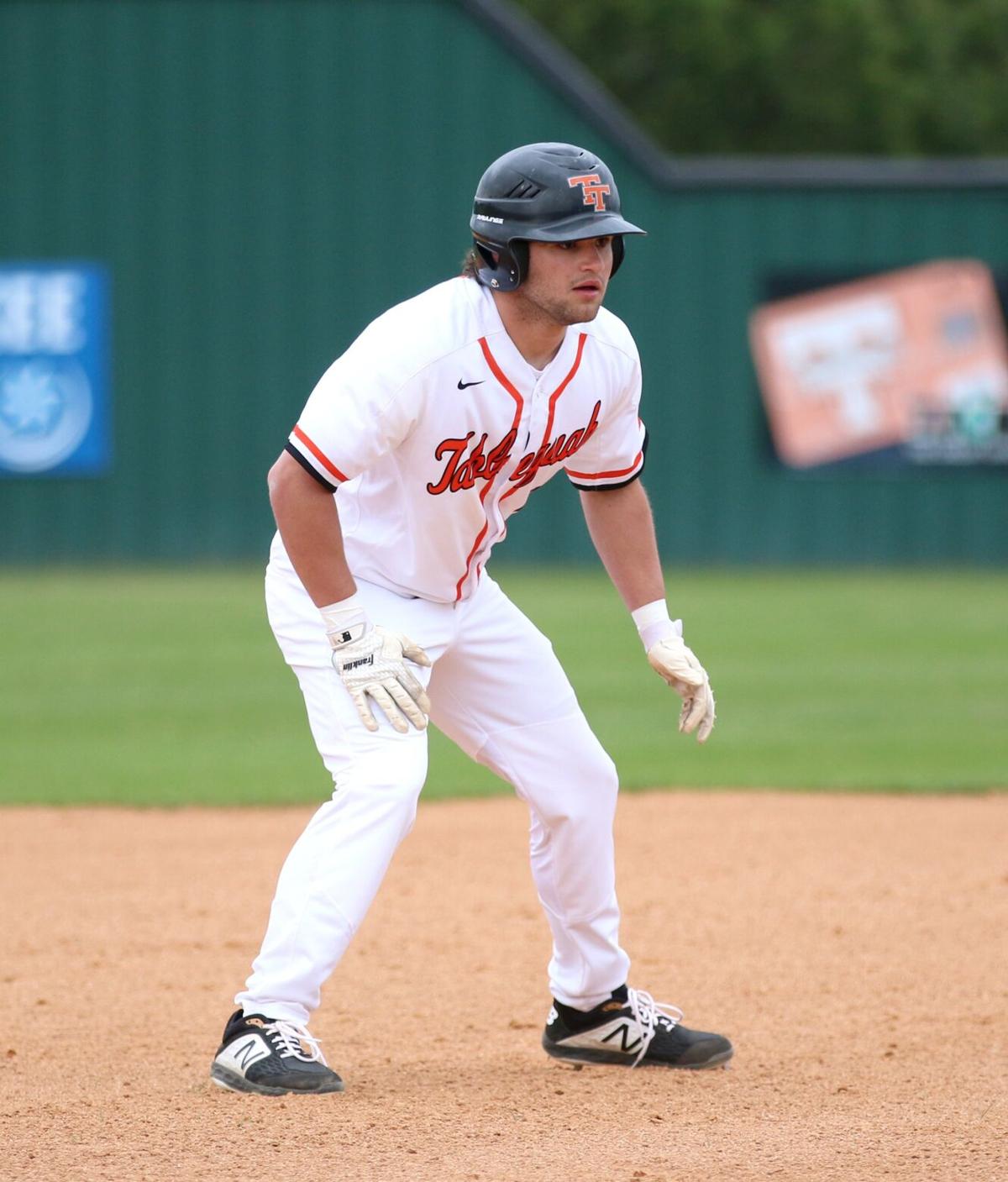 Tahlequah senior Brody Bouher had a double and drove in three runs Thursday in the Tigers' 11-8 win over Miami at the Victory Christian Tournament in Tulsa.

Race Stopp had one of Tahlequah's five hits Thursday against Victory Christian.

Tahlequah senior Brody Bouher had a double and drove in three runs Thursday in the Tigers' 11-8 win over Miami at the Victory Christian Tournament in Tulsa.

Brody Bouher and Dylan Leep each drove in three runs and sparked Tahlequah to an 11-8 win Thursday on the opening day of the Victory Christian Tournament in Tulsa.

Two of Bouher’s RBIs came on a two-run double to left field during a seven-run third inning that put the Tigers on the scoreboard after getting in an early 4-0 hole. Boher drove in Eli Gibson and Bradley Pruitt.

Leep later delivered a bases-clearing triple to center that pushed across Tanner Christian, Luke Chaffin and Shaw Thornton to give the Tigers a 6-4 advantage. Gibson knocked in the final run of the third on an RBI groundout that scored Leep from third base.

Tahlequah, who fell 5-1 to Victory Christian in its second game Thursday, is 6-8 under head coach Bret Bouher.

Against Miami, the Tigers also got offensive production from Gibson, who led with two hits. Gibson had a double and two runs scored and drove in one run.

Tahlequah, who closed with five hits, had one hit from Christian. The Tigers scored two runs apiece in the fourth and fifth innings to extend their lead to 11-4. Christian had a one-out RBI single to plate Tyler Joice in the fourth, and Bouher brought across Gibson on an RBI groundout in the fifth.

Senior Caleb Davis earned the win in relief on the mound. Davis allowed one earned run on two hits in three innings, while striking out four and issuing one walk.

In a starting role, Gibson gave up one earned run on three hits in 2.1 innings of work. Gibson registered four strikeouts and walked three. Brayden Nothingham and Thornton both pitched in relief, allowing a combined four earned runs on five hits.

Tahlequah’s lone run in the loss to Victory Christian came on a Leep groundout to shortstop in the sixth inning that scored Chaffin.

The Tigers finished with five hits — doubles from Christian and Thornton, and singles from Chaffin, Leep and Race Stopp.

Christian took the loss as the starter on the mound. Christian gave up two earned runs on two hits and recorded a pair of strikeouts. In three innings of relief, Thornton allowed one earned run on three hits and posted two strikeouts.

Tahlequah will continue play in the tournament on Friday.