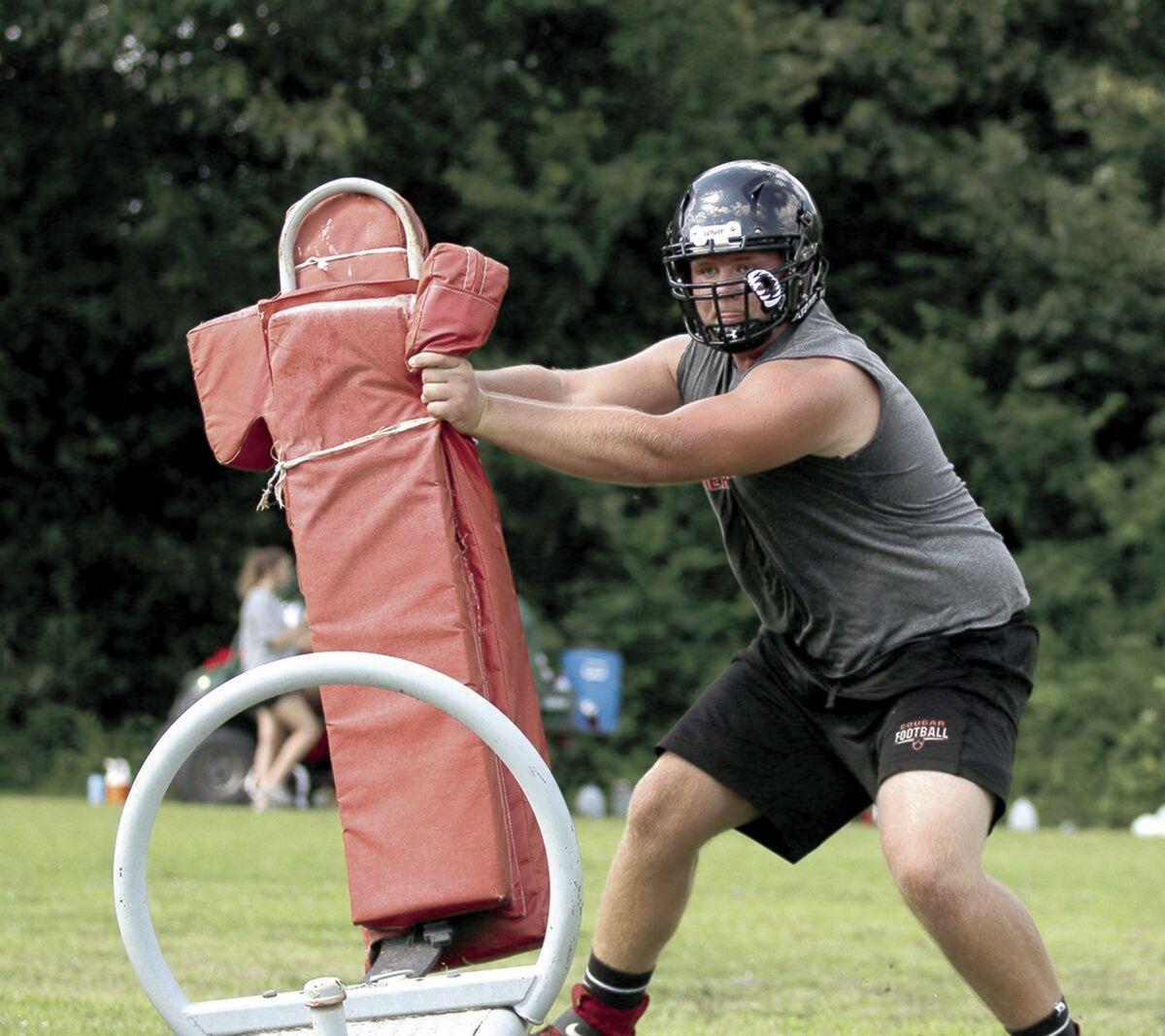 Keys senior defensive lineman Tristan Howe was selected the District 2A-5 Nose Guard of the Year. Howe had 34 tackles and two sacks in 2020. 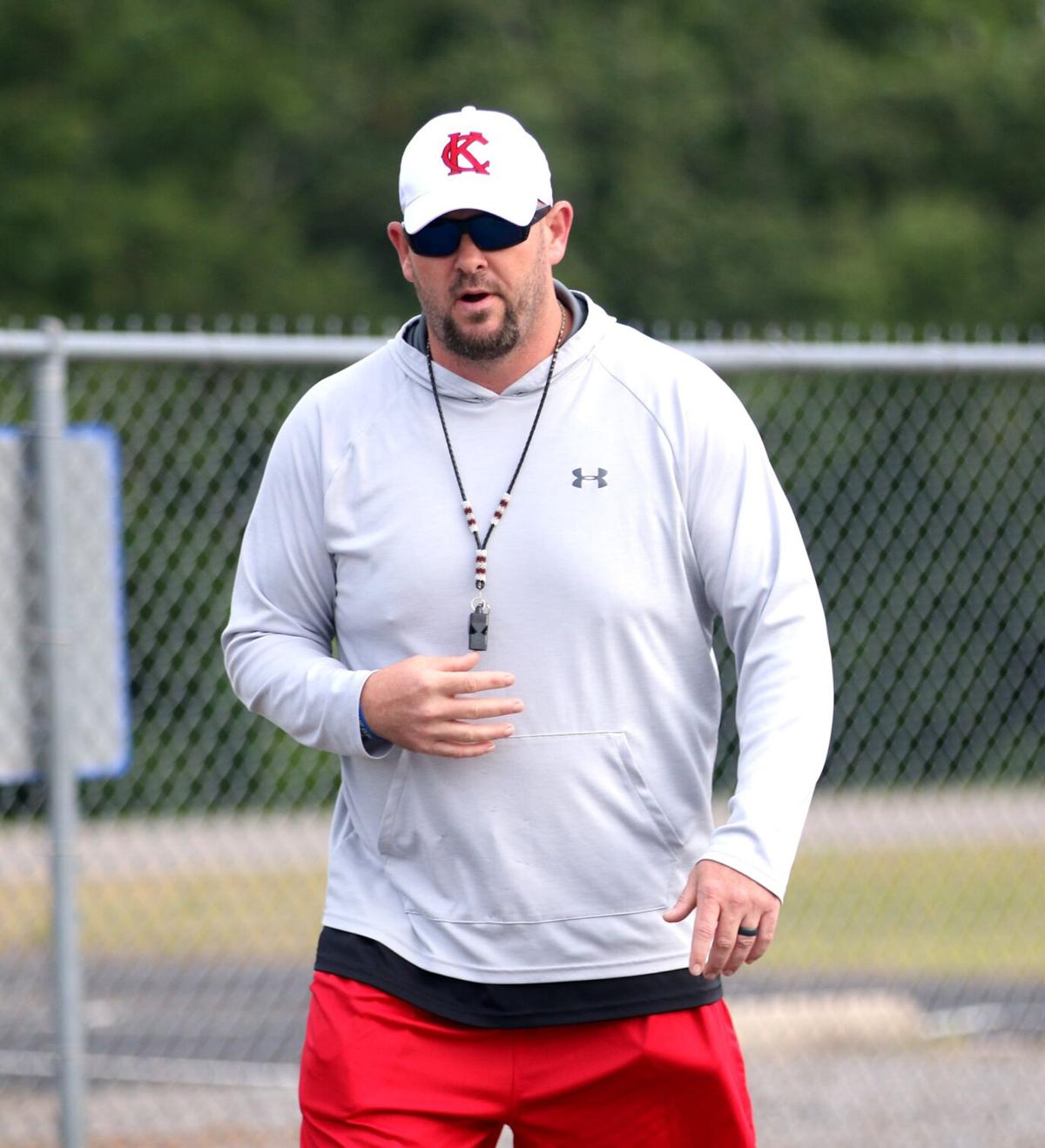 Keys head coach Adam Hass has been named the District 2A-5 Coach of the Year. Hass, in his first season as a head coach, guided the Cougars to a 5-8 overall record.

Keys senior defensive lineman Tristan Howe was selected the District 2A-5 Nose Guard of the Year. Howe had 34 tackles and two sacks in 2020.

Keys head coach Adam Hass has been named the District 2A-5 Coach of the Year. Hass, in his first season as a head coach, guided the Cougars to a 5-8 overall record.

Adam Hass was shocked when he first heard he had been named the District 2A-5 Coach of the Year.

Hass guided Keys to a 5-8 overall record and the deepest playoff run in program history in his first season as a head coach with the Cougars.

“I was floored and shocked,” Hass said. “I’m honored, but I don’t do this job for those things. I think we approached things with an open mind and did what was going to be best for the kids. Probably the big thing for me this year was the character building that we did. Every Monday, we had a character building session before practice. A big thing for me was trying to help these guys become better human beings, better men.”

The Cougars made most of their noise over a two-week stretch in the postseason. They started with a come-from-behind 50-26 win at Hugo in the opening round of the playoffs, and followed with an upset win over fourth-ranked Casica Hall, 16-14, in Tulsa. Their season came to an end with a 52-14 loss at No. 10 Beggs. Keys had three regular season wins, including back-to-back victories over Pocola (58-8) and Heavener (35-6). The Cougars, who started 0-4, also defeated Panama, 27-14, in week nine.

Five Keys players were also honored as part of the 2A-5 All-District Team.

“It was awesome for Tristan to get that honor,” Hass said. “He missed four games this season and they still voted him in, which says a lot to me. He’s a great player and he’s very deserving. One of my wishes is that I could’ve been with him for four years.”

Senior Jordan Andrews was voted as the Punter of the Year. Andrews averaged 28.5 yards per punt, but it was his accuracy with ball placement that stood out to Hass.

“I asked Jordan to directionally punt a lot,” Hass said. “The punting average doesn’t tell the whole story. He did an outstanding job for us. Jordan’s a selfless player and I’m going to miss him.”

Freshman Austin Davis was named the Co-Newcomer of the Year, along with Pocola’s Garrett Scout. Davis led the Cougars with 62 tackles as an inside linebacker and also took every snap as the center on the offensive line. Davis had a fumble recovery and one interception.

“To be a freshman and take every snap at center is a big deal. That’s a tough job,” Hass said. “Austin is going to be a great player. He’s very coachable and he’s a tough kid.”

“They did a heck of a job this year for us,” Hass said of Trammel and Aliya.

Defensively, junior linebacker Levi Troyer had 54 tackles, one fumble recovery and an interception, while Taylor led Keys with seven interceptions and posted 35 tackles.

Vian quarterback/cornerback Javyn Wright was selected the Most Valuable Player, Spiro running back Conner Rodgers was picked the Offensive Player of the Year, and Vian defensive lineman Solomon Wright and Cascia Hall linebacker Dylan Wilson were chosen the Co-Defensive Players of the Year.